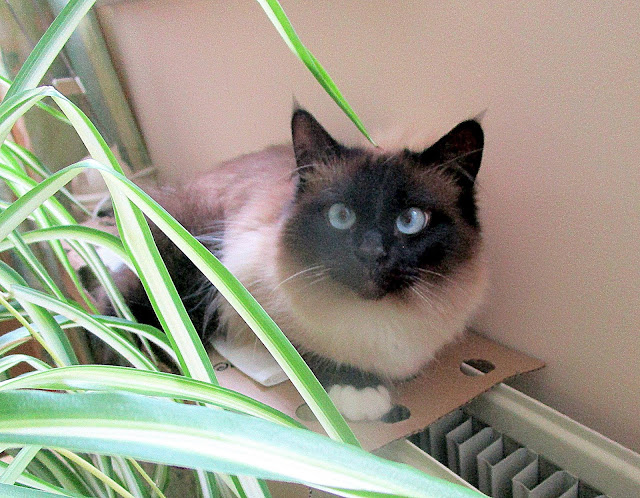 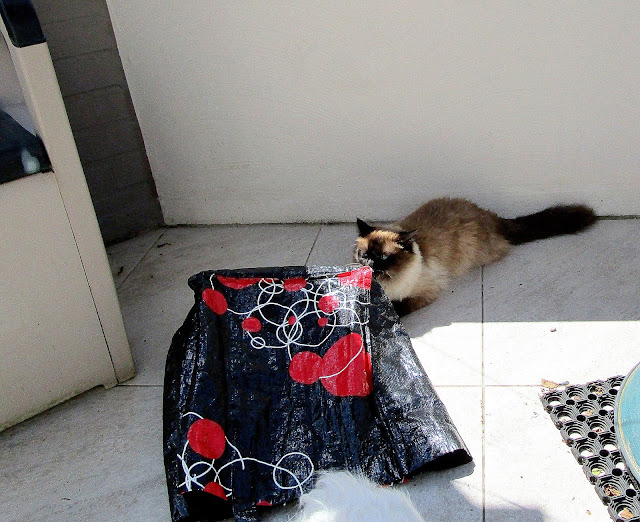 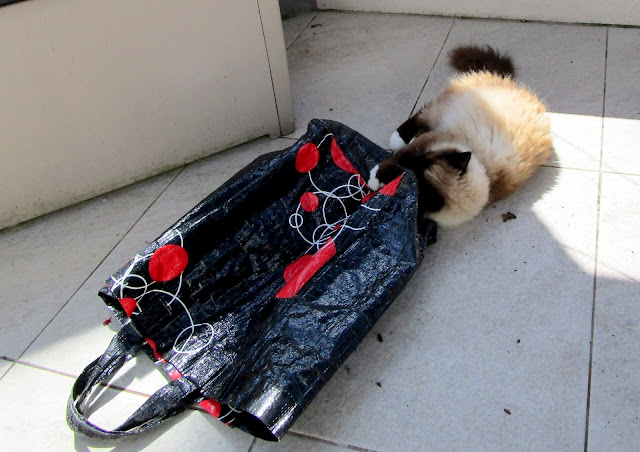 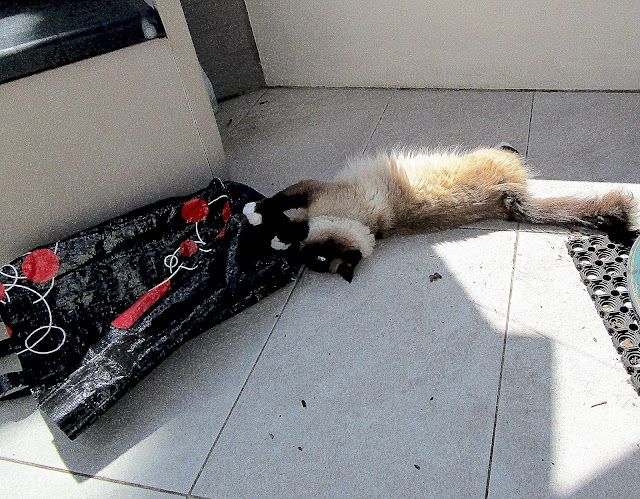 How do I get into this bag ? It smells so nicely another cat !

Since nearly a week our weathermen announce hot to very hot weather 35°/40°C (86/104). People start to panic because the majority has no airco, only in the malls and shops.

On Saturday we should have reached the 35° but only arrived to 24° which wasn't very hot. Anyway I stayed home and whispered or croaked to husband and cats. Fortunately Mr. G. had his Formula 1 and was in France virtually sticking on the screen. I sorted out my pictures and rested my voice. Fortunately nobody called ! I felt lousy and weak and dragged myself from computer chair to sofa and the other way around.

When I woke up this morning, the sun was shining and it was already warm at 8 am. I did like they do in Italy, I opened all windows and cooled the house  then I closed them all and let down the shutters. Now the whole house is dark only in the living I left a shutter open. Before the Air con time that was the only mean to keep the house cool. 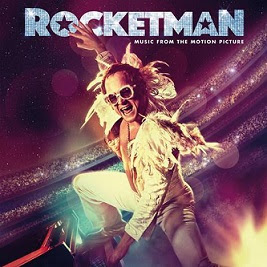 Feeling better, I went to the cinema. It was the first time in my life that I went alone ! It had never happened before, but I wanted to see "Rocket Man" the early life of Elton John, and it was the last day ! The film started with an AA (Anonymous Alcoholics) session where he appeared in a devil like costume and ended when he stopped drinking and drugs. I shouldn't have compared it to the Freddy Mercury film Bohemian Rhapsody, because I was a bit disappointed.

I had seen Elton John twice in Brussels, in his wild and fancy period, where he played piano standing on one hand with legs up and playing with the other ! What a performance. The second time he was already a Sir and a brave family father Elton John concert 2010. He was extremely polite, stood up after each song and bowed in front of the public. He was dressed in a dark blue suit and wore a tie ! What a difference ! But his voice was even better I thought. 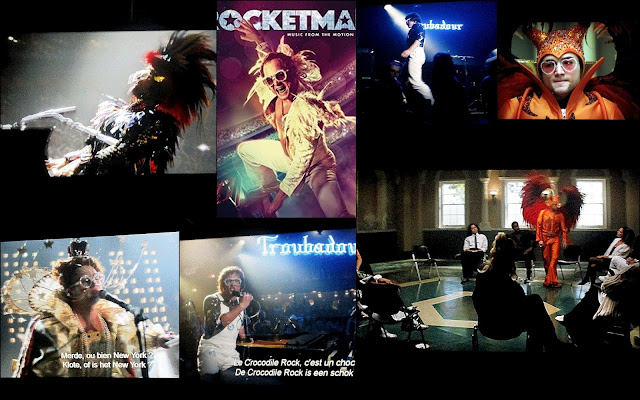 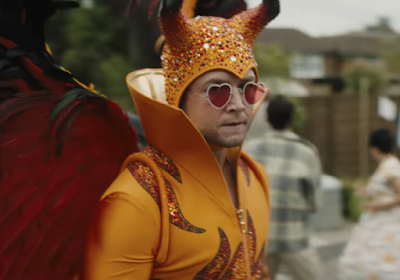 I took a few pictures from the screen, just as a memory of the movie.
Posted by Gattina at 01:08