I have been out the whole day and half dead, so this is a short statement ! 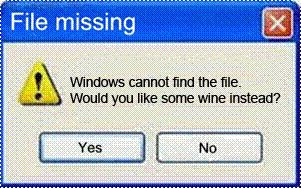 Finally a computer setting I understand.
Posted by Gattina at 06:00 7 comments:

1. I had bought fabric a few weeks ago to cover our chairs of the dining room. Finally on Monday I found the courage to do it. Dominque had cut the fabric into 6 pieces paying attention to the pattern, so it was quiet easy for me to put the seat on the fabric and fix it underneath with thumbtacks.

The old fabric was full of spots and scratches, with the new fabric we have new chairs !

2. My friend asked me to have lunch together yesterday, as today she has to go to the hospital for her breast cancer surgery. She was so stressed that she hardly could eat, I have to say it wasn't as good as last week. They served chicken in sauce in a tomatoe sauce with Tagliatelles which to me is a crime for the pasta, I had expected chips !

3. Mr. G. and I were invited for a four a clock coffee to the mother of a friend, whom I know since almost 40 years, but we hadn't seen her for a very long time. Now she has moved from Bordeau (France) to Waterloo at 88 (!) to be nearer to her daughter and family ! Not only she had left her country where she had lived her whole life but also the house and the furniture, she just had taken along what she needed to move into a very beautiful flat in a new built building. She really is amazing !
Getting old like this is a pleasure !

3. Our yearly painting class exposition is approaching, so I bought a few things for the decoration, as I am in charge for that together with another classmate.

Here is what I bought, of course I still have things from the year before. But this time the Exposition is so close to Halloween that I thought I will introduce this to those who don't know what it is.

4. I also went to the city hall with posters of our exposition, so that they can stick it on the walls

I admired this cute little car which is used by the city employes as an example for the environment, it doesn't run with petrol but it is electric. You have to charge the battery like for a mobile phone. I think it's the ideal car for driving in the city for shopping ! No problem with the
parking space and increasing petrol prices !

5. As summer seems to be definitively over I sorted out some clothing and had a quiet huge mountain of cardigans, T-shirts and pullovers which I don't wear anymore. There was also a handbag and I gave the whole stuff to my cleaning woman, who was very pleased. Today I was looking for my mobile phone. Mr. G. called me, we listened in the whole house, nothing. Then it was the voice mail. I checked all my jeans, trousers, anoraks, coats, handbags everything with a pocket, nothing. Suddenly I remembered I had put my mobile in the handbag I had given to my cleaning women and it was in a little side pocket. I called her and asked if she had it and yes after checking she found it ! I was relieved !! I think I should wear it around my neck !
Posted by Gattina at 06:00 9 comments:

WHAT DOES ZERO MEAN ?

Z is the ideal letter to describe Zero. To my surprise when I wanted to know what zero exactly meant I found a whole page about it here in Wikipedia !

To me zero has often a negative sense, because if you are a zero in life, it's rather sad for you and at school too a zero is not well seen at all.

When you are born you wear size zero, after growing up each zero added to your size especially concerning clothes or the waist can be rather depressing.

Temperatures around zero are not very enjoyable either unless you are a fan of wintersports. Although there is a difference between the Celius zero or the Fahrenheit. But for both : it's cold !

But zero can also have a very happy meaning ! for example if you get a bill to pay of an amount of 0, or 0 taxes to pay. Which is far better than if the zero is preceded by a number.

It's also a big difference if you win in the lottery 10 € or there are 6 zeros added to the 10 ! then you are really lucky. In elevators too it's better to get stuck on floor zero than between floor 10 or 20 ! You have the chance to get out quicker.

Conclusion, sometimes a zero is good and sometimes bad ! 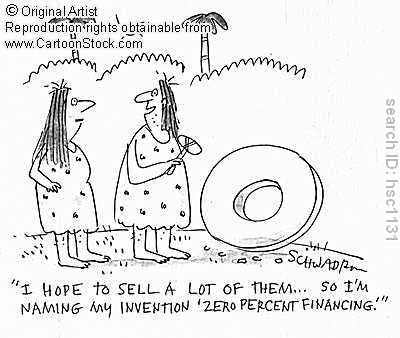 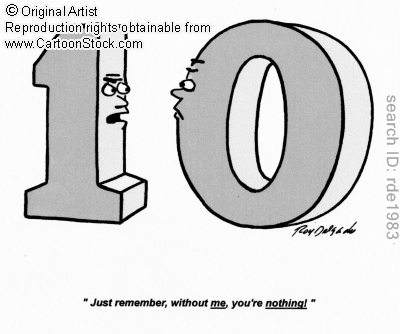 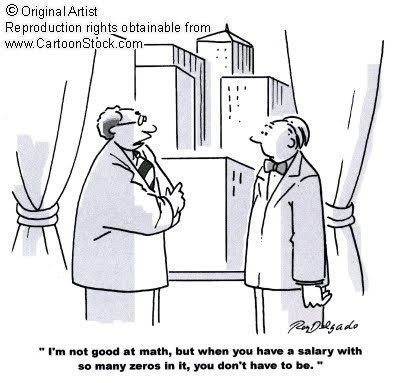 of October 8. If you participate please put the little logo on the top of your post and leave your link.

While last weekend everybody was almost complaining about the heat and we had to wear sunglasses and summer clothes, this weekend was just the opposite. We had to take out our raincoats, boots and pullovers and needed a radar to guide us through the heavy rain. It was as if the dark sky had opened and throw buckets of water on us. It was not raining cats and dogs but rather cows and horses (or hippos and elephants !)

There was not much going on because of the bad weather, therefore I did boring household stuff and laundry. To cheer me up I drove to a huge new Garden Center in a little town near Waterloo. On two floors plus an enormous outside space there were everything you wanted for inside or outside decoration, furniture, tools and of course flowers and plants. I was so impressed that I forgot to take some pictures ! I only realized that the time flew by because suddenly I was tired and I wanted to sit down, I looked on my watch 2 h had past by !

And during this time I had bought a plant, and a pot for our living room and two placemats for the kitchen.

The headlights on and the windshield wiper on maximum speed I tried to find my way home. Thanks to Madame GPS I returned safely because it was impossible to read the street signs ! Only mad people would drive in this weather.(!) In the evening News I heard of lots of accidents.

On Sunday it wasn't better. I wanted to go to a Bargain hunting which took place on a huge parking of a Shopping center (Sundays closed, therefore enough space for flea market sales) but the weather again was so bad that I only went to the Waterloo market to buy

Many people had the same idea. I also bought some freshly made green beans, mushrooms in garlic and roasted potatoes, for our supper. As Christians are not allowed to work on Sundays, I don't cook !

And because it was so depressive outside, I went to "my" Indian shop. There it is quiet and peaceful with lovely "zen" music and they offer you Indian coffee, which has nothing to do with our coffee it tastes more like tea. And to give me a little treat for this bad weather I bought this beautiful red necklace. I don't know of what it is made, because it is not out of plastic or wood. I also bought a night creme there. The benefits of this shop is helping Indian children so that they can go to school.

When I came home, Dominique was there, Mr. G. had picked her up at the airport, she returned from a pilgrimage in Turkey and Patmos(Greek Island) on the traces of St. Mary and St. John. She had enjoyed her roundtrip very much and had brought us this little tree out of semi precious stones.
It found it place of honor besides .... a cat !
Posted by Gattina at 06:00 4 comments:

HAVE YOU EVER EATEN SNAILS ? 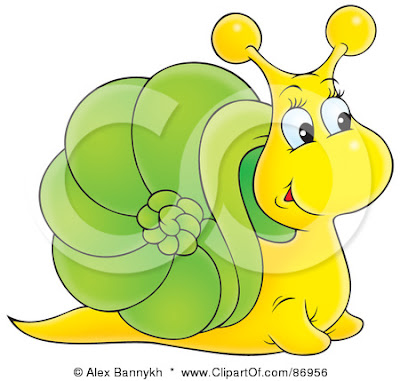 The first time in my life I have eaten snails I was about 20 when a boyfriend invited me into a restaurant and ordered something for me "as a surprise" I was and am always curious about plates I don't know and was happy about the surprise !

The starter was a plate looking like mushrooms but rather strange because they had a snail shell around. My boyfriend told me that these were snails and a gourmet plate for connoisseurs. They were served on a special metal plate and I especially liked the sauce with a lot of garlic, parsley in butter. With a nice piece of fresh french bread it really tasted good.

Unfortunately during the night I had a dream (or rather a nightmare) I dreamed that all snails crawled out of my mouth alive !! and without parsil and garlic ! So for a while I had enough from snails. 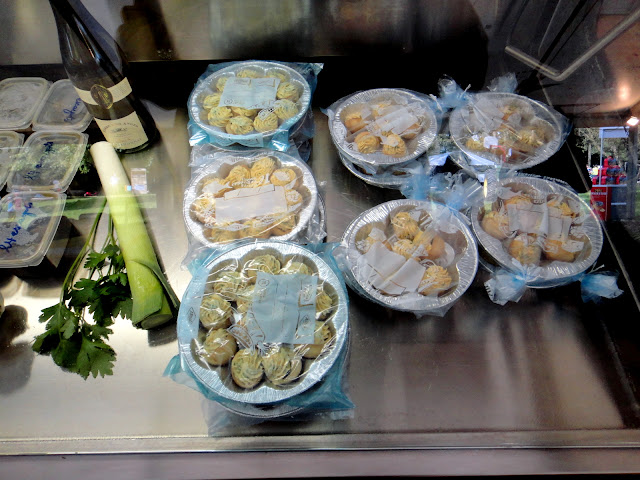 On fairs and festivals sometimes on markets already prepared snails are sold. I found these on the Waterloo Farmers market.

But later when we were invited for supper there were very often snails served as startes. Fortunately I had forgotten my awful dream and enjoyed them. We even got a snail service for our wedding. 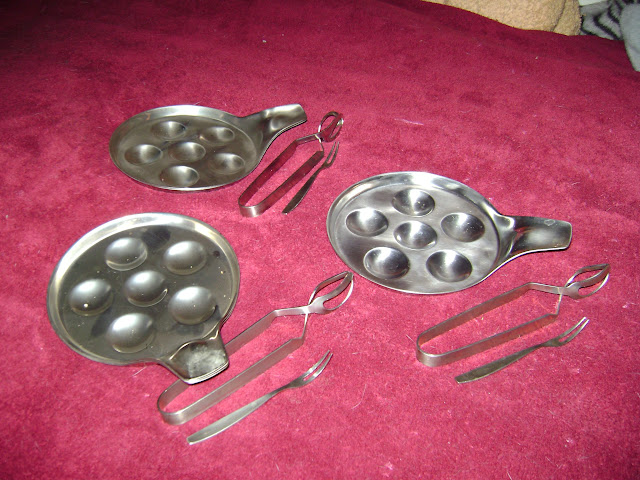 My snail service. Dishes with hollows to place the snail, a tong to hold it and a fork to pull it out of the shell.

Unfortunately one day when we had snails at a friend's, Mr. G. told me about his childhood memories from Italy when his mother collected snails from their garden and put them in a wooden box for a week so they would fasten and empty their intestins. Then they were washed, thrown in boiling water and cooked. So for him it was a completely ordinary plate which on top was very cheap so they ate it quiet often ! Nothing to do with gourmet or connoisseurs !

From that day on I couldn't eat snails anymore. I always thought about the wooden box full of snails which emptied their intestins and the boiling water where the poor things were thrown in alive !

Now I replace the snails with big mushrooms and the same sauce and it is delicious !
Posted by Gattina at 06:00 8 comments: