We had spent a very nice Christmas Eve in Amsterdam (Holland) together with our son, his girlfriend and her parents. While the parents could return home by car because they lived only around 40 km (25miles) away, we of course stayed 230 km (143 miles) would have been too far especially after an excellent meal and wine !

They live together in a small flat for the moment, because they are looking for a house to buy. But there was no problem for us. They spent the night in a friend's flat who was on holidays which was located just around the corner and we spent the night like this :

I prefered to sleep in the living room on a very comfortable sofa, because Mr. Gattino takes himself for a chainsaw during night and saws down every tree in the neighborhood and as there is a parc nearby .... you see or better hear the picture ! The best earplugs are as usefull as a japanese wall.

I was well wrapped in a sleeping bag which our son had bought for Iceland ! So you can imagine that I didn't freeze to dead ! 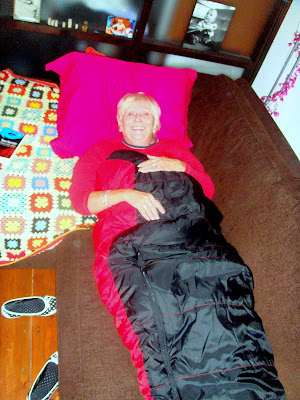 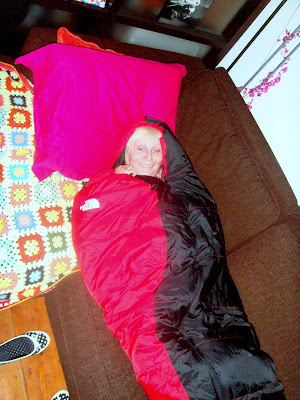 I could even cover my head ! I slept like a baby !

For Mr. Gattino it was slightly different. 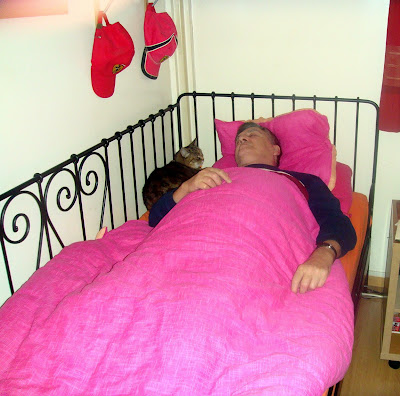 Used to sleep with his darling little cat Pookie, 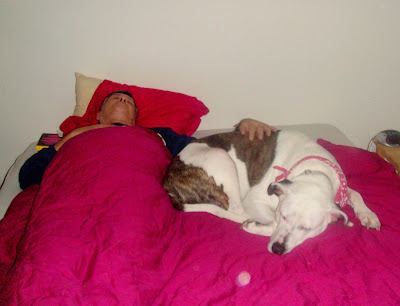 he found himself with darling dog Jersey, who was on Christmas holidays while his owner was in the UK. Dog Jersey is a "little" bigger than cat Pookie, but that didn't matter at least in the beginning. They both had enough room and Jersey folded himself to a little snail and pretended to take the place of a stamp. But during the night he unfolded slowly slowly, to the size of an elephant, slipped nearer and nearer to his sleeping partner who suddenly found himself at the edge of the (kingsize) bed without cover while little Jersey had taken over the whole bed !

We laughed a lot in the morning and Jersey made a very innocent face ! 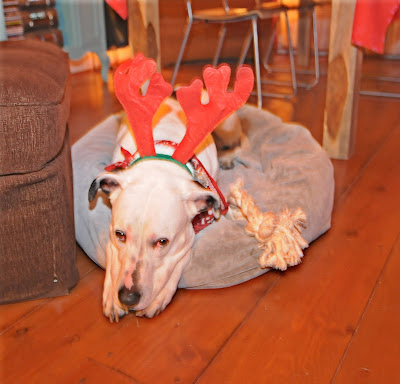 SHOW & TELL - What I found under the tree


A morning after Christmas it is easy to show and tell about something ! For example I can show you what I found under the Christmas tree ! 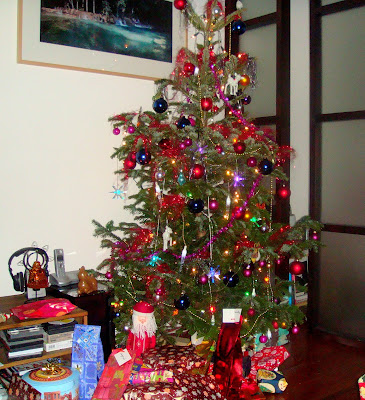 We celebrated in Amsterdam (Holland) together with our son his girlfriend and her parents.
When we arrived we saw this beautiful tree and underneath a lot of packages ! 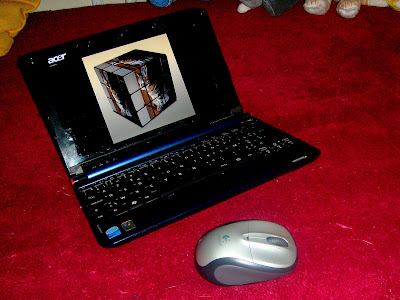 For me I found a wireless mouse for my Baby (travel) laptop ! 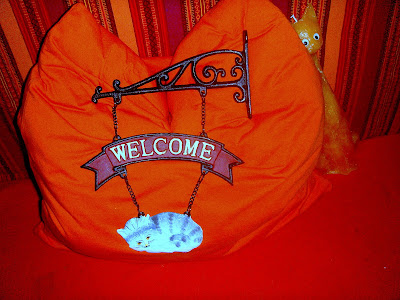 A beautiful wrought iron welcome sign of course with a cat. Now Mr. Gattino has to hang it besides the entrance door. 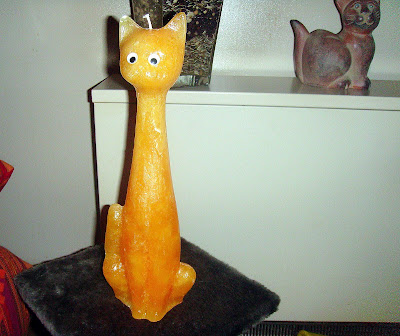 a big cat candle which I would never light ! 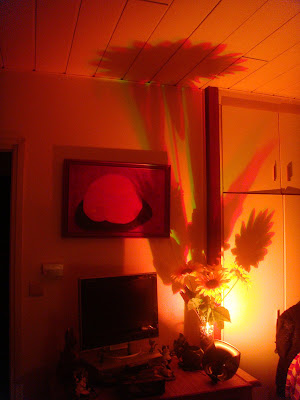 and a very special lamp. It's called "Living colors"especially designed to create your own ambiance in your room through colour and light. With a remote control you can choose your favourite colour to create an ambience to reflect your mood. A rainbow colour ring, a glowing orange sunset, or a flash of violet or fuchsia.

When your well being depends on light as it is my case such a lamp is a wonderful invention !
Posted by Gattina at 07:25 13 comments:

To all of you wherever your live in this world !

If you want to visit the Brussels Christmas market come with me here
Posted by Gattina at 05:40 8 comments:

and this is me today ! I catched a cold just before Christmas !

To see "That's my world" pictures (fortunately not from today) please go here
Posted by Gattina at 06:00 7 comments:

No Fun Monday BUT A FUNNY PARTY

Each year we organize a little Christmas party in our painting course.

These Santas were made by the residents of the retirement home where we have our painting cours on thursday mornings.

It is at the same time the dancing room and room for shows for the residents of the retirement home. 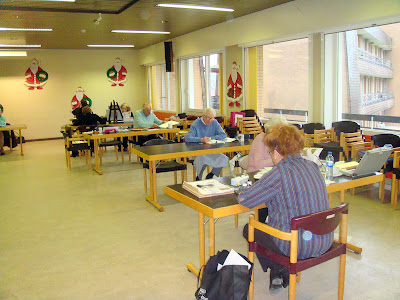 First of course we worked a bit

Then somebody opened the bottles of champagne

Our teacher (left) and the organizing lady (right) started to cut the traditional "Bûches de Noêl" (Christmas logs) In Belgium and France it wouldn't be Christmas without this cake !

the table is prepared

and the Christmas logs ready for us ! One was in chocolate, one with coffee and one with white cream

Standing in line to get a piece

It took no time and every package was empty ! We had a lot of fun of course !

and these two ladies made Belgian wafers for the residents in the entrance hall. It smelled delicious everywhere !
Posted by Gattina at 05:45 11 comments:

On tuesday I took the train to Cologne (Germany) to visit the Christmas market.

It was all around the famous Kölner Dom Cologne Cathedral

a quite special Nativity scene was in front of the Cathedral

Many, many food stands !

"screwed" Artwork ! Little figures all made out of metal and screws !

cute little ceramic houses to built up a little village

Even a fancy hairdresser working with long hairneedles

and so many different angels ! That was the first thing we noticed, instead of Santa ornaments there were angels in all forms and sizes !
Posted by Gattina at 05:17 19 comments: