As I wrote a daily report of my holidays in South France there are only two faves left !

Claudie wanted to check an educative farm before she takes her class there, all little once from 3 to 4 ! 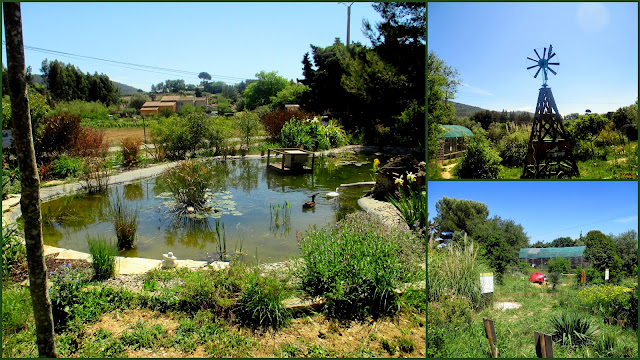 It was very nicely done there were ducks, little playgrounds and a lot of explanations concerning environment, how plants grow etc. 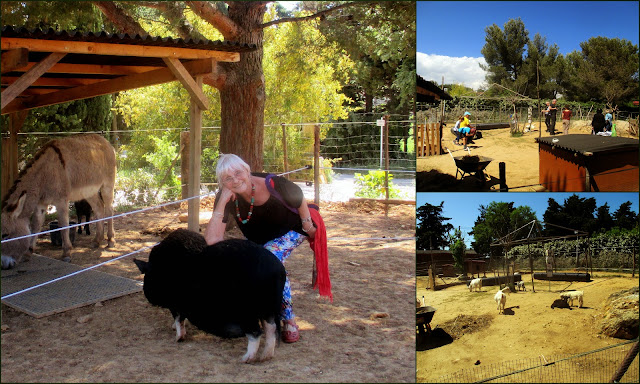 And of course a lot of animals, donkeys, rapids, goats, and an adorable black little pig, which fell in love with me. He liked to be scratched behind his ears, washed my shoes and followed me. His name was Jo Jo. I just wished I could take him with me. My cats would certainly have a lot of fun ! 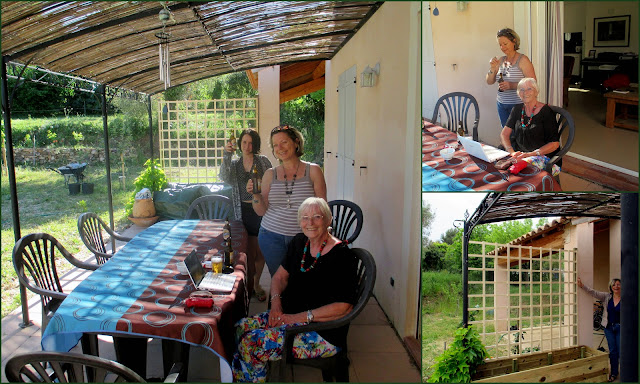 In the evening Claudie's daughter arrived she hadn't seen the new flower pot yet with the grid her father had built in two days. We had a nice supper together and of course a lot of fun too ! 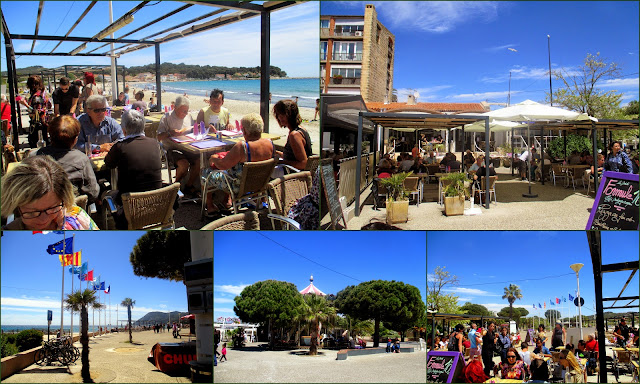 The next day Claudie had piano lessons in a nearby little town La Seyne. First we had lunch together at the beach and then I spent the whole time at the beach while she attended her piano lessons. It was warm and sunny I had taken my Kindle with me, read my book and watched people.

In the evening I noticed that I had taken quite some colors !

On Saturday my holidays are finished and I fly back to Belgium into the cold and rainy weather.

As I am on holidays I ran out of ideas for the letter Y. But there is "Yesterday" so I thought I write about what we did yesterday !

We went to Castellet a charming little village in the mountains. 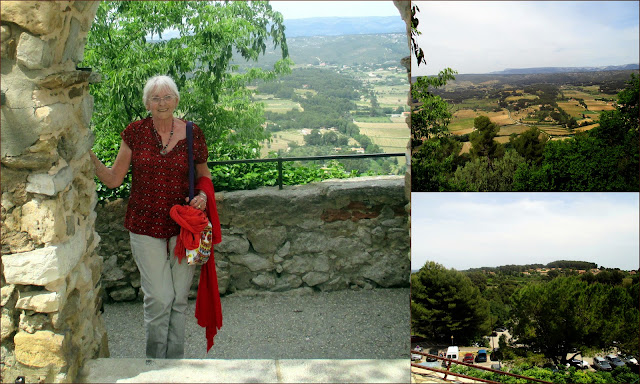 The views from above the village on the valley were very beautiful. 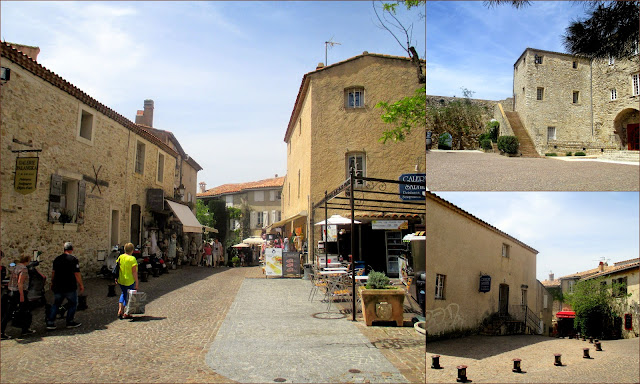 The houses were old and there were lots of little shops with local specialities, wine, herbes, etc 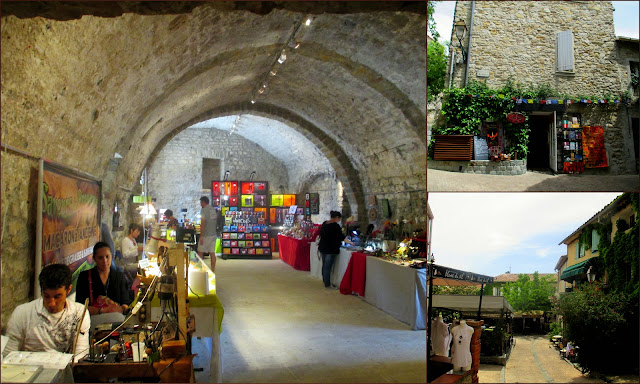 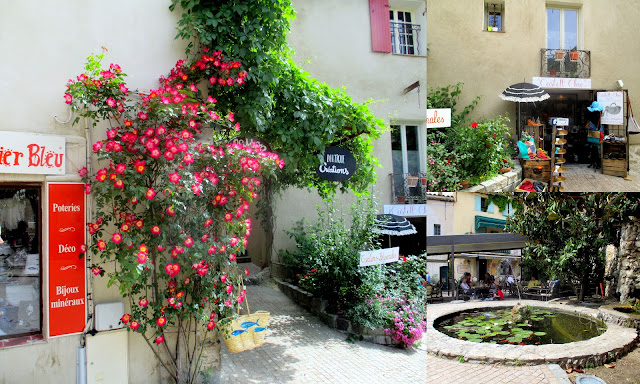 Beautiful flowers growing up the houses 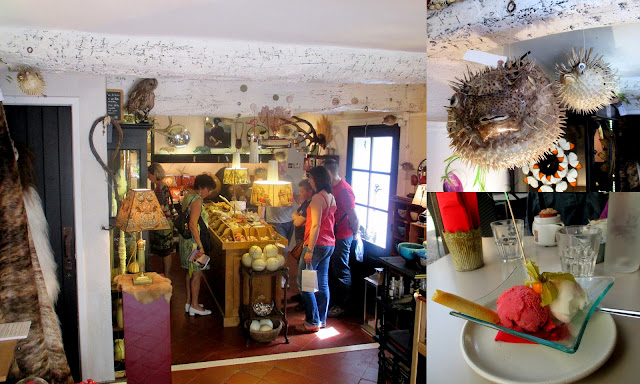 We walked through the village and stopped in the shops, there were some funny things like the fish above in the picture. We then ended our visit with an ice cream and returned home. 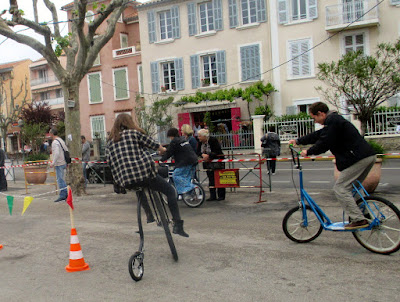 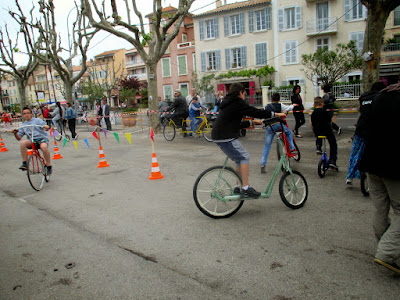 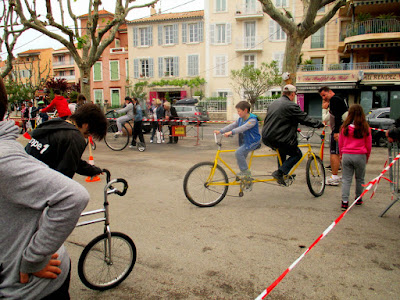 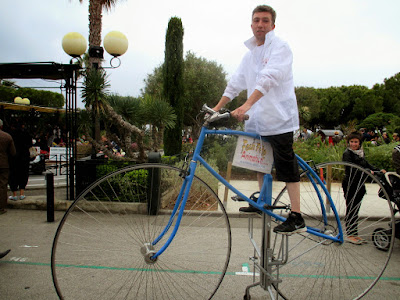 After the big excursion of yesterday, we were a little lazy and preferred to stay home. 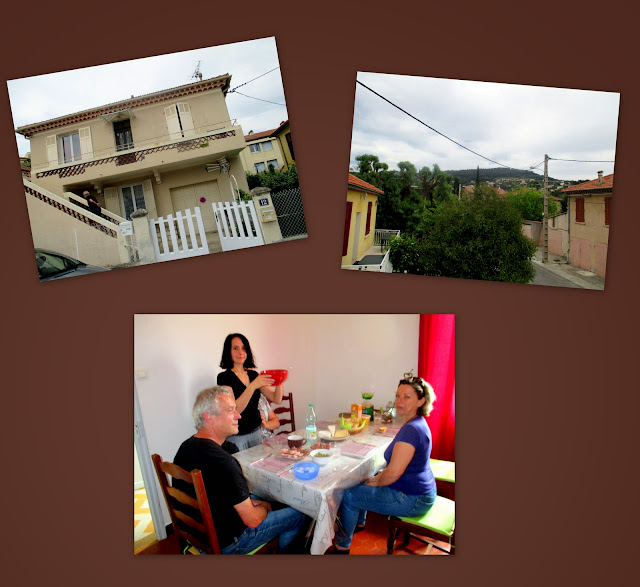 At noon we were invited for lunch at Claudie's daughters, who lives together with her boyfriend on the second floor of this charming house. They have a lovely apartment with beautiful views. We had a nice brunch and spent a nice time. 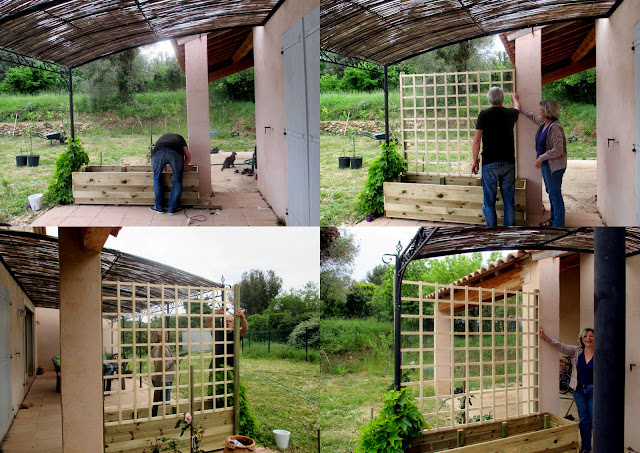 The afternoon Claudie and I spent laying on the deckchairs enjoying the warm sunshine, while her husband finished the flower pot and hammered together a grid. When it was finished Claudie posed ! It looks really beautiful, even empty. 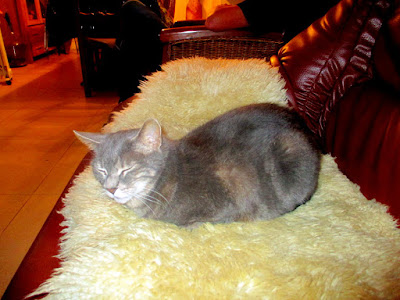 And in the evening I felt as if I was home with Claudie's cat sleeping besides me.
Posted by Gattina at 06:30 7 comments:

On  Saturday morning we quickly went to buy two beach chairs because we wanted to have a lazy day and take some sunshine. I also bought a suncream but didn't notice that it was one with glitter ! I didn't even know that such cremes existed. When I had put the cream on my skin, Claudie started to laugh because all parts of my body, face included glittered in the sunshine ! And while we were enjoying the sun, her husband built a flower pot. 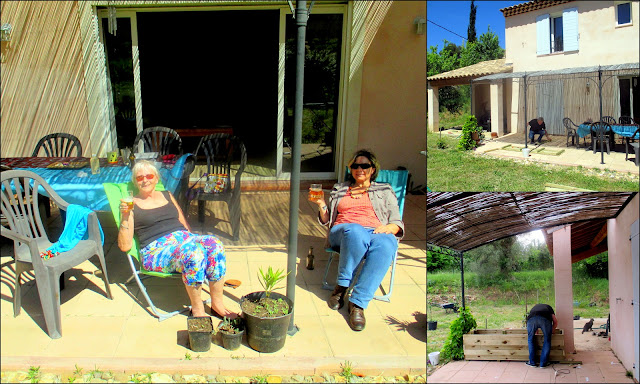 When it was finished I asked him to make my coffin, because he is really very talented ! 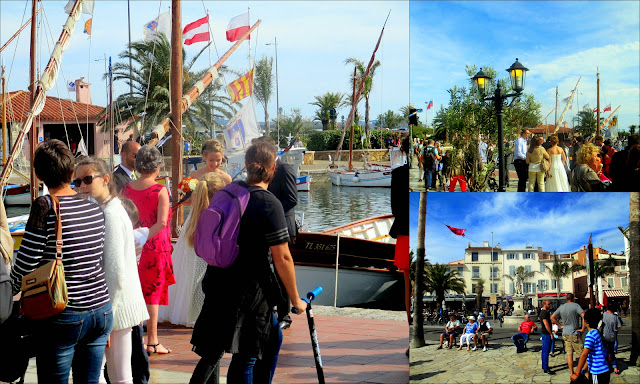 Late afternoon we drove to the Sanary habour for a drink and watched people, there was a wedding photo shooting going on. The bride looked very pretty.

Before going to bed I tried to get rid of the glitter ! I scrubbed and scrubbed, but the next day I still had some glitter on my arms ! Apparently I will glitter during the whole stay !

The next day we went together with Claudie's sister and husband to a stone quarry in Baux. 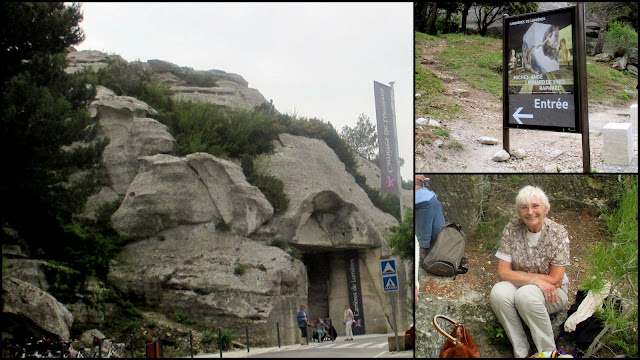 Inside was a light show with paintings of Leonardo da Vinci, Raphael and Michel Angelo. Before we entered the quarry, we had a nice picnic outside.

The show was amazing. Paintings of these painters were projected against the walls ! It was very impressive. 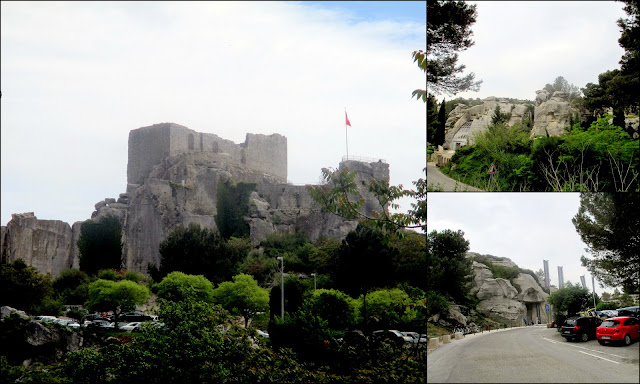 After the show we climbed up the mountain leading to the little village Baux, nestled in the mountains. 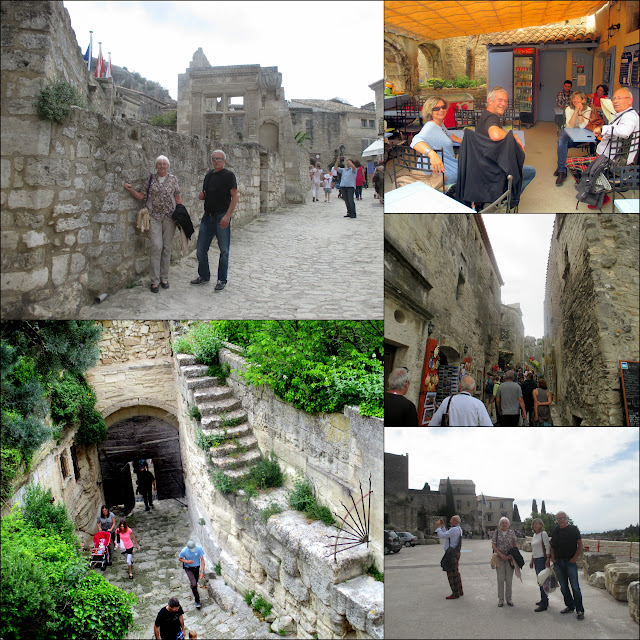 It was a very picturesque village with cobbled stones lirom ttle restaurants and bars and lots of souvenir shops. From high above we had a wonderful view into the valley.

After a coffee and  an ice cream we returned home. Wh at a wonderful and interesting day. I will write more about this stone quarry and the village Baux once I am home again.
Posted by Gattina at 06:30 9 comments: