Monday was probably the last day we could play Scrabble outside ! And we were only three, Nicole was at the sea.  ! Two experts and me ! But oh miracle I was second and Mireille always first was the last !! I had bought a "fudge" cake and a "carrot" cake which they both loved.

As usual Arthur participated and waited for whipped cream !

I started to empty Mr. G's wardrobe ! He had lost so much weight that with shirts he looked like a clothes rack. They were all too large. Instead I had ordered some nice pullovers which suits him very well. After that I felt lazy and sorted out my new pictures and put them in files. Virtual of course, in my computer.

It went shopping and it started to rain. So I hurried up to get my stuff and went home.

My aqua  gym  class has started too, I hadn't seen my classmates for 2 months, two were missing but the others were all there, some of them apparently had eaten very well during the holidays because they looked rounder as before. As I still do my Yoga exercises when I get out of my bed, I wasn't rusty at all to the big surprise of our animator.

School had officially started and our painting class too ! There were quite a lot of changes. Our administrator after 30 years of faithful services handed over officially her work to Myriam and myself. We informed the responsibles of the retirement home where we use the big room.

We had decided to put a new and fresh wind in the old system and divided the class into 3 groups. The once who do their own painting and don't really need a teacher, a group with the teacher were they learn different techniques and then a table for the "piggies" who do the pouring so that we don't spit on the others with our colors ! All the new ideas were very well welcomed and we hope that we will get a few new members because two have left us forever during the school holidays. 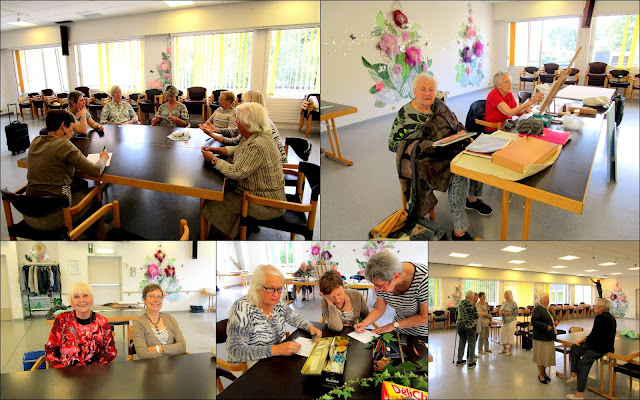 And another week went by ! Too quick !

HOW TO WAKE UP SOMEBODY SOFTLY

I was in a retirement home visiting a friend who still looked like 30. There was a room she shared with 10 other people. I asked her if that is her room, but she jumped on the bed and shouted to the others to do so too. Finally somebody looking a bit strange told me that this was a room to play and that she had her own room somewhere else.

Outside there were horses around a mall and she wanted to take me for a ride into this mall. I followed her and approached the horses, when suddenly a strong light filled the room and at the same time I felt somebody pushing on the button to open the shutters ! I opened my eyes and closed them immediately the strong light blinded me ! Gone was my friend, the horses and the retirement home, and in the middle of the room stood Mr. G telling me that it was 7 am !

In this moment I could understand a person who suddenly becomes a killer ! 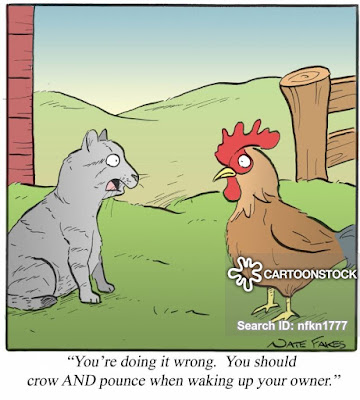 Linking to One liner Wednesday
Posted by Gattina at 08:26 4 comments:

Labels: One Liner Wednesday, Wake up 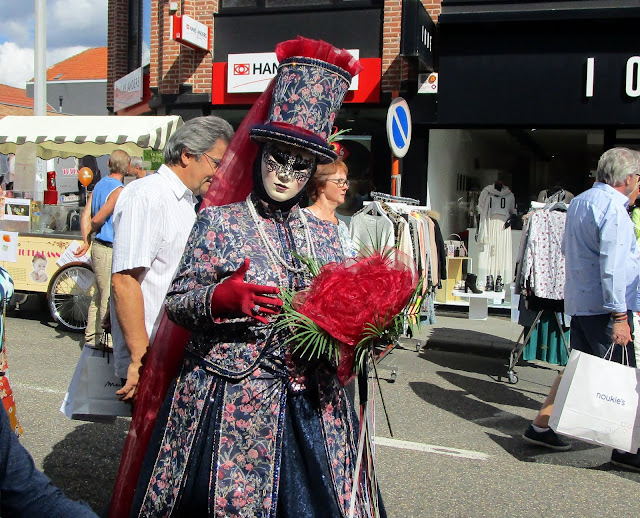 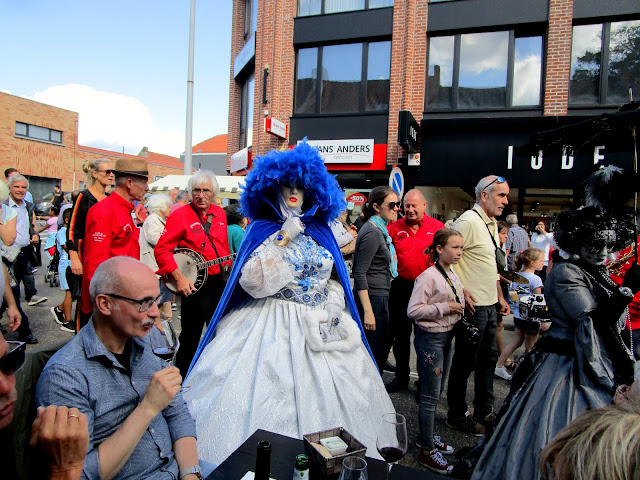 
more participants here
and Image-in-ing
Posted by Gattina at 07:00 5 comments:

On our way to Budapest we made a lunch stop in Banska Bystrica in Slovakia. 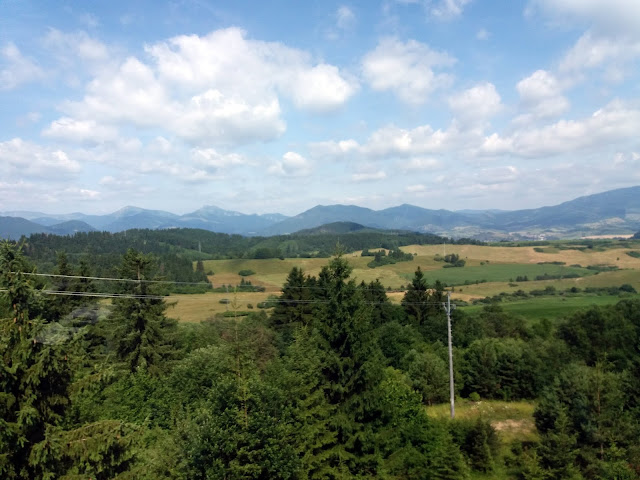 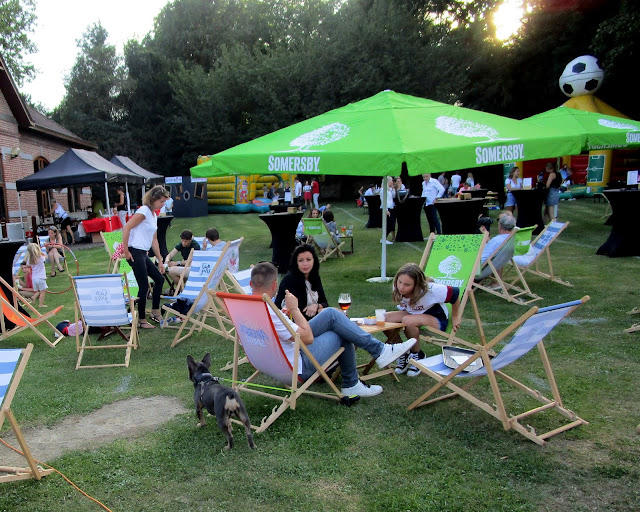 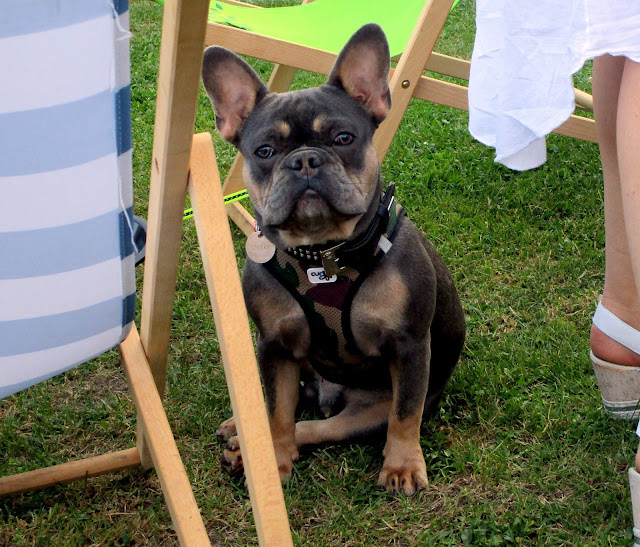 Each Friday evening during summer time Waterloo people gather in our park for a drink and snacks. Just behind me was this cute little dog !

It was a busy weekend in Waterloo (Belgium). There was street sale for the shops the Saturday 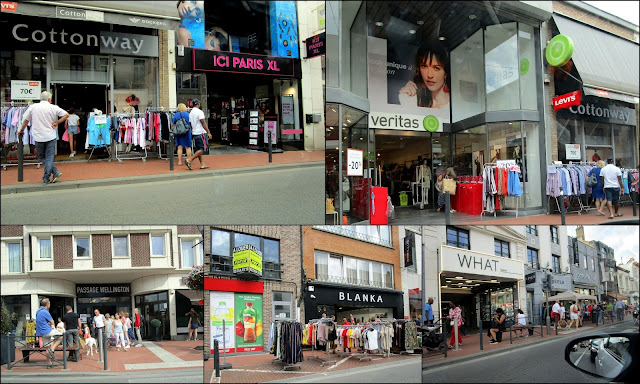 and the center was packed with people looking for a bargain. I didn't go I just went through by car and could take pictures because we moved like snails. I didn't need anything and was not in the mood to buy something either.

Instead I went to Myriam to talk about our Painting's class reorganization and especially publicity, we would need a few new members, sad to say, but some died and some were too old to continue.  It was still very hot 30° ! 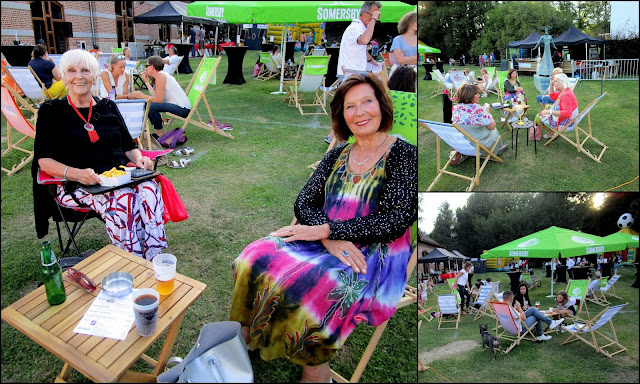 In the evening we all went to the Waterloo "Apero" it was a little cooler and there were quite a lot of people, I had bought a camping chair so I didn't have to look for a deckchair, there were a lot but apparently not enough. We had a real nice time and as usual I ate my portion of Belgian chips, which are especially good here.

Over the night we had a thunderstorm and the temperatures dropped by 10° ! It was cold !! At least I had the feeling. In the morning I did my blog stuff and in the afternoon I went to the second part of the street sales and this time also other events.

A big surprise ! A Venitian costume show went through the main street, and several orchestras in different costumes. Myriam, Ilona and I found a nice place on the street in front of an Italian restaurant and we could watch the whole show !

Suddenly a man who sat in front of me called me and showed me the orchestra who started to play a very famous Italian song. I was surprised that they sang in Italian, but then the man told me that it was for me ! Yes, they played for me. And I still don't know why ! But I was very happy !

and then we saw these men and women or couples in these beautiful Venetian costumes walking down the street ! It was a very cheerful atmosphere and everybody enjoyed our city fest very much !
Posted by Gattina at 07:00 10 comments: