THE GPS AND I 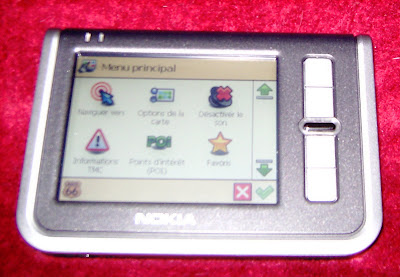 Like all children with a new toy I have to use my recently acquired GPS and therefore use it also to lead me to places where I have been a 100 times before. I tell myself that I have to get used to it and how it works.

My GPS is a lady who speaks several languages so I can choose between English, German or French amongst others. I choose french. The GPS lady and I sometimes have fights. I want to go to a place where I always took the highway because it is the quickest way, unfortunately I had asked her to show me the shortest so she wants me to go through the city during rush hours. To show her who is the boss I take the highway of course. Immediately she asks me to turn and that in the middle of the highway ! She is crazy. I ignore her and continue. She finally gives up and agrees and we stay on the highway.

But last time I got really angry with her. I asked her to go to my supermarket on the shortest way. I had especially looked up the street to give her clear instructions. The fight already started when I got out of the garage. Instead of turning left she asked me to turn right. I put my finger on my forehead and turned left. She immediately asked me to take the first exit and turn right. She is completely crazy I thought if I turn right I go in a completely other direction and not at all to my Supermarket. I remained on my left. After having ordred me for the X time to turn right (even on the chaussee !) I finally got very angry and told her to shut up. Of course she didn't so I pushed on "standby" and cut her orders off !

Now I could drive in peace to my destination and do my shopping. To return home there was no problem there we both agreed on the way to take.

At home I complained to Mr. Gattino that Mrs. GPS had misled me the whole time ! He checked and stated : Of course if you put the wrong address ! I said "what wrong address ?" and then I looked, instead of chausse de Hal I had put chaussee de Mons which of course was in a completely other direction. Now I have to present my excuses. 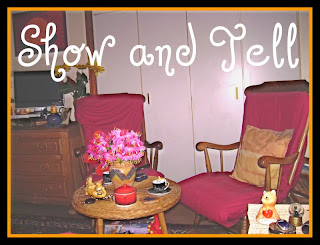 The host is Kelly

Today I make a break with my cat collection and show you some other things. 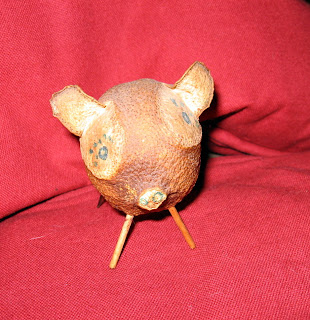 This wrinkled lemon pig, believe it or not will be 39 years old on December 6 ! I kept it as souvenir of our wedding in 1969. Besides all plates as a little decoration was such a little pig. I never thought it would keep for such a long time ! But it still stands with other souvenirs in our showcase. 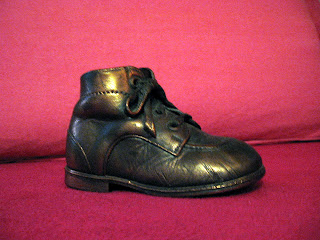 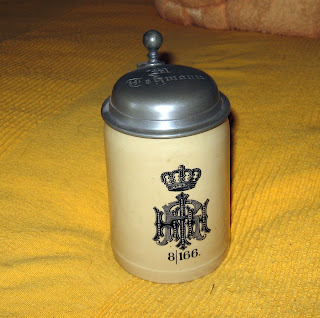 When I was a little girl, there were no beer bottles and my grandpa loved to drink his beer once he came home from work. So he send me with this beer jug in the local pub where I proudly asked to fill it up to carry it home very carefully.
Posted by Gattina at 08:38 26 comments: 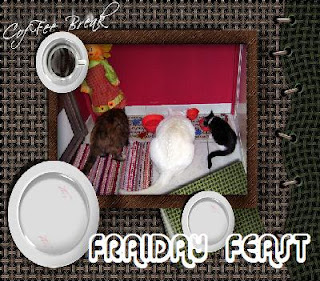 Appetizer
What is your favorite kind of cereal?

I really have no preferences because : Cereal crops or grains are mostly grasses cultivated for their edible grains or a fruit seeds (i.e., botanically a type of fruit called a caryopsis). Cereal grains are grown in greater quantities and provide more energy worldwide than any other type of crop; they are therefore staple crops. They are also a rich source of carbohydrate.
says Wikipedia.

Soup
When was the last time you purchased something for your home, what was it, and in which room did it go? It was a toilet brush holder in cat form and I put it in the bathroom because it didn't look nice in the kitchen.

Salad
What is the funniest commercial you’ve ever seen? It was for a washing powder. A fat mother holding a big bra in her hands stormed in a pub where her son was drinking peacefully a beer and told her daughter in law who was a skinny minny without boobs that she should use Dash because her bra was grey !

Main Course
Make up a name for a company by using a spice and an animal (example: Cinnamon Monkey).
Curcuma Cat Company (CCC)

Dessert
Fill in the blank: I haven’t read such stupid question since last Friday Feast and that's why it is so much fun to answer them. 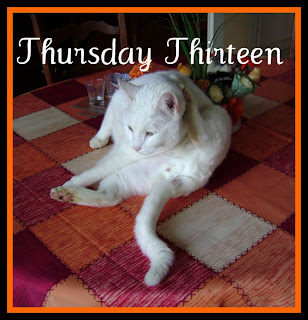 An email with 13 points addressed to you

I herewith want to thank you for all the emails I got from you during the past year, because thanks to you :

1. I have read 170 times that MSN hotmail will cancel my account

2. I accumulated around 3000 years of misfortune and I died 67 times, because I interrupted an email chain.


3. When I leave IKEA, I don't look at anybody, I am afraid that I am kidnapped, drugged and my kidnay taken out to sell it on the black market


4. I also sent all my savings to Amy Bruce, a poor little girl who was very ill and in a hospital 7000 times at least (it seems only strange to me that she is still 8 years old since 1995)


6. I signed a petition together with 3000 other people to save russian pigmy squirrels with special fur, threatened with extinction


7. I also now know what to do to never be alone again in love, I just have to write down the person's name on a piece of paper and think of him very strongly while scratching my bottom and turning around my car.


8. I have read at least 25 tons of books from the Dalai Lama and accumulated happiness for the next 4690 years.

9. I was able to participate in "save the world" by sending 100 € to an account in India

10. I had to watch my screen 50 times at night to see that famous message that a $@#:/ virus has got in and not even Microsoft, Mac Affee, or Norton Symmantec can protect me, destroying my hard disk, my stereo, my coffee machine and my ice crasher

11. I will get at least 10 packets of condoms in different shades and sizes

12. I was safed 89 times from disasters by ordering a bible each time

13. IMPORTANT !! if you don't put these 12 points down in an email and send it to at least 8500 persons in 10 sec, a dinosaur will come from the universe and devour your whole family tomorrow at 5.30 am ! 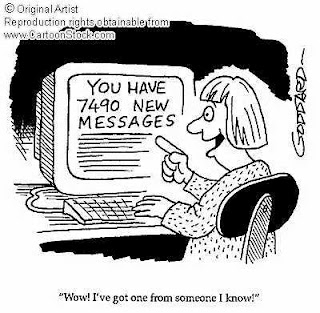 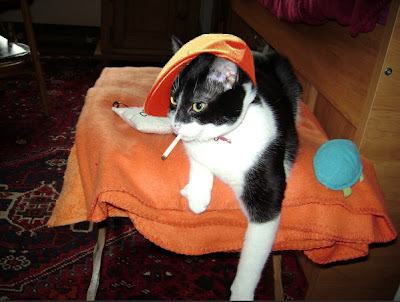 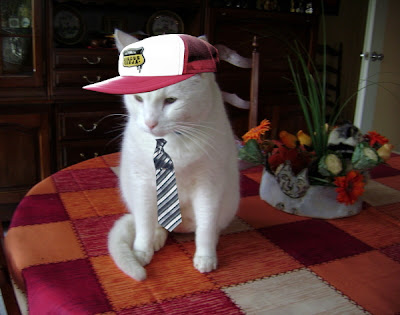 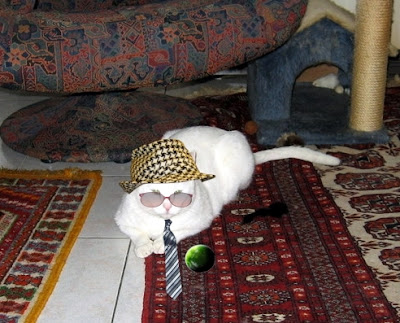 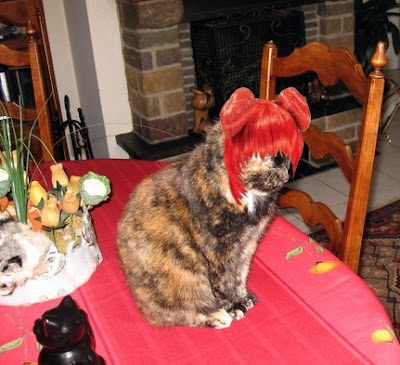 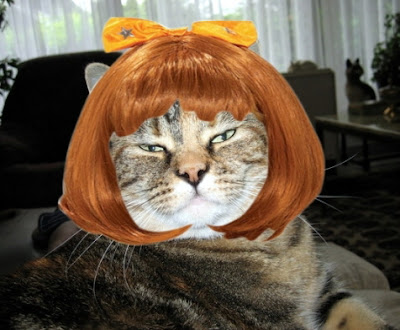 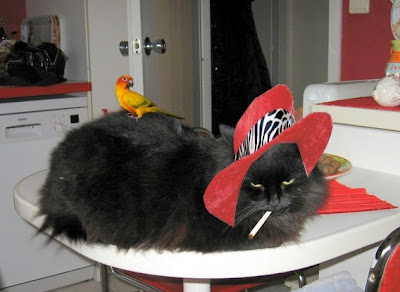 How Stressed Are You?

Try it, it could make your really wordless !

I have read the following (very important) news for you, please be informed that :

- Prince William is nicknamed ‘Billy the Fish’ by his comrades in the Royal Air Force (RAF).A source said: “The boys knew that William was officially called Flying Officer Wales within the RAF. As Wales sounded like whales, and given his name is William the obvious nickname was Billy the Fish.
For once the RAF shows that they also have phantasy

- the Queens latest grandchild James, son of Prince Edward and Sophie had to be hospitalized after falling ill with an allergic reaction. That must be the royal family ! Babies are clever !

- the Prince of Wales (Charles) loved growing vegetable at the palace. Now I understand why he has a green thumb and I not, I never could plant anything in a castle's parc !

- Crown Princess Michico from Japan dared to go into a restaurant with her parents and the Palace was shocked about this scandalous behaviour.

- Tiffany created a mobile phone in gold with diamonds for a value of 65.000 €. I only hope the futur owner will not swear on the phone, that wouldn't fit.

- a German airplane company has organized flights for nudists so that they will be comfortably naked during the flight. I certainly will take a regular flight !

- a policemen dressed up as a woman to date a 81 year old man. You should never give up hope !

- an american study revealed that marital rows are healthy and good for the relationship. I agree, reconciliations can be very nice but not with a blue eye or broken ribs.

- an underwear exposition takes place somewhere in the UK where under garments from Tudor times to the Victorian age and into the 1950s, will be shown. I wonder if they also show chastity belts, and explain to me how that worked !

- there are now Marijuana vending machines in US distributing marijuana operating in the US state of California. The machines can only be used by people who have been prescribed the drug for health reasons. Patients (???) will have to provide a prescription, and be fingerprinted and photographed before being allowed to use the facilities. I doubt that these vending machines will have a lot of success. I would prefer my regular dealer there I only need money ! 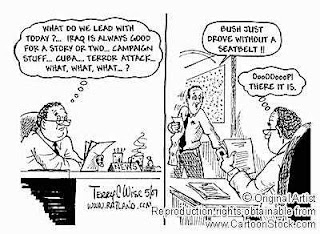 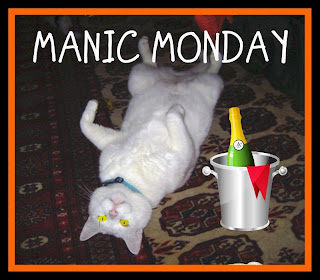 
10 Quotes about a wish or wishes

- I don't wish to be everything to everyone, but I would like to be something to someone.”

- When the gods wish to punish us, they answer our prayers.”

- What a wonderful life I've had! I only wish I'd realized it sooner”

- Men wish to be saved from the mischiefs of their vices, but not from their vices”

- A goal without a plan is just a wish.”

- Young people tell what they are doing, old people what they have done, and fools what they wish to do. 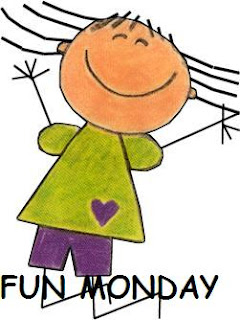 AOJ (and the Lurchers) very interested in people and not curious at all, wants to look at our bedside tables, what is on in or under ! Under I couldn't make because my table is not high enough to take a picture, but I promise you besides dust and maybe a cat toy, there is nothing ! 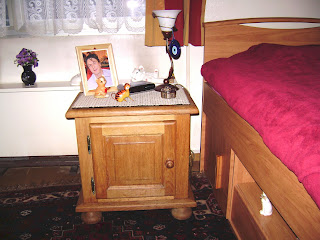 On my bedside table is nothing special besides a radio, a picture of my son, a little box for my earrings and a lamp of course. 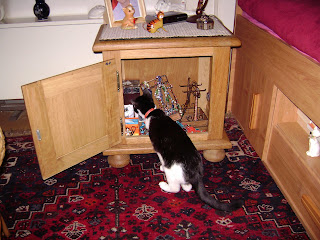 When I opened the door, Rosie immediately had to go in there for a check. I took her away and 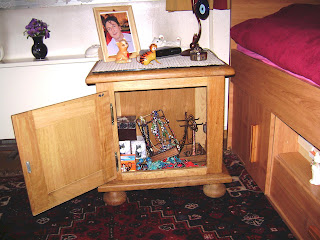 here is the content of my bedside table. Fashion jewelery. The insides of all furniture in my house look the same, messed up while the room looks neat. I try to keep up order also inside, but it doesn't work. When I look for something I put everything upside down. Anyway no visitor looks in my wardrobes, cupboards etc. !
Posted by Gattina at 08:32 29 comments:

In February 2006 while I was on holidays at the Red Sea in Egypt, I went on an excursion to Petra in Jordan. At this time tourist business just started and I had the chance to discover this beautiful site at the very beginning before the tourist invasion. These buildings carved in the mountains red rocks are just breathtaking. Never in my whole life I had seen that.

Since then Petra became famous and even the French President went there with his girlfriend. (I swear it is not my fault )! So what I propose is to take your there today and see this wonderful place here. 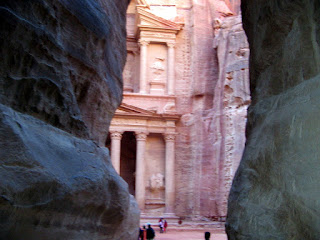