1. The week started with food shopping for my starving Mr. G. He is always anxious that he doesn't get something to eat, because, as you know, love goes through the stomac, at least concerning men.

2. I had quiet a lot to do with sorting out all my pictures which I had taken in Amsterdam and on my birthday cruise.

3. I started to try to use the Kindle Fire HD which I had got from my son for my birthday and tried to find out how to download books. (or is it upload ?) 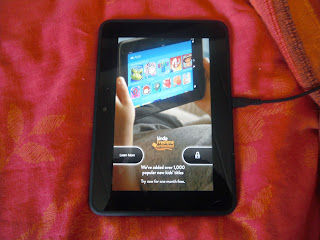 Each time I switch on that thing I get another picture. And then I didn't know what to do. Mr. G. got a manual from a friend, which I tried to read and do what was written, but of course I didn't find what was written and after having tried until midnight, and still hadn't a book to read, I switched off the light before I threw the Kindle against the wall.

4. After the family birthday celebration in Amsterdam, I had the birthday party with my best friends. Unfortunately two were missing, one was in hospital and the other is still under 65 and therefore had to work. 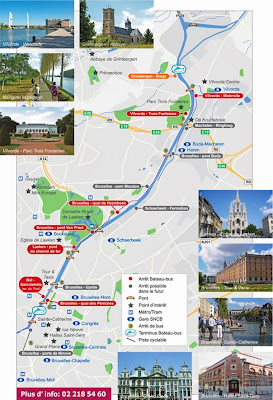 I had invited them for a cruise on Brussels' canal and saw we a landscape of Brussels we had never seen. 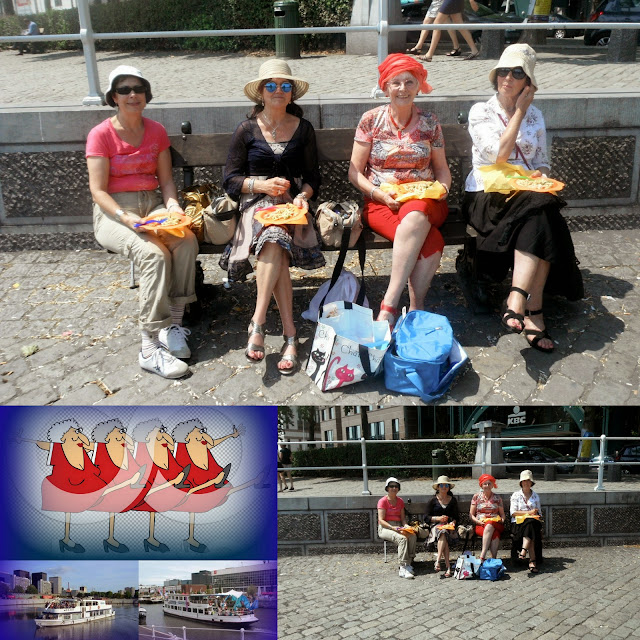 I had prepared a picnic to eat on board, a delicious noodle salad and as we had 45 min to wait for the ship, we had our picnic on a bench just in front of the boarding place. A young man took the picture and had a good laugh when we told him that we were celebrating my 70th birthday ! 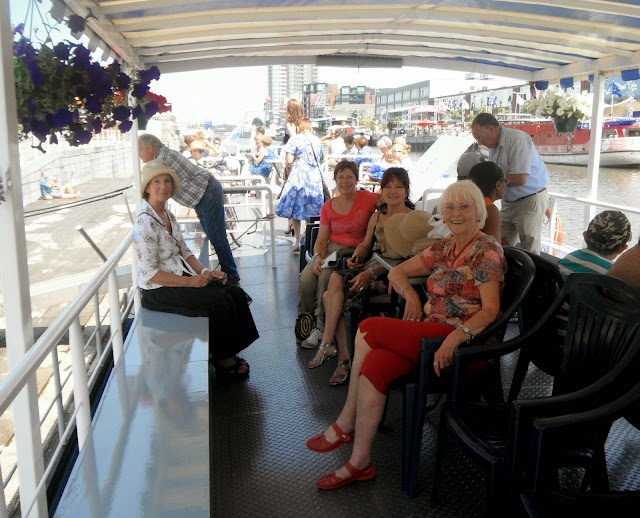 Then we were sitting on the boat and enjoyed the view. 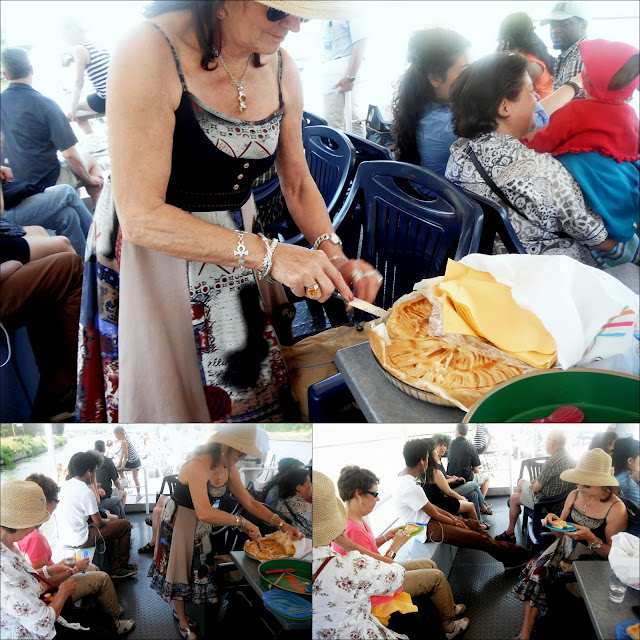 When Ilona cut the birthday cake baked by Chantal, the captain also wanted a piece and started to sing "Happy birthday" and all the other passengers joined in ! It was really a lot of fun ! 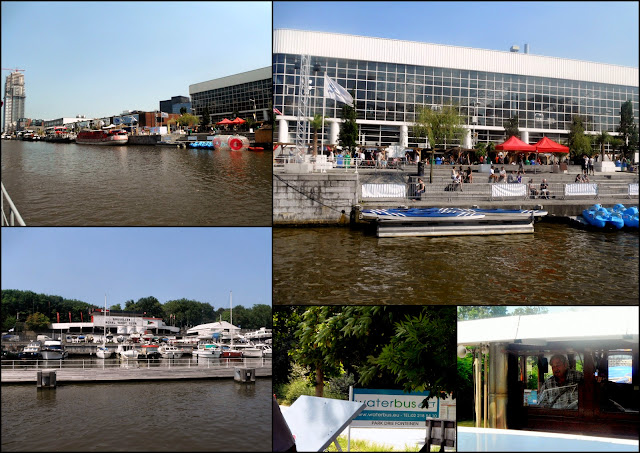 The cruise lasted 3 h and then we drove to Ilona's to open a bottle of champagne and I got my birthday gifts ! 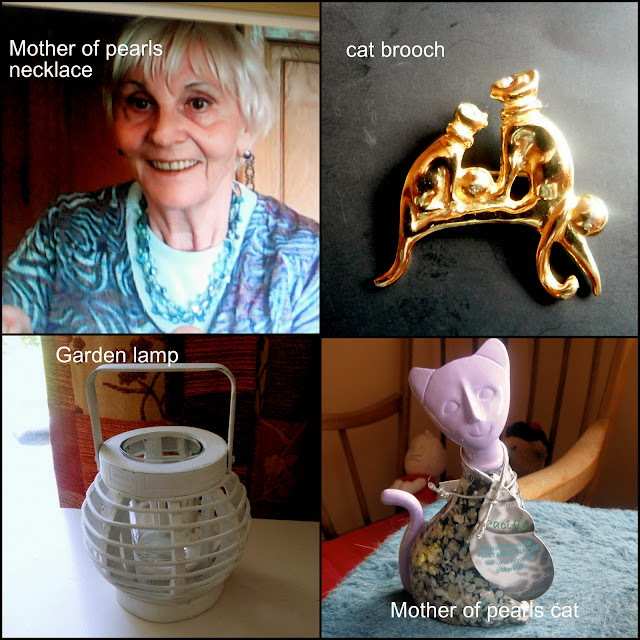 I felt very spoiled. At 8 pm I finally arrived home, tired but happy ! As I didn't want to make another Kindle massacre, I just managed to open YouTube to watch a Hercule Poirot (Agatha Christie) series, instead of reading a book.

5. After blogging and some household scores I attacked my Kindle again ! 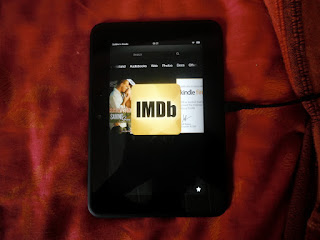 This time I got this image and I absolutely don't know what that means ! I also had forgotten the cable and battery charger in Amsterdam, so my Kindle died after a while. Mr. G. looked for a cable to connect to my computer and suddenly I had the good idea to copy and paste pictures from my computer to the Kindle ! I also downloaded 3 books via my computer, as I am really in war with the tactile screen I don't know if I slap too hard on it, but I always get functions I don't want and still don't know how to download pictures and books directly on my Kindle.

I sincerely hope that in a couple of years days it will work !

When I was in London the last time, together with my friend Ilona who had never been to Harrods I took her to this quiet amazing store ! It had been a very long time I had been there, at least 18 years ago. At that time the store belonged to Al-Fayed and was the holder of royal warrants from:

Queen Elizabeth II (Provisions and Household Goods)
The Duke of Edinburgh (Outfitters)
The Prince of Wales (Outfitters and Saddlers)
The late Queen Elizabeth, the Queen Mother (China and Glass)

The store occupies a 5-acre (20,000 m2) site and has over one million square feet (90,000 m2) of selling space in over 330 departments making it the biggest department store in Europe Harrods founder Charles Henry Harrod first established his business in 1824, he was 25 !

All this changed after the death of Diana on August 31, 1997, as she had a very much critizised relationship with Al-Fayed's son Dodi.

In August 2010, in a letter to the Daily Telegraph, chairman Mohamed Al-Fayed revealed that he had burnt Harrods royal warrants, after taking them down in 2000. Harrods had held the Royal warrants since 1910. The Duke of Edinburgh removed his warrant in January 2000, the other warrants were removed from Harrods by Al-Fayed in December, pending their five yearly review. The Duke of Edinburgh had been banned from Harrods by Al-Fayed.

In 2010  Qatar Holdings became the new owners of Harrods, after Fayed announces he has sold the shop. It had been reported that Qatar Holdings paid £1.5 billion ($ 2.2) for the Knightsbridge store. It hadn't changed at all after all these years 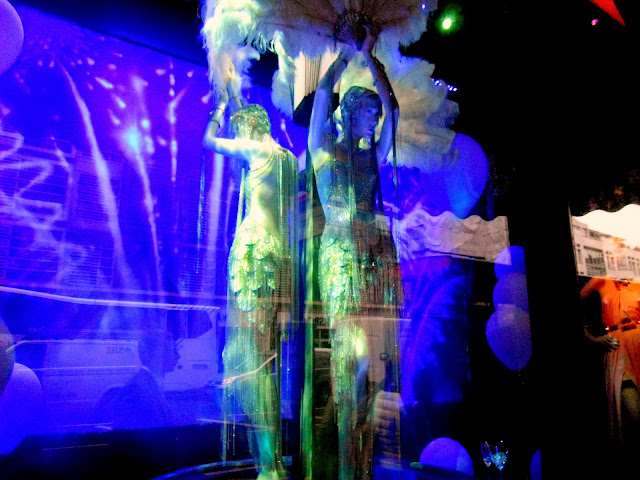 The window displays were still very special and creative 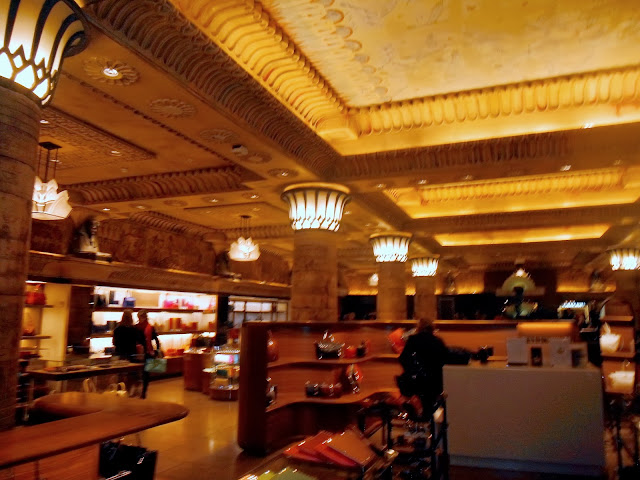 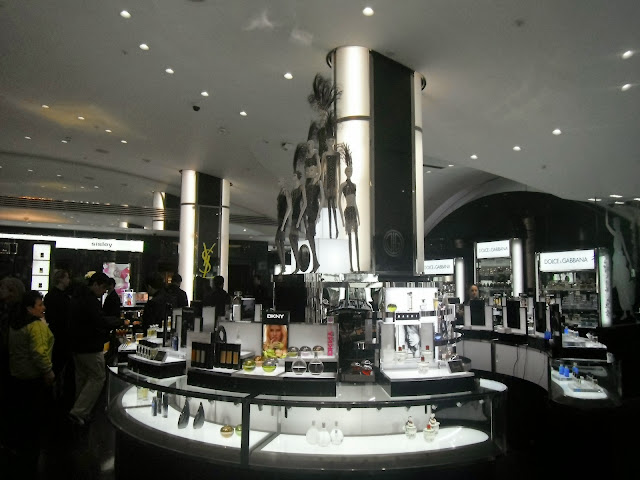 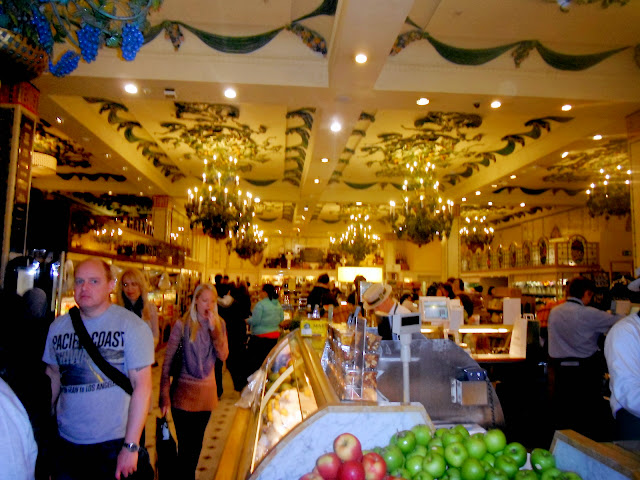 The different departments are beautifully decorated 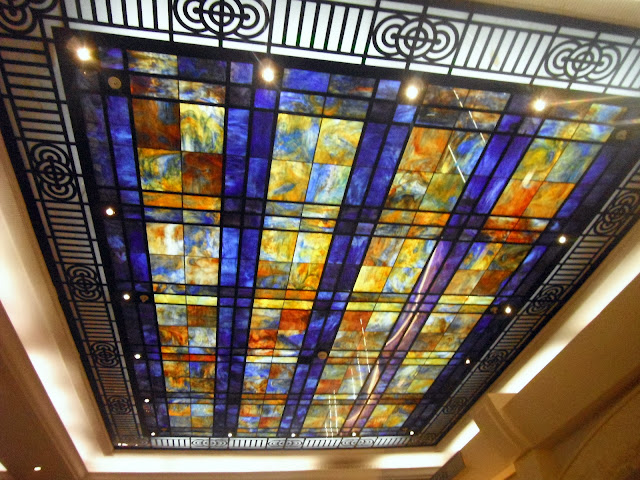 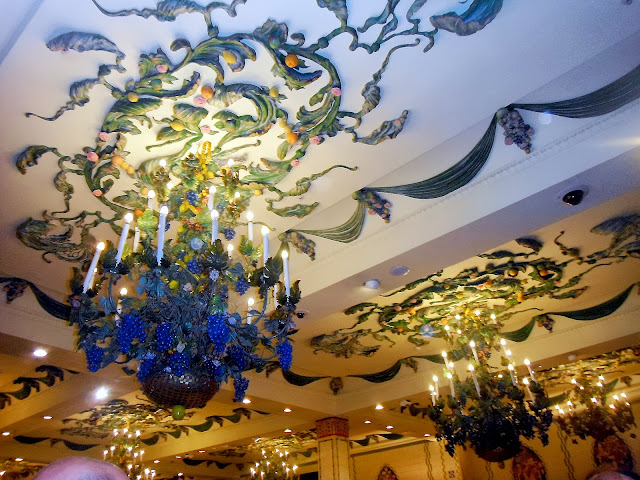 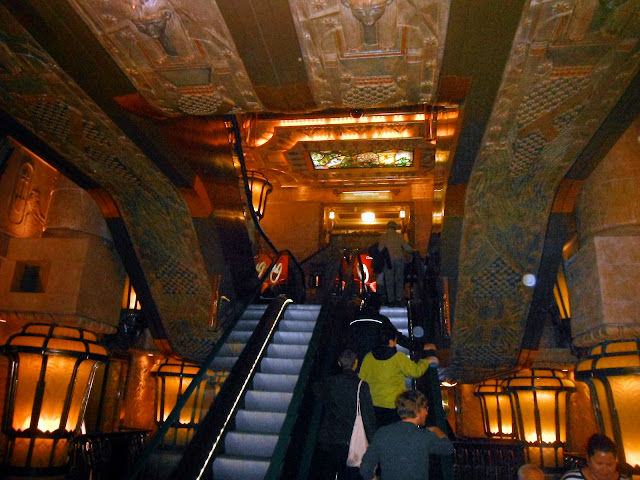 And the ceilings real artwork

We walked around but didn't buy anything of course, as our wallet was not full enough and paying with a credit card could lead us to bankruptcy !

Although I didn't like the fact to find a memorial of Diana and Dodi in this store, the curiosity won over the feelings ! 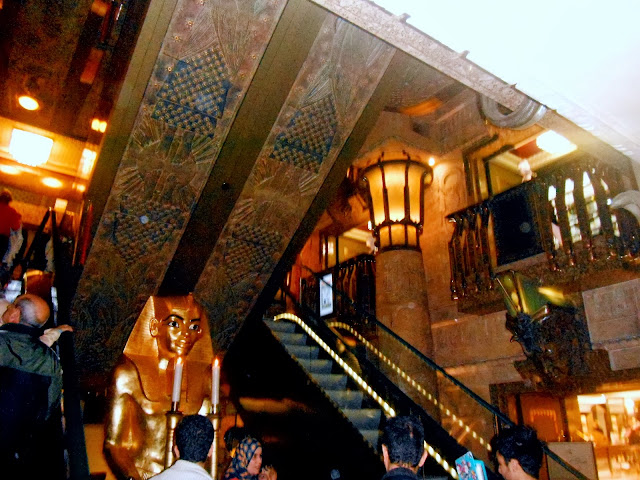 So we went down the beautiful staircase leading to the Egyptian department. 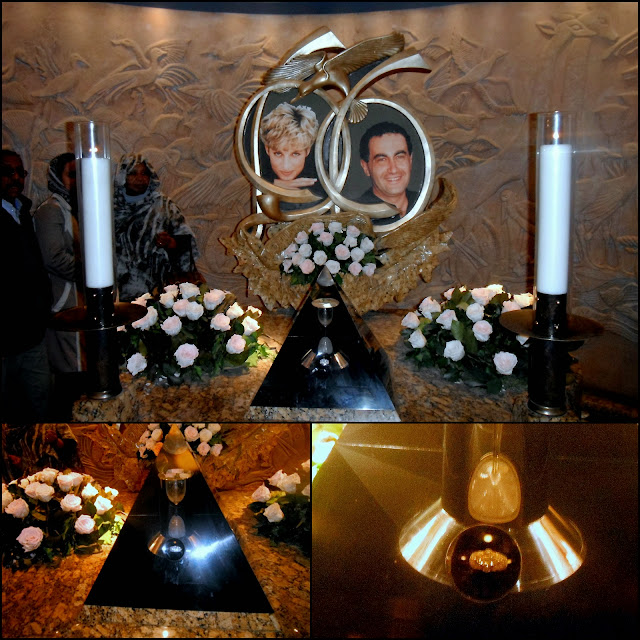 and looked at this memorial which was unveiled on 12 April 1998, consisting of photographs of the two behind a pyramid-shaped display that holds a wine glass smudged with lipstick from Diana's last dinner as well as what is described as an engagement ring Dodi purchased the day before they died. This diamond ring was so enormous, that I thought a woman with some taste would never wear such a "show" ring.  It sparkled so much that it was hard to take a picture. I would need two fingers to wear such a ring. Of course there were many people standing there taking photos just as I did. Al-Fayed has sold Harrods under the condition that this memorial has to stay.
Posted by Gattina at 06:00 18 comments: 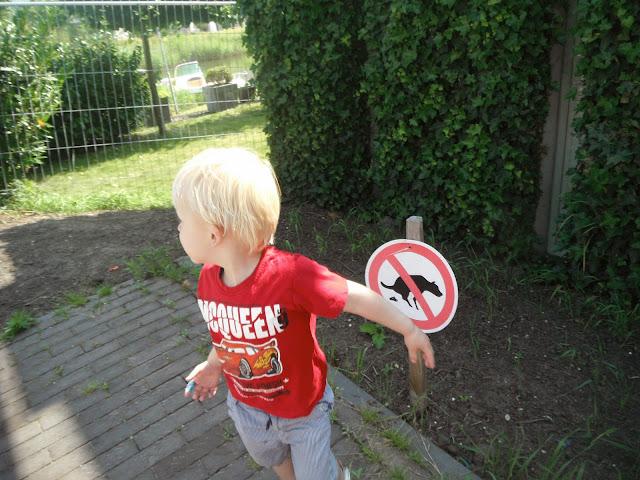 OUR WORLD - Cruise on Amsterdam's canals

On the last visit to Amsterdam, where my son and family lives we did a sightseeing cruise on the canals. 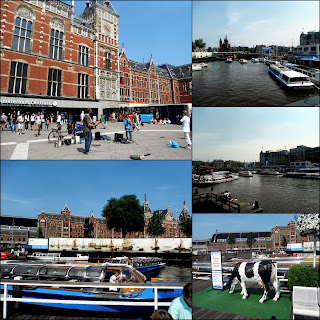 Helps you to remember what you have done on the weekend of July 8 . If you participate please put the little logo on the top of your post and leave your link.

This was quiet a special weekend ! Today is my 70th birthday, I leave the 60th to join the 70th ! And to celebrate with the family we went to Amsterdam ! 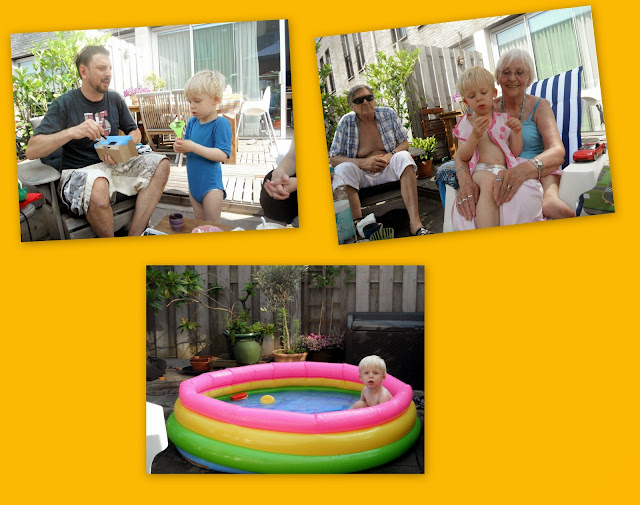 Our little 2 1/2 year old grandson Toby, recognized us immediately and greeted us cheerfully. He then unwrapped the little gifts we had brought and while we were having a drink on the patio, he was playing in his private "swimming pool". 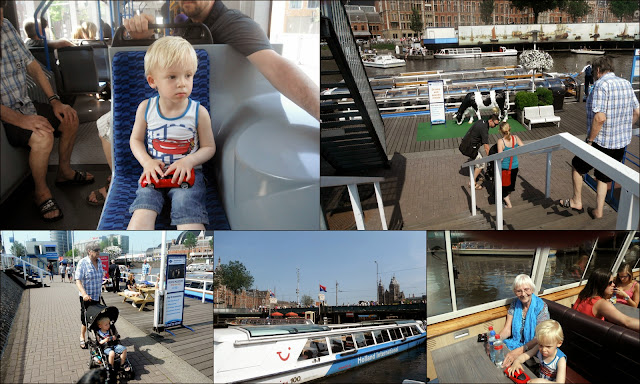 After his afternoon nap, we went by tram to Amsterdam, because it's quiet impossible to go there by car especially now where it is packed with tourists. We took a sightseeing boat, which was a birthday gift for me and had a lot of fun. Toby sat in the tram and then Nonno (Grandpa) walked him to the boat where we took a seat. The weather was wonderful, sunny and warm. Perfect for such a tour. 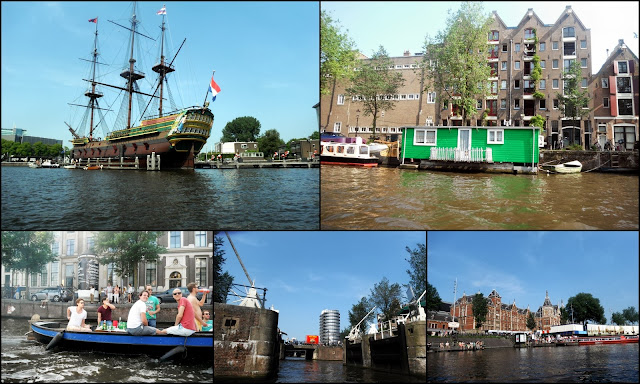 I was especially amused by the houseboats, where people live, some of them looked so funny. Lots of young people were in their boats and the tables were full with beer cans ! They sang and played music and had a lot of fun and waved towards the sightseeing boats. Mr. G. was delighted, there was a couple of Italians sitting with us ! So he translated for them into Italian. 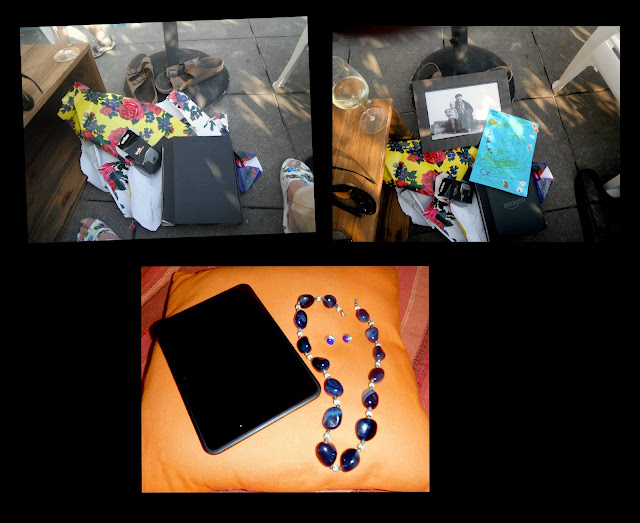 When we came back my birthday party started ! I had no time to take a picture of the gifts because Toby started to help me to unwrap the packages ! Therefore I only have a picure aferwards ! I was really very spoilt, I got a selfmade drawing from Toby, a framed picture of the both of us, and a very sophisticated Kindle "ebook reader". It's much more than only to read books because it also has Internet, I can watch movies etc. I haven't read yet all the possibilities. Mr. G. offered me a lapis lazuli necklace with the appropriate earrings. 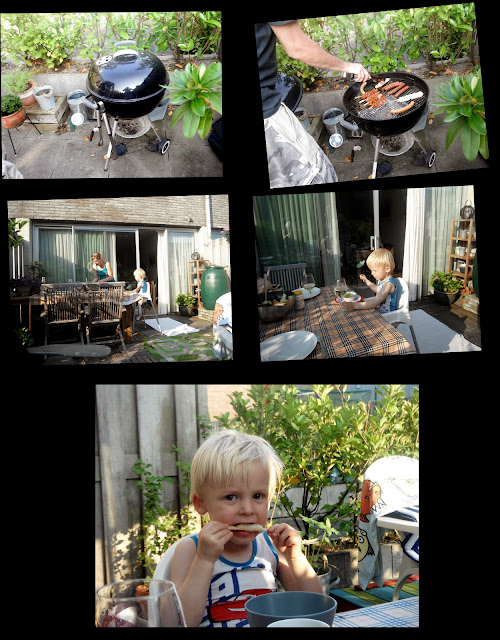 While Toby's Daddy did the barbecue, mummy dressed the table and Toby hungry waited for the first sausage. The meal was delicious and we could sit outside the whole time. 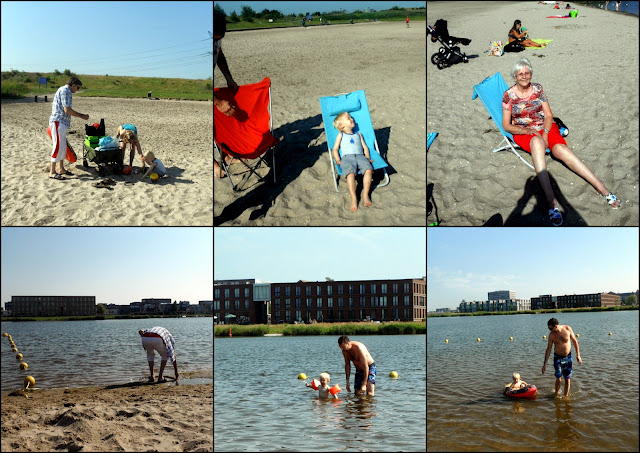 On Sunday morning we went to a little beach near their house and I had the first sunbath this year !  Toby tried out my seat, Nonno prepared a sand castle and Daddy pulled Toby in his little boat. It was like a real holiday. 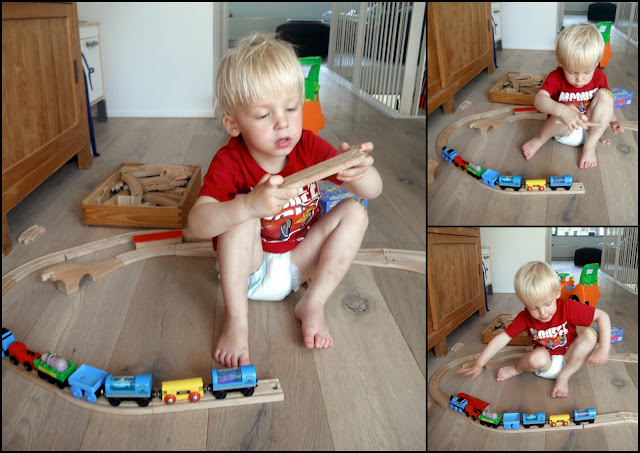 After lunch Toby showed me how he put the rails of his train together and played with the little wagons, then we loaded the car and returned home.

And tomorrow I will celebrate again this time with my friends.
Posted by Gattina at 06:00 15 comments: