From Tuesday on I am on holidays in Eastbourne South East coast of the UK. I needed to go back there to rest and pull myself together again. I have to start a new life after the passing of Rick. I love this place it is beautiful and I know it well so no surprises ! 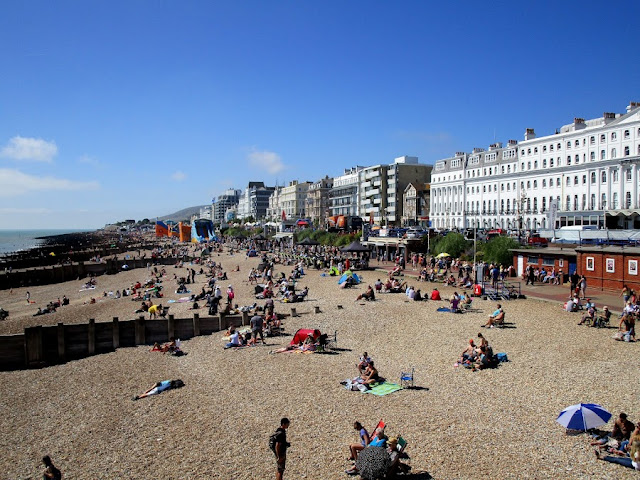 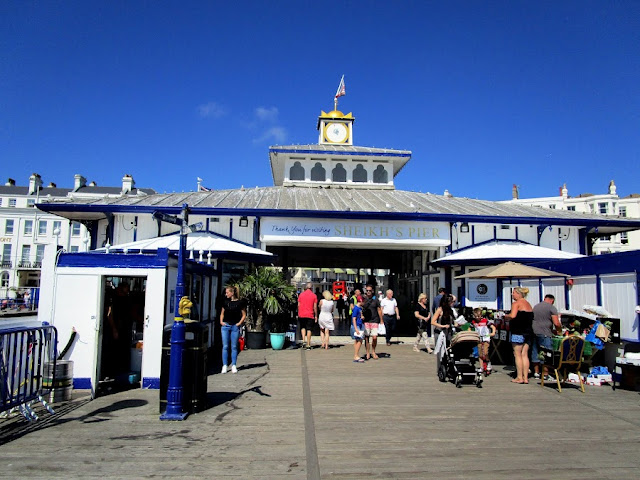 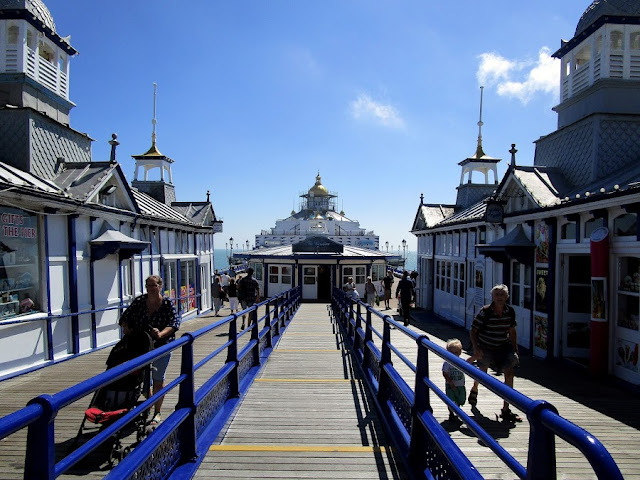 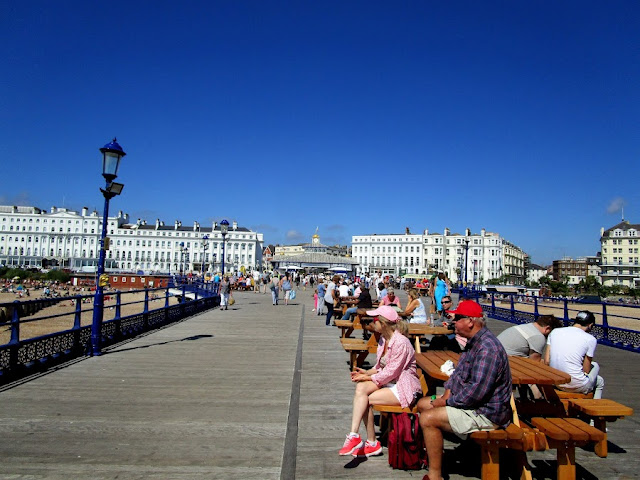 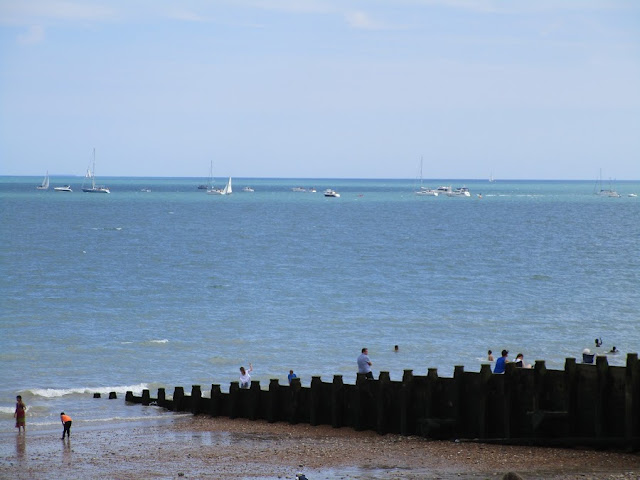 The sea has a wonderful color always blue, and when it rains it is turquoise.

This post is scheduled, I had taken the pictures in 2017. If I have time and am not too lazy I will post some pictures, I don't take my travel computer along but my new tablet.

If you have difficulties to comment, just scroll down to :
Subscribe to: Post Comments (Atom)
click on it and then you can comment !
I have the same on other blogs and it took me quite some time to find out !
Posted by Gattina at 13:30 10 comments: 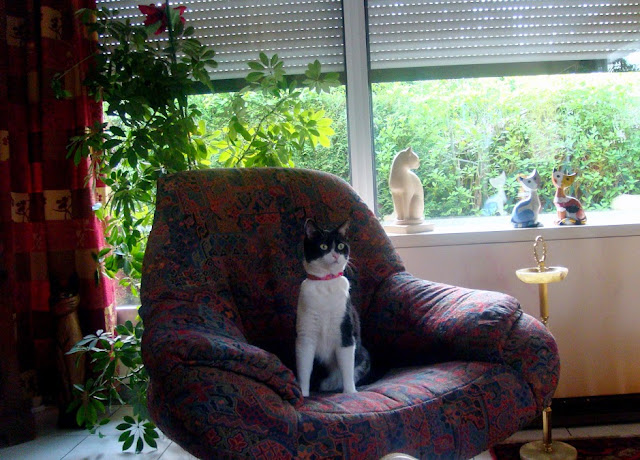 It's only her grandson, that's OK 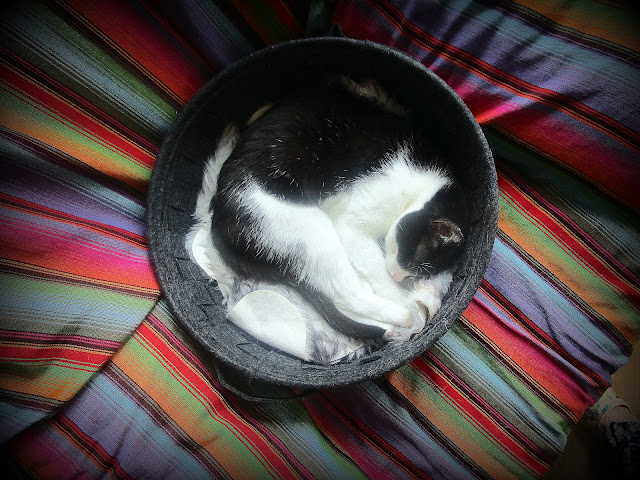 I can go back to sleep !

This weekend was a bit strange for me, I didn't feel myself. My son and grandson came for the dispersion of Rick's ashes. For 3 months we couldn't make an appointment which fitted for all of us, due to holidays etc.

They arrived on Friday evening late and not to disturb me slept in the Ibis hotel which a few buildings further then mine. On Saturday morning they arrived and again Toby has grown ! He is now 1.68 m long and shoe size 44 ! And he is only 11 ! 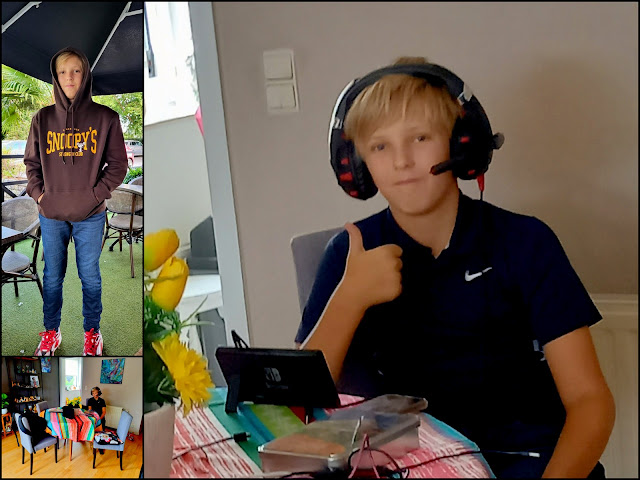 On Saturday morning we had to be at the Crematorium at 11.30 am. There were a lot of people waiting for their ceremonies then the cremation and the dispersion of the ashes.
The crematorium is for everybody, you rent a room and decorate it yourself or have it decorated it depends what you are Christian, Jew, Muslim etc or nothing.
We had this all behind us and only came for the dispersion. It went quite quick. We were driven with an electric car to the place.  Dario could disperse the ashes of his father under the watchful eye of a responsible and then put a bouquet of flowers on the place. 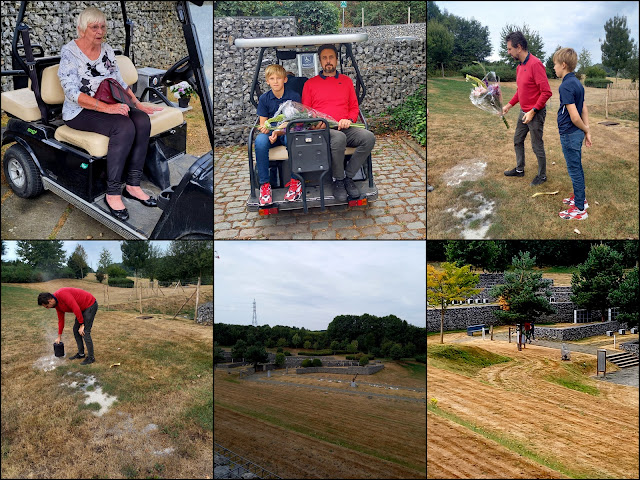 It was so nice and peaceful and I was so relieved ! The place is really very nice and so well kept. Unfortunately the grass was yellow because it hasn't rained since a long time.

Then we drove to the Waterloo Lion and had a coffee there and then returned home. We were all a bit tired but happy that it had gone so well.

In the evening we went to Rick's favorite restaurant, and his grandson ate "Penne arrabiate" which is pasta with very spicy sauce, we told him, but he insisted, he wanted to eat the same as his Nonno. 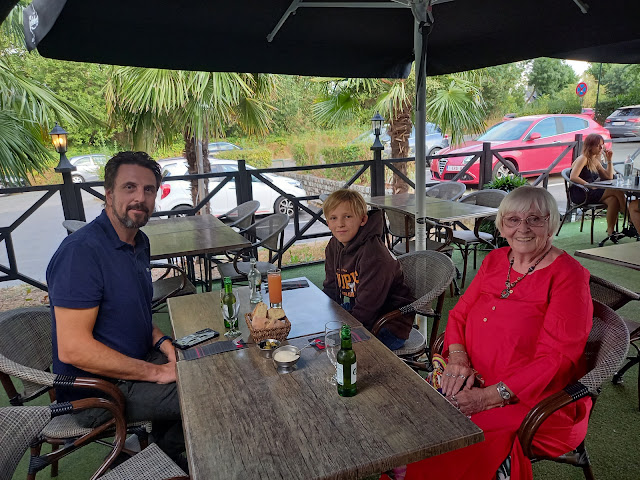 After the restaurant we returned home, tired and "full" ! Quite early in the evening my son returned to the Hotel, apparently his father's bed is too short for him and each time he slept badly. Toby preferred to stay with his Nonna, at least he hadn't listen to Dad's snoring.
We spent a quite evening the two of us. Not much talking but that didn't matter because I wasn't feeling well. He played a game Fort something, which everybody knows except me, the funniest thing was they were 3 players,  I guess, one here in Belgium, one in Amsterdam and Toby. Apparently he amused himself very much because he laughed so loud that I nearly couldn't understand what they said at TV. We had a nice evening.
Sunday morning I found Toby already dressed and busy with his game ! I hadn't heard him, he didn't want to wake me up ! Then we had breakfast together, he loves the Belgian wafles and I had bought fresh once which were very thick. I thought he would explode when he had eaten the two ! with that a glass of milk and fresh Mango cut into cubes. He really has a good appetite.
Then we sat a bit on the terrace and also had our lunch there, Dario emptied Rick's computer, he started at 2 they left around 4 and now it is 8 pm and the thing is still loading the new Window ! This computer is really antique !
And then they returned to Amsterdam and I relaxed and made a list with things not to forget when I go to the UK to Eastbourne for a week tomorrow. 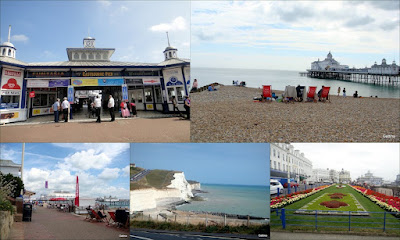 I really need to get distressed and this is an ideal place on top I know it so well ! No surprises.

If you have difficulties to comment, just scroll down to :
Subscribe to: Post Comments (Atom)
click on it and then you can comment !
I have the same on other blogs and it took me quite some time to find out !
Posted by Gattina at 06:30 9 comments: