more participants here at You are never alone


On a Belgian webside, children were asked to send in what silly things they had done last week. I translated a few of them  for you :

-  I put glue on the chair of my teacher

-  I carried a hot pot of spaghettis and dropped it on my grandma's feet ! She screamed because her left food was burnt

- I invited a friend and we painted my room, I don't understand why my parents went beserk

-  I put a little firework in our open fireplace for New Years eve and it exploded when Dad lighted the wood. Why wasn't he happy ?

-  I laughed loud in religion, because my neighbor had photos of naked women

- I put the fish bowl on the stove because the water was so cold, I don't know what happened, but all 3 of them died.

- We put the skeleton in our English teachers cabinet in class. She got hysterical when it fell on her when she opened the door.

- When we were at the beach I shot on women with my waterpistol, it was so funny when they turned around and I could see their boobs.

1. I was  feeling a little tired this week because I still have to take the syrupe against caughing that makes me sleepy especially when I watch something interesting on TV ! But I went to acqua gym and after our tea "ceremony", I had a Gyros with chips and salad in our little Greek restaurant "El Greco".

2. Before going to Yoga classes, Dominique and I met Nicole at the travel agency and we booked our 12 days holidays at the Red Sea for end November. Despite the political situation in Egypt, the week we wanted to go was already fully booked. And we are still in September !  I is true at the Red Sea there are no troubles at all.

3. The house of our 93 year old neighbor who died in June is sold since at least a months and is still empty. The new owners haven't moved in yet. The result was,  that the house was burgled and inside damaged as there was nothing to steal. We never had burglers in our street but in the last 4 years two of my neighbor's houses were burgled. They are mostly interested in computer stuff and televisions.

4. Together with the girls of my painting group we went to our friend Geneviève's funerals. She wanted to be cremated and no religious service. We drove to the new built Crematorium in Cours St. Etienne which is about 20 km from Brussels/Waterloo in the middle of a beautiful countryside. 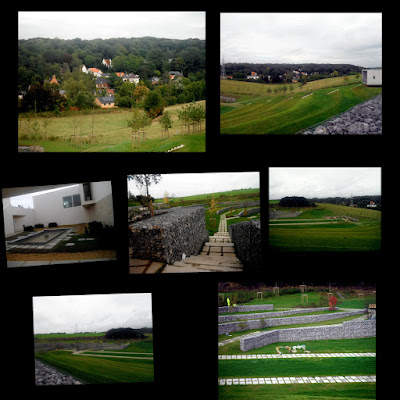 It sits on a hill and from there you have a nice view on the little town. I have to say it has been built with a lot of taste, very modern, but still warm with very colorful paintings on the creme painted walls. 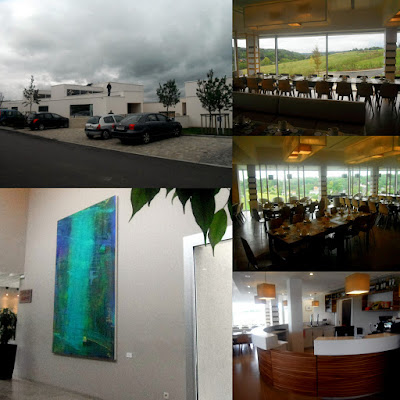 Everything was done to cheer up people, if it would be possible in their grief. There were lots of people gathered in a creme colored room with banks looking like steps around the white coffin standing on a kind of block in the middle. After the funerals we went back and had a coffee at a friend's house. We didn't want to stay for a buffet which Geneviève's husband had organized for after the ceremony. We didn't want to disturb the family.

5. For the first time I did a map updating on my Garmin GPS. It was quiet easy although it lasted a long time to get all the new maps from the computer on the GPS. Now I have the latest version with all the new roundabouts ! They are growing everywhere like weeds ! 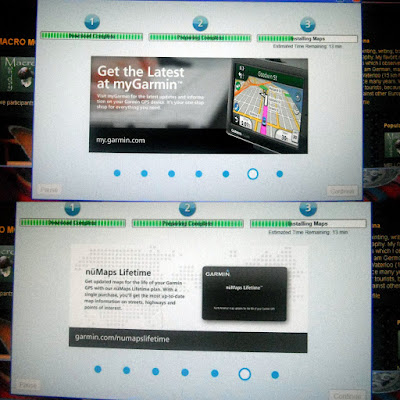 In the 60th when I was 20 I liked to wear shoes with very high spiked heels. This made me look even taller than I was just like a beanstalk. But fashion was fashion and therefore a must.

The use was going out on  Saturday evenings dancing, together with my friends. At that time the Dancings as we called them were open at 8 pm until 1 am and not longer because the last Bus or tram home was at 1 am. It was not like today, where everybody has a car and "Dancings" really start only around 11 pm !

One evening besides the usual friends, I met a very handsome boy. I like handsome guys but not at all when they know it and behave as if the world belonges to them and take everything for granted.

While I balanced on my spiked heels to the music, he told me how wonderful he was and that he (or rather his parents) lived in a mansion with tennis court and inside swimming pool. Now this was quite unusual in the 60th but the description of his "palace" didn't impress me at all, I even got more bored. The boy not used to any female resistance,  doubled his efforts and I doubled my dislike. Finally he suggested to drive me home.

Considering that it was already late, and then the fact to be driven back home in a beautiful red sportscar with leather seats and a wooden elegant dashboard, which I had never done before, I said yes.  I said good bye to my friends who looked a little jalous because of the car and not because of the boy,  and went out with him and we went to his car.

After a while driving in the right direction he suddenly changed the way and instead of driving me to my home he wanted to drive me to his, probably to show me his "stamp collection". I protested. Probably very angry but showing nothing, he changed and went to right direction.

At the beginning of my street he suddenly stopped the car, turned around and tried to kiss me and some more. I got furious, tried to get rid of him, but couldn't, remembered suddenly my spiked heels  and managed while pushing him away, to take one shoe off. With all the strenght I could gather, I smashed my shoe in his direction and hit him at his head.

He screemed like a siamese cat and started to swear with a waterfall of very elegant words I had never heard in my life. While he tried to stop the running blood over his face, I managed to get out of the car and stumbled as quick as I could on one spiked heel and barefoot on the other, up the hill to my home.

I have never seen him again but blessed my fashion shoes with spiked heels.

This adventure was possible in the 60th ! Today it would be out of question and far too dangerous to get in a car with an unknown boy. 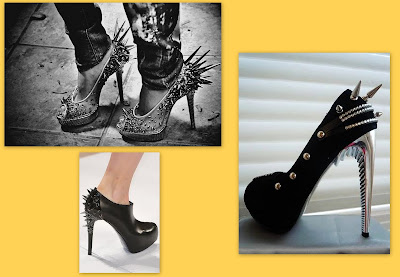 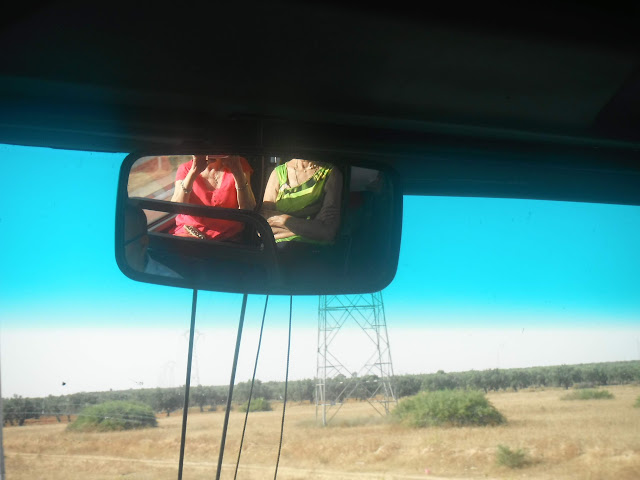 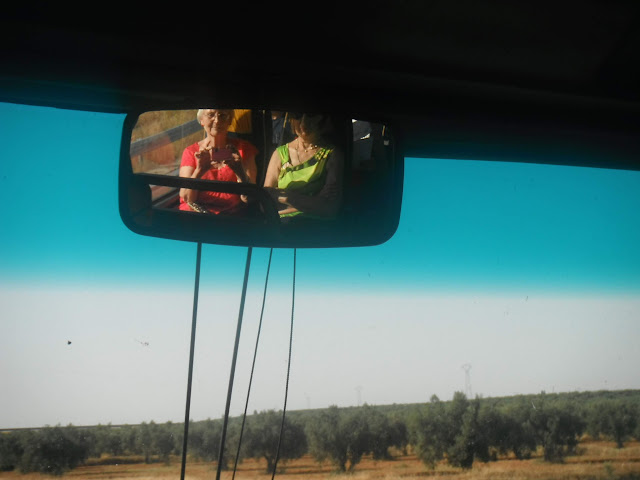 That's how my world looks like today and it is not even October. In fact it looked like that since spring which looked like that too. Apparently we have now only rainy winter season and then rain season with from time to time a few days where we can see how the sun looks like ! Only the trees and flowers have still their season, but also difficulties to respect them ! 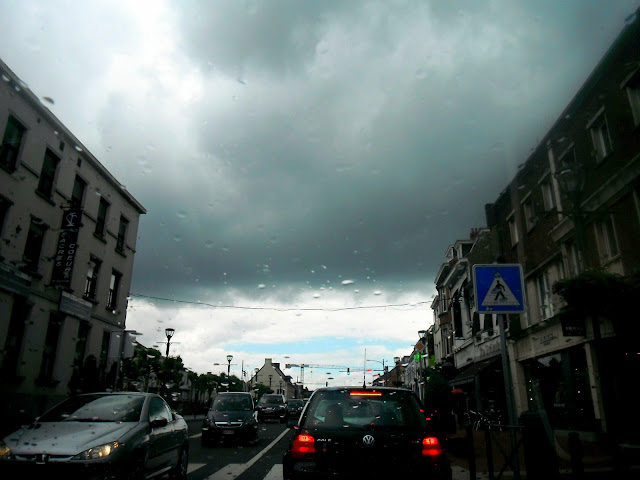 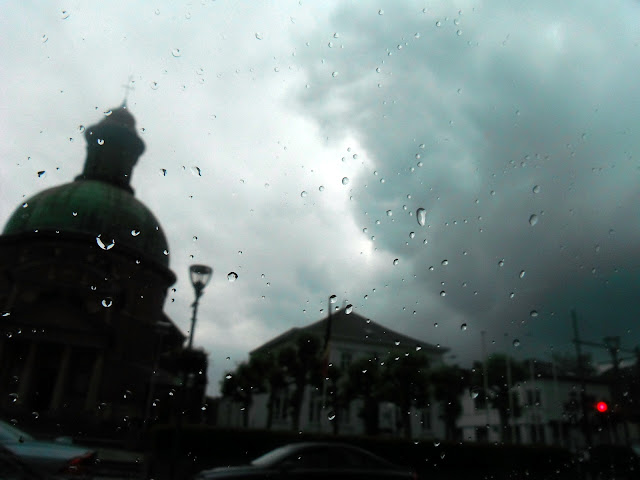 the church of Waterloo 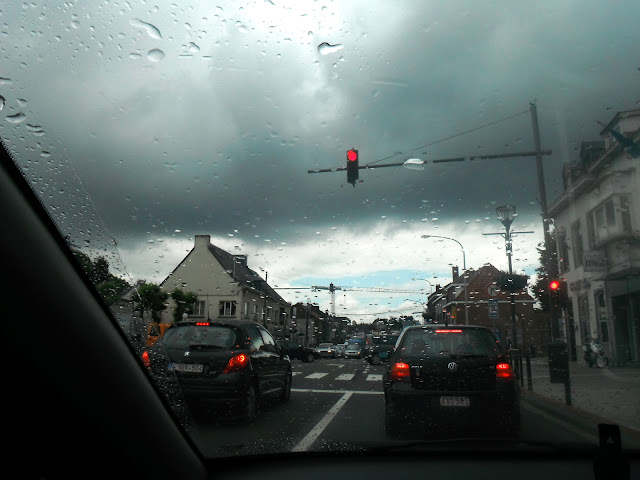 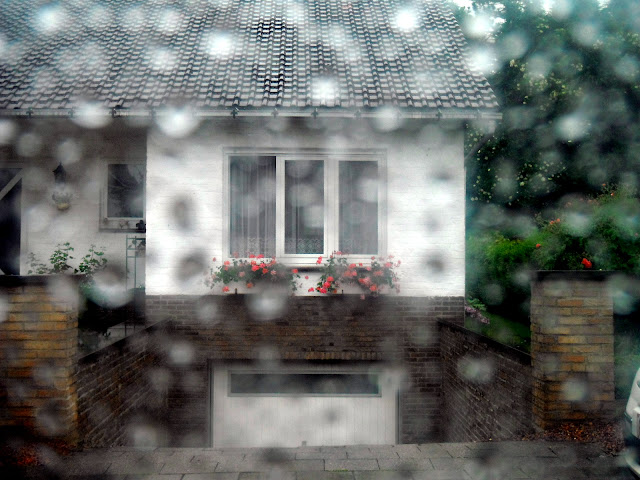 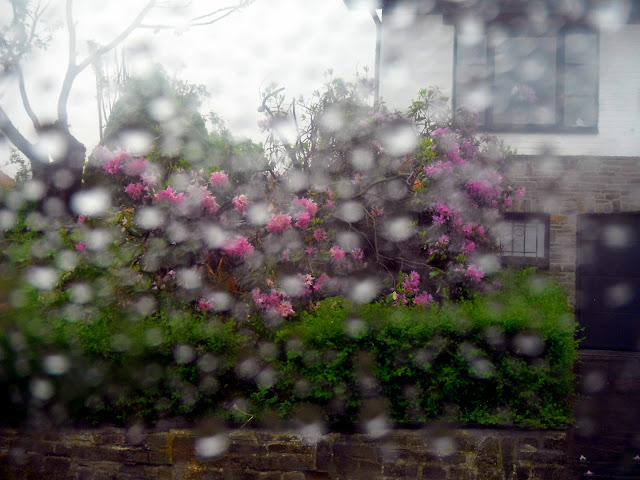 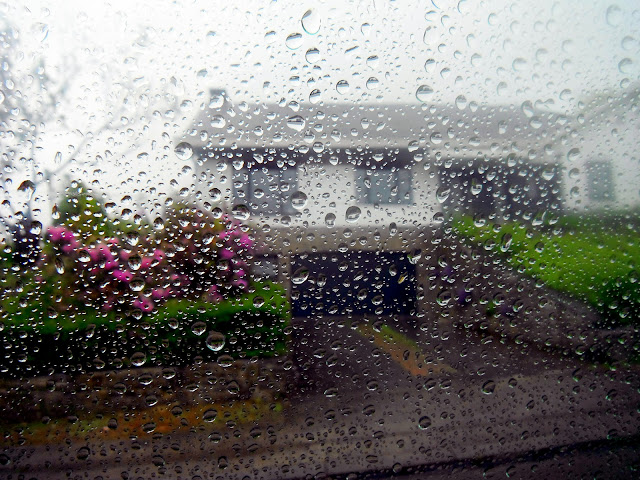 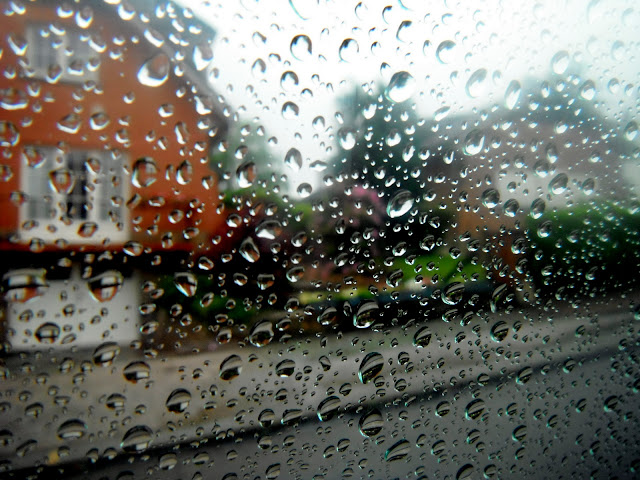 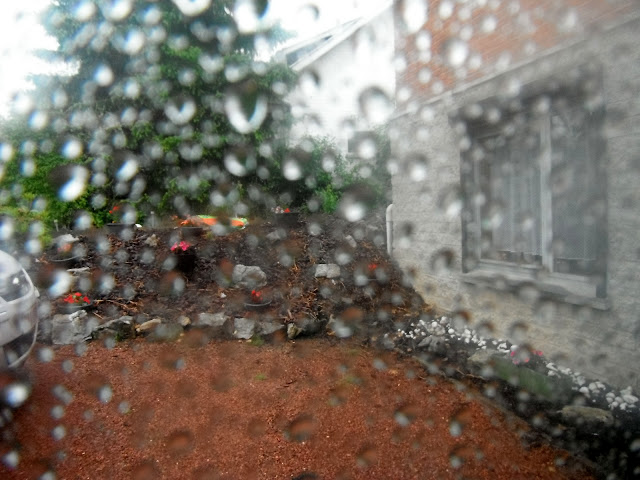 Helps you to remember what you have done on the weekend of September 22. If you participate please put the little logo on the top of your post and leave your link.

As I am still barking caughing although my cold seems to be gone, I prefered to take it easy and not to go outside. A friend of my painting course came over on Saturday morning, and we talked about Geneviève our classmate who had died from cancer on Friday night at the age of 55. We all want to be at the crematorium where a little ceremony will be held. No religious service. So we had to discuss where we would meet and share cars not to go with too many. It is really so sad, I had seen her 3 weeks ago and she looked quiet well although very weak, and then it went so quickly, but at least now she doesn't suffer anymore. The crematorium is quiet new it was very necessary to build a new one, because more and more people want to be cremated, and the one in Brussels became too small. This new one is located in the countryside usually a beautiful place, if it wouldn't be for such a sad event.

The afternoon I spent with Ilona, chatting over a cup of tea, it was cosy inside and cold outside and we both enjoyed this quiet afternoon.

On Sunday I took the bus to Brussels for youngsters of 65 on the ride is free and I went to the market, Mr. G. needed cigarettes and I needed some couscous spices and other little things. It was awfully cold because of the wind and I quickly made the tour, waited for my cigarette man while having a coffee and then returned home. Mr. G. was in Singapore, only virtually and watched the Formular 1,  even Arthur was not allowed to disturb him and offended went outside. I had enough from outsides and although there was an Old Timer race in Waterloo, I stayed home and sorted out my pictures, did a back up etc.
All in all a rather quiet weekend.

Labels: What did you do this weekend ?
Newer Posts Older Posts Home
Subscribe to: Posts (Atom)