From n° 1 to n° 4 I have nothing to report, except that I didn't do anything, I needed a little rest from all the excursions I had done with my friend Claudie.

n°5 This morning I did my little suitcase again because I will drive to the Netherlands. My old schoolfriend had invited me for a couple of days. 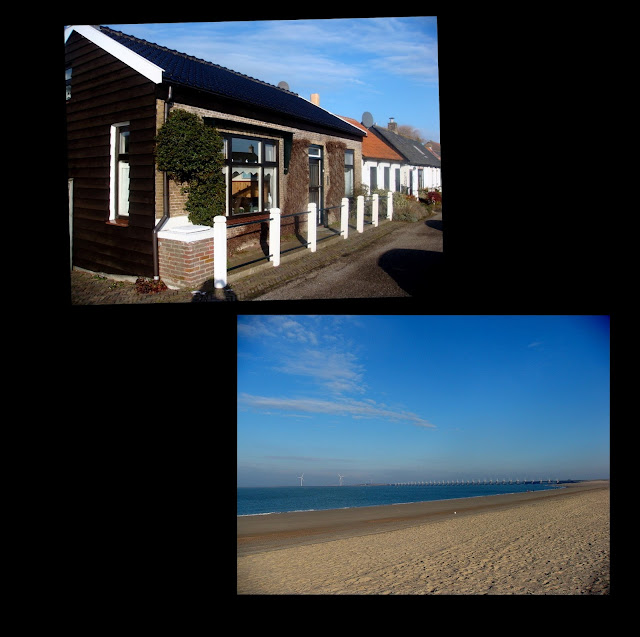 They have restored an old little fisherhouse as holiday home. I think last time I have been there must be at least 5 years ago.

If ever there is nothing anymore on my blog that means that I have Internet difficulties. 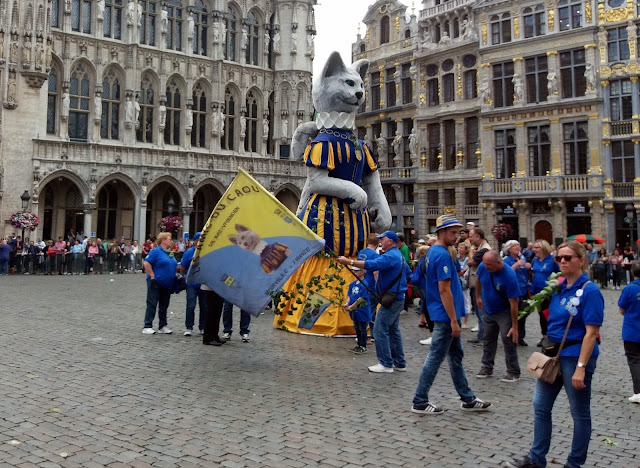 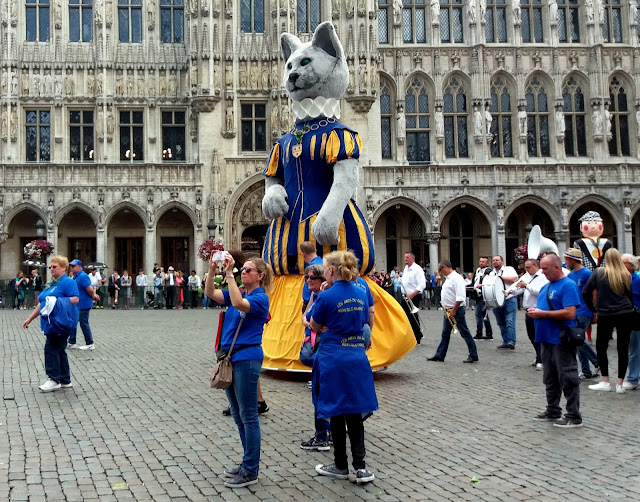 1. Do your actions match your words? Elaborate.

Of course ! If I say something I also do it. Otherwise I won't say anything. I am also very spontaneous, therefore it's almost simultaneously that as soon as the words are out the action follows ! Which sometimes I regret, but can't take back.

2. Sick as a dog, go to the dogs, dog days of summer, dog tired, it's a dog's life, every dog has it's day, can't teach an old dog new tricks...now doggone it which saying could most recently be applied to your life?

For the moment I would say I am dog tired but in a nice way. The last week with my friend from France we have done such a lot of things, which explains why "dog tired" fits the best.

3. Your favorite book featuring a dog in the storyline? What makes it a favorite?

Answering on books is difficult for me because the book title changes in each language and it depends if I read in German or French. I never read a book about a dog in English !

4. What's something you hope to one day have the confidence to do?

To ride on a horse ! I have never done it because I was afraid of horses, now I am not anymore so I want to try !

I am sorry but usually I don't like jokes and if a joke is really nice I forget it.

I am invited by my old schoolfriend to her summer house at the Dutch coast and I am thinking if I should go on Thursday or Friday as the weather is so moody ! 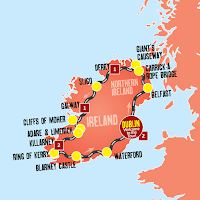 If you do a 7 day tour around a country of course you can't see everything in details. It just gives you an overview of things to see or to do if you want to come back later.

On our list also was Blarney Castle, (whole history) which is most famous for its stone. The legend tells has the power of conferring eloquence on all who kiss it.The word ‘Blarney’ was introduced into the English language by Queen Elizabeth I and is described as ‘pleasant talk, intended to deceive without offending’. The stone is set in the wall below the battlements and, to kiss it, one has to lean backwards - grasping an iron railing - from the parapet walk....
read more here

As so often on weekends the weather got worse and worse, it rained and it was cold I even had to put on the heating. Poor Claudie never thought that a month of August could be so cold up north, when her husband called he was complaining about the heatwave they had !

Fortunately it cleared up in the afternoon and we took the opportunity to visit a museum nearby in Genval, I knew it  but I had never been there. The "Musée de l'eau et de la fontaine" (Museum of Water and Fountains)

It had been created in 1989, the Museum focuses on reflection on the current challenges of water and its importance. From city fountains to farm fountains to fountains of ceremonies, we saw them all.

What we all take for granted today had been very difficult in the past ! 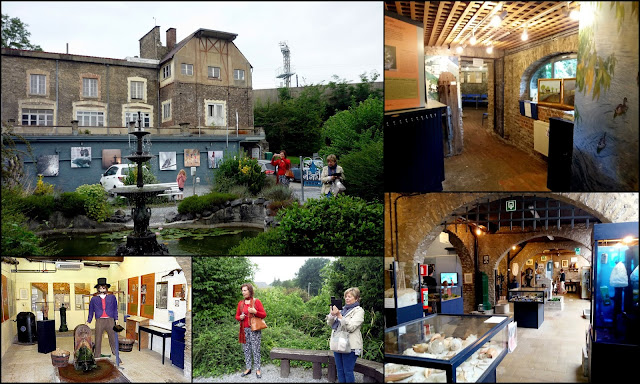 It was very interesting to see when people had to "order water" and a water carrier came and brought it, or in villages the women pumping up water from the wells. In fact it was like it is still today in African countries.

After this interesting discovery we had a drink at the lake Genval. It was nice to sit there and 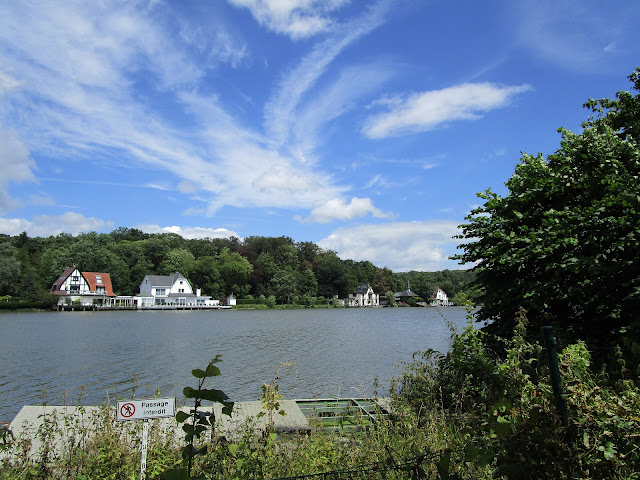 look over the lake.

In the evening we were invited for supper and Claudie had another opportunity to see how we live here.

On her last day we went to "Flower Time" in Brussels on the Grand'Place. It is a beautiful flower show, which takes place alternatively with the flower carpet each two years.  One part is outside on the place, the other in Brussels city hall. All rooms are decorated with flowers, fruits and vegetables.

Fortunately I had learned to book the tickets online, because when we arrived there were so many people queuing up that they had at least to wait for 2 h for their tickets. Claudie and I walked through the second line and people looked angrily at us probably thinking that we were some kind of VIP or just cheating. In no time we were inside and could admire the flower arrangements. 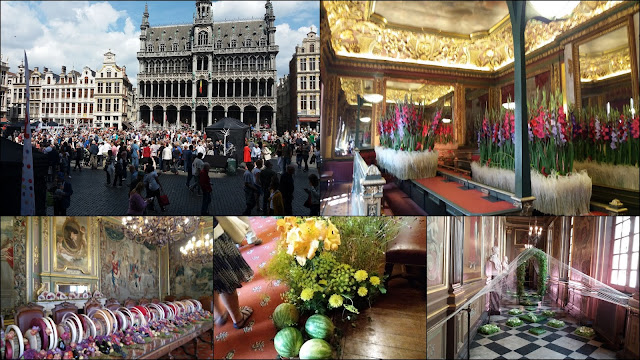 Inside the city hall, where all rooms very decorated by different artists. 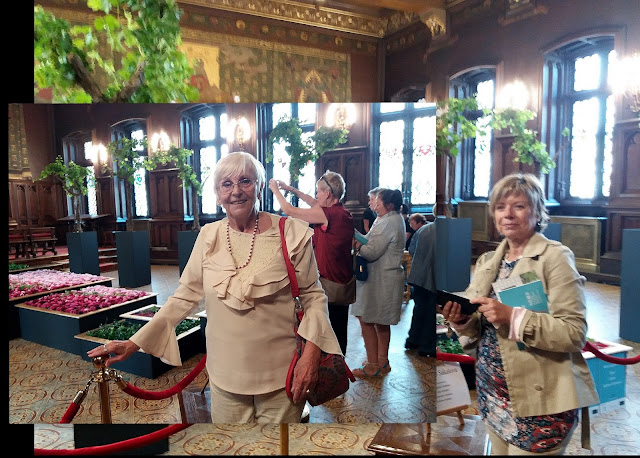 It was really wonderful to see. I will write about it later.

When we came out the queue was even longer ! Apparently people hadn't learned yet that they can order online or even use their smartphone. I had seen this for the first time in London last year when I visited Buckingham palace  for the first time. With my online tickets I didn't have to wait and could go straight in. 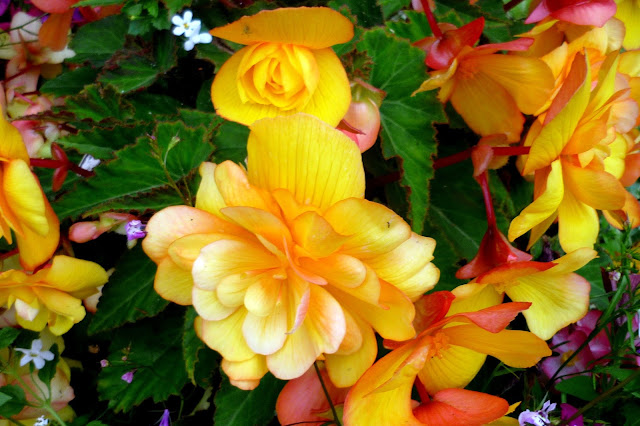 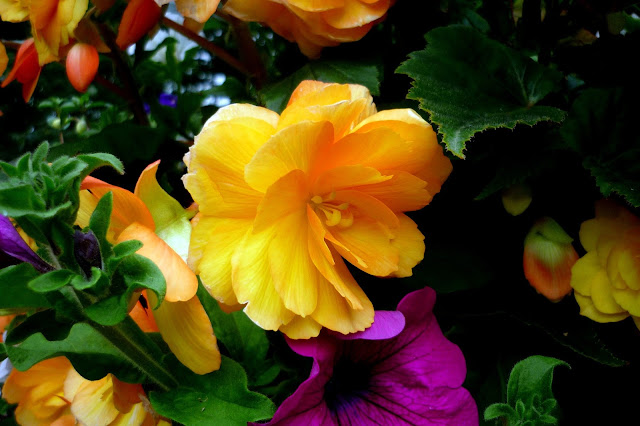