Thursday was the last day of our painting group before the Christmas holidays. Yes, we are young students and have school holidays, although all of us (or nearly) are on holidays permanently.

A few were still eagerly painting, while I had finished or at least I considered my painting finished, but maybe after Christmas I will change my mind and add a second tail to my cat portrait.

The sister of one of our painters moved in with a "Yamaha", not a motorbike, but an electronical piano (or whatever it is called), while she installed herself, a long table was set as a buffet, with coffee, orange juice and very important for most of the students ... Champagne.

There also were three "buches de noël" (Christmas log) , the traditional Christmas cake in Belgium and France. In no time the 3 cakes disappeared in different stomacs and the Champagne bottles emptied quickly too, that it was only 10 am wasn't a problem.

Suddenly one of us started to dance all alone and put everybody in a dancing mood. The old boys got up and fetched a "girl" and swang their old legs. The music was all old stuff you use during weddings when everybody is already more or less tipsy. The woman was a very good player but what she played was really so old fashioned and far too loud, just as if we were already deaf (she usually plays in retirement homes and churches too). Our room is located in Waterloo's retirement home, but even the residents who could hear the music from far, complained. It was too funny !

Look at the young boys !

Last Sunday I invited our neighbours for a little Christmas party, with Glühwein (hot spiced wine) and "Stollen" the traditional German Christmas cake. They brought us this beautiful bouquet ! (also for our 40 years wedding anniversary)

It's so big, that I didn't know first where to put it !

Mr. G. was not happy with the trays in our kitchen and found these cute once

he put the big one behind the cooking plates to protect the wall from grease (also it's already greasy over the years) and two small once in glass on which you can cut bread slices or vegetables, etc, or your fingers.

On Monday I went to the Brussels' Christmas market and saw this cute calender in wood. I couldn't resist and bought it for my desk. Now I am really sure what day it is !
Posted by Gattina at 06:00 8 comments:

1. Weather is the best word to begin a conversation

2. at the hairdresser, in waiting rooms, in the shops, on the street etc

3. Each person in all age ranges is suitable for that

4. Usually you complain about the weather, at least here in Belgium

5. Even the weatherman does

8. Of course it is the fault of the Global warming (not warning)

9. That's why the united Nations are having a meeting in Copenhagen

10. All politicians want to visit Copenhagen that's why they take their private airplanes to go there and spoil the air a little more

11. They discuss why it is too hot or too cold or too wet or too dry, and what they should do about it, while outside the pro and cons demolish each other and the police.

12. This morning my mailman told me that it is cold. I only could confirm

13. But tomorrow it will be warmer. 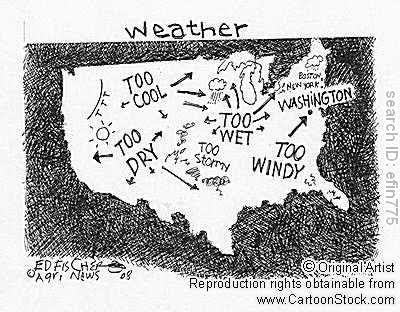 Remark : When you don't know what to write, write about weather !

Cats as usual overdo it !

we’re at the end of decade and in the media we’re seeing a lot of highlights, mishaps, misfortunes etc.. that have happened in the news. But what about everyone else? I would LOVE to see your highlights and lowlights from the “noughties”.

I really had to rake my brain for this, because I don't remember any special highlights, but I remember a "lowlight" which was the day when Mr. Gattino started his life as a retired man ! That turned my world a little upside down until we got used to live together 24 h a day, but I think this is the destiny of all married women. Now I don't have to worry anymore that I could forget to feed the cats (which btw never happened) but he is there to supervise and the cats get fat and fatter.

Another highlight for me but for a lot of people a lowlight, was the introduction of the Euro on 1st January 2002 and suddenly we got our salary in Euros and had to pay everything in Euros too. Most of the people my age are still calculating in Belgian Francs, I forgot them, I like the Euro it's so easy for travelling because it is used in 16 of the 27 European countries.

I really don't understand why the rest of them want to keep there own currency, pounds or whatever, they have to change their money into Euros anyway when they go abroad. Now the Euro is the second largest reserve currency and the second most traded currency in the world after the U.S. dollar and a lot of foreign countries prefere Euros to the $. Those who are 16 or 17 today don't even remember the Belgian francs. And those who pretend that with the introduction of the Euro everything increased, forget that their local currency prices increased too and we all pay more or less the same value for a bread.

Our cat family changed too. Max died after just 20 years of sharing our lives which was very sad. But then we adopted Arthur, who is such a funny cat and a childhood wish of Mr. G who always wanted a white cat. We inherited also the two cats of our son, because he moved from his house in London to an appartment in Amsterdam and the cats were so unhappy.

Last but not least I choose little Rosie on Internet and she is the first cat I could follow in pictures from birth until now that she is two years old. Other then that a big highlight which really changed my life was the discovery of internet in 2005 and then the start of a blog in 2006 which became so important that I had to make 3 out of one !

The important switch of one century to the next, i.e. 1999 to 2000 which is something very special and not all people live this event, I don't remember very well, because we were both sick and just got up at midnight to have some champagne, looked at the fireworks in the neighbourhood for a minute and went back to bed again, sneezing and caughing.

The last highlight was the purchase of my new car two years ago and the last lowlight the death of my best friend this year in february.

I wanted to show some pictures of Brussels' Christmas decoration but because of the bad weather it's impossible to take nice pictures outside.

So I went to department store, called "Garden Center" which had the whole 1st floor full of Christmas decorations which are "in" this year

Christmas fathers of all sizes

and different Christmas trees
Posted by Gattina at 06:00 5 comments: