LIVERPOOL AND THE BEATLES

The sun was again shining the whole way til Liverpool. It was a very long ride with two stops. We arrived in Liverpool at 3 pm and could visit the town afterwards. Our hotel was again an Ibis hotel and the Internet rates expensive. I really don't understand why in most of the cafés, pubs and restaurants WiFi is free and in Hotels you pay a fortune. Even Skype is expensive. 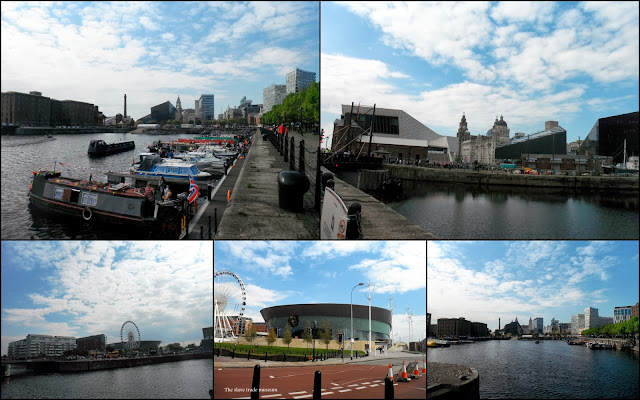 There was a WW 2 celebration for marines taking place in Liverpool and the city was crowded with marines, war ships etc. We went along the habour and walked a little through the city center. Liverpool is not a very beautiful town it's very industrial and was rather poor and you still can see that. Fortunately the Beatles brought masses of tourists to the city ! 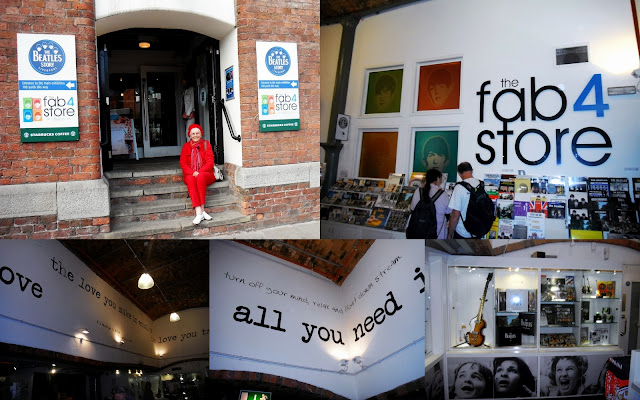 And wherever you go you see the Beatles !  On the way to the habour was the Beatle shop and the Beatle museum. We made a tour in the shop, it was interesting to see,  the Beatles on cups, plates, T-shirts as dolls, in short on everthing possible. 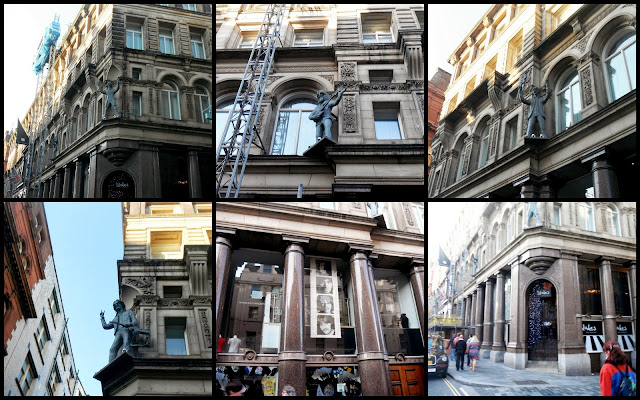 After supper some of us went with our guide to the place where the Beatles had started their career. The place was a basement called "The Cavern".  Just besides  "The Cavern" was a restaurant or hotel I don't know exactly what,  with Beatle sculptures on the front side. 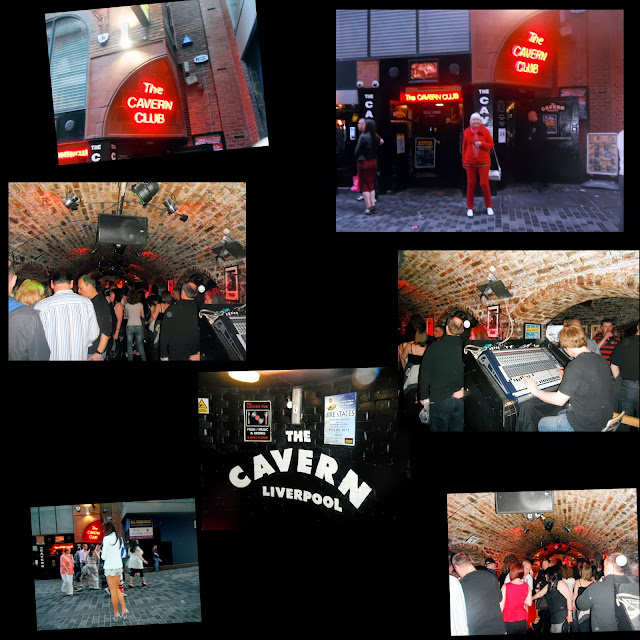 We then went inside ! We went down 3 floors to the cave and there was a group playing but so loud that I hardly could hear what they were playing.  I thought when I was going dancing at least you could hear the music. It was so full that I didn't stay long, just the time to take some pictures and then I went outside, while Ilona stayed inside for a while and danced with all the others ! It was fun ! I observed the people who came out, one girl was so drunken that she could hardly walk on her high heels ! It was really interesting. Then we walked slowly back to our hotel.

Tomorrow we are off to a more intellectual visit ... Shakespeare in Stratford on Avon. I should also meet a cat there which a blogfriend had photographed and written about ! Would be too funny if I would see the cat too !

I used to read a person from Melbourne's blog who moved with his partner to Liverpool and there are some really nice parts to Liverpool, but perhaps off the tourist trail.

I don't like crowded places or places with no windows. I also am not a fan of loud music. So visiting the Cavern Club would have made me miserable! I would have gotten a bunch of Beatles T shorts because they were my favorite group!

Hi Gattina - I've never been to Liverpool ... but there's an excellent museum and I'm sure there are some very memorable places - as you've mentioned.

They had a large commemorative event to do with the Atlantic convoys .. so you co-incided ..

Sounds like you are having a great time.
Wifi is free in most hotels around here.We even have wifi free zones in rest areas on highways.

I am with you about the cost of wi-fi in some hotels. In New York they wanted a ridiculous amount of money. Why when it is free in all the restaurants and coffee shops? Makes no sense at all. I haven't been to the Cavern but would be interested to see it. Have emailed you about Wed.

You will enjoy Stratford. It's very pretty.

Increduble! So Angus was the cat a blofg friend of you wrote about!!!! The world is small on the blogsphere!