Since exactly a week we arrived from Brussels cold and rainy weather in Hurghada/Egypt at the red sea. First thing we did was taking off all layers ! We had dressed like onions and finally arrived in our "winter home" in Jeans and T-shirt. Lots of things had changed to the better, now we had internet in the whole hotel and even in the rooms and on the beach and not only at the reception.

The animation team had changed and was even worse as last year, so we were not interested at all in their animations we animated us ourselves. 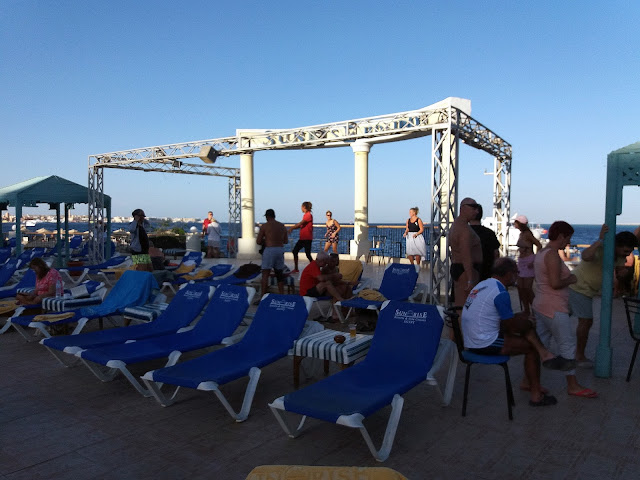 The animation team hopping around. 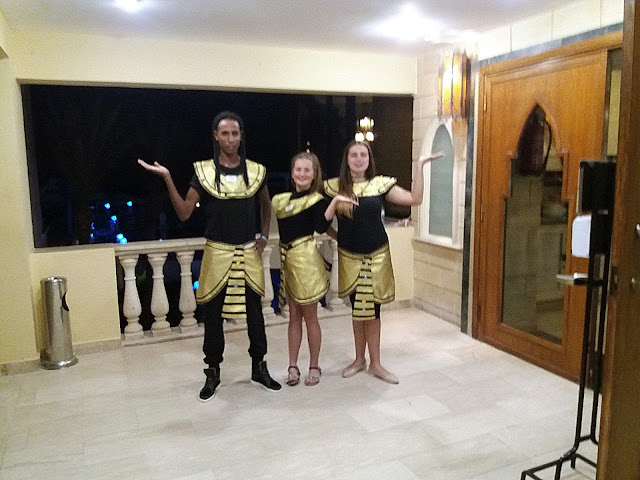 at the entrance of the restaurant we were greeted by "fake" Egyptians. Nicole and I had breakfast while Chantal and Diana went immediately to the beach. I talked with Nicole and it seemed to me that I had to speak very loud and louder, because she didn't understand me. Finally I almost screamed and asked what happened to her ears, when she suddenly stated that she had still her earplugs in her ears. Of course we all laughed and I didn't have to scream anymore. 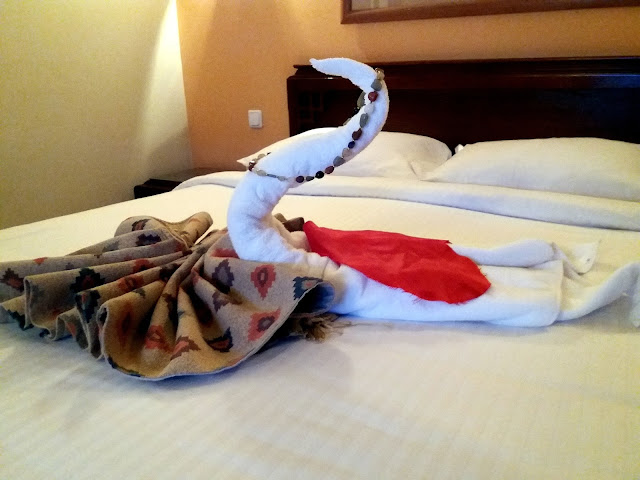 My room cleaner who is a man (no women clean in Egyptian hotels, they have better jobs) made every day (or nearly) such a nice decoration on my bed with the bath towels. 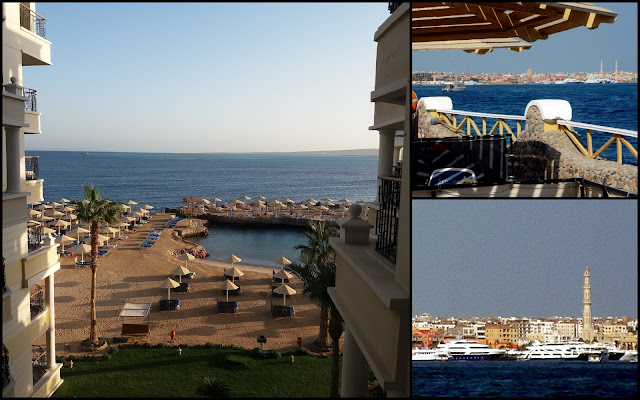 The view from my room was almost the same as last year and the town looked the same way. Unfortunately this year we had mosquitos which I never had. Our poor friend Diana was the favorite target of the mosquitos. Despite a special mosquito repel plug and another sound instrument, spray and creme the dear little animals always came back to her! 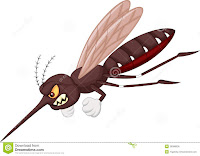 I first thought she was exaggerating, but then I shared my room with one and woke up all 5 min. It bit me and fortunately I remembered my Grandma's recipe, soap on the swollen parts. That helped then I left the bathroom light on and closed the door and apparently it was locked in there. I asked my room boy to please play a serial killer and get rid of them. which he did. 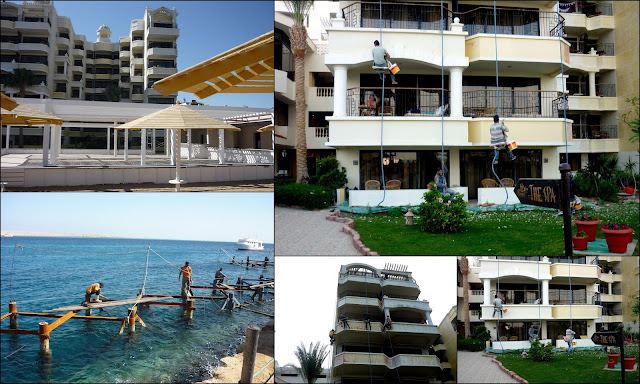 There were a lot of renovations going on. Inside and out, but they were so discrete that it didn't disturb us as all. 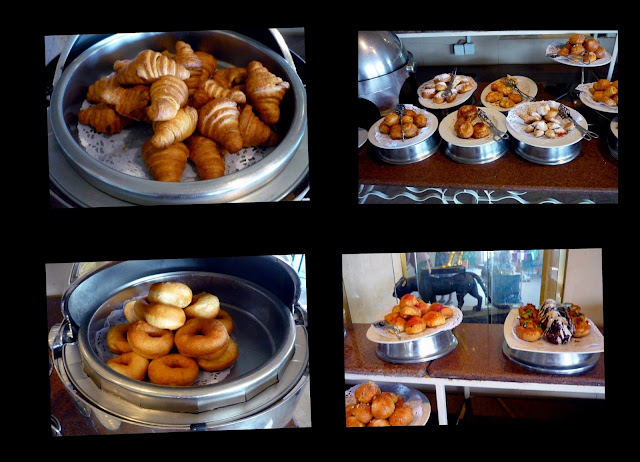 after "little" breakfasts like this we lay down on our beach beds. 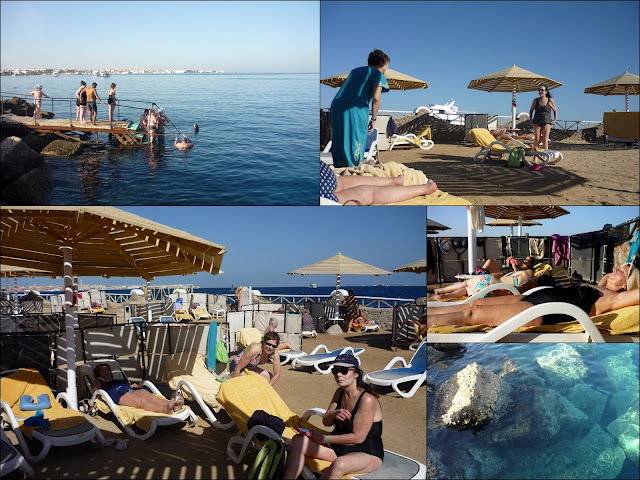 Fortunately Diana is an early bird and "booked" our beds at 5.30 am otherwise the best places in the sun were taken. The sun goes down at 3 1/2 and it becomes dark and cooler. Of course it's winter here too only you have the feeling to be in the middle of the summer. Not to become fat like a Buddha we swam a lot in the warm water. I saw an enormous turtle, in the water, but unfortunately couldn't take a picture of it.

In the evening we are so tired that at 9 pm we go to bed and read a little or watch TV. It's probably the fresh air which makes us so tired ! But we are up at 7 to enjoy the sunshine. 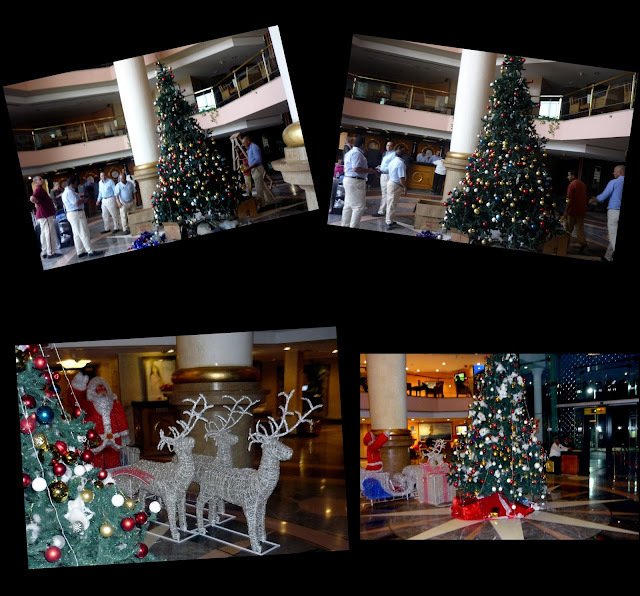 On St. Niklaas day big boxes appeared and a bunch of men started to put up a beautiful Christmas tree with a Father Christmas and the reindeer. We all had a lot of fun. The Egyptian people are always in a good mood and have a lot of humour. 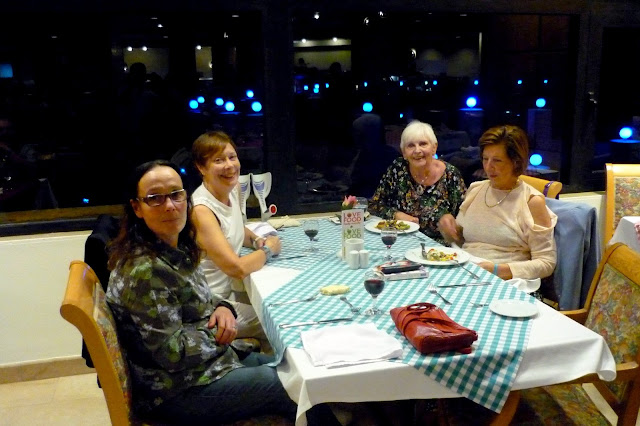 In the evenings we took our main meal. The food was excellent real organic ! The chicken tasted like a happy chicken, and the vegetables had their real good taste. 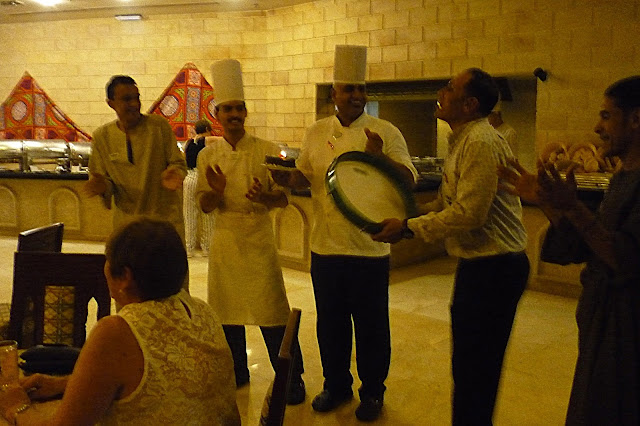 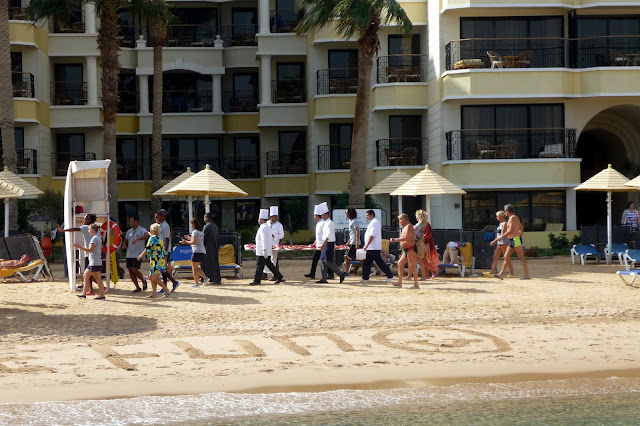 A fruit parade with the cooks on the beach, we all could take what we wanted.

A guest had even decorated his umbrella with Christmas decoration !!

As yesterday it was a bit cooler we finally went shopping. On the way back we had a taxi which was really special. The whole inside was painted with skulls and the music must have come from an horror movie, Nicole tried to sing to the music which caused terrible laughter and the driver made the music louder and pointed with his finger on us sitting in the back when he met another taxi driver.