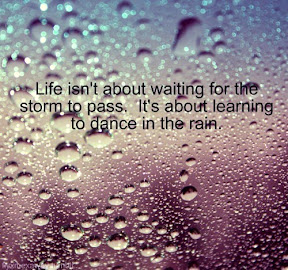 1. I have the impression that my days are like a pearl necklace, every day the same ... It rains and I only went out for hopping in the warm water during aqua gym. We only were half of our usual group, the others had a cold or the flew !

2. To distract me a bit I went to my friend Nicole, and wanted to spend a nice afternoon with her. Unfortunately a friend of hers came and cried the whole time because her husband has started Alzheimer. We tried our best to comfort her, but we don't really know how to help her I told her to ask the Alzheimer association in Brussels. She certainly can get some help there.

3. On TV there is nothing but dramas, terrorist attacks, or threats, we had two this week, fortunately false alerts caused by hysterical people which ended in a huge traffic jam in Brussels. The security level has been increased as the Jihadists believe that Belgium is the "little" sister of France, which is rather offending especially for the Flemish part of the country !

4. My friend Ilona had asked me to buy her a little tablet, which I did and I just had the time to return home when a thunderstorm started ! The only cat out of my four who bothers about thunder is Arthur usually the hero and most sociable cat, he hid under the bed!

5. In my painting course we had a birthday celebration and a lot of fun, the cake was very good. Here too half of the class was missing for the same reasons as mentioned above. 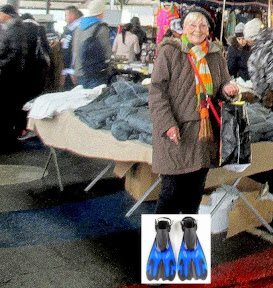 If ever you travel through Europe and you don't have your own computer you have to use the once which are in a  hotel, bar or internet café. And then the trouble starts when you have to type a text.

The English one has the QWERTY keyboard

The German has QUERTZ with additional keys for Ä, Ö, and Ü and the Y is also at another place !

The worst is in France and Belgium for all others. It is completely different and has the AZERTY keyboard.

I have typed my whole life on an AZERTY keyboard, so when I am on holidays and have to use the English QUERTY or the German QUERTZ, it takes me ages to type a little text, as I am used to type without looking at the keyboard. The word "Quality" would become "Azrlitz" if you don't pay attention and look for the letters !

This finally convinced me to buy a little travel computer with my AZERTY keyboard and I have no troubles anymore ! 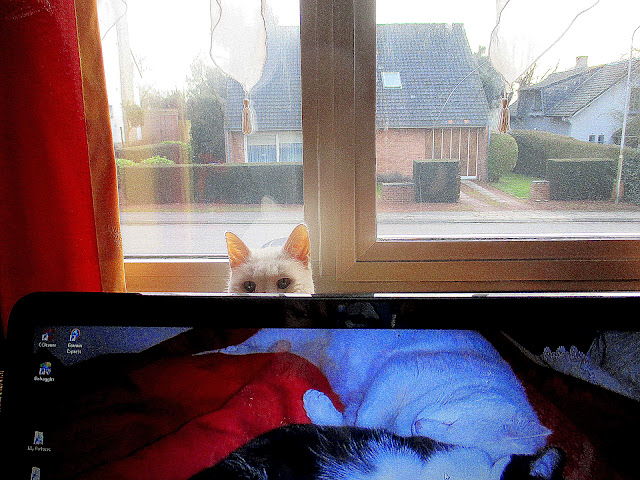 MY WEEKEND OF JANUARY 24

On Saturday morning when I opened the shutters, the world had become white over night ! 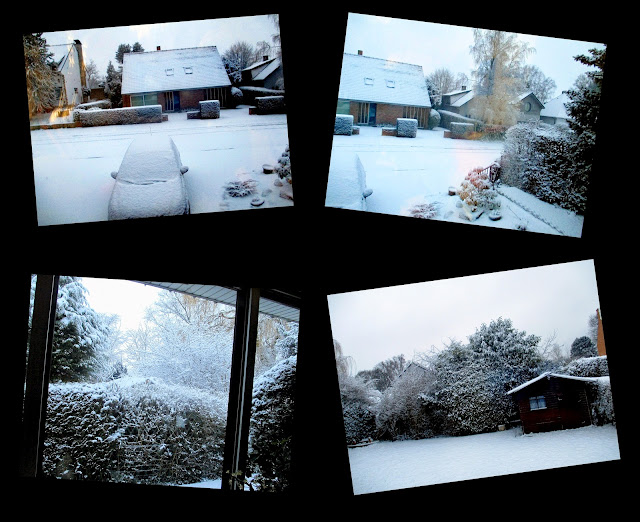 When I looked through the windows of our house I saw that there was quite a lot of snow. It had been announced, but probably nobody had thought that it would snow that much ! 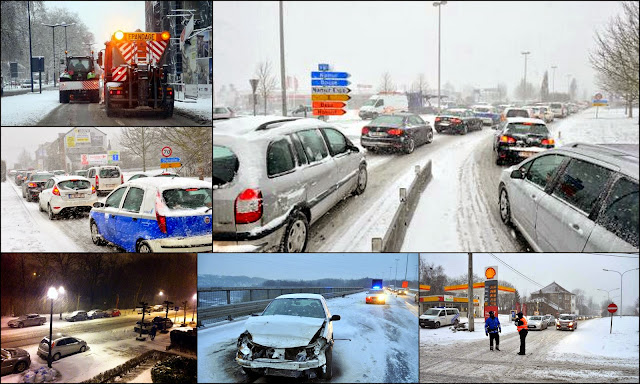 As usual the responsible authority wasn't prepared, which caused a terrible traffic jam on the highways and in the city. There were many accidents and people had to wait for hours in their cars. 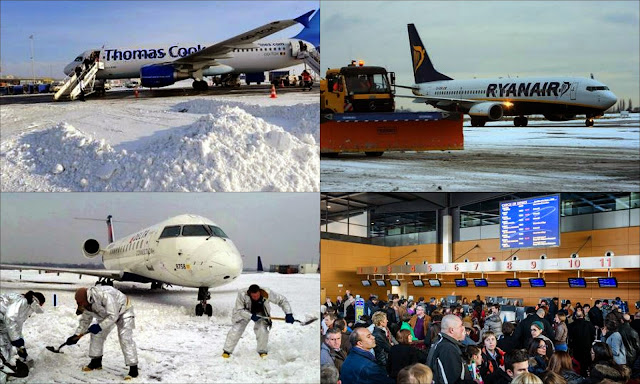 It was the same at Brussels South airport, all flights had to be cancelled and the travellers were stuck for 4 h ! Everybody complained that there had nothing been done to prevent this chaos.

And as sudden as it had come, the snow melted around noon, and when I drove to Ilona's the streets were normal. I had thought that maybe I wouldn't be able to drive. We spent a nice afternoon together in front of her stove and watched the flames.

Sunday we were invited to our neighbor's birthday. 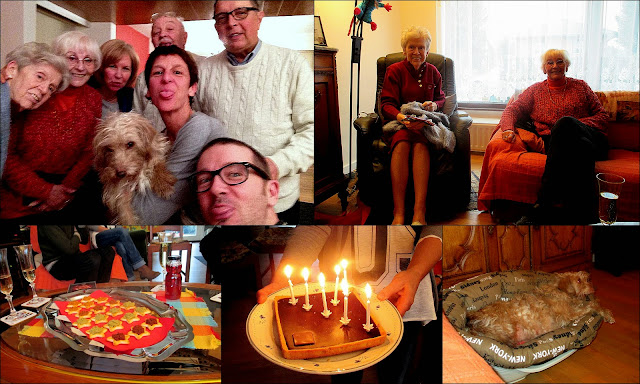 I know her since we moved here in 1975 ! Her daughters used to play and babysit our son. We had a lot of fun as the picture shows. A friend (the one with the glasses on his head) is 82 and  was born and had lived in Waterloo ever since. He told us so many stories about this little village where everybody knew everybody, when it wasn't yet a tourist place and has now become a city. The Lion hill was a place to play and the Wellington museum was not really a museum because you could go inside and children tried out Wellington's bed !

We spent a very nice afternoon.
Posted by Gattina at 07:39 10 comments: