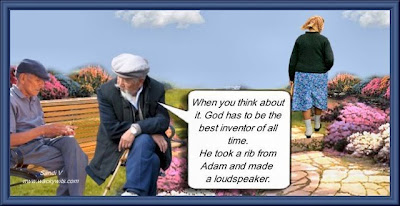 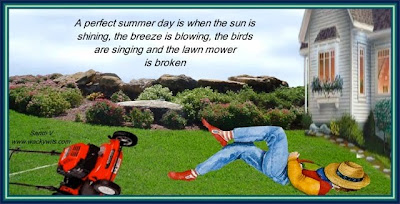 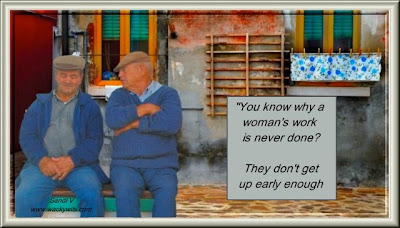 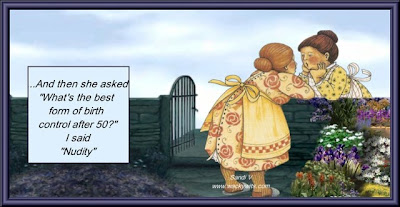 something to laugh, for those who haven't seen that yet
Posted by Gattina at 06:00 6 comments:

1. When all your rooms in the house are freshly painted you suddenly realize that lots of things which seemed clean to you before are suddenly dirty and dusty.

2. I took all the ceramic cats and didn't wash dishes but cats

it looked quiet funny and certainly more cute than dirty dishes. After they had dried I put them back in the vitrine.

3. The Waterloo battle was dirty too, I dusted the soldiers and Mr. G. put them back

in order, because I don't know how to create a battle field and who is who with the uniforms. I would have put them all mixed up. Enemies together against friends or something.

4. Ilona helped me repairing a hole in my cat vitrine, the wood was damaged and she is very good in such things. Now it looks like new. The rest of the afternoon we spent chatting and making plans for some expositions to visit.

5. In our painting class we had an unexpected visitor, suddenly a little white dog with huge eyes stepped in greeting everybody with waggling tail. Nobody knew to whom he belonged, neither of us had a dog and nobody else from the retirement residence. He had just walked through the door and greeted the receptionist. My teacher finally called the police to leave her address and then took him with her to take him to the vet to find out to whom he belonged as he apparently had lost his collar.

Nothing special happened this week except that some daisies and daffodils showed their nose ! Spring is arriving !
Posted by Gattina at 06:00 10 comments:

As you probably know I live in Belgium, in Waterloo which has made history, because Napoleon has lost his battle against Wellington and the most important European countries and had been exilated after that.

Many people ignore this fact and often relate Waterloo rather to the Abba song "Waterloo" with which they won the European song contest "Eurovision" in 1974.

My my, at waterloo napoleon did surrender
Oh yeah, and I have met my destiny in quite a similar way
The history book on the shelf
Is always repeating itself
Waterloo - I was defeated, you won the war ......

The song doesn't describes the battle but it is a fact that ever since this song became so famous, it was very good for Waterloo City ! With the song came the tourists ! If 35 years ago there were only very few tourists visiting Waterloo and it's famous Lion, now there are thousands coming from all over the world and especially when there is the reconstitution of the Waterloo battle. (here on my travel blog).

When I was in London, people often thought that I talked about the Waterloo Station and that I would live nearby and they didn't know that this station had been named Waterloo in honor of the Duke of Wellington who had won the battle against Napoleon there.

I will not give a history lesson here or copy tourist informations, you can read everything in Wikipedia about Waterloo or just google ! you will be surprised how many links you will find.

Waterloo had been a little cosy town almost a village 37 years ago when we bought our property. Now it is very demanded as a "posh" area to live. It is not far from Brussels only about 15 km connected with a motorway. Therefore you could be in Brussels in 15 min, but this is only theory, usually it takes you more than 1 h on working days and during office hours.

A lot of Scandinavians, English and Americans moved to Waterloo, because English speaking schools like the St. Johns International school and the Scandinavian school, are in Waterloo. Waterloo residents take it easy, learn English and follow the decoration uses for all American holidays. Now you can find easter bunnies and father Christmas in all shops and all the food specialities of all the other countries. Even the famous English Christmas pudding which was almost impossible to get !

Waterloo is a very long stretched city along the main street and is not very large. Along the streets you have many boutiques and shops. Shopping malls are outside the city. During spring time, Japanese cherry trees are blooming and many streets are full of these trees.

We have a lot of parcs and woods around Waterloo and although the population has doubled and many new houses built there is still a lot of green space.

Waterloo is also rather calm concerning criminality. Of course there are lots of burgleries because of the huge villas and rich people living here, but street attacks are very seldom. Haven't even heard of any.

The house were Wellington lived during the battle is in the center of Waterloo just in front of the church and is a Museum today. Old Waterloo residents when they were kids, used to play in Wellington's bed when it was still an empty house. Wellingtons bed is very small, today a 10 year old child would fit in it.

When it rains (which it does very often) you can walk in the small shopping galeries, full of quite expensive boutiques and shops.

From far you can already see the Lion of Waterloo. It was built on the bones of the fallen soldiers and women carried earth to cover them and build the hill. I don't know if that is true, but still it's a thrilling story. The Lion turns his face to England and his bottom to France because they lost ! 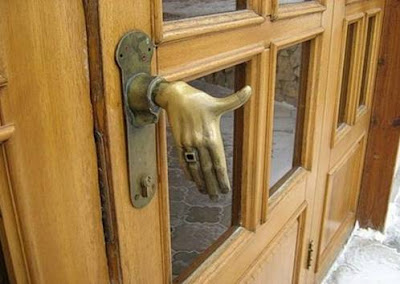 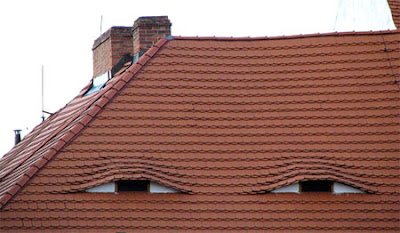 MY WORLD - Carnival of Binche

Helps you to remember what you have done on the weekend of March 12 . You never know if you need an alibi ! If you participate please put the little logo on the top of your post and leave your link.

I start to feel and smell spring in the air, which is good for my mood and old bones ! But when I went shopping in the morning I got furious !

The old Police station which stood there since always and long before we moved to Waterloo in 1975, will disappear ! When I stopped at the red light I saw them demolishing it ! Maybe I shouldn't be sad for a police station, but it makes me furious that old buildings with some character are torn down and replaced by modern glass boxes ! If this is the case, I go demolishing the mayor and will then admire the new police station from inside !

In the afternoon the sun came out and it was quiet warm 14 °C (57 F) and the cats played in the garden hide and seek !

My friend Dominique and I went for an almost 2 h walk through the fields behind the area where we live and which hadn't changed since my son played there when he was a little boy.

At least here, for the moment there are no house building in view. Dominique dogsitted her brother's 12 year old Golden Retriever called Theo, who enjoyed the walk as much as we did, but he started to get tired so we returned home. After that we had a nice cup of tea with the left overs of the huge cake my other friend had brought on Thursday. Dominique had bought a new TV and connected to another server the same we have, so I explained to her how to record movies, or series or documentations. After a delicious cheese fondue, Mr. G and I watched guess what ... a "Midsummer murder" with Inspector Barnaby, (this time there were 4 murders). Soon he will be part of the family !

On Sunday just like last week I went to the market and bought a delicious homemade couscous from a Morrocan stall. In the morning I had quiet some emotions, Mr. G. in his sleep had fought with somebody and had pulled down the curtains with the rails out of the ceiling ! Fortunately we sleep in different rooms otherwise you could read in the newspaper "Man killed his wife in his sleep" (not in her sleep !)

I don't know if it is due to my light therapy lamp I installed for him besides his computer because he felt so tired, but honnestly I would prefer that he uses his energy during the day for house works than demolishing the house during the night. My only hope now is that cat Pookie doesn't get too much energy too and will fill the house with mice ! Our cats catch the mice outside and bring them home.

The afternoon was filled with Blogging work and in the evening I went with Dominique to the movies, we saw the "King's Speech". What a wonderful film ! We both were very touched by the terrible childhood of this poor king. What a hard life Royal kids had in the past ! If a film earns Oscars then certainly this one. I can only recommend it !

Labels: What did you do this weekend ? First spring signs

SITTING IN THE WRONG BODY

When my three friends and I went to the Carnival in Binche together we entertained the whole train compartment and not even on purpose. We were just discussing amongst other subjects what kind of men were on the market actually for them. (I am the only one still married and start to think that I earn a golden medal for that).

We came to the conclusion that the choice was not very big, or fat or bald or both, there were only very few once well conserved, to make it worthwhile to start cooking, washing and ironing for a men again.

The young men and girls all students in the compartment laughed their heads off and we quickly became very popular. On the streets it wasn't better especially for me because of my orange wig. Young men who saw me from the back tried to carry me with them and to push me into a café to offer me a drink, but then when I turned around and they saw me from the front, they laughed and called me the funniest granny they had ever seen, and wanted to keep me with them as a sort of mascot.

I don't know if it was my laughter and my joking or just the orange wig, but I
came to the conclusion that this French proverb is very true :

This fact made me thoughtful only for a minute because I feel as if I am sitting in the wrong body which doesn't fit with my mind anymore !

But I think this is still better than looking "young" like a caucasian with a stretched facelifted chinese face, feeling old and counting booboos, then having fun and enjoy life with a few wrinkles in the face !