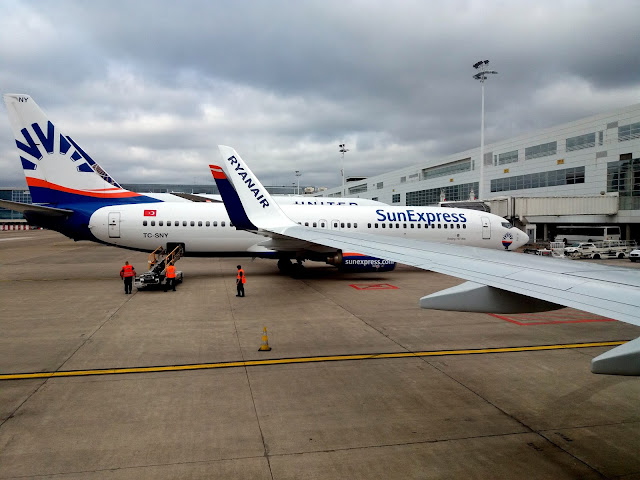 
What happened this week ? Not much besides Monday which was Christmas day and I described it in the post below.

I didn't do much the next day I felt like a bear of whom you had interrupted the winter sleep. But I had to go outside pick up Ilona who had had put winter tires on her car and had to wait until it was finished. As Nicole lives around the corner we went to her and over coffee we chatted about our family Christmas experiences and came to the conclusion that it is rather difficult when you are getting older, apparently children have difficulties to get used to it. From Ilona I got this cute little purse for beach or little walks, it has just the right size for the important things like phone and wallet and bank cards 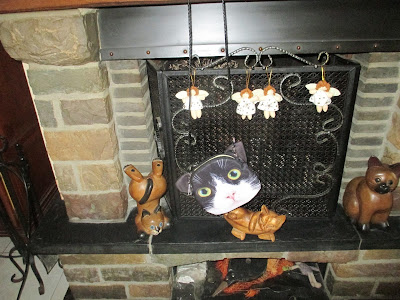 When I looked in the mirror the next morning I thought just a stick was missing and I looked like a broom with a face. I pulled myself together and went to the hairdresser.  I don't know why but I made the whole saloon laugh and so we all had a good time. And while we discussed about Christmas, the too much eating etc the girl cut and cut and cut and I didn't stop her I hadn't realized. But there are still some hairs left and Mr. G. and my friends like the new cut only I have to get used to it but anyway it will grow again ! 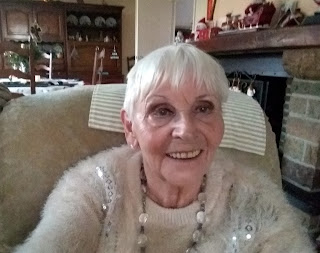 And while we discussed about two policemen from whom a real bad person had taken a picture while they carried a Christmas bag during working hours.  He had put the photo on Facebook and later it went through the press. Fortunately the majority of the people took it with humour and defended the two brave guys. The best comments were " they protected a shop and took the opportunity to buy something for their wives", and "why are you complaining, they only did their job and checked the bags if there were no explosives in it. 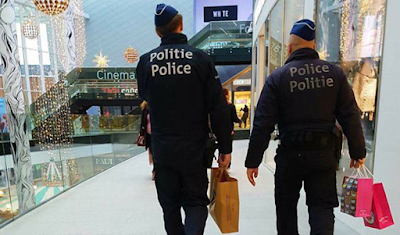 It almost became a political scandal but finally the good sense won, and they got no problems. They were also supported by most of the population. I mean these guys do a hard job anyway always on the street watching if there is not a little terrorist around. Don't forget Trump has said that Brussels is a hell hole !

The next day my Swatch watch (sounds good) didn't work anymore. I supposed it was the battery. I took it off couldn't do anything and put it on again, with the result that during shopping  I lost my watch and found it again besides my car, looking like this ! 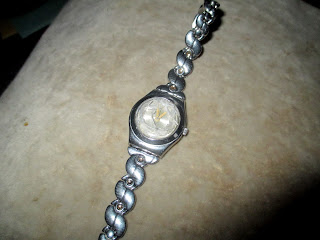 The glass completely broken ! I don't know yet if it is worthwhile to repair it otherwise I have to buy a new one,  Mr. G. said it is better to buy a new one and it would be a belayed Christmas gift !

This will probably be the last post of the year 2017 ! So I wish you all 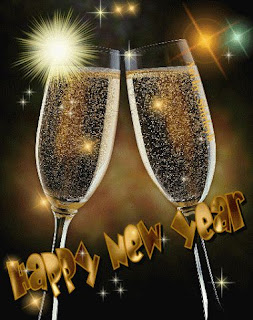 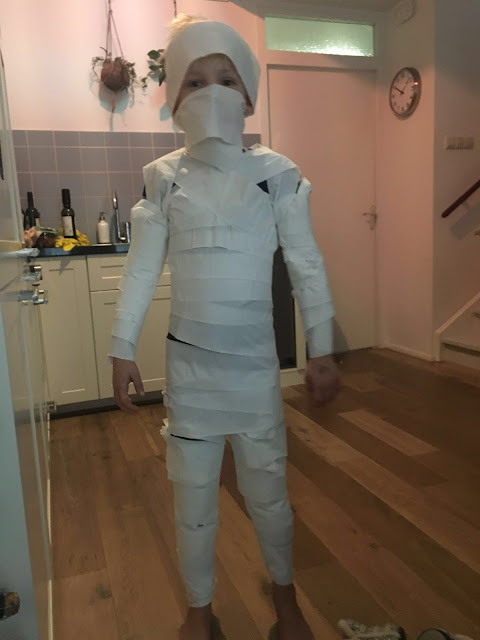 Grandson discovers Egypt and a mummy !


As there is a holiday break for Wednesday's hodgepodge, I take the opportunity to write for myself and those who are interested to read about our Christmas celebration.

We  celebrated here in Waterloo/Brussels, the German way on Christmas Eve, which means Father Christmas came through the chimney while we got dressed for the aperitif ! 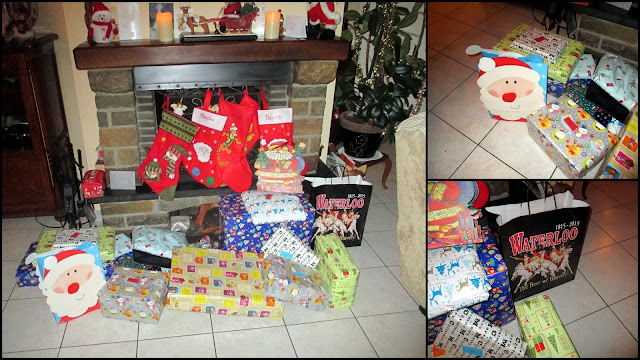 Fortunately he didn't get stuck with all the gifts he brought ! 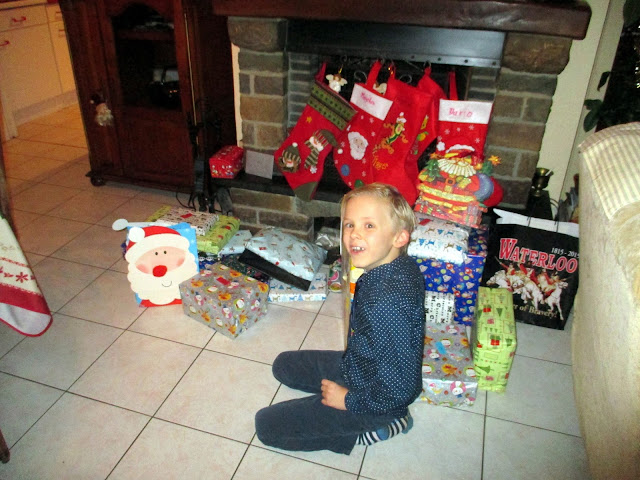 There was a happy little boy when he discovered all the boxes ! 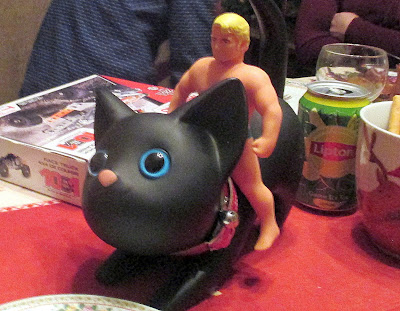 I have got this cute cat which is a piggy bank for my travels. And there was even a "starter" in it. The Trump looking like rider is Mr. Muscles which Toby had put on it. This thing was amazing you could pull arms and legs in all directions I thought it is an ideal gift for stressed people ! 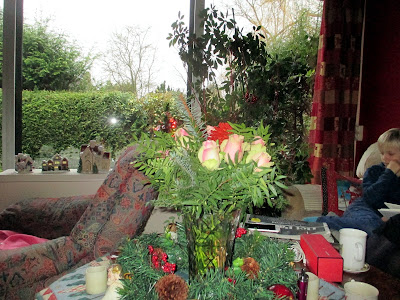 They also brought me this beautiful Christmas bouquet. 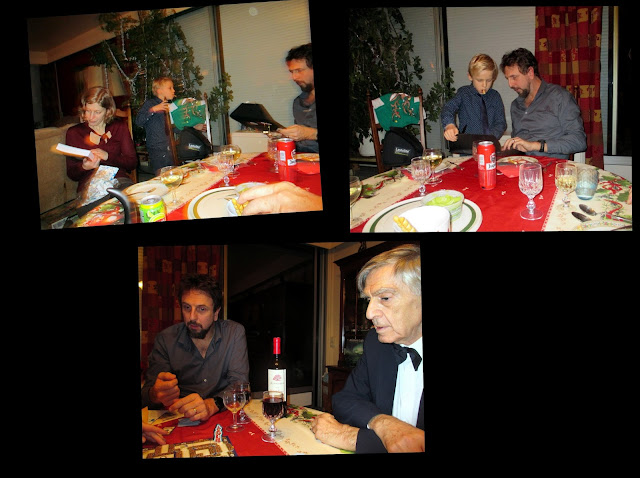 Then we had a light supper and I went to bed because I still suffer from the sequels of my flu.

When I woke up around midnight, Mr. G. told me that the 3 had gone to the hotel, because apparently in our guest room where until this day or rather night they had always slept, Toby couldn't sleep because he coughed, he is allergic to cats ! (having a grandson allergic to cats that just takes the bisquit) Strange is that the whole afternoon and evening he was completely normal. Maybe it's the fact that they were 3 in the room normally my DIL prefers to stay in Amsterdam, as she doesn't speak French and not everybody English I can understand that it's boring for her. 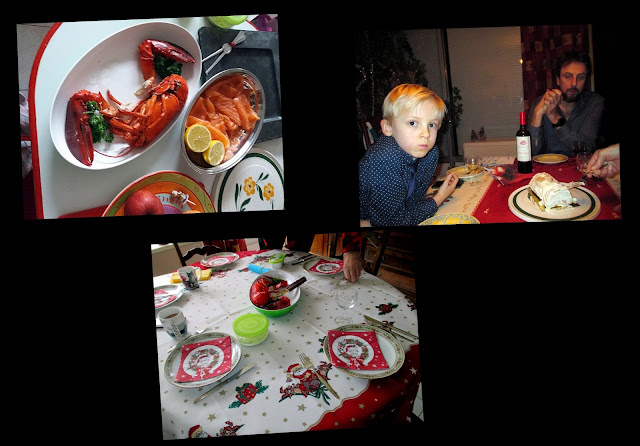 On Christmas day we had a wonderful lunch. Our friend Monique whose son is a wholesaler for seafood and fish,  had brought too much to his mother. She called me if we would like a lobster and some salmon. Of course I didn't say no !! It was absolutely delicious ! 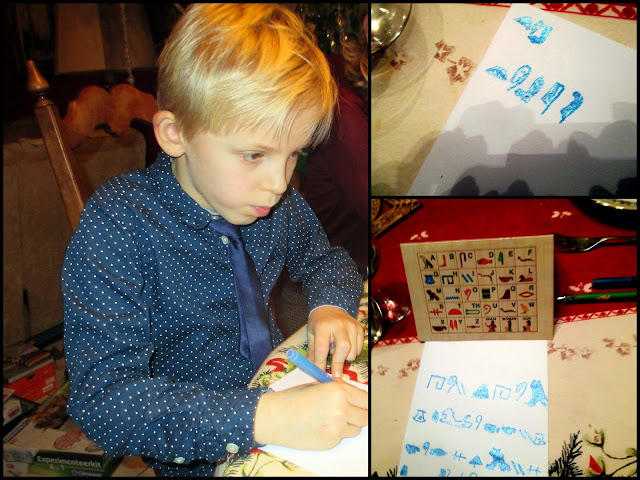 Now 7 year old Toby is very much interested in Egypt, ever since he got a book from his other Grandma "Dummie the mummy". Therefore I had brought from Egypt all kind of things, piramides, camels, gods etc. Even a sarcophagi with a mummy in it and a card with the Egyptian alphabet. I suggested to write "Merry Christmas"  not believing that he could, but he did ! He even added "to Tom" to his friend in Amsterdam, because the father was Egyptian ! 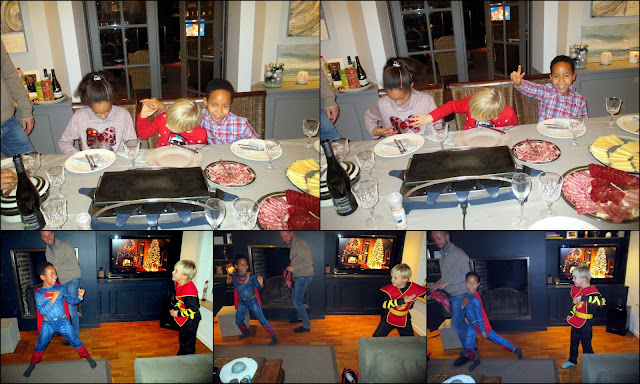 On Christmas day we were all invited at my son's best friend, and as both sons became best friends too and are both the same age, it was a lot of fun ! Toby inspects the butterfly on Camille's pullover ! 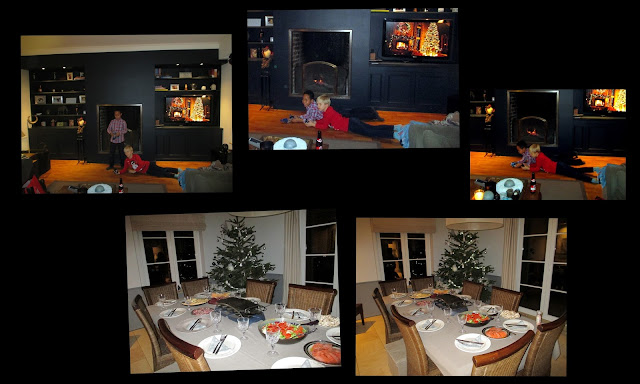 We had a raclette and all a very good appetite. That's fun to eat, everybody cooks his stuff himself and as desert we had the traditional "buche de Noël", or Yule Log.

I don't know what I have done, but I miss a lot of pictures on my photo camera. I think it's getting old.

So one year's end celebration is over, comes the next on Sunday.

My friend Ilona also had the flu while I was in Egypt and she told me that it takes at least 2 weeks to feel "normal" again. So I have to wait another week !
Posted by Gattina at 12:04 8 comments: