1. This week was rather boring because I had to recover from this strange infection I caught heaven knows where and I still have to take the antibiotics which switched me to (very) slow motion ! What I did was dragging myself from computer to TV and the other way around.

2. Each time I saw me in a mirror I got a nervous breakdown. My hair had grown and I looked like a witch only the broom was missing. I called my hairdresser got an appointment and had my hair cut. With a new head and a better mood I returned home.

3. I had to buy litter for my cats because when it rains they fear for their botties and prefer to use the litter box instead of going outside. On my way back I stopped at Nicole's whose heating was just repaired, she had a leak of gas which could be very dangerous. We had a drink together and complained about the naughty weather.

4. My vacuum cleaner went on strike, the motor got hot and the cable too so before it exploded I brought it back to the shop. It was still under warranty  until October 9,  so it had chosen the right moment not to die on October 10 ! The salesman was very friendly he gave me a new one a more recent model for the same price and a new warranty too, so I am OK again for the next 2 years !
Normally a vacuum cleaner should last longer but if I get a new one every two years I certainly don't complain !! 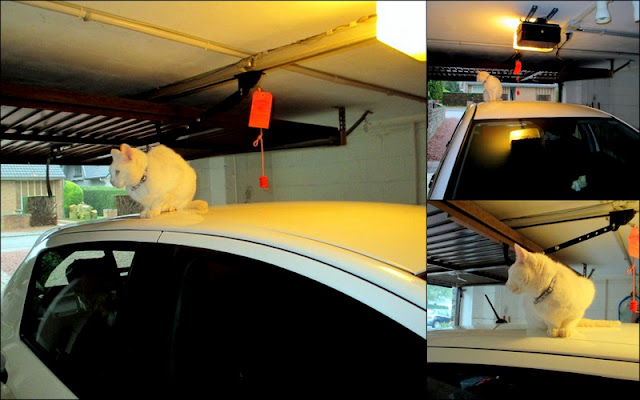 When I wanted to drive my car out of the garage, cat Arthur was sitting on the roof. He didn't move and I drove with him outside, he only jumped down (very offended) when I closed the garage door with the remote control. 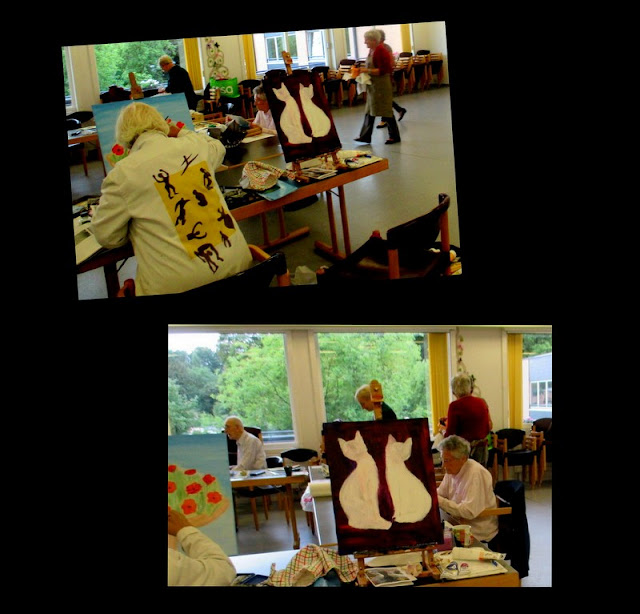 In my painting class I started for the 3rd time a painting on the same canvas, but I think this time it will be the last ! I intend to finish this painting !


When I was a little girl I wanted to become actress. I loved to play roles which I invented for me and my little friends. Then we would dress up as prince and princesses and invented little plays. Strange was that no girl wanted to play a prince and there were always discussions who would play this disgraceful role. As a princess you were allowed to wear old beautiful clothes from your mum, as a prince we had to look for old trousers (leggings didn't exist) from a brother amongst my friends.

At school we had theatre plays too. Once I had to play a policeman and wasn't happy at all in my old 1800 something uniform. Another time I was a farmer with a pink pig out of fabric. Imagine !

When I was a young girl I sometimes played roles too. 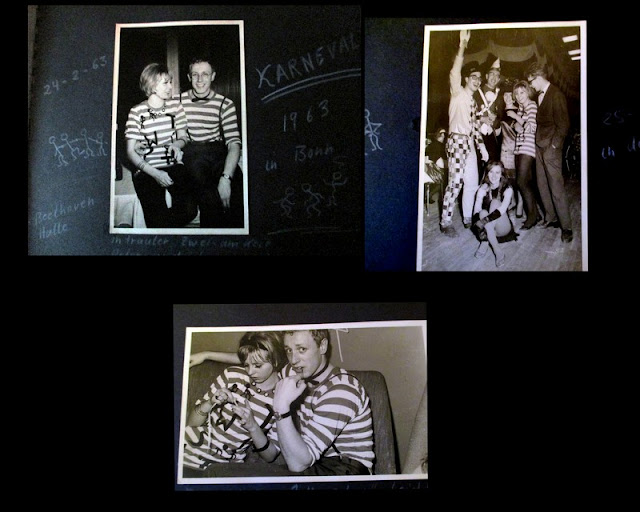 Once I went to Cologne for the carnival and on the evening during a party I spoke German with a terrible French accent so that they all thought I would be French and complimented me how well I spoke German. I have to admit that at the end it was hard to keep my accent.

Now I have reached the vintage age, have played many roles during my life, but never as an actress, it was on the stage of real life. At least I had a dream which didn't come true maybe fortunately ! 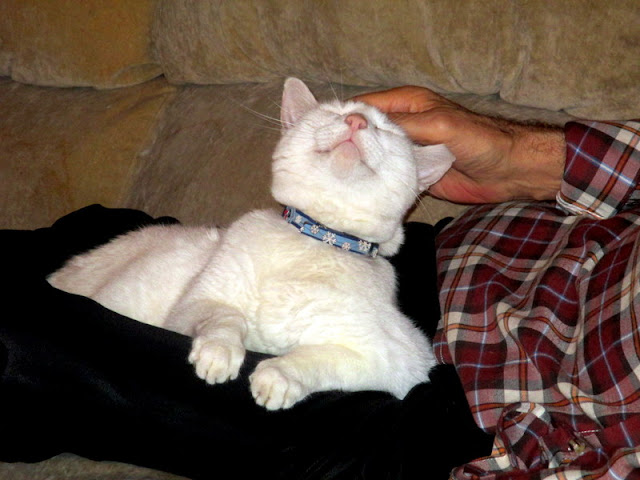 A WALK THROUGH BRUSSELS

I don't go often to Brussels city center unless there are special events, or if I have a visitor from abroad. This was the case when my French friend Claudie was on visit as she does each year. 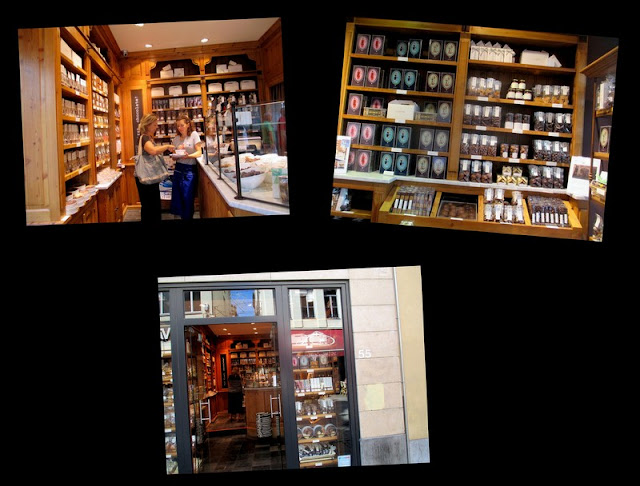 All around the famous Grand' Place are lots of shops with Belgian chocolate. Claudie is a "sweet" girl so she walked along the shops with a watering mouth and went inside to buy some sweets. 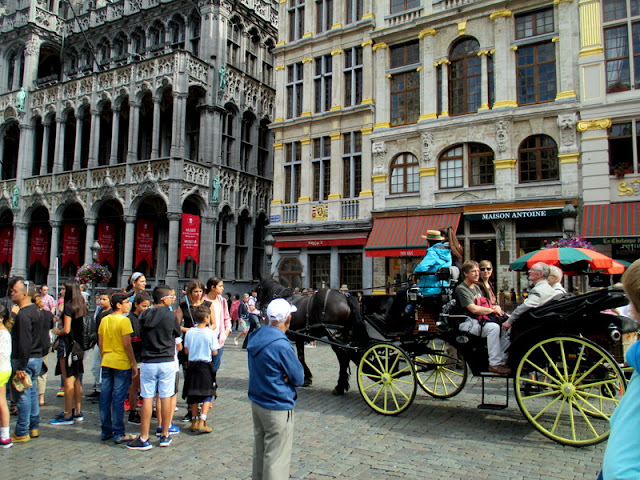 Carriages took people around from all over the world 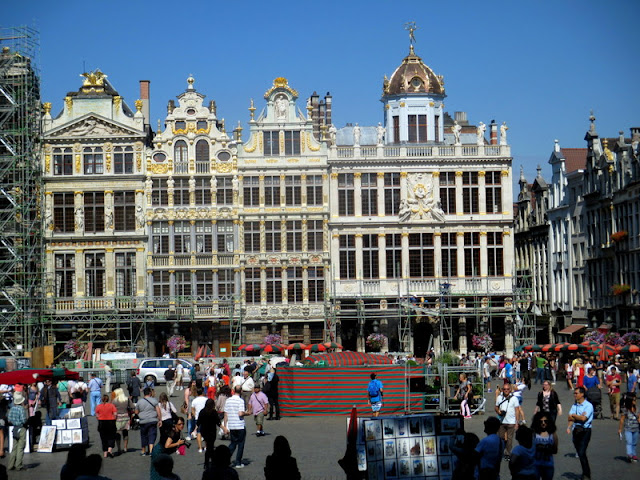 The beautiful historical buildings of the Grand'Place had been restored since 2011. Now the next to last building had been finished and the scaffolds taken down. All the golden decorations and sculptures had been repainted with a special color mixed with 8 x 8 cm sheets of gold of  23,75 carats which is quite a lot if you consider that a normal high quality jewelry contains 18 carats.

The result is really beautiful ! Especially when the sun is shining and the gold glitters in the sun. 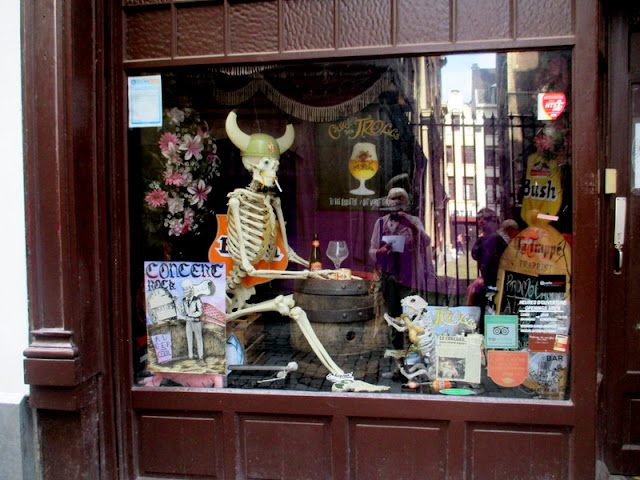 Just in a little side street at the Grand'Place is this very old bar called "Le cercueil" which means "The coffin". It exists as long as I can remember and I have been in there in my 20th. My company used to take their customers there, because it's quite a special place, the beer is served in skulls and the tables are coffins. 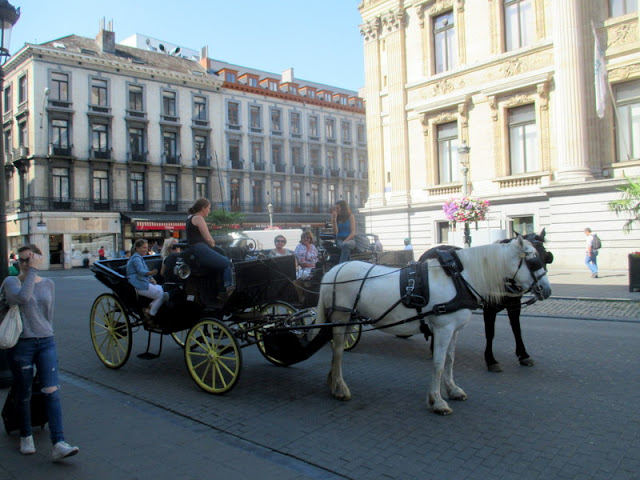 I saw another carriage behind "La Bourse" the ancient stock market which will become a Belgian beer museum in 2018. It will probably be called "Belgian Beer Palace " but it has not been decided yet. Important transformations and renovations are going on inside and the building is closed. 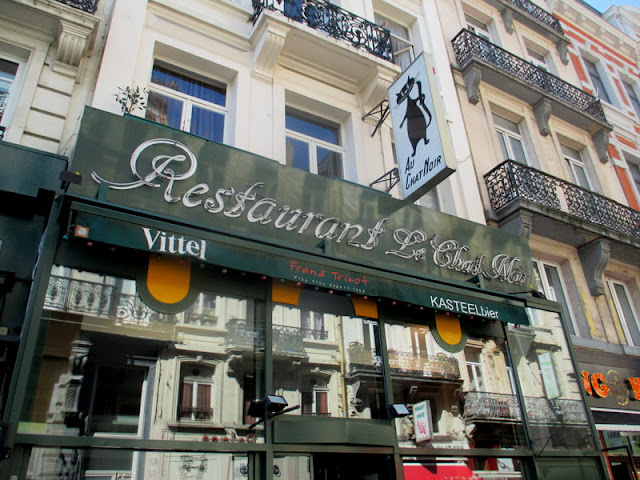 I discovered a restaurant for me "Le Chat" = "The Cat" 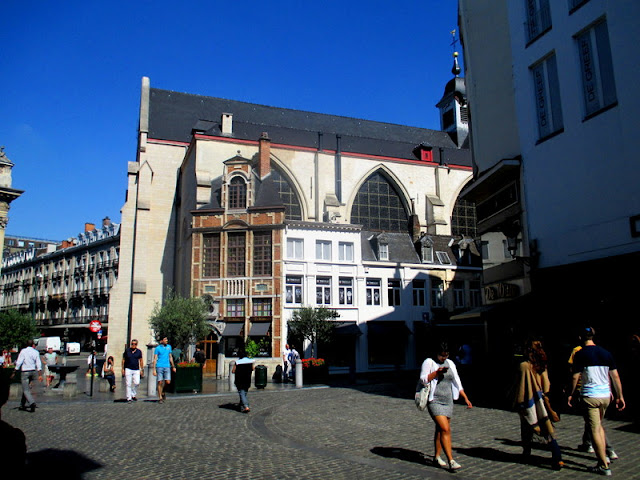 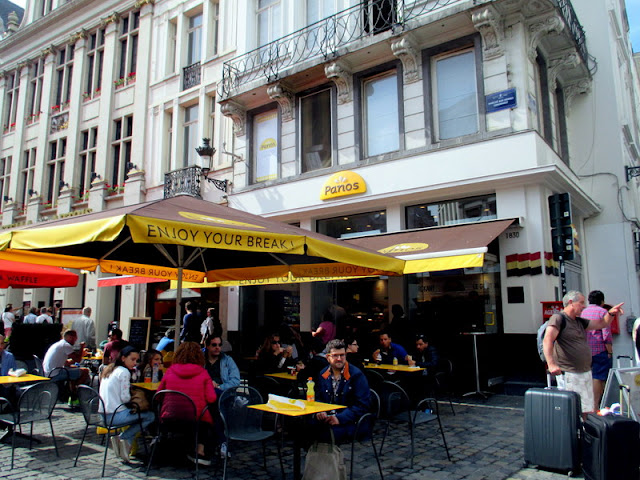 Lots of restaurants, Brasseries and cafés are all around 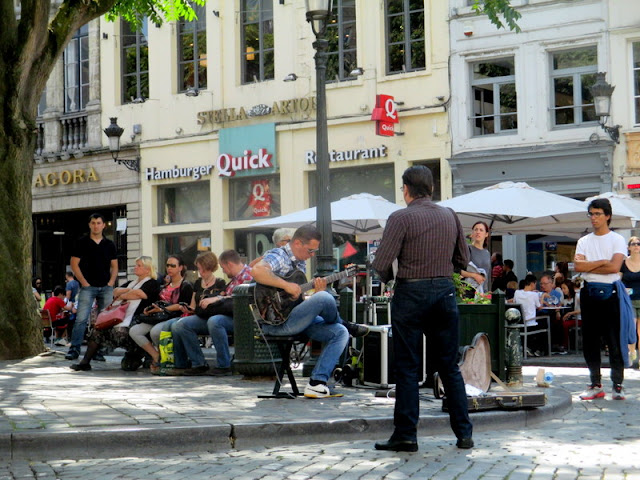 So is street music 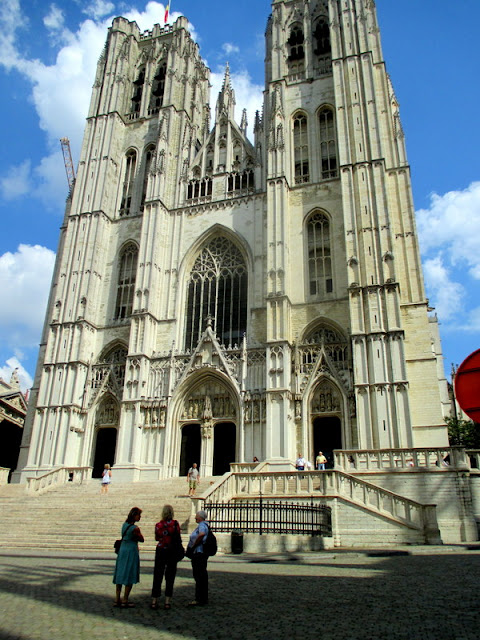 St Michael and St Gudula Cathedral where the royals get married and the royal funeral services are held. 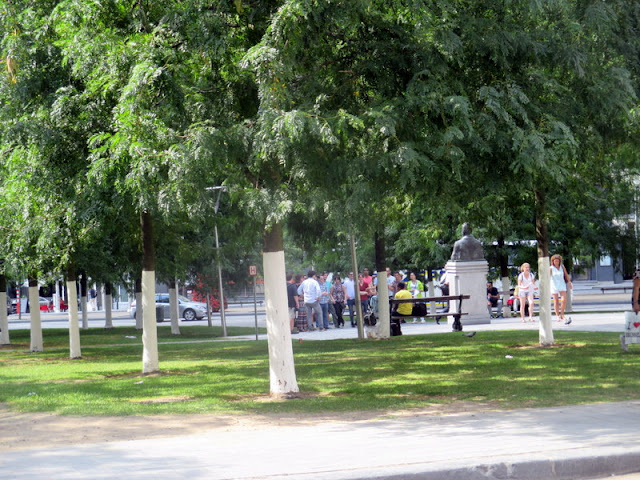 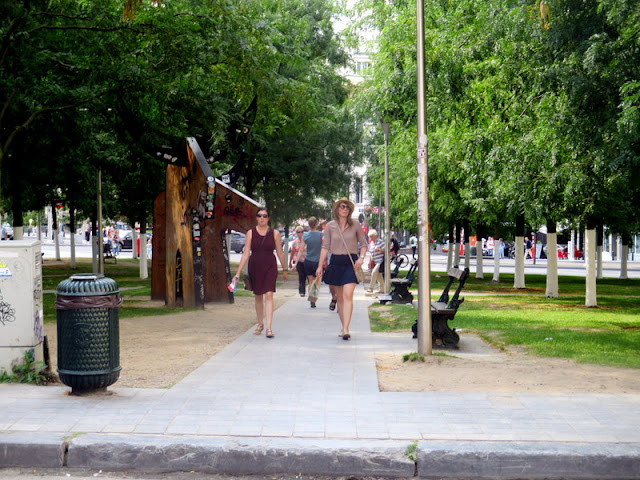 Just in front is a nice little park.

This finished our walk and we returned home.

I can't say that this weekend was very enjoyable ! During the night from Friday to Saturday, I woke up because I felt so hot and strange. In the morning I took my temperature and had 39°. Quite a lot ! I asked Mr. G. to call our doctor but he was suffering from a severe arthritis attack and couldn't even hold the phone !

My lady Dr. came as early as she could and diagnosed me with a virus which is swirling around for the moment and makes people "happy". She prescribed me antibiotics and a lot of other things to get on feet as quickly as possible. For Mr. G. there was nothing to do but taking pain killers.

So we were both laying in our beds and played hospital !  Fortunately I had enough food at home, so that was not a problem, but anyway we weren't very hungry neither. 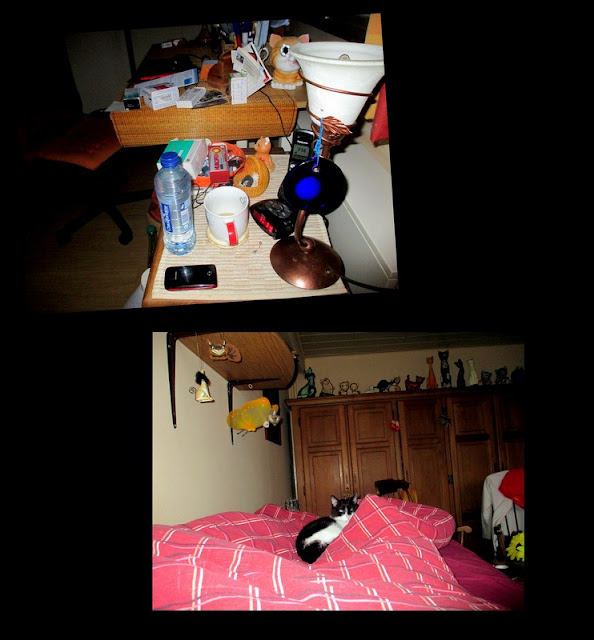 I spent the whole Saturday in bed, in company of Rosie, on Sunday I felt a little better and could slowly potter around, but mostly I stayed on the sofa and watched TV. Mr. G. too felt a lot better and could at least move a bit again. He even did some shopping ! 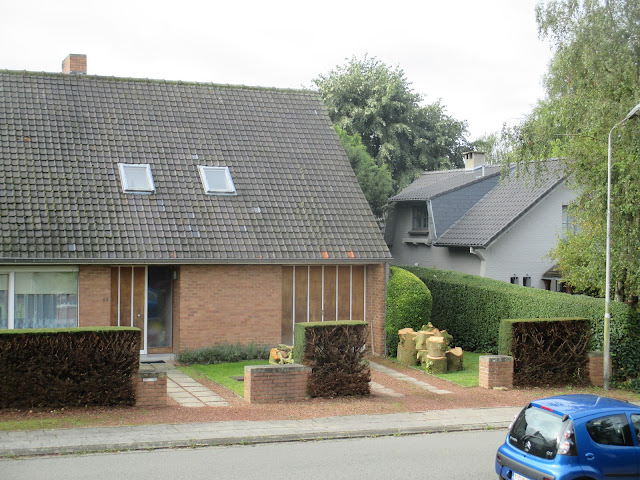 While we were both "out of work" my neighbor had her tree cut ! What a noise ! She really had chosen the "best" day for us.

The day ended with Rosie bringing a mouse home, and I could just avoid that she brought me her prey in my bed ! Mr. G chased her and the mouse outside !
Posted by Gattina at 07:58 7 comments: