Each time when I think that I will have a quiet day there is something happening. First I got an email that my parcel with the foot massage machine had been returned as there were nobody. I got angry because I was there the whole day and my neighbor too. I called them and told them that we had been both there and that the mailman was probably too lazy to climb out of his mini bus ! A postman doesn't exist anymore.

Then the ambulance service called me to ask if they have to send the invoice to me or to the residence ! I was amazed, I didn't even know that Rick had been transported to the hospital and neither did my son. I asked the manager for an explanation and she apologized that because of the new rules everything is going upside down,  and now nobody can get in or out! I tried to reach Rick several times by phone, but he doesn't answer and does not call either. We are of course very worried

The next day I stuffed my freezer so that I had to eat for a while. My neighbor did the same, she can't drive and so I take her with me when I go shopping.  I didn't do anything, I just feel like a robot. I still have no news from Rick and the nurses always tell me the same. Nothing has changed but it doesn't sound good.

I brought my car to be inspected for the winter and until it was ready I was walking around in the Carrefour Supermarket looking at Christmas things and gifts, but I just didn't want to buy anything.

Today we have again a day off ! This time they celebrate the end of the WW I !!! I mean it's nice for the working people, but who remembers the first World War except the books.

My son called me telling me that he had spoken with the retirement home manager and he is allowed to visit his father tomorrow. I was relieved that he would come, I have the feeling that Rick doesn't make it very long. So my son goes there and I the next day. We will see what happens. 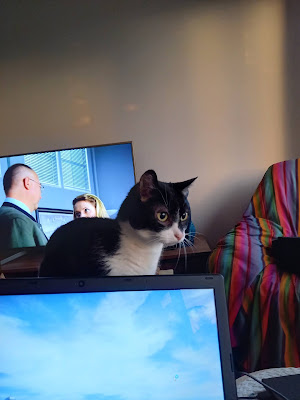 Fortunately I have Rosie with me who watches TV with me on my lap. She feels that there is something wrong with me.

more participants at Susanne at Living to tell the Story.
Posted by Gattina at 08:30 7 comments:

1. How did you name your blog and do you now wish you had thought about it maybe another five minutes before hitting publish? Would you change your blog title if it were not a huge pain in the derriere?

I don't know how I found Blogs in 2006, and they only existed in English. There were very few. I have always loved to write and I thought it would be a nice idea to write a sort of diary and I started with cat stories. As when you write with your hand you easily get cramps. That's why I named my Blog "Writer's Cramps", no and I don't want to change it because I still can get cramps !

The taxes at the year's end !

I think that the only word I use in all 4 languages I speak, (Geman, French, English, Italian),  is BOF I say that each time something happens and I don't care at all ! And I don't have to translate this word, in all languages people understand what I mean.

4. Is the glass half full or half empty? Elaborate.

I am born with a glass half full, but there are circumstances when my glass suddenly is half empty. It doesn't happen very often, it's rather seldom. But for the moment I am in a situation where it's hard to keep my glass half full. Rick on top of his Parkinson has cought the Covid. I just can't understand because he had two vaccins, one Johnson and one Pfizer. He is quite ill, it's like a big cold, caughing, sneezing and he can't speak. The retirement home is closed and I as he can't answer on the phone, he is too confused, I have to ask the nurses. My son has got him on the phone yesterday, but he couldn't understand what Rick said. I always get the same news, he sleeps a lot and doesn't eat ! If only I could talk to him then my glass could be half full again !

5. Were you here for that very first Hodgepodge post? If so, were your answers then similar to what they are today? Tell us what was happening in your life in November of 2010?

I don't remember when I joined Hodgepodge, certainly not the very first time. I discovered it on another Blogger's post and tried. Was a bit difficult because some expressions or quotes I had never heard and therefore I learned a lot.

The most important thing which happened to me in November 2910 was that I became a Grandma ! My grandson was born on the 17th in Amsterdam and we saw him the next day.. 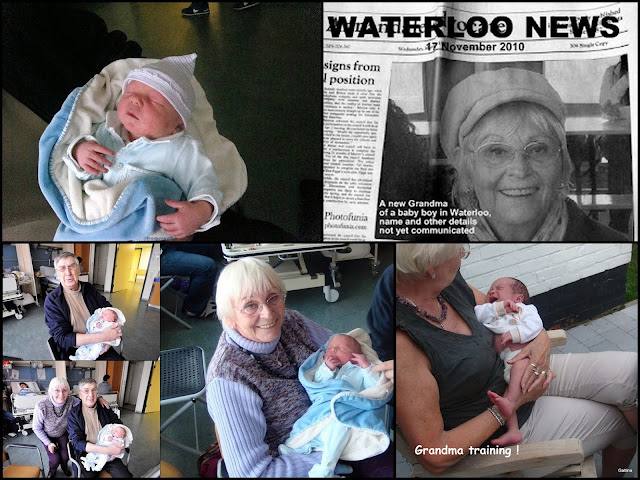 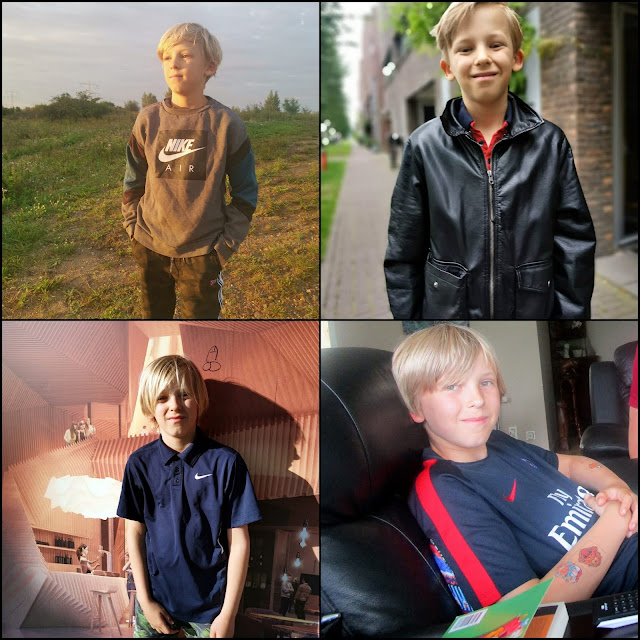 Which makes me think that now he is already 11 and it's not so easy anymore to choose a gift.  I asked him and he wanted something which needs the participation of several family members, of course something for his computer ! I don't mind, I think it's better that he buys something himself which he likes then a gift which I would have chosen and which is not up to date anymore.

The times when you found parcels and packages under the tree disappear or become less and less the older they get.

Something bothers me in my mind ever since I was informed that Rick has gotten the Covid. He was vaccinated with Johnson & Johnson for the first time and it didn't need a second vaccin as they said. Most of the people had gotten Pfizer. Now we all (over 60) should get the 3rd vaccin. In Rick's residence everybody got the 3rd Pfizer and he one in addition to the Johnson. And I wonder if it's not because of this Pfizer injection he had gotten shortly before he got the Covid. Unfortunately we are all guinea pigs as nobody knows exactly what not even the scientifics ! 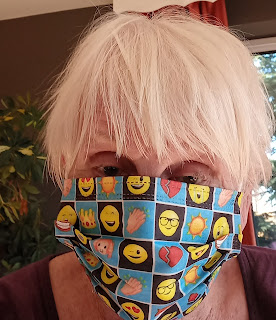 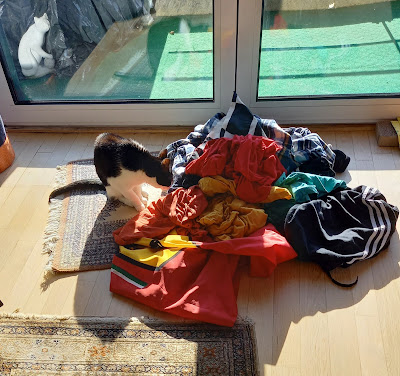 Rosie and I dealing for the first time with Covit laundry ! 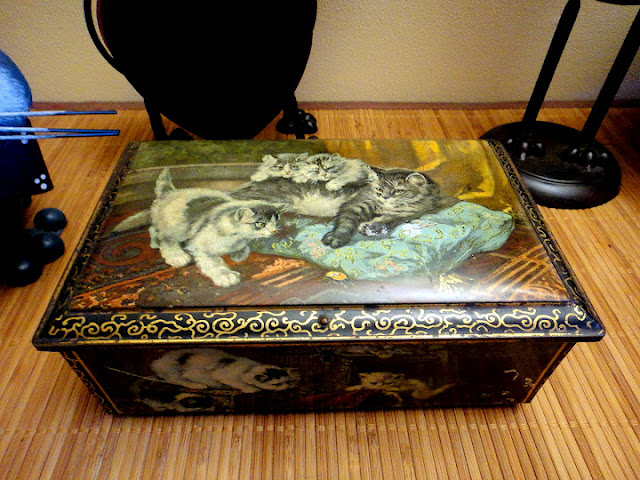 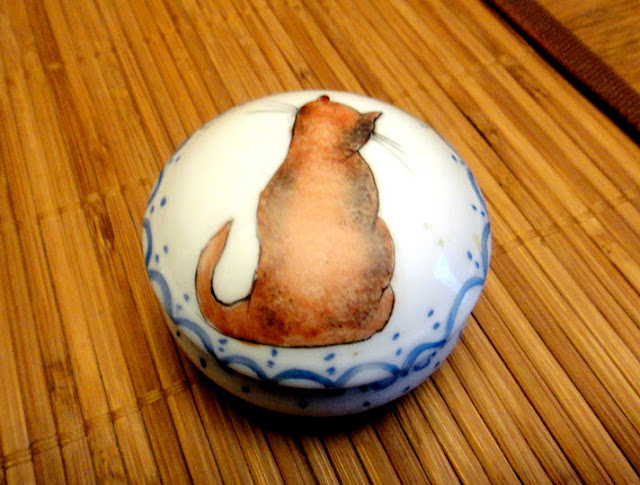 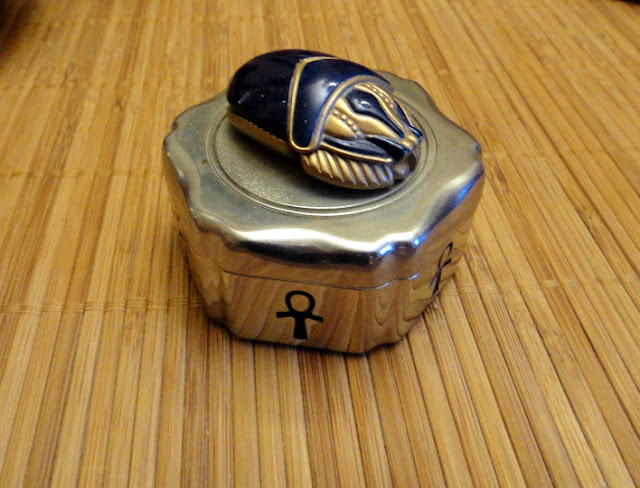 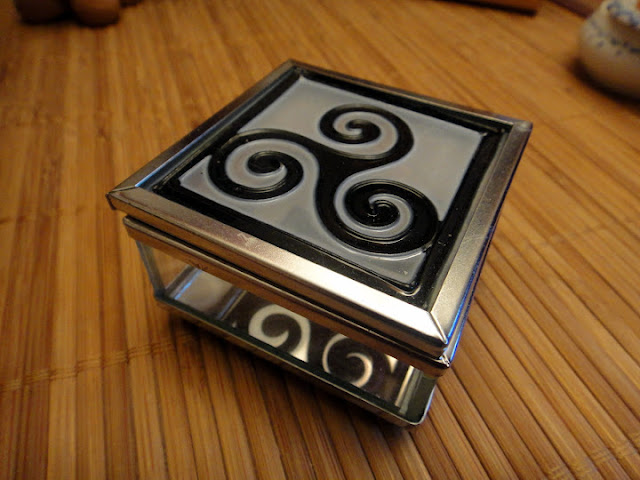 A few years ago I stayed10 days in Istambul to visit this ery interesting city. Amongst all things you absolutely have to see I also went to the Istambul Bazar which is one of the oldest and biggest covered markets in the world. The construction started in the 15th century. 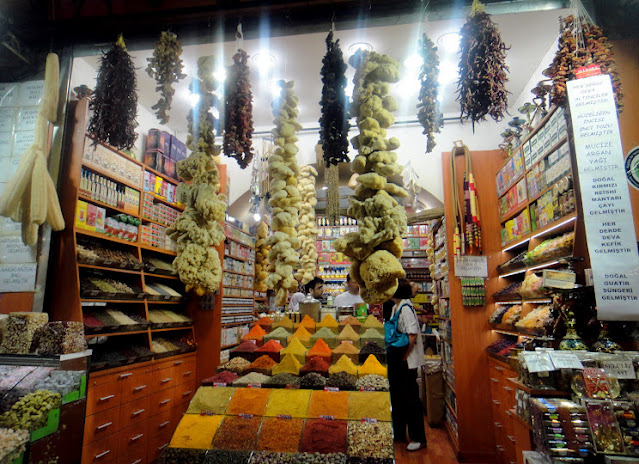 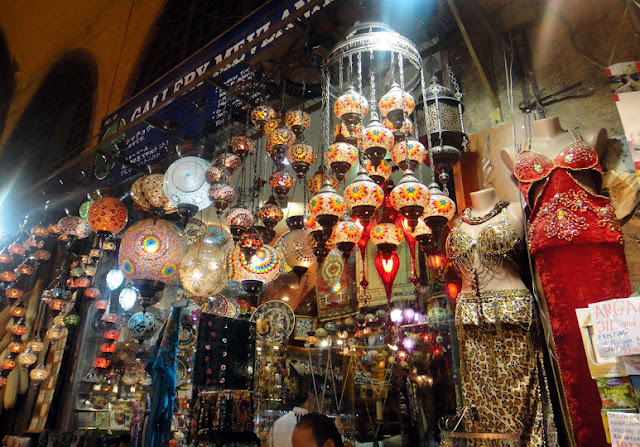 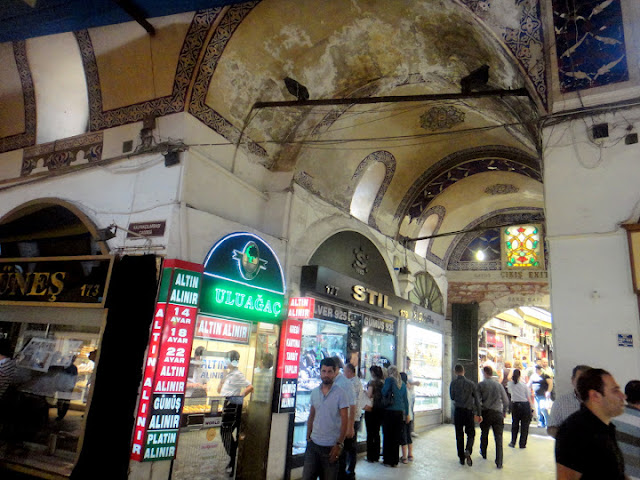 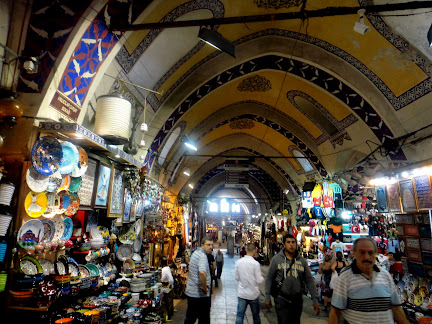 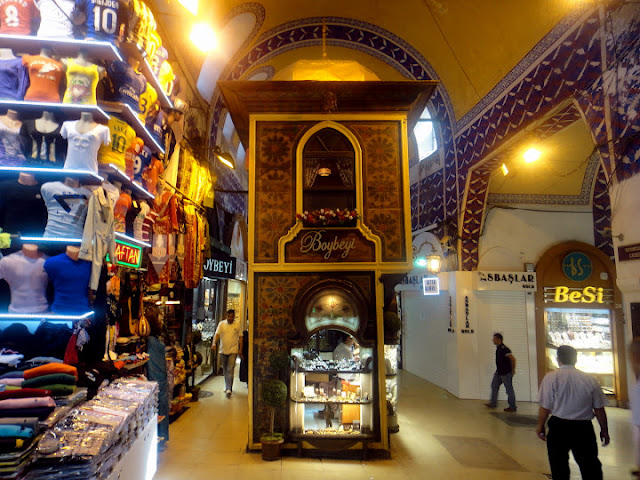 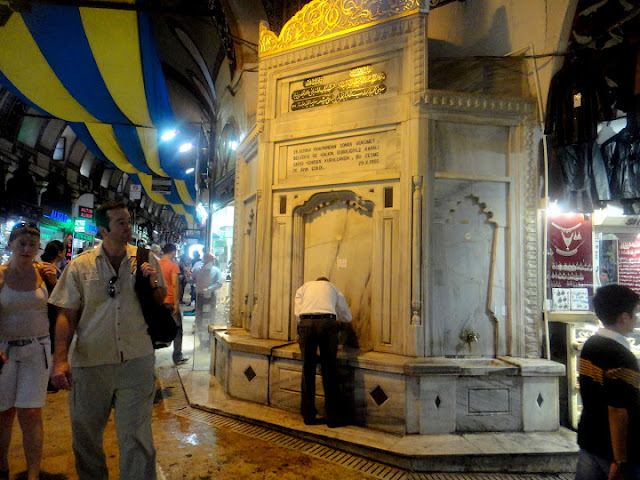 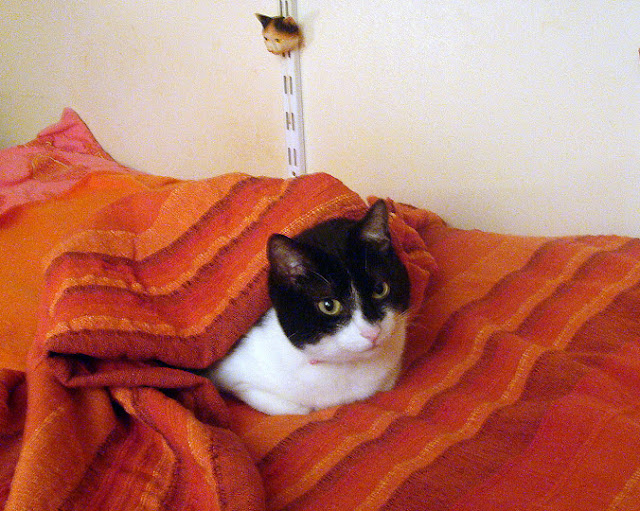 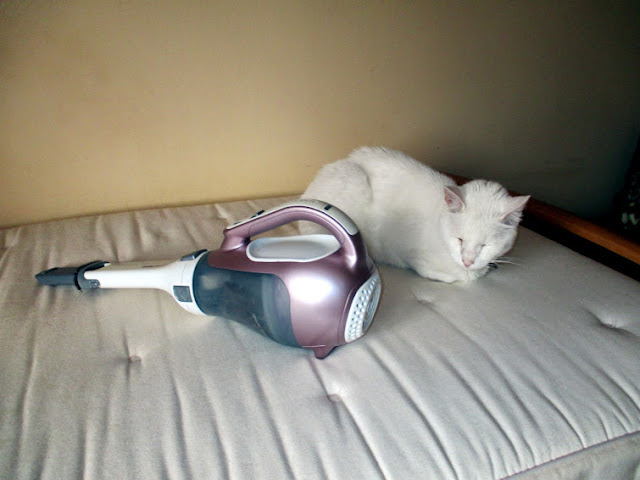 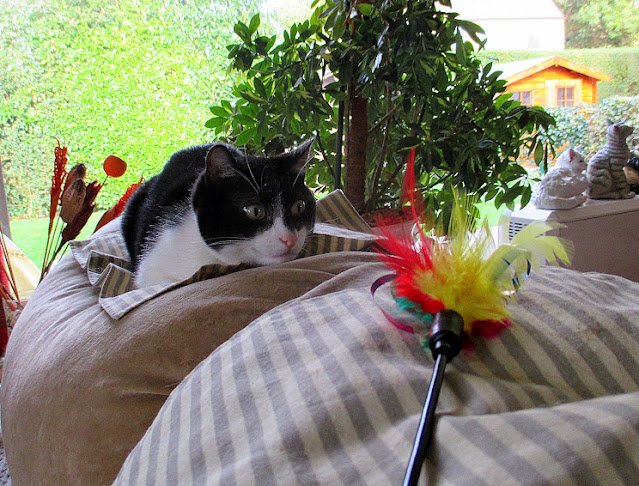 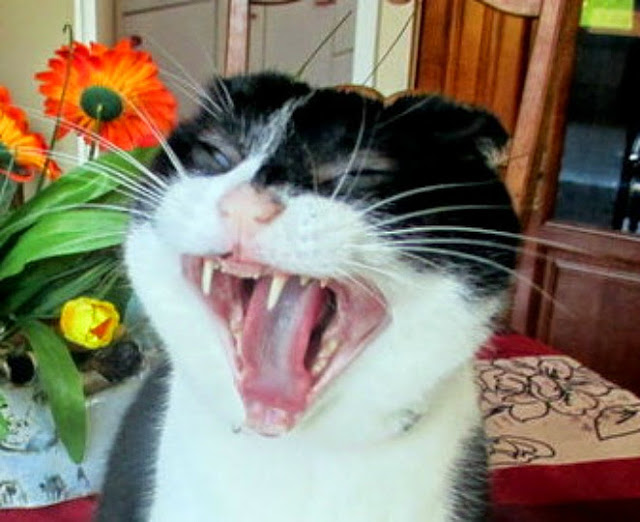 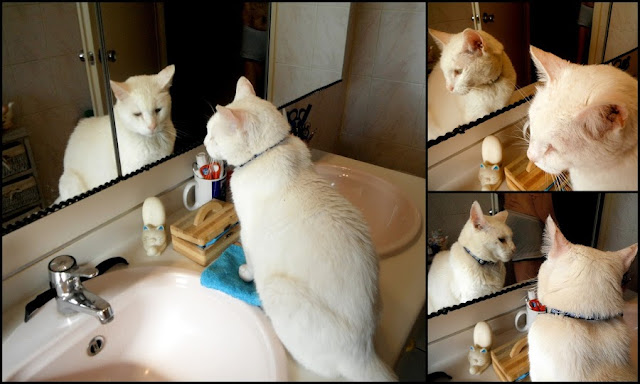 After this busy week, I decided to chill out during the weekend and regain forces and stay in bed a little longer.

Unfortunately, I didn't quite succeed because when I had just crawled out of bed, the doorbell rang. My neighbor wanted to know if nothing had happened to me because the curtains were still closed. I was really touched.

In difficult times you notice who is a real friend and the others only take advantage of the fact that I am good at entertainingt and organizing. As soon as I don't feel well and have worries, they stay away. I quickly put on a bathrobe and Aline and I had a nice cup of coffee.

Then I got an email that the residence is now completely closed and everyone has to stay in their room. The annoying thing is that I can't make a call because the phone still with a cord, is too far away from Rick's bed and he can't get up.

Isabel, who always takes care of me when I have troubles, found a solution for this. She bought an old mobile phone and a SIM card in a second hand shop and brought the whole thing home to me! 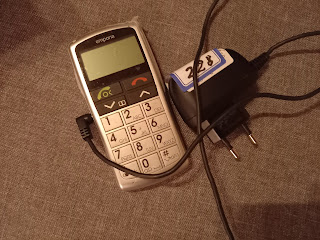 Hope he can handle it

On Monday I'm going to drop it off at the residence in the hope that he can answer and not press the wrong button. After that there was silence for a while until a man suddenly called me and asked where he should send his  bill, in the residence or to my home. It was for an ambulance transport. I hadn't known anything about it, he must have fallen out of bed again. Of course, I was terribly upset that the residence hadn't informed me. On the other hand, they have now so much to do and are in a real mess to to take the right measures because of the Covid outbreak.

The rest of the time I watched TV looked out of the window when the sun was shining and surfed a bit the net.

Sonday was not better, I just pottered around a bit and washed my hair. Then it was already time for lunch. During and after lunch I watched 2 movies only interrupted by my son's phone call to tell me that nothing has changed. Tomorrow I will go there myself and talk to the Manager, the nurses or aids you get on the phone during weekend anyway always say the same because they just have no time and it's just to calm down the relatives.

In the afternoon Adeline came to watch cat videos with me, because she wanted to know cats a bit better, she will probably get one same age as Rosie (14). She was so surprised what cats can do and how intelligent they are.

The weekend went by and tomorrow starts another week with some complaints to do, I still haven't got a package I had ordered and which should be delivered last week and some other paperwork for the health insurance !