1. Now it's already more then a week that I am back from my holidays in the UK and nothing special has happened ever since.

2. My friend Chantal came for a visit, I hadn't seen her for a long time because when she came back from her holidays in France, I just went off to Eastbourne. So we had a lot to chat and Mr. G. after a few minutes of polite presence, escaped into his office as anyway he couldn't place a word.

3. My friend since 62 year, Gisela was in her summer house in Holland and had invited me for two days. Unfortunately the cold I had caught in the London aircondition freezing buses got worse and I felt so bad that I had to call her and cancel our get together. Unfortunately she finishes her holidays in Holland in two days, so we probably will see each other in Germany where she lives near Cologne.

4. I talked with Dominique over the fence and then I went to her because she had the wonderful idea, 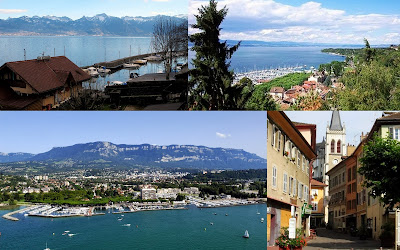 to invite me and Nicole to Thonon les Bains, in France just at the lake of Geneva at the border of Switzerland. It's a very beautiful area and she owns a big holiday villa there with swimmingpool, which she keeps for her children and their partners and friends. So we made up the dates, the route, and we booked a hotel for one night, otherwise the way is too long to go there in one shot, at least for us, we don't want to arrive there half dead. We will go beginning September, it's not too late to have warm weather in this area.

5. The rest of the week I tried to get rid of my cold with hot tea and medication, read, watched movies, blogged and watched TV.

When I had lunch with one of my friends we just had taken the card to look at the menu, when her mobile rang. She fumbled in her handbag and got more and more angry because her bag was so big ! She carries everything in there from tissues to mobile, which now had stopped ringing.

She pushed a deep sigh and told me that she had never wanted a mobile because at least when she is out of the house she doesn't want to be persecuted by her family.

She is the director, manager, administrator, nurse and cleaning woman of a big family. Now her daughter had offered her a new mobile and this gift poisoned her life. The one she had before was a mobile to call and receive phone calls and send sms, and that was it. It was a mobile phone you could carry around everywhere even to the restroom.

The one she has got now does almost everything and has even a telephone function. But it is hard to find the right button. At least that what she told me.

She pushed again a loud sigh pulled out of her warehouse bag a manual and her glasses put them on her nose and started to read what her mobile could do.

Sharing photos, video clips and captured memories with family and friends on a large compatible TV screen. For that she said, we have a digital camera and a DVD recorder. Which unfortunately she doesn't know how to use, because husband and children take care of that.

Internet access for browsing, uploading content, and sending and receiving emails. What should I do with that ? she asked me, I never even touched a computer, only for dusting !

Browse the Web, watch TV, listen to stereo FM radio  and in addition, she could store up to 1500 songs !
I whistled (inside only) impressed. I imagined watching a football (soccer) game on my mobile and would probably see a bunch of flees running behind a point.

She gave me a desperate look, and asked me :

What means browse the web, an email and what for a content could she upload and where ? Not to speak of 1500 songs she would never have time to listen to all and why 1500 ? She wouldn't even listen to one !
I thought of my other friends when I had tried to explain something so simple as my blog and they still don't understand ! It would probably take a year or even more or maybe for ever to explain  to her how this mobile works and I suggested to ask her daughter who had offered her this generous gift.

The only thing,  she complained, I would like to do with my mobile is to call my friends and open my garage door so I don't need to get out of the car ! That would be so nice especially when it rains. But this thing cannot even do that ! 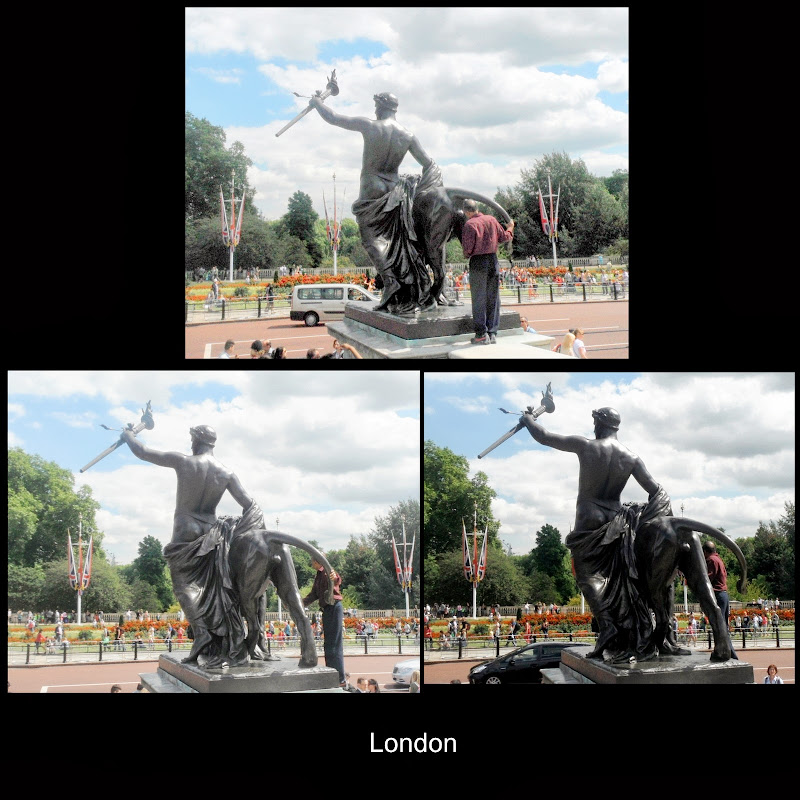 The Eastbourne Redoubt, is one of the south coast's most historic landmarks. This Napoleonic fortress covers over 200 years of history, and is named one of the top ten military museums in the UK.

Built to defend the south coast from Napoleon's forces it still stands as a unique monument to that time and now houses the largest military collection of its kind in the south of England.

Helps you to remember what you have done on the weekend of August 10 . If you participate please put the little logo on the top of your post and leave your link.


This weekend was rather boring compared to the one I had last week !  I finally did the laundry, I always do it on weekends because we have a special tariff for electricity. It's far cheaper. Ilona had the good idea to go for a swim, which we did, we arrived shortly before noon when everybody leaves for lunch and almost had the whole swimming pool for ourselves ! After that we were hungry and had a Pita at our little Greek Snack. The sun was shining and we could sit outside in the garden.

The "after lunch" coffee we had at Ilona's mother who is always happy to have some company.

Then I gathered all my courage and pottered around in our front yard. Weeds like the challenge to grow through the gravel and the bark apparently I hadn't put enough salt ! When I finally finished I had worked for two hours and still can't understand people's love for working in a yard ! For me it's rather a torture ! 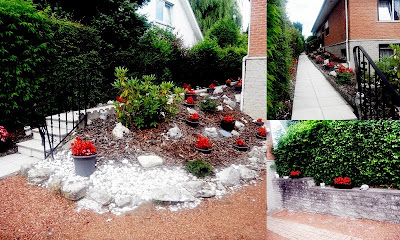 At least I am satisfied with the result.

Sunday morning I took the bus and went to Brussels. Since August 1, retired people have to pay 36 € (48  $) for a yearly bus card. Before it was free. The State needs money and instead of taxing people who go to Brussels in their huge 4x4 monsters, which take a lot of space and are completely inadequate for our small streets, the missing money is always taken there where people have just enough to live decently.

As I didn't have this special card I had to pay the full price of a ticket ! Fortunately buying fruits and some underwear and a cardigan on the market, saved me a lot of money. There were lots of tourists on the market and it was quiet crowded.

The afternoon I spent quietly at home watched a little TV and did my blogwork.
Posted by Gattina at 06:00 6 comments:

Labels: swimming, What did you do this weekend ? garden work
Newer Posts Older Posts Home
Subscribe to: Posts (Atom)