THE HILL OF CROSSES

Leaving Riga, on our way to Vilnius in Lithuania, we stopped at a place I had never heard of, "The Hill of Crosses". I had no idea who had created it and why and was not very excited to see crosses on a hill, you see already enough in catholic churches. But what I saw then, exceeded all my expectations !

At first it started as usual when you visit a tourist place .... with souvenir shops ! Never in my life I had seen so many crosses in all shapes and sizes, as magnets, postcards, jewelry, standing up or hanging there was something for everybody ! 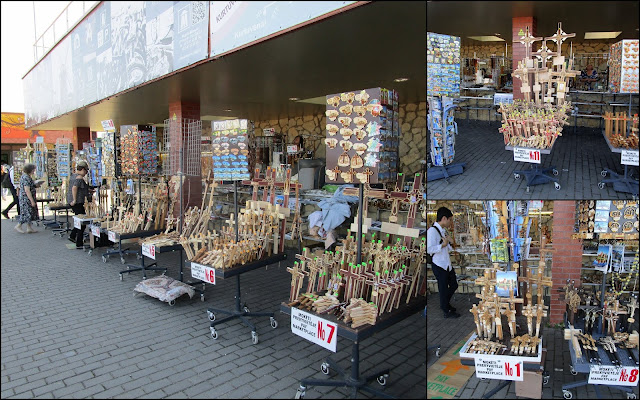 Business is business also in religions

Following the letter of the Electricity company, that there would be no electricity on Monday morning, Mr. G. got up in the early hours to open the electric shutters, make coffee put it in a thermos, and then quickly went "working" on his computer while there was still electricity.

I jumped in my clothes and went to the Medical Center for blood analysis. The nurse filled in 6 small glass tubes, it was as if I had had the visit of Dracula. 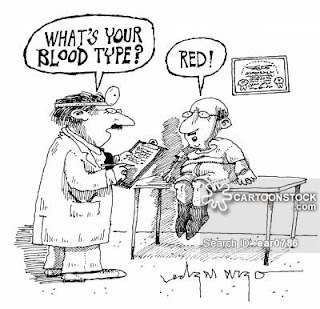 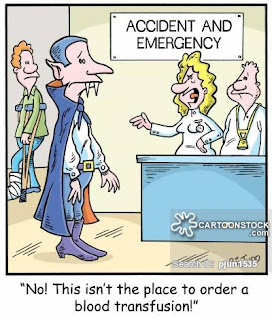 As I they also needed an uric test, but nobody had told me, I had to go to Nicole who lives nearby to drink two coffees and wait a bit. She wasn't dressed yet and we chatted and played with little cat Isis and then I returned to the nurse and gave her the plastic beaker and finally drove home. I was expecting to be without electricity, but we had taken all these precautions for nothing, because the electricity was working the whole day ! I was a bit angry because it had turned my whole program upside down.

Each time when we say that it will be the last time that we can play our scrabble on the terrace, it was even warmer then the rest of the week we had again 24° (75 F). If it continues like that we can do like the Australians and make a barbecue at the beach on Christmas ! This time it was Nicole who lost and not me !!

Ilona had been in Spain for two weeks and was back, so I paid her a little visit and admired her new leather sofa and armchair. We both needed a change after 30 years sitting on the same thing !
The scouts who wanted to take my old sofas suddenly didn't want them anymore, which made me really angry. But I put a photo on Facebook for different organizations and not even 10 min after I had published them they were already gone. Friday they will be picked up. Of the 5 others who called later I kept the number just in case ! 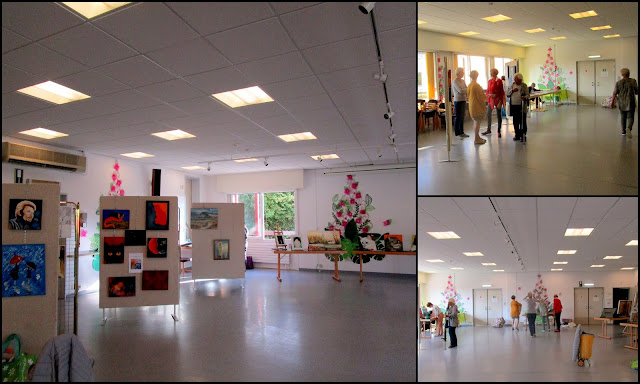 We worked the whole morning on Thursday to prepare our Exposition for this weekend. Fortunately a young man helped us with the panels because they are quite heavy and then we had to put on chains and hooks to hang up the pictures ! Finally at noon we finished !

I got a phone call from the lady who wanted our sofas, she asked if she could pick up them one day earlier ! I happily agreed ! It couldn't go quick enough to get rid of these old things ! 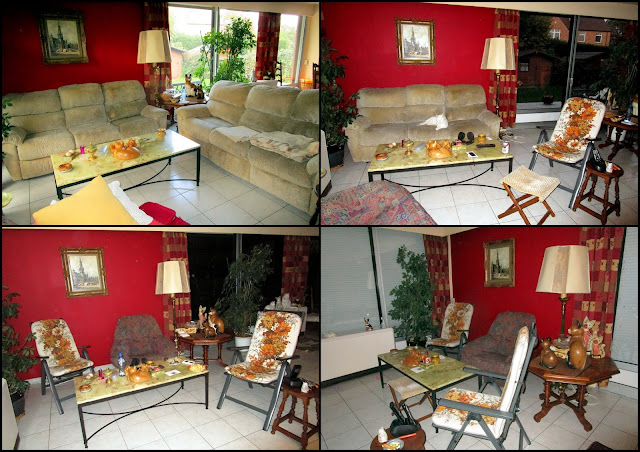 I took the last picture as a memory, then when one Sofa was gone Arthur squatted the second but had to leave and now we have a nice pic nic place in our living room which suddenly seems very huge !

Even Mr. G. was nearly happy, he doesn't like changes, just like cat Arthur and Rosie but they are not happy at all ! They seem a little lost without the sofa and only garden furniture. 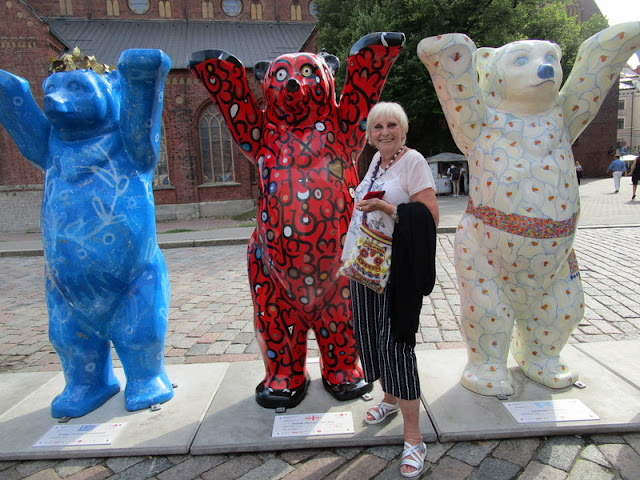 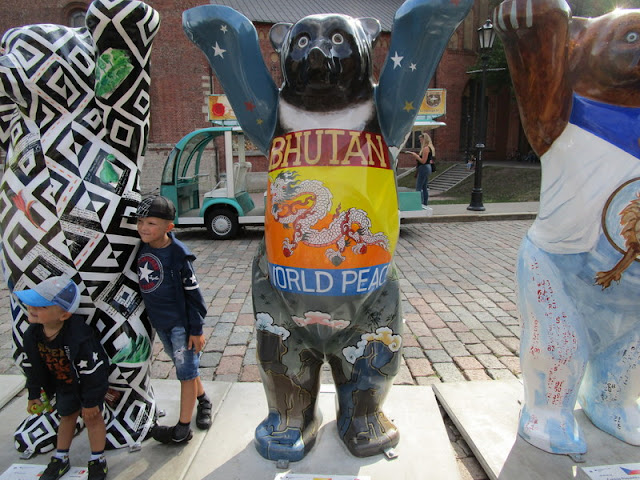 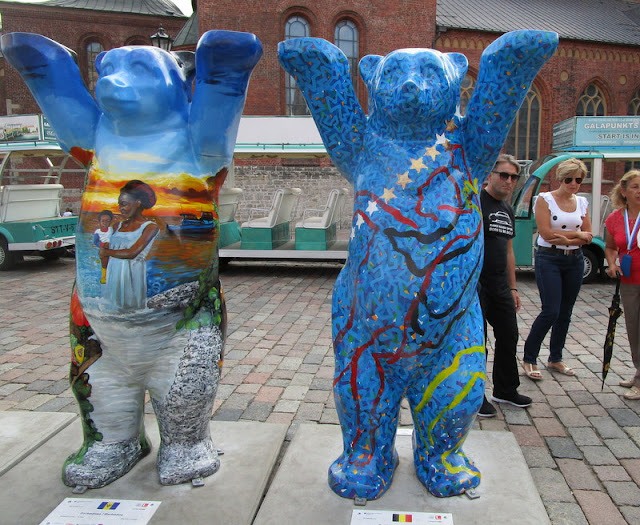 Dome Square in Old Rīga in August. A total of 149 bears, symbolizing UN countries demonstrating for peace, was a gift from Germany on Latvia's centenary.The blue one represented Belgium.

In contrast to its smaller neighbours, Riga goes all out with a buzzing atmosphere and impressive Art-Nouveau architecture. Together with Grace our tour leader we went on a walking tour through the city. 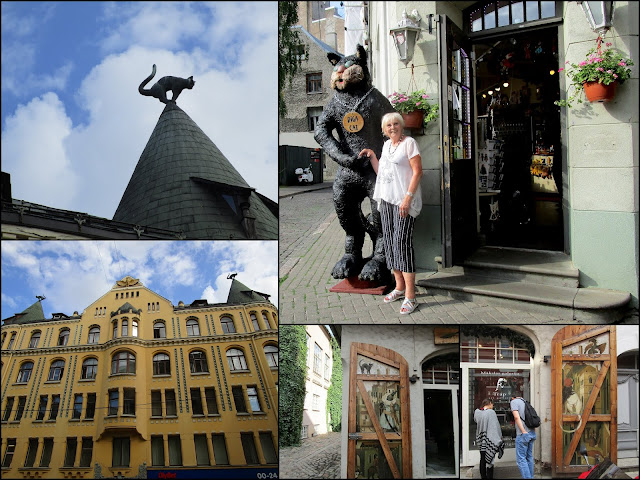 After St. Petersburg we were again checked at the Russian border and entered Estonia. Back to the Euro, since Stockholm,  fortunately I hadn't changed any roubles because it was rather difficult to change them back to Euros ! We then drove to Tallinn the capital. The landscape was a bit boring only firs and rather flat. But the city was wonderful !

Tallin has become one of Europe’s newest capitals, since in 1992 the Communism ended. There is a rich mix of architecture and culture in this small geographic area. Its Old Town was almost untouched by war and remains perfectly preserved. And outside the city walls there are districts of brightly painted wooden houses, parks, redeveloped docks, beaches and forests. 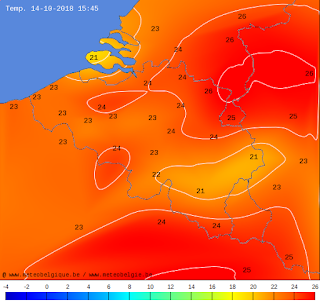 This is the weather map of Belgium ! In October 24°C (75F) in some places even more ! Although everybody says that it is unusual which is true I don't complain ! 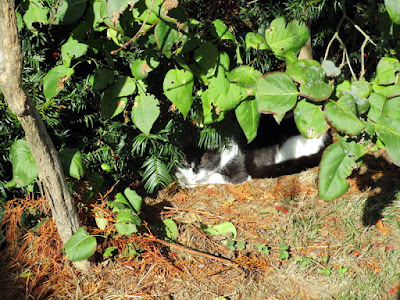 Our Electricity company had informed us that on Monday we will be in the dark, which means no electricity at all in the morning from 8 am til 1 pm ! When you get an information like this you realize how depended we are on electricity. We have to open all the shutters before 8 am, not open the freezer and coffee ??  Do I have to heat water over a candle ? I will make the coffe before 8 and put it in a thermos ! But the worst was organize my weekend. All computer work has to be done before Monday.

Therefore I started on Saturday to prepare my post for Our World Tallinn (Estonia) and a few other posts for my photo blog. In the afternoon I had to buy some strange things for my new painting technique "pouring" i.e. a straw, (there were only a package of 200 available !) a scraper, cooking paper, plastic cups and a little pot which doesn't let in air. I found a little box for kids with "Cinderella" on it, which will do the job and keep my colors fresh.

On my way back I stopped at a friend and we talked about our forthcoming exhibition, because she is in charge of the shopping of drinks and snacks for our visitors. 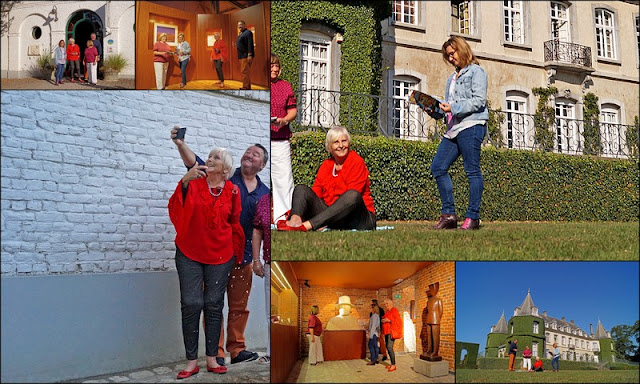 The Belgian Tourist Federation for Brabant/Wallon has sent me the pictures on which I pose for the next year's brochure. 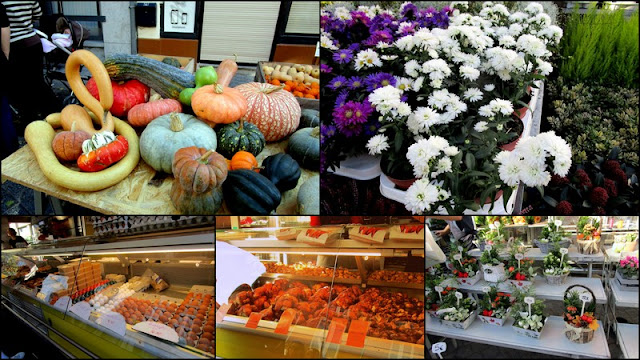 Sunday I went for a little walk to the market it was such a nice weather and as it was voting day in Belgium for new mayors there was a lot of traffic on the roads, worse than during the week and the market was packed too. I didn't find anything to buy and returned home.

The afternoon I continued my computer work but also spent some time in the basement to choose the paintings I need for the exhibition. My neighbor came over and asked me if I could take care of her two cats, over next weekend, of course I do that with pleasure. It's not a big work I have to go there once in the morning and once in the evening, the cats have a catflap and can go in and out just like they want.
Posted by Gattina at 03:34 8 comments: