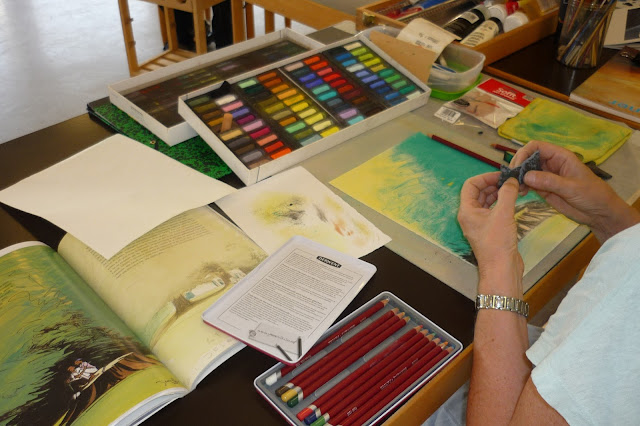 In our painting class 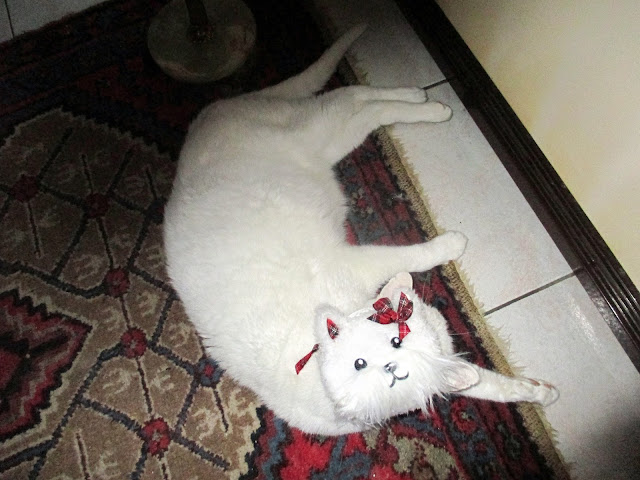 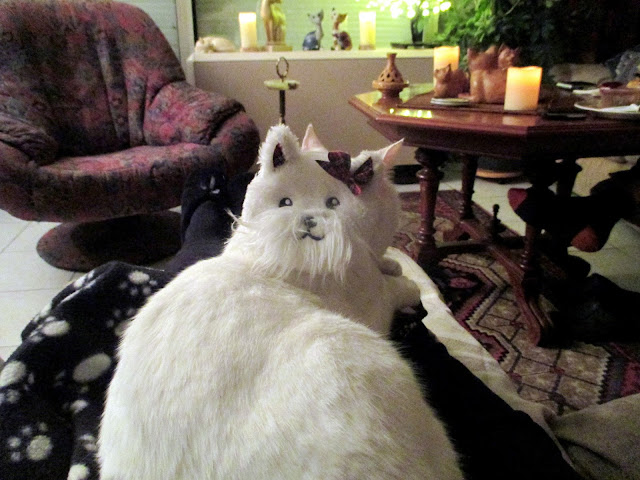 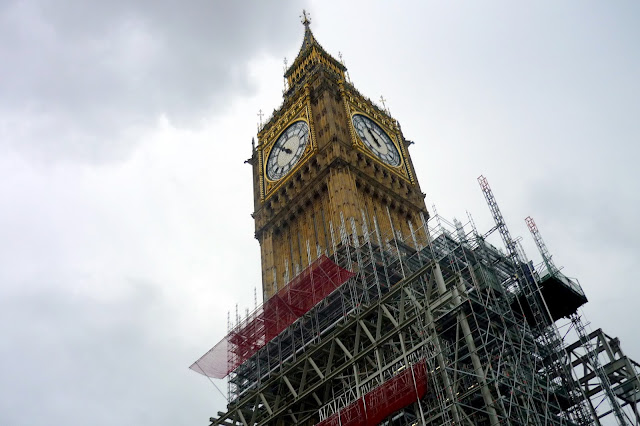 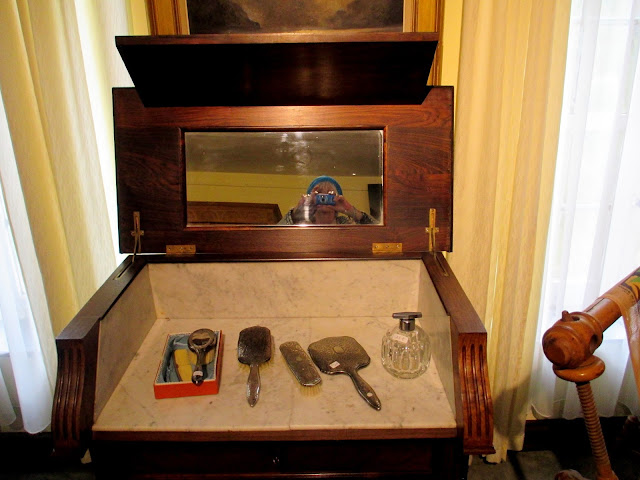 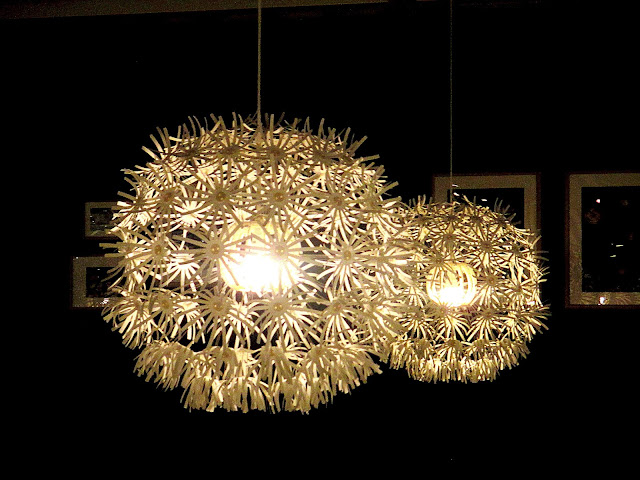 Linking to Weekend Reflections
Posted by Gattina at 07:00 3 comments: 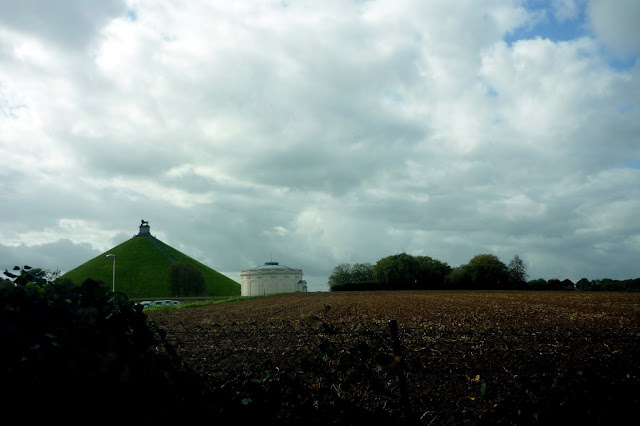 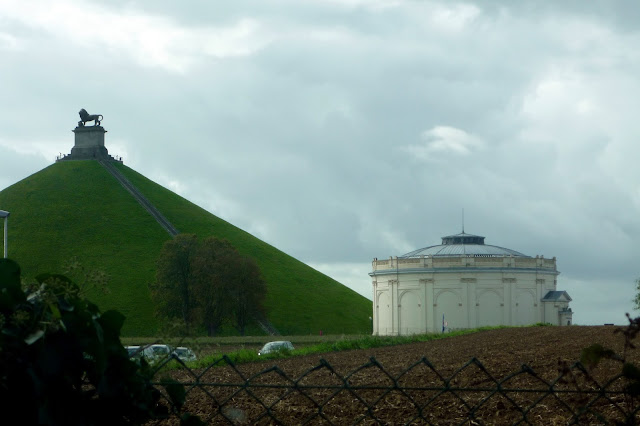 This time our Scrabble group met at Nicole's, the sun was shining and we could play on her terrace. As usual I was the second last or the first last as you wish.

Only for the coffee break we went inside because we had not enough space on our scrabble table. 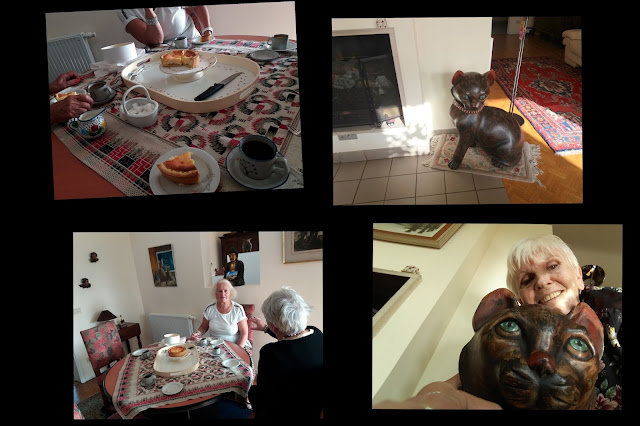 Nicole has a very beautiful cat it's in plain wood and so heavy that you need at least 2 strong man to move it. I thought I try out a selfie with it, just to show how huge its head is and of course the fact that I don't have to wear glasses anymore (but this is  only between us)

We scrabbled until 6 and then went home, only two of us have still a husband waiting busy elsewhere.

On Sunday I discovered these ugly mushrooms in our garden ! There were lots and just yukky ! 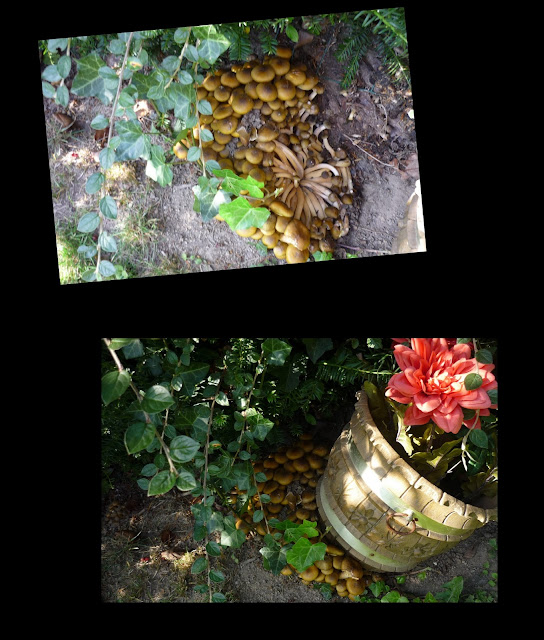 They were so strong that they had pushed my flower pot away ! Imagine ! Now I have nightmares that my house will be moved by alien mushrooms to another place or just turned over and my bed will suddenly be at the ceiling. Apparently I am not the only one suffering from this invasion my friends and neighbors complain too. Maybe the end of the world will be caused by mushrooms ! Who knows ! 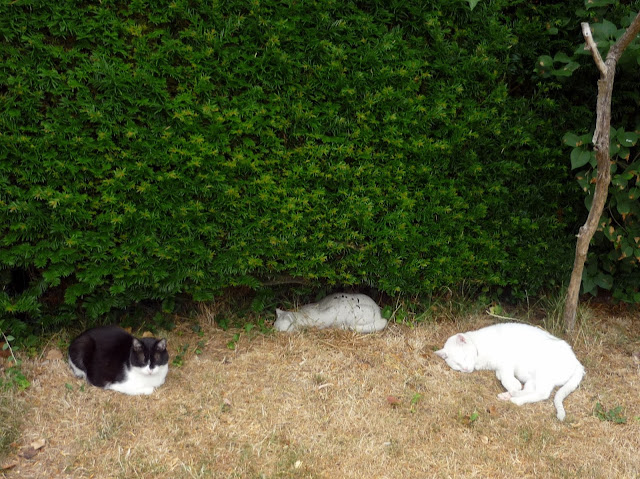 The cats weren't disturbed by these strange things and enjoyed the last warm days in our garden, just as I  did too. I wanted to buy a winter coat, but that's difficult when outside it's summer ! 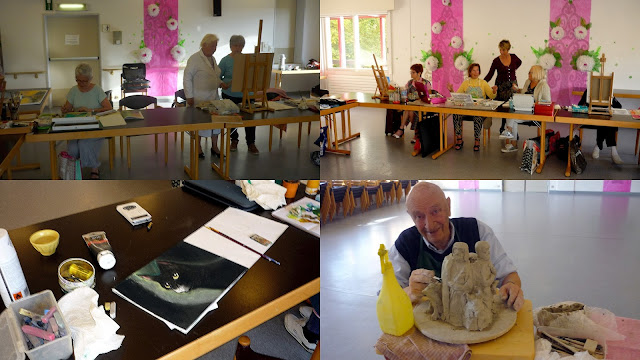 Big event ! We have a man in our group ! That's a long time it didn't happen. They all became too old or passed away. This one seems in good shape and takes the fact that he is the only man with humour ! I started a black cat ! Should bring luck !

My car is repaired and as Toyota is near to where Nicole lives I spent the afternoon with her waiting for the call that the car is finished, which of course never came and I picked it up at 5 of course it was ready since hours. They had forgotten ! Selling me a car they would have called at least 10 times ! Business is Business ! 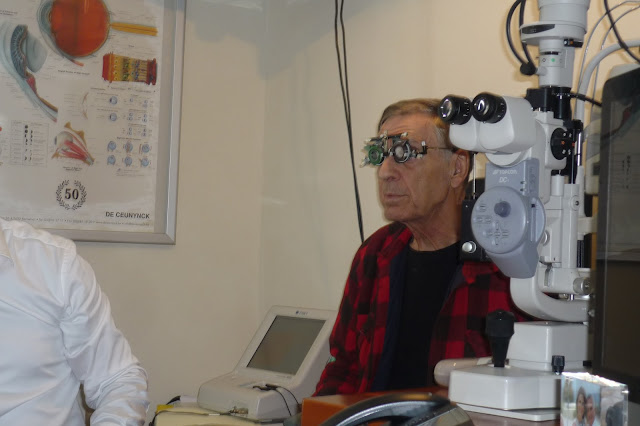 I am offended ! Rosie says that I am becoming obese ! We are the opposite black and white ! This should be an ornament ! It's only a paper band ! I am not stupid !

VISITING THE ROYAL PALACE IN BRUSSELS

Once a year since 1965 the Palace of Brussels is open to the public after the National Holiday of 21 July until end September. There is no entrance fee, it's for everybody. I went there with my friend from France. The last time I had been there must have been in 1966 and I could hardly remember a thing. This year you were even allowed to take pictures without flash.

This week we had a Friday 13. Nothing special happened, I didn't hurt myself and the house in the evening was still standing. But the next day we caught up.

The morning was pleasant, we went to the eye doctor, I for a check up of my surgery and also to know if I need new glasses, and Mr. G to know if he should also get his cataracte removed, but he had not enough so he didn't need any surgery. And I apparently am a miracle, because I don't need any glasses, not for seeing far, not for seeing near, for the first time in 30 years I am without glasses and feel "naked". I have to get used to it. Now in my old age I don't need glasses I would have preferred when I was a young woman. 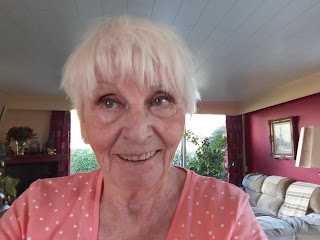 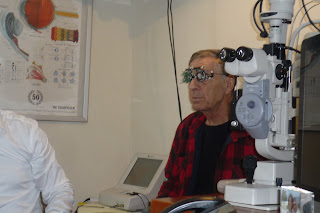 In the afternoon JC our friend who should cut the hedge, put his car just in front of my garage door. I had to go to Bunny to explain her Facebook, opened the garage door with the remote control sitting in the car while looking for her address in the GPS. Although I had been there already 4 times I still didn't find the way. I heard a big booom, I hadn't seen the car and promptly had bumped in. The men came running fearing the worst, but fortunately only the glass of my rear light was broken and JC had nothing.

While we were discussing and inspecting the nurse came for Mr. G. and really dropped into an Italian household, (JC is Italian too) where everybody shouted and gesticulated to just say nothing. Her arrival was a good occasion for me to escape the Italian comedy. Mr. G. amongst other strange things this time has caught an infection at his elbow with a very elegant name, it suppurates like a river and the nurse has to disinfect it everyday and put a new bandage around. I am not allowed to do that, it needs a professional ! Of course. Business is business.

Arriving at my friend at least I managed to do a Facebook page for her and she was happy. We chatted a bit about the past when we were young girls and went out each weekend and quickly it was time to go home. 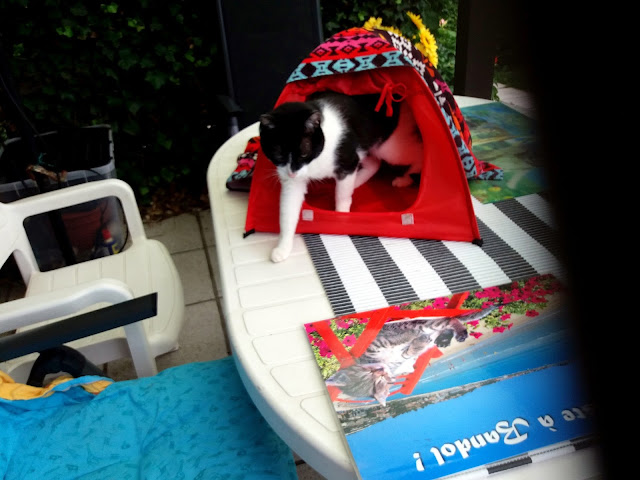 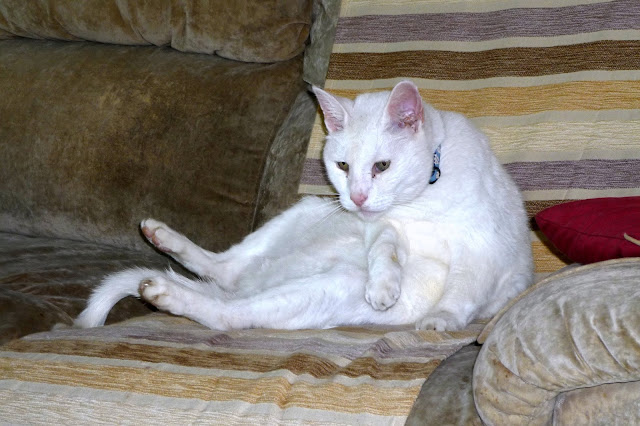 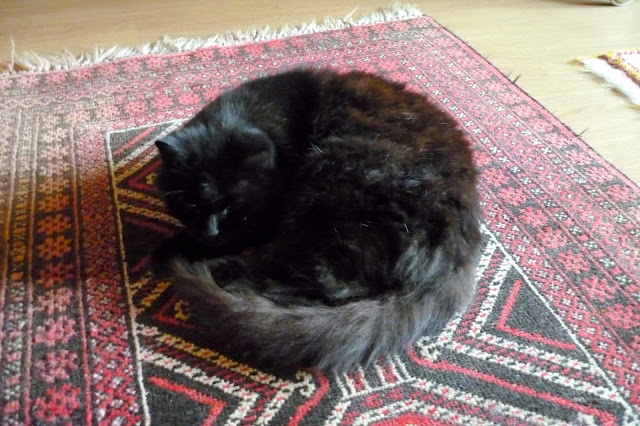 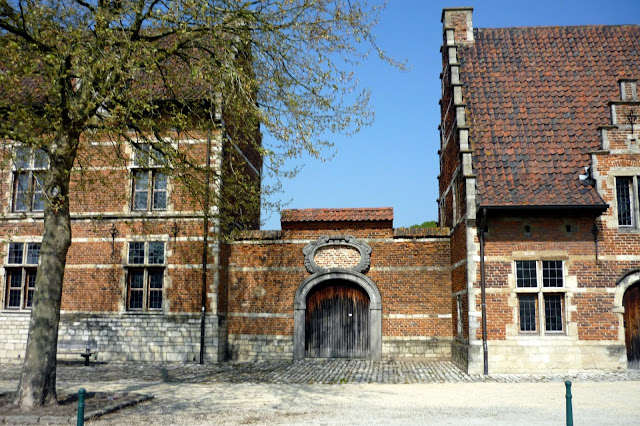 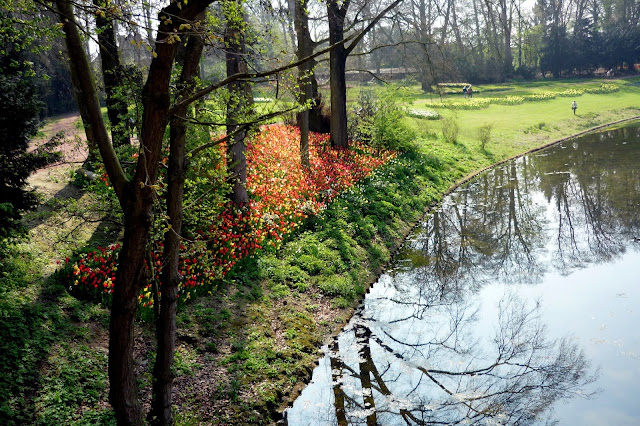