Finally I see the end of the tunnel ! The house is empty except the things we don't take along. Our son was here the whole week and moved over our personal belongings which were to heavy for us and which the movers had forgotten ! 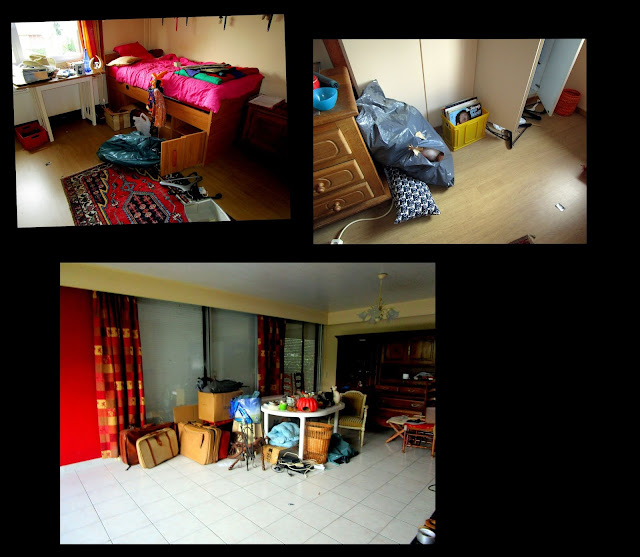 Now it looks like a battle field, with things I had long forgotten, imagine 45 years in the same house ... old suitcases with old stuff was in the attic and my son even found my doll house which I had last seen when I was maybe 14 years old !

For our mini cellar he bought a shelve and now we have far more space. 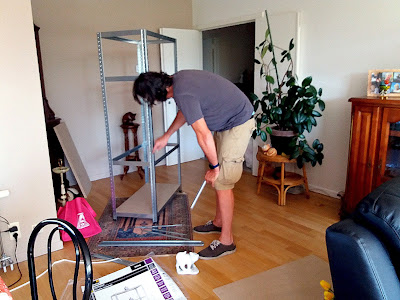 I had never thought that we could put so many things in there which we don't need immediately.

All  difficult things he fixed for us, like the umbrella I had bought for our very sunny terrace ! 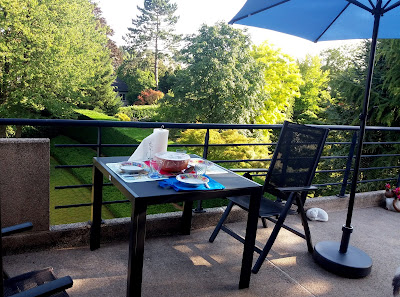 And for the first time we could have supper on the terrace !

The only thing I still have to do is to make an appointment with the company which will clean out the whole house. The guy came already to give us a fixed price and I was very happy with it ! So hopefully mid August the nightmare will be over !!

more participants at Susanne at Living to tell the Story.
Posted by Gattina at 17:08 14 comments: 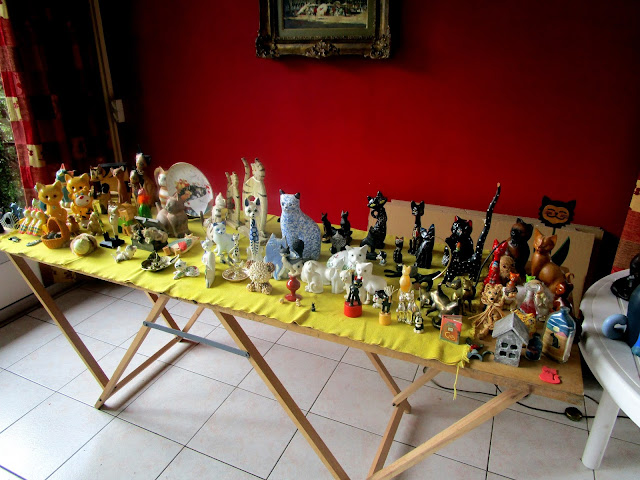 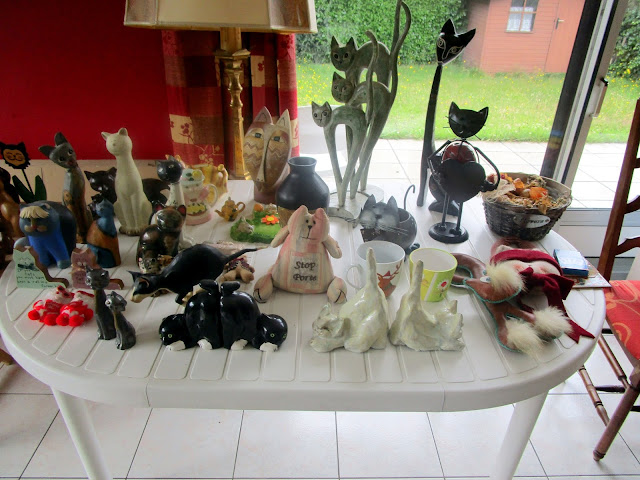 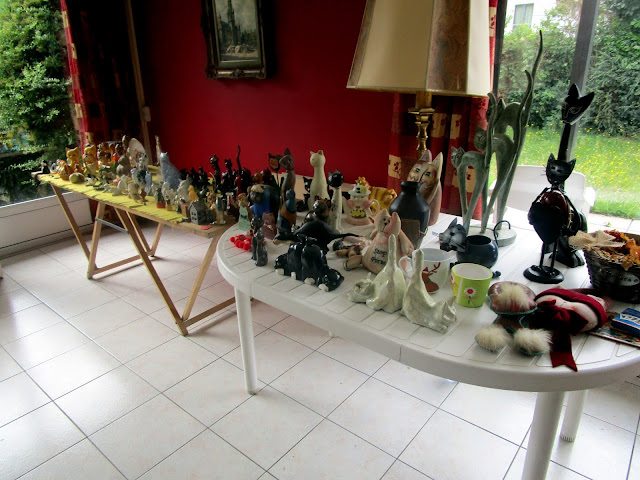 Before emptying the house completely I tried to sell my cat collection ! Unfortunately it was not the right moment. People still were very reluctant to go to "Garage Sales" thanks to the Coronavirus. In normal times people love Garage Sales and they always have quite a lot of success. Besides two neighbors who came for a chat, nobody showed up not even a cat.

A bit disappointed we returned home and two days later packed the whole cat bunch in bags and they are now in our new home's basement waiting for better times to find a new home because I have already enough !

For my poor friends it will be difficult now to find a gift for me because until now, they just bought cats in all sizes and materials !