Lots of Bloggers don't like spams. I find them rather amusing. It's so unbelievable what you are offered that it becomes ridiculous and it makes me laugh. I can't understand why people get angry about that.

Lately I got a lot of nice offers especially for the unspeakable parts of a male body. A certain Adelia Shenna offered me natural Penis Enlargement pills, although I don't dispose of this outhanging accessory. Miss Eshia Alreda guaranteed 100 % satisfaction (for whom ?) with another penis enlargment equipment. Fortunately I also got an offer for a knee replacement probably before I should accept the offer of Speeddate Singles where I can meet someone fast. Despite the fact that I don't want to meet anybody fast or slow.

I can also loose 15 kg (36 lbs) in 90 days, and then ran around like a dried up mummy. I also got the perfect remedy against snoring and also lots of coupons for everything free. Considering all the money I won in lotteries and with heritages, I can really say that I am a lucky girl. 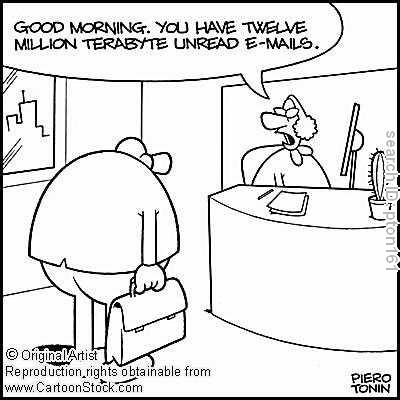 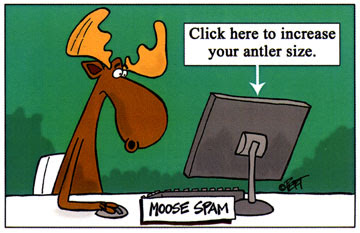 1. After acqua gym during our tea time chat, we had a discussion about divorces, and that in our parents generation there was no or very little divorces. Of course the women stayed home and had no own income and depended on their husbands. Difficult to leave then. All in our group of course had all been working women and we had our own income and didn't depend on our husbands. We came to the conclusion, married or not married you need money to be free !

2. As the sun continued to shine now over a week, the grass had grown and for the first time this year I mowed the lawn.

It looks so good and smells so fresh ! Fortunately we only have a little handkerchief sized lawn, so it's easy and quickly done.

3. My friend Ilona had her birthday and invited me, and we were able to take our first sunbath this year on her terrace ! We sat there just with little tops and turned our faces towards the sun. What a nice feeling !

4. I bought some painting to repaint our mailbox which was once green and now really needs to be refreshed, fortunately ever since it started to rain, so I don't have to do it right now !

Instead I did a collage of all our animals we had since we are married, I put it in a frame and it hangs now in my room.

5. In my painting group we forgot to paint because one of my classmates had her birthday (there are lots of birthdays right now) and we were too busy with eating birthday cakes. Our teacher had a bronchitis, poor thing, so we did our own teaching.
Posted by Gattina at 06:00 5 comments:

Mulling over something to write with Y, I realized that I didn't think (I mean with my brain) "why", but Ypsilon because in the German alphabet the Y is pronounced Ypsilon and apparently in this moment I was thinking in German. Suddenly I found out that in other languages it's also pronounced differently. The English "why" Y becomes "I greque" in French. Why do they say I greque the I pronounced E ? Now I became curious and asked Mr. G. how Y is spelled in Italian, because there are not a lot of words starting with a Y in this language. He looked at me as if I had transformed myself into a Yeti and asked me "Why" (Y) ! I told him I just need the pronunciation. After a long explanation starting from Adam and Eve's history he finally came to the conclusion that in Italian the Y is pronounced I (E) greco, nearly the same as in French. I stop here otherwise it gets boring.

There is a whole history about the letter Y. It first appeared as the Greek letter upsilon.The usage of Y in Latin dates back to the first century BC. It was used to transcribe loanwords from Greek. The Roman Emperor Claudius proposed introducing a new letter into the Latin alphabet to transcribe a short vowel before labial consonants and if you want to increase your general knowledge and know why Y only joined rather late our international alphabet just read it here.

I have learned enough. 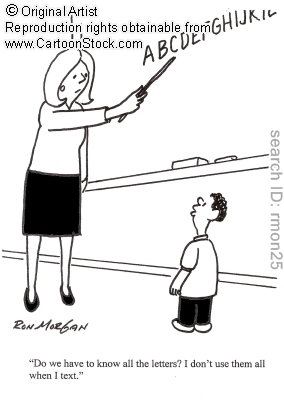 "Do we have to know all the letters ? I don't use them all when I text" 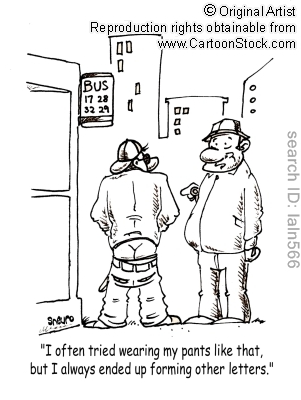 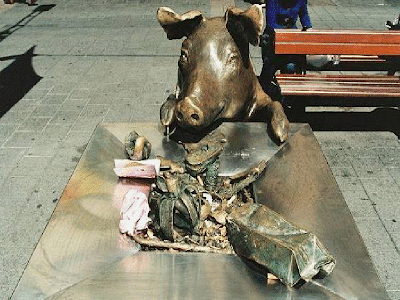 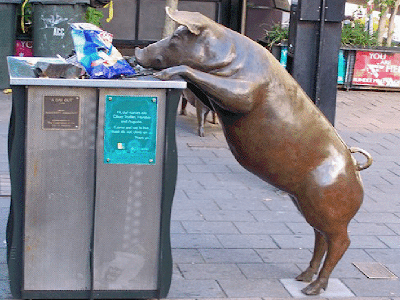 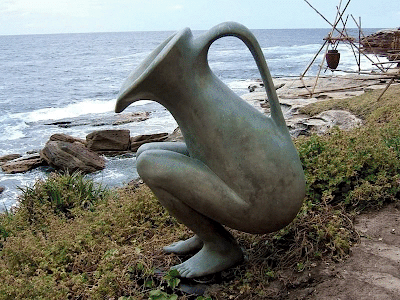 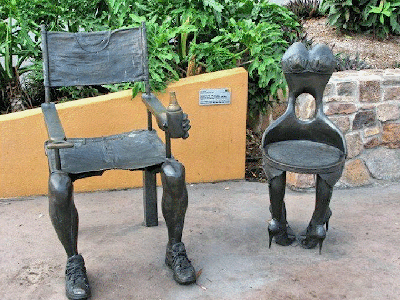 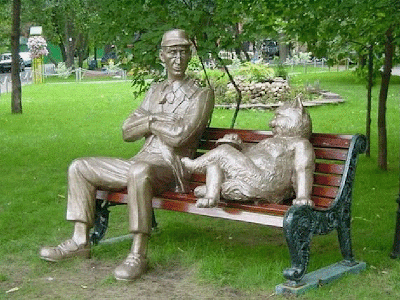 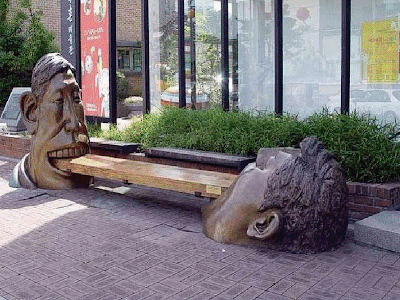 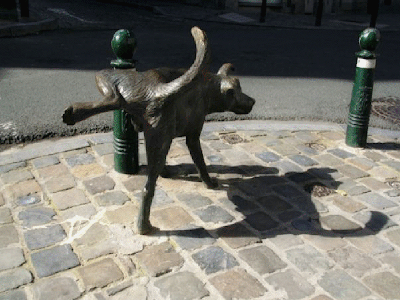 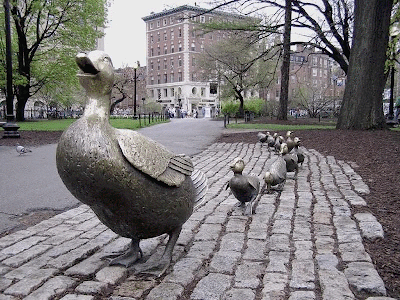 MY WORLD - Sightseeing in Brussels

I had the visit of my Canadian Blogfriend from Canada Kay together with her husband and I had the pleasure to show them a little of my world in Brussels.

I took them to the Atomium which is the only building left from the world exposition in 1958 and has become a big tourist attraction. I have to say it is very special and impressive it is 102 metres (33( ft) high, with its nine interconnected spheres, The Atomium was closed for nearly two years between 2004 and 2006 for renovation and reopened in 2007. This was when the aluminium sheets were replaced with steel ones. The interiors were also redone.

Nice views all over Brussels

The proof that we had been there together

Near the Atomium is the King's castle. King Albert II and his wife Paola prefered to stay in the litle palace where they lived before he became King after the death of his brother Baudouin. Today the castle is inhabited by the crown prince Philip and his family and the ancient King's widow Fabiola.

Nearby is also the Chinese Pavillion ( Oriental Art Museum)

Because of parking difficulties my picture is not very clear 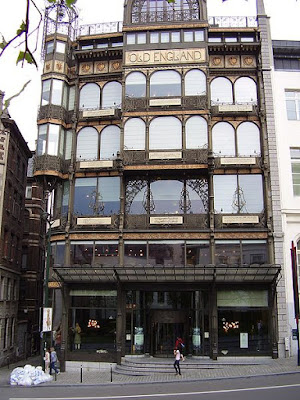 so I googled this one

To finish our tour some Art Deco, the "Old England" store, designed by Paul Saintenoy in 1898. Today, it accommodates the famous Musical Instruments Museum and a cafe-restaurant on the top floor with a beautiful panoramic view of Brussels.
Posted by Gattina at 09:00 17 comments:

Helps you to remember what you have done on the weekend of March 26. You never know if you need an alibi ! If you participate please put the little logo on the top of your post and leave your link.

Saturday we finished the cleaning of the entrance tiles and were very happy about the result, it looked like new !

Unfortunately not for long, because cat Arthur thought that Mr. G. had created a new litter box for him and had used the bark as soon as the tiles were dry. He didn't care at all if the tiles were clean or not. Result, I had to take a broom and cleaned the entrance again.

In the afternoon we had an unexpected visit from Mr. G's young friend (he has about the same age as our son) and first I didn't recognize him. He had had a double pneumonia and had lost a lot of weight ! He had been so sick that everybody has feared for his life. I was happy to be able to have a long conversation with him about everthing he intends now to change in his life. He had been running around in circles for his work and forgot to live. He is a real nice partner to talk to so I could talk about my worries too. Mr. G. was "busy" with his afternoon nap ! We always say for fun that he is our adopted son. After his visit I felt much better, went into my favorite Indian shop and bought a birthday gift for my friend Ilona. That was the first time since one months that I felt my spring lethargy leaving me and probably is going to somebody else.

The highlight of this weekend was of course the visit on Sunday of Kay my blogfriend from Canada and her husband Dick. They stayed in Brussels and I picked them up at 11 am to drive them through Brussels to see the Atomium.

and here we are, enjoying the sunshine and being together. We also visited the Royal Palace and some other things but I will talk about that tomorrow. Blogging is really a great invention I would never have met them without it.

The day before they had spent with Mara in Amsterdam. I know Mara too as a virtual friend and she gave this adorable cat to Kay as a gift for me. I was really touched that she had thought of me and my cat collection !

It really was a nice day and I enjoyed it very much. I hope I have showed them a maximum in the short time we had together.

Labels: Blogger meeting, What did you do this weekend ? Atomium

Today I will meet Kay and her husband from Canada. They are staying a day in Brussels and I will meet them this morning.

Her husband wants to see the Atomium which is located outside Brussels.

I am quiet curious to see her "life" through her blog I know her already !
Posted by Gattina at 06:00 4 comments: