ON HOLIDAYS IN THE UK

It only took me 2 hours to get from Brussels to London with the Eurostar. This train runs now at 300 km/h (186 miles) goes under the sea and arrives in London ! It's just amazing. You don't feel at all this high speed, you only see flying by woods, houses and cows.

I stayed 3 h in London before I went to Eastbourne my final destination at the South East coast of England.

I visited the Queen : 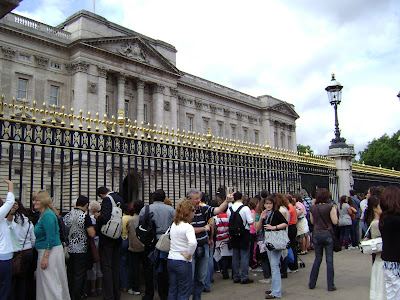 She must feel like an exotic animal in a zoo. There were hundreds of tourists around ! 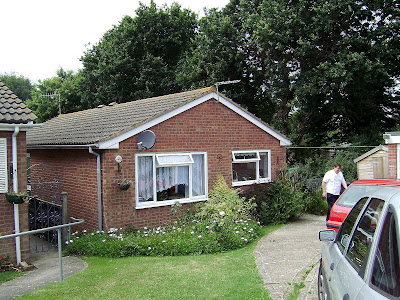 Here is my "hotel" with my private driver Doug. My friend Anne is already in the car. It is just a very strange feeling to drive on the left side and that the driver sits on the right ! I automatically go to the wrong side of course ! 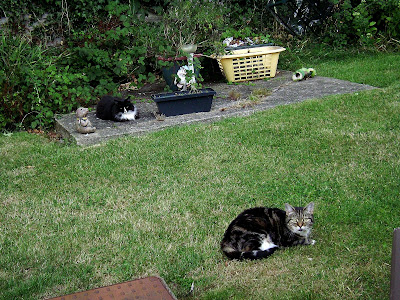 I have my holiday cats 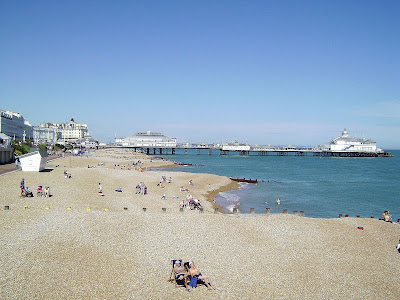 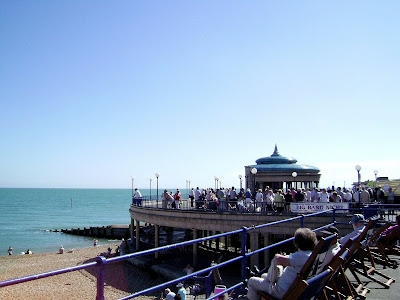 and a concert in the afternoon ! It really is a wonderful place !
Posted by Gattina at 08:02 10 comments:

When I attended a one week photo workshop in a summer school, at the end we made a little exposition of our works. These pictures were chosen by my teacher for this purpose : 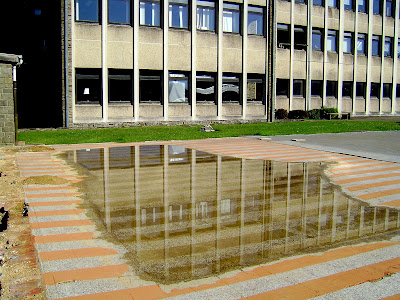 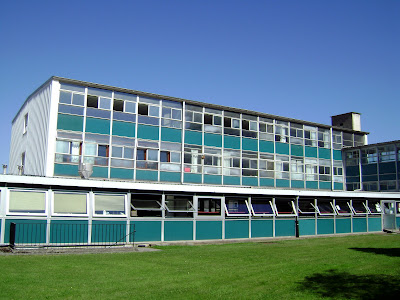 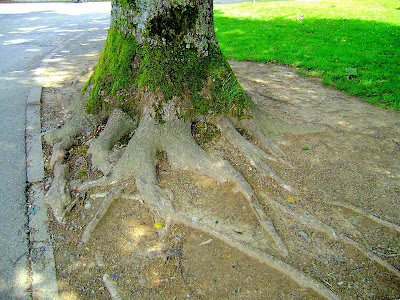 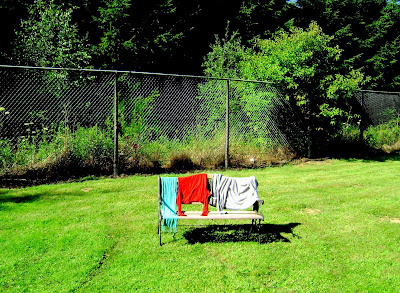 These once were printed

and these once were presented as a slideshow on my computer
Posted by Gattina at 05:24 14 comments:

13 Quotes about Mothers-in-law (I didn't have one, but maybe I will be one !)

1. Mother-in-law: A woman who destroys her son-in-law's peace of mind by giving him a piece of her".

2. A husband and wife were shopping when the wife said, "Darling, its my mothers birthday tomorrow. What shall we buy for her? She would like something electric." The husband replied, "How about a chair?!?"

3. I wanted to do something nice so I bought my mother-in-law a chair. Now they won't let me plug it in.

4. I told my mother-in-law that my house was her house, and she said, Get the hell off my property.

5. The lawyer cabled his client overseas: "Your mother-in-law passed away in her sleep. Shall we order burial, embalming or cremation?" Back came the reply, "Take no chances - order all three."

6. At the funeral, a priest was consoling the bereaved man: "Come, come my good man, tears cannot restore your mother-in-law."

7. Adam was the happiest and the most fortunate man in the world, because he didn't had a mother-in-law.

8. Have you heard about this man who took his mother-in-law to the zoo and threw her into the crocodile pool. He is now being sued by the SPCA for being cruel to the crocodiles.

9. Two neighbors were having a chat when one said, "I took my dog to the vet today because it bit my mother-in-law." The other asked, " Did you put it to sleep?" "No, of course not," said the first, "I had its teeth sharpened."

10. My mother-in-law was bitten by a mad dog in the street. "Oh, that's terrible". "Yes, it was terrible to watch the dog die slowly in convulsions."

11. The president of the service club asked his new member, "Would you like to donate something to the home for the aged?" he new member replied, "Yes, my mother-in-law."

12. Wife: "Dear, this afternoon the big clock fell off the wall. Had it fallen a moment sooner, my mother would have been hit on the head and badly hurt.
Husband : Ai yah! That clock has always been a bit too slow.

Listening to a little concert given by music students just after class in my summer school, I was behind this boy and had all time to read his tatoo ! 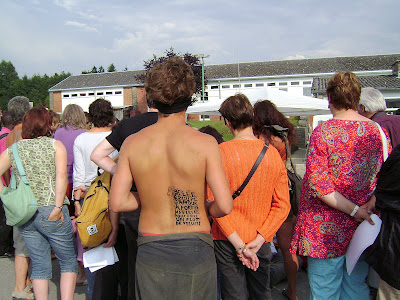 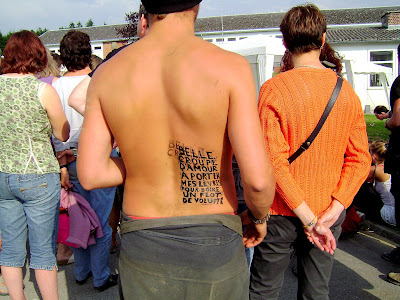 A flight attendant escorted the girl on her eventual flight to Paris
Staff at Ben Gurion Airport in Israel have found a four-year-old girl alone in a duty-free shop after her parents accidentally took a plane without her.

The mother and father were sitting in different parts of the aircraft and did not realise their mistake until the captain informed them after take-off. The girl was put on the next flight to Paris. The parents will be questioned when they return to Israel. It looks like if they had a slight lack of communication ! I only forget my keys and glasses.

Arab arrested because he has two wives too much

Saudi arabian police has arrested a 56 years old man, accused to have 6 wives instead of the legally allowed 4. The man rejected this accusation saying that he had divorced from two of them. A special commision has been created to investigate this case. I wonder from which of the above women he divorced ? I think it must be the right and left one, they are the most ugliest.

A BUDGET airline might charge fat passengers more for travelling on their planes in the wake of soaring fuel prices. AirAsia X is believed to be considering WEIGHING passengers to calculate the overall weight of the aircraft. If installed, the system would allow the airline to calculate the remaining weight allowance to be taken up with cargo. That's not fair ! Usually you get a rebate on quantity !

A dead wicked way to go

WHAT a wicked way to go! This new range of colourful
coffins could finally put the fun into funerals.
The carton board caskets can be adorned with any “customer’s” favourite image — ranging from wine bottles to flags, flowers, and a replica golf ball container.
The boxes, from Guernsey-based Creative Coffins, cost from £295 to £1,200.

People may be dying to try them.

Royals get an eco bee in their bonnet

A MAN dressed as a giant bee today warned the Prince of Wales and the Duchess of Cornwall that the world could be facing an “ecological disaster”.
Beekeeper Barry Walker-Moore, 62, told Charles and Camilla of the threat disease is posing to bee populations and asked them to back a campaign for more research. Isn't he cute ? But it would have been much nicer if he had disguised himself as a flower !

A BEMUSED Queen stares down a railway track – as the Royal Train runs ten minutes late.

But while the situation may be familiar to most of us, this was the first time Her Majesty had been forced to wait around on a platform.
And with nowhere to go for a quick cup of tea, it meant the Queen, Prince Philip and other VIPs had to wait patiently under a shelter on their way home from the 150th Great Yorkshire Show.
So it also happens to Her Majesty ! This will comfort myself and all train taking passengers next time the train is late !

This is my 500 post on this blog ! Together with my old Writer's Cramps which I had to close for technical reasons (sounds good) I am approaching the 1000 !
Posted by Gattina at 17:29 9 comments:

Mothers of Brothers idea for this week is :

Tell us about your favorite word… or if you can’t pick just one, tell us about a few. Are there certain words that feel good the way they roll of your tongue? Do some words make you feel smart? Or silly? Or happy? Which words do you find yourself selecting to put in your posts?

It is impossible for me to have one favourite word or even words. It all depends in which language I speak or write. Some words I use in English I couldn't use in French or German and the other way around because it would have no meaning. Translations like Google and other computer Translators do are too funny to me, because it is impossible most of the time to understand the text, they translate word by word and that makes no sense and what comes out is hilarious.

One bad translation sometimes can become a catastrophe. After WW II the German population badly needed cereals to make flour for bread. In German the general word is Korn. An American translator translated then Korn by corn and that the german population needed corn flour. What happened ? Tons of corn were shipped to Germany and the bread was not only yellow ! I know this story from my aunt who worked as a translator for the American administration in Germany after the war.

From one language to another words have often different meanings or are used differently, so I am unable to say which word I use more often then another. But one word you can translate in all languages without fear to be wrong, that's the word LOVE. (Amour, Liebe, Amore)

"Ten Commandants ? Surely there is some mistake my Lord !"
Posted by Gattina at 05:45 18 comments:

To celebrate my birthday we went in a Japonese restaurant and this was really phantastic ! We all had dressed up a little for the occasion, but when we came in, the waiter handed us Kimonos ! So dressing up hadn't been necessary.

The food was excellent not only for the mouth but also for the eyes. We all were seated at one table and the cook prepared the food in front of us.

It was a real show ! Just look at the little video ! It is really art what he is doing 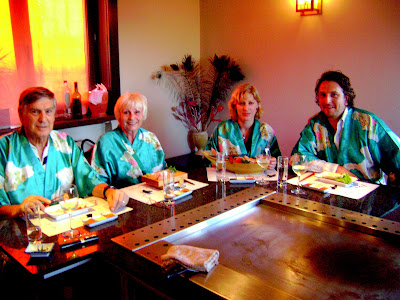 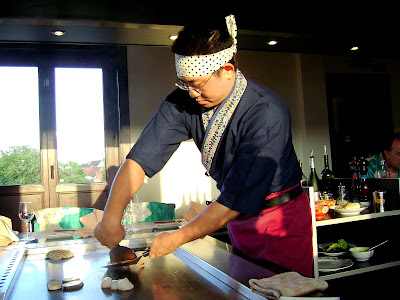 and the result was this ! 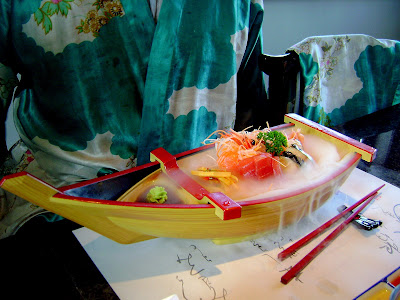 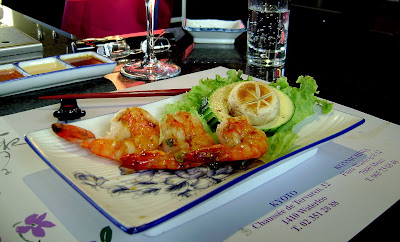 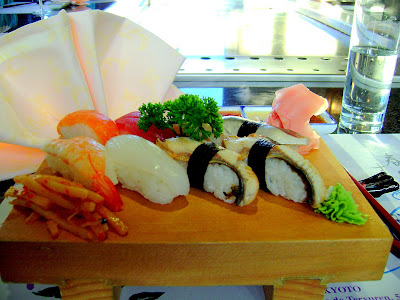 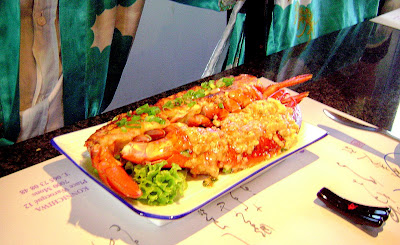 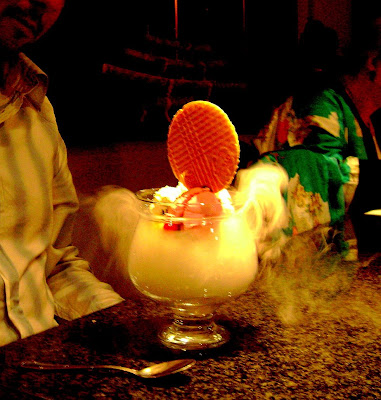 and my "smoking" sorbet !

It was absolutely delicious for all of us !
Posted by Gattina at 05:47 19 comments: