IN AMSTERDAM FOR CHRISTMAS

While you are reading this I am sitting in our car, driving to Amsterdam to celebrate Christmas in the new house of our son in Amsterdam.

It will be the first time.

For little Toby too, because last year he was just one month old.

1. When I arrived for my acqua gym, I had a nice surprise, I was the only one, all the others had a cold ! So I had a private gym ! Not only for the body but also for our tongues because we chatted a lot during the exercises !

2. While everybody rushes to get the last Christmas shopping, I stayed lazily home and did computer stuff and watched TV.

3. Unfortunately my nose started to run again and I was afraid get my cold back. So I stayed inside again while it rained and stormed ! 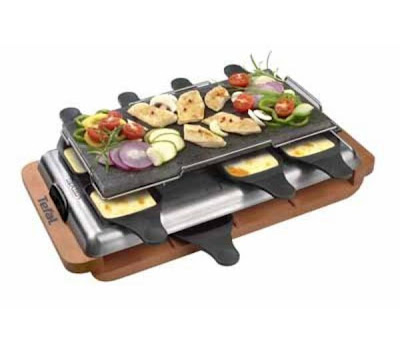 Tradition became now that we have a "Pierrade" on Christmas eve, because you can also use it as raclette. For those who don't like meat there is the cheese and for the others they can grill their meat, fish or scampis on the stone on the top. So I went to get the cheese because they have a special one here in Belgium which is already cut into appropriate slices, although we go to the cheese land, Holland !

We had our last painting class before Christmas and New Year, our class was nicely decorated and the entrance of the retirement home too. We had a long coffee break and exchanged our plans for two year's end festivities.

A LITTLE STORY ABOUT OUR NATIVITY SCENE

St. Francis of Assisi is credited with creating the first nativity scene in 1223 at Greccio, Italy. Traditionally, the main focus of Christmas decorations in Italy is the Nativity scene,presepio in Italian. The Nativity Scene is usually set up before Christmas, but baby Jesus is only added on Christmas Eve.

Yesterday our son sent us this picture showing one year old Toby, our grandson looking for the first time at the Nativitiy Scene and the Christmas tree.

The Nativity scene belonged to Mr. G. who got it from his aunt "Zia Maria", the sister of his father. He was 2 and it is now 68 years old. It is handmade and when you display it properly it takes the space of a dining table. When he was little his father added bushes out of moss and cotton representing snow, and aluminium paper as rivers. There was no Christmas tree. Families only had nativity scenes to celebrate Christmas.

The first thing what he picked up in Italy after our marriage was his beloved Nativity scene, called "Presepio" in Italian. On our first Christmas in our new flat we had to compromise with my (German) huge Christmas tree from floor to ceiling and his (Italian) big village. Fortunately our living room was very spacious but still he couldn't put up all the figures and houses, the way he was used to when he was a child. He had to squeeze it under the tree. Everybody coming on Christmas admired his "Presepio".

When our son celebrated his first Christmas he loved the tree and the Nativity Scene. Each Christmas it was taken down from the attic and displayed under the tree. This lasted until 1997, when the nativity scene was displayed for the last time. From this date on we celebrated with our son in London or we went on holidays on Christmas.

Now that our son has his own house where he lives in Amsterdam with his little family, the first thing he took along from our attic, was the Nativity Scene now for Christmas for little Toby.

Thinking of new recepe creations (my son in the kitchen)

For the 150th birthday of Victor Hugo the famous French writer the city of Waterloo had organized a lot, as he had lived in Waterloo for a while to write Les Miserables.

There was a presentation of the Miserables at the feet of the Lion hill standing on the Waterloo battle field, expositions, visits and lectures of his works were made. Amongst other expositions, our painting class had been asked to paint a picture with the theme of the Miserables, which was not an easy task ! 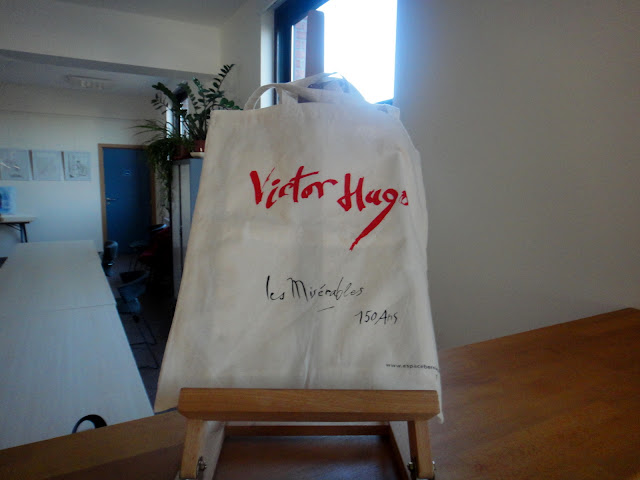 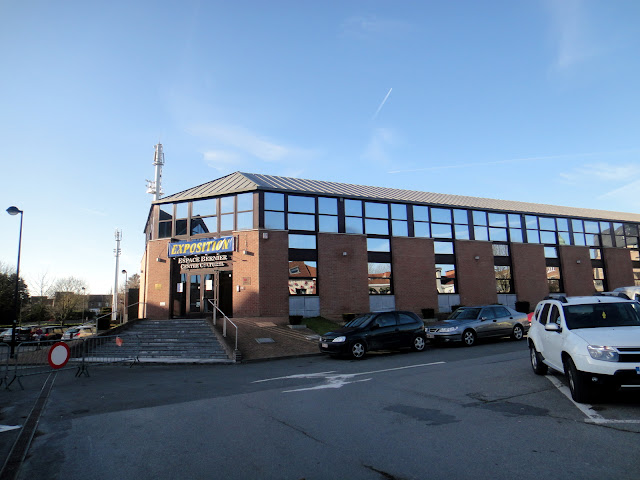 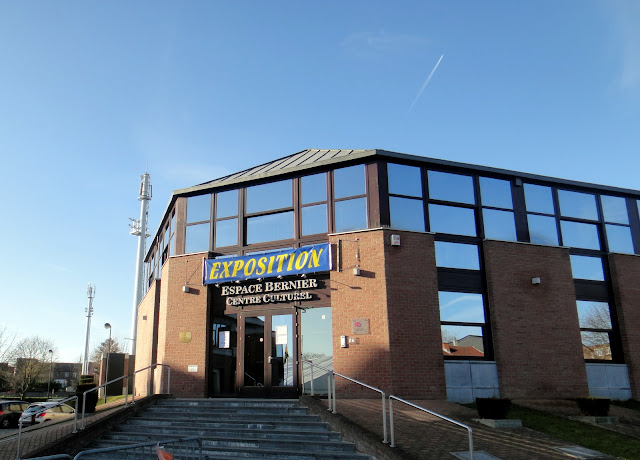 The cultural center of Waterloo, where the exposition took place 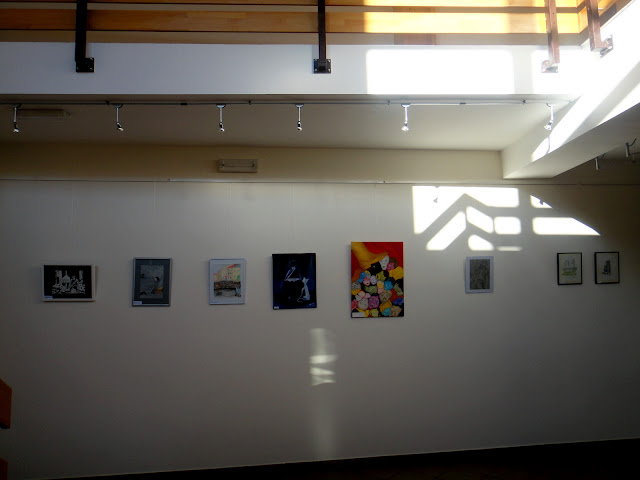 some of our works 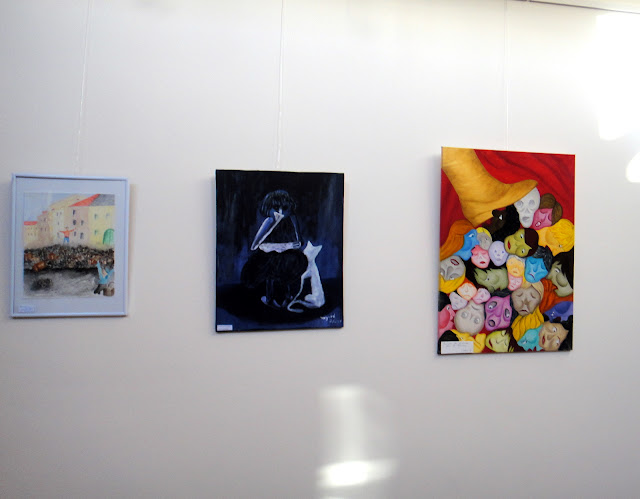 the one in the middle is my painting. I painted hungry Cosette the little orphan who shares her food with a cat. 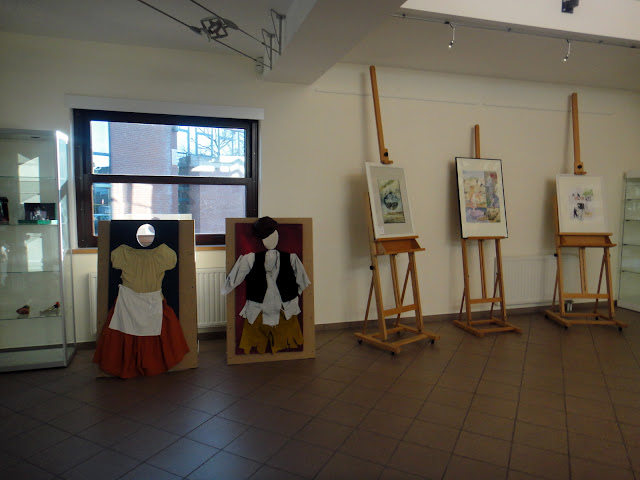 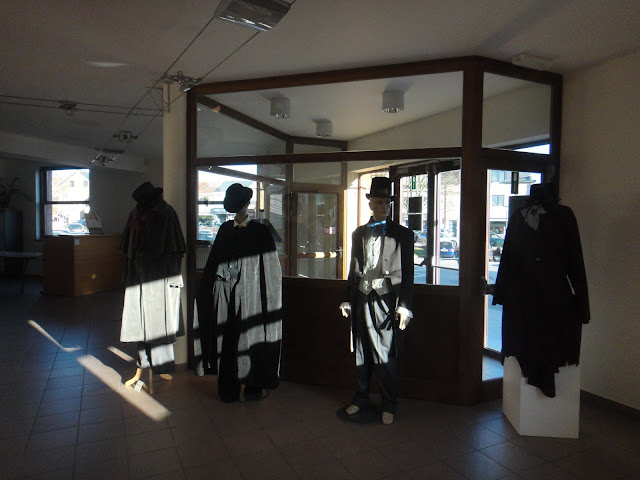 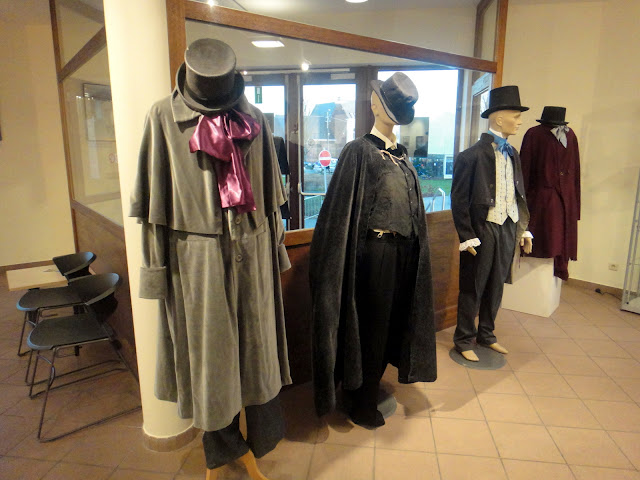 Clothes from the 18 hundreds 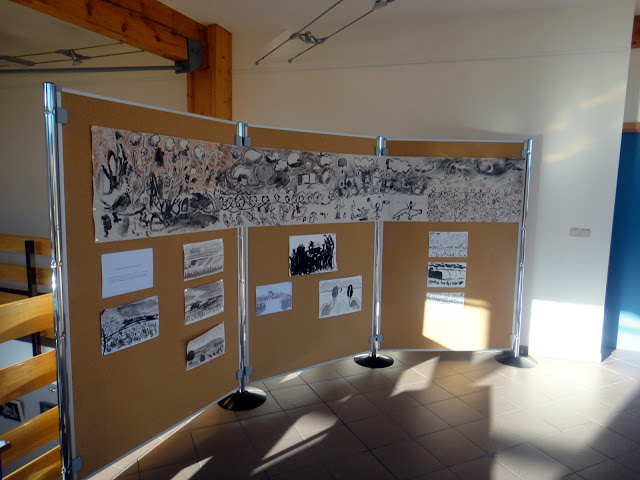 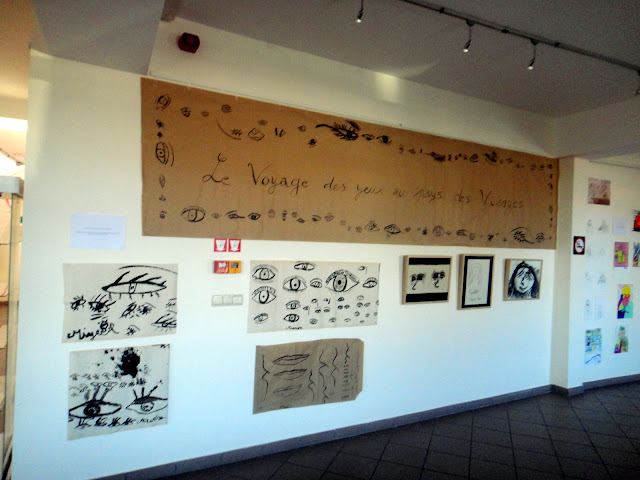 how children saw the Miserables and the Waterloo battle field 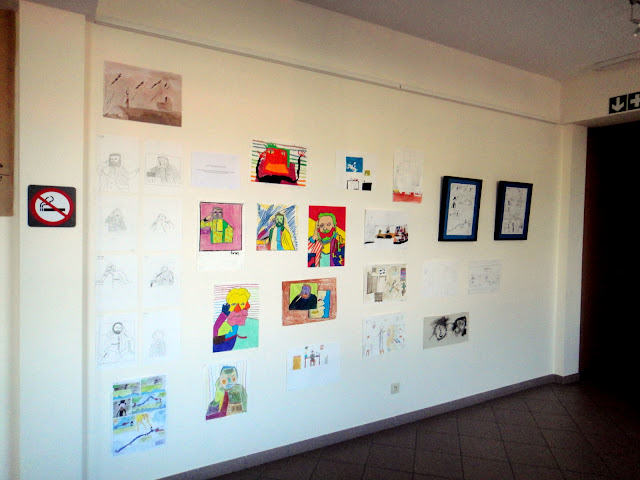 Portraits of Victor Hugo (I think he would have appreciated, he loved children) 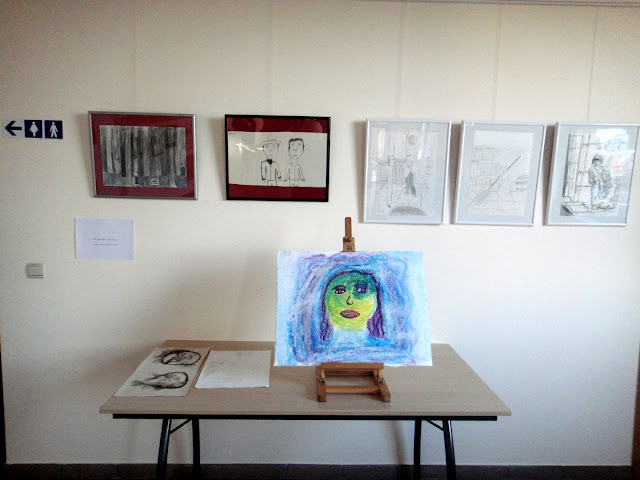 I liked especially this one, would fit very nicely in the entrance of a home

Helps you to remember what you have done on the weekend of December 17
If you participate please put the little logo on the top of your post and leave your link.

My cold finally had enough from me and left me for another person. 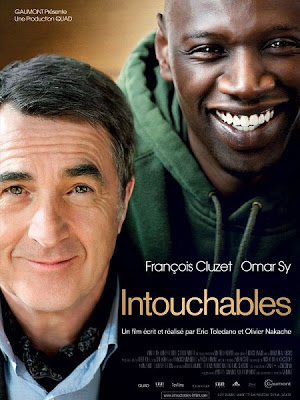 I took the opportunity and went with to friends to the movies and we saw a wonderful, very touching movie "Les Intouchables". It is a sweet and sour comedy about the meeting of two opposite people who were very unlikely to meet. The first one is a paraplegic white middle aged very rich and lonely man, the other one is a young black, poor, unemployed, coming from poor suburbs and a very large family.

What makes the quality of the film, beside the humour present is the emotion you can feel, through increasingly attaching characters. The story is based upon a true story, and real characters. If you want to watch and enjoyable comedy, with very touching moments, this is a must go.There are interesting insights about arts as well (paintings, classical music, and funk music). It's really not a stupid comedy (you can see here Pictures and trailer and an article in the New York Times More than 9 million people have already seen this movie and it just came out in November. It was the best film I have seen since a long time. Chantal who is handicapped herself was very impressed and loved this film, we laughed througout the whole movie ! I think for the moment this film is only available in French, it is a very long time that Frenchs have made a good movie which crossed all the borders. Maybe it exists subtitled. 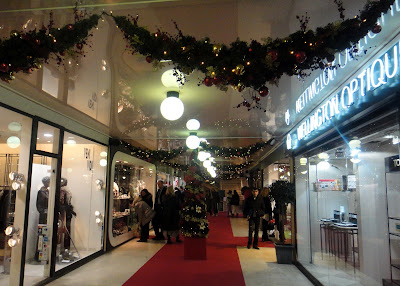 It was so cold, windy and it rained so that we just did a little walk through the Gallery and then went home.

It also had snowed for the first time, but the temperatures are too high, so it doesn't last and it's all dirty everywhere.

On Sunday it couldn't be worse outside ! I wanted to go to the market, do some window shopping too, as just before Christmas the stores are open on Sundays (business is business) Normally all shops and stores and supermarkets are closed on Sundays in Belgium. But it rain/snowed, it was grey and humid and windy, the risk to catch a cold again was too big.
So I stayed home, did our laundry, watched TV and "worked" on my PC. A rather boring Sunday.
Posted by Gattina at 06:00 3 comments:

Labels: Les Intouchables, movie, What did you do this weekend ? 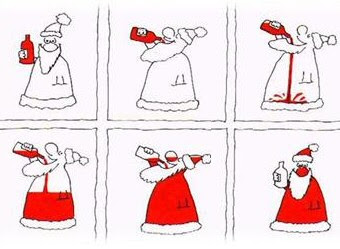