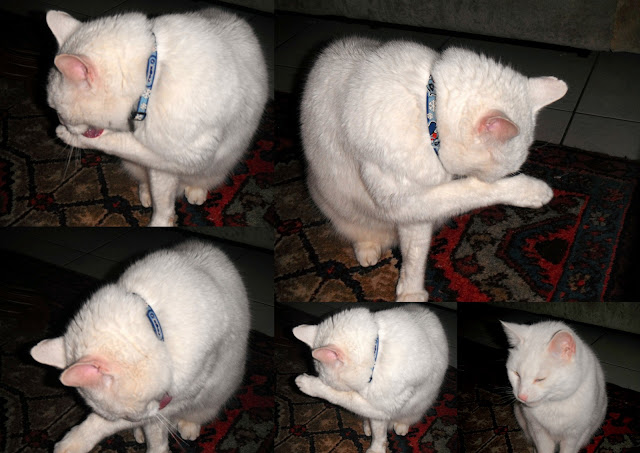 To my Grandma times and even later when people had to heat up water with coal or wood or other means they took a bath once a week and that was usually on Saturdays to be clean for Sunday and the church ! 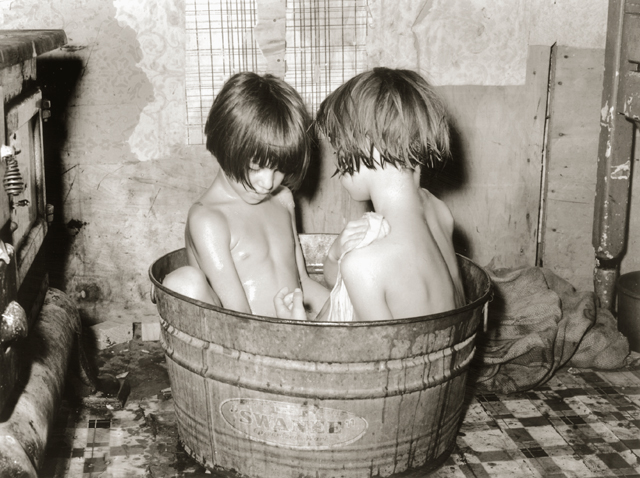 Today we have a bathday or at least a shower day almost every day but we also go less or never to church. Result : too much water used ! 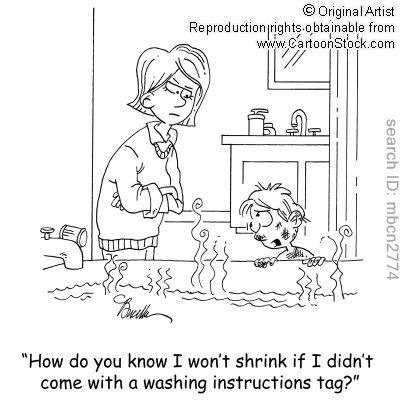 1. Nothing special happened this week, except the spectacular robbery of Diamonds at the Brussels' airport, where  eight heavily armed men dressed as policemen attacked the cargo of a Swiss airplane located on the tarmac of the airport and stole diamonds, valued around 36 million euros (48 million USD) then they disappeared. Fortunately there were no victims, and the diamonds were well insured so no loss, except for the insurance company.

2. After aqua gym, I went on prospect hunt for a robot lawn mower ! Of course it is too early to buy one, but I wanted to know more about it and most of all how much it would cost. The salesman gave me a good advice, for my purpose I need the smallest one, and not a complicated either, just the thing without remote control. 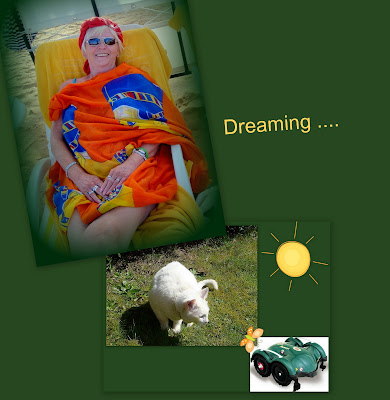 Now I am dreaming of sitting on the terrace taking a sunbath and watch my lawn mower driving around on the grass maybe followed by cat Arthur, which would be even more fun !

3. My painting is finished, so I needed new canvas. My brushes too had lost their hairs and needed replacement. There is a new store which has all these supplies to very cheap prices. Now the whole painting class goes there for everything we need for painting our "masterpieces".

4. No way to take public transports to Brussels today. A national manifestation of around 30 to 40,000 workers and employes took place in Brussels. At the call of the unions, they require full maintenance of the salary index, rising purchasing power and negotiations on worker flexibility. I am happy that I have all this behind me, I could only manifest for a higher pension ! Sadly it's so difficult nowadays for young people to find a good job. When I was young there were so many jobs available that I had a big choice !

5. My prisoner life continues, due to the cold weather, rain, fog, and even some snow ! Lots of people have caught a cold or even got the viral flew ! It's better to stay inside and suffer in silence for being locked in then catching the microbes !
Posted by Gattina at 06:00 10 comments:

The first Native Americans I met was during our very first visit to the States in 1971. My American uncle who had married my mother's sister had invited us to show us his country.

And that he did !! In 2 weeks we drove 8000 km (4971 miles) from Madison Wisconsin through North and South Dakota, Mount Rushmore and Yellowstone park, Las Vegas, Flagstaff and finally the Grand Canyon. We also admired the 4 corners and sat there on four States, Utah, Colorado, New Mexico, and Arizona.

I remember then that it was about 4 pm when we arrived in Flagstaff and my aunt wanted to go direction Durango and checked the map. Apparently no problem because there were plenty of towns indicated on the map and therefore also plenty of motels, where we could stop in the evening. What they didn't know was that all these towns were in an Navajo Indian Reservation.

In 1971 Indians were still Indians and not Native Americans and both sides were still like cats and dogs.

We drove and drove and drove through a wonderful desert, in red and sandy colors and yes we passed through the cities mentioned on the map but they were composed of maybe 5 or 6 sheds and a bar. It's strange that after so many years I remember that there had always been a bar. And on purpose because we got hungry and wanted something to eat.

All the way long we saw Native Americans not in the costumes I was used to see in movies but mostly dressed in Jeans and T-Shirts. I was very disappointed ! Hunger made us stop in one of these "towns" parked the car in front of a "Saloon" and opened the swinging doors, just as I had seen in Western movies, but without a single cowboy.

The "Indians" looked at us as if we were ET in person, they probably had never seen a "Paleface" coming in their bar. We were received politely but rather cool and the older men glanced at us with hostile looks. We really didn't feel at ease. But then they realized that we spoke another language then English because we spoke German.  Suddenly their attitude changed completely. Now they all came to our table most of them still wearing  pigtails,  which I found terribly  romantic. They welcomed us in English and became very friendly and invited us to share their food.

The only one who was ignored completely was my poor uncle because he spoke English and they immediately had noticed that he was American. We chatted together and it was very interesting. Then two women came unfortunately not in a leather dress and  feathers in their hair, but with Jeans and T-shirt and brought us food.

I don't remember what it was,  but it was very good and anyway I was so hungry I would even have eaten a roasted rat ! My uncle got nothing. They just ignored him as if he in person had killed all Indians and put the rest of them in this reservation which indeed was very beautiful but nothing could grow here it was just a desert. I don't know how this place is today, they probably all live from tourism but at that time it just was like this, they were very poor. We shared our food with my uncle and then left, still chatting and laughing and promised to come back ! (without the uncle of course)

I remember sitting in the car I was so excited !! I had met real Native Americans !  not movie Indians but real once and  the only thing I was missing so much were their headdress   ! 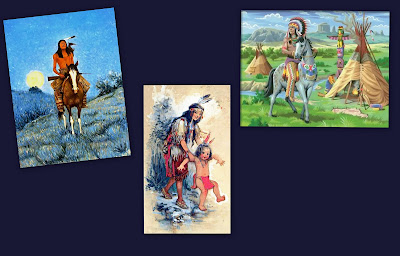 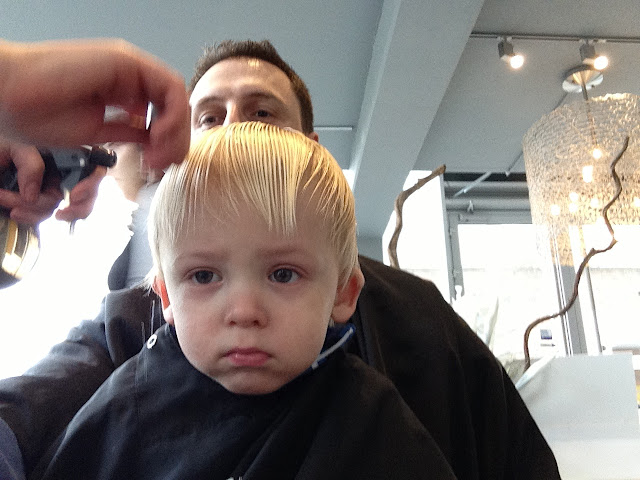 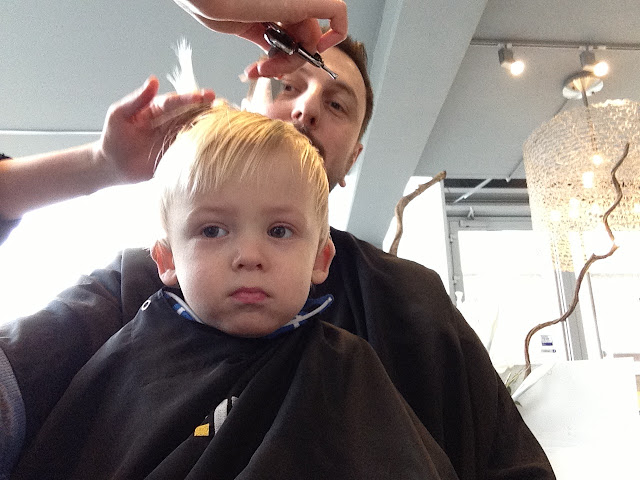 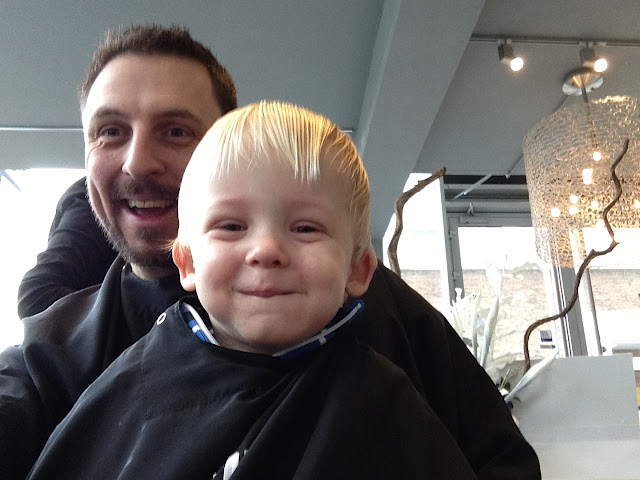 ABC Wednesday is here
Posted by Gattina at 06:00 14 comments:

The site of the Battle of Waterloo will be completely renovated ! The goal is to be ready for the bicentenary of the battle in June 2015.The huge hole is for the construction of an underground memorial  partly buried, with inside a 3D reconstruction, a staging by Franco Dragone ( known for his work with Cirque du Soleil and Celine Dion) to immerse visitors in the world of battle between the balls guns and bayonets. Read more here ...
Posted by Gattina at 06:00

Helps you to remember what you have done on the weekend of February 16. If you participate please put the little logo on the top of your post and leave your link. 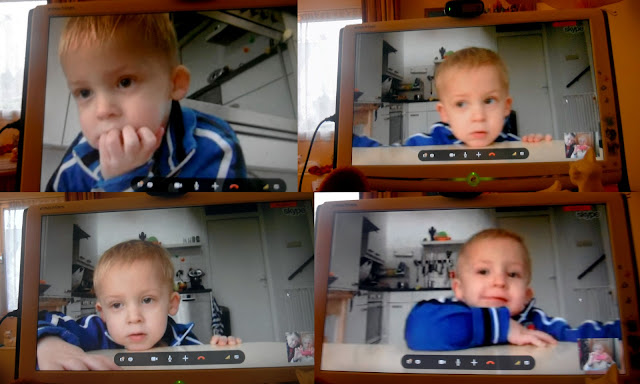 He had been at the hairdresser with his Dad. In the corner right you can see the both of us talking to Toby.

In the afternoon I went with Ilona to the Boccia clubhouse of Waterloo city. It looks a bit like a Swiss chalet, all in wood inside and is very well equipped. 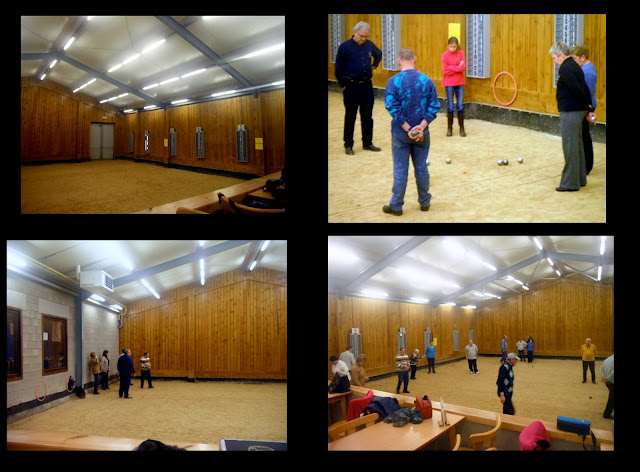 There are several pistes where groups can play together. On a Saturday afternoon there were quiet a lot of
people. 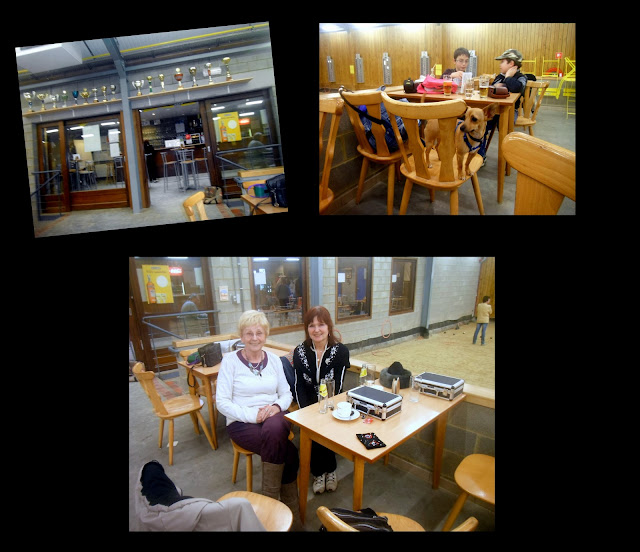 There is a nice little bar where you can get drinks, the trophy cups where all lined up above the entrance. Whole families where there, with kids and dogs and it was a very nice and warm ambiance. We had a coffee there and watched a friend of Ilona playing.

Sunday morning it was so misty, that I could hardly see the house of my neighbor. My heart sank ! But around noon the sun came out and I thought I could go to the Waterloo Lion to take some pictures. 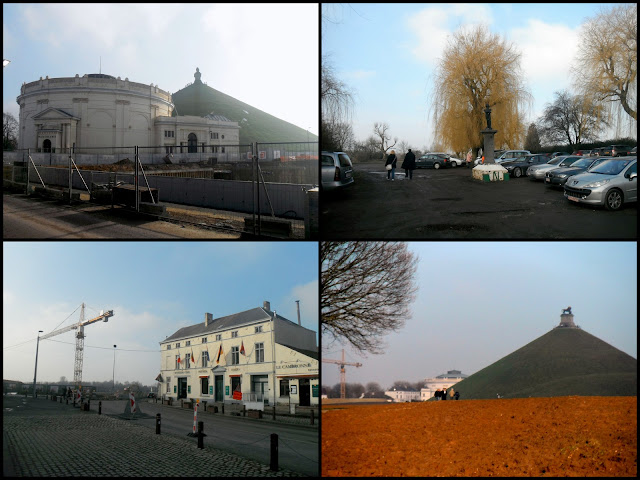 I had completely forgotten that the whole site will be renovated and the works had started last year in June. It is a battle field, but now it really looks like a modern battle field ! They have digged a huge hole just besides the Lion hill.  It's enormous. I wondered what they will do with such a big hole ? There was space for a two floor parking space. I thought I would inform myself once at home. I took pictures of the battle fields and walked around together with many tourists despite the cold weather. The old restaurants, dating still from the battle in 1815 where full ! I drove a little further to the farm where Wellington had gathered his troups and saw a lot of people walking there too.

When I came home I knew about what I would write for "Our World" on Tuesday. The rest of the afternoon I spent with collecting information about the renovation. It should be finished by 2015 when Waterloo celebrates the 200 anniversary of the battle.
Posted by Gattina at 06:00 3 comments:

Labels: Boccia, renovation, Waterloo lion, What did you do this Weekend
Newer Posts Older Posts Home
Subscribe to: Posts (Atom)