The week started with a holiday in catholic countries. It is August 15, the Assumption of Mary who went to heaven, I don't know why it was on the 15th because at that time our calender didn't exist yet. Well there are so many fairy tales in religion.

I think most of the people didn't even know why they had a day off and as it was on a Monday, lots of them went to the sea for a long weekend.

My printer which had worked twice was again on strike and I tried myself this time to fix it, but there is no wifi connection from the printer to the computer. Well I will start again.We still had 31° but it was windy so I stayed the whole afternoon on the terrace protected by my fugitive parasols. This time they didn't fly away.

Isabel was not satisfied that the printer still didn't work, it was connected to the internet and the computer too, but they didn't recognize each other. I had discovered a HP helpline where a very friendly lady, locked herself into my computer and did everything for me ! Isabel and I were sitting in front of the screen and looked with huge eyes at the screen where a "ghost" clicked and wrote and put numbers, and then made a test and it worked !!! Unbelievable, it's a pity we hadn't done that before, we hadn't seen this help link . It was like a technician coming and do it personally, but here the lady worked from home for HP I know it because I heard a baby cry ! That was really nice and doesn't cost anything. They also do other reparations.

Nicole had asked me to take her again to the retirement home where Rick had been, but when I arrived she was in such a bad state, that I told her it's better to go on another day. She could hardly walk and was terribly tired. She immediately agreed and I stayed a bit with her, but then I had to return. I talked to her daughter because I think she doesn't really realize, that her mother is declining. I know only too well what that means. Hard decisions to take.

My three dresses I had ordered on Internet "on sale" arrived, fit perfectly, not the best quality, but what should I do with quality and pay 3 times more ? The dresses would last longer than I ! So when I get fed up of them I just give them away.

Once per year I have to go for a check up to the pneumologist  for my chronical lung disease. He had moved and I had to drive a bit further on into the next little town. It was a nice, very modern little hospital, very well equipped and not such a huge factory like building in which we have to go when we have an accident. Otherwise you are free to choose where you want to go. This counts for everybody. 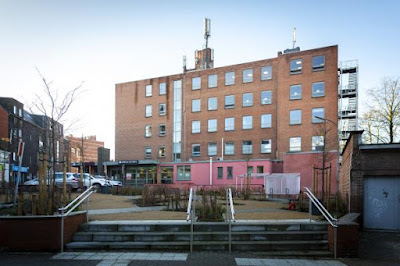 The doctor is a real nice man, and takes his time to chat, then I went through the breathing machines and at the end he had asked for an X-tray this time. Apparently it's a bit worse but he said that could come from my actual situation and the stress I went through. He wanted to call me if there was something special, otherwise I could keep my actual treatment and as I haven't heard from him, it should be OK. 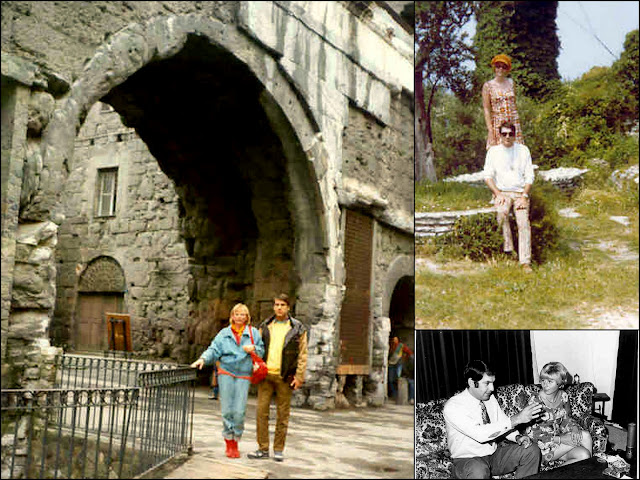 I started to recuperate old pictures which are on a back up, from when we were freshly married and for the second time in Italy ! Long forgotten memories came up !

more participants at Susanne at Living to tell the Story.
If you have difficulties to comment, just scroll down to :
Subscribe to: Post Comments (Atom)
click on it and then you can comment !
I have the same on other blogs and it took me quite some time to find out !
Posted by Gattina at 07:00 5 comments:

1. August is National Back To School Month...how does that make you feel? Share a back-to-school memory.

It makes me happy ! Finally normal life will begin again ! In Belgium school holidays last from 1st of July til  August 31, a long time. During this period the TV programs show "summer holiday programs, which means old to very old movies and the rest is junk on all channels, or for children. The construction companies are closed in July, so no new constructions etc. Lots of companies close in July others in August. Don't talk about administration, they sleep for 2 months in all services ! In my case it was awful because of the succession papers ! Or I got nothing or 3 times the same letter.

2. Something you've learned in 'the school of life'?

Yes, that I learned more in the school of life then in the real school, at least when I went to school in Germany, we were 80 little once in one classroom and 3 kids had to sit on benches made for 2. But I learned at least to read and write in primary school, under these conditions,  which when I see what is all done for the little once today, is a real miracle. 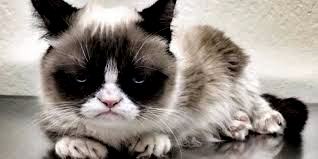 I eat what I want in summer or winter and before I have had enough of something I change.

5. What small stuff do you sweat that you know you shouldn't?

For the moment everything !

6. Insert your own random thought here

I am so fed up with all the administrations papers I still get for Rick's  passing away, although I handed everything over to a notary. But during the school holidays administration sleeps, the right hand doesn't know what the left hand does, so I get or nothing, or too much, or they ask me things which I have done already ! I thought it would get better since it is my notary who does it, but until this arrives in the administration people's mind it takes time ! Today the insurance company of my car asked me to send a wedding certificate to put the car insurance on my name and not to Rick's anymore ! And my car had been also insured by them, but I had sold it. Too lazy to look in the files ! I think I should sent them our wedding picture ! I told the guy that the insurance is payed and the next invoice they should put on his grave, the account nr. hasn't changed ! That made the guy laugh. 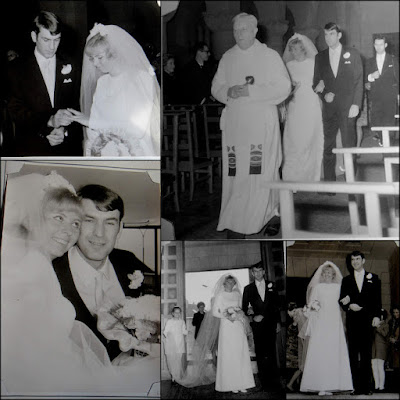 PS. IMPOSSIBLE TO COMMENT ON THE HODGEPODGE Blog can't sign in not with Google and not with Atom ! 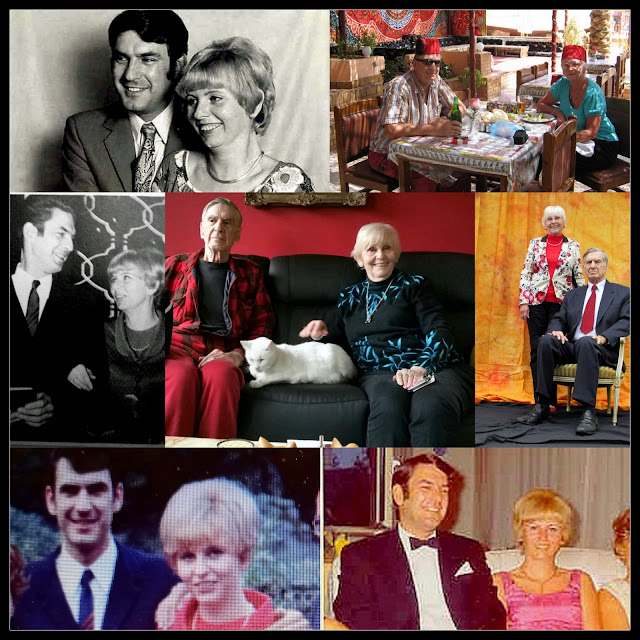 I made a collage for a frame I have bought, a memory of 54 years of life and happiness together.

If you have difficulties to comment, just scroll down to :

I have the same on other blogs and it took me quite some time to find out ! 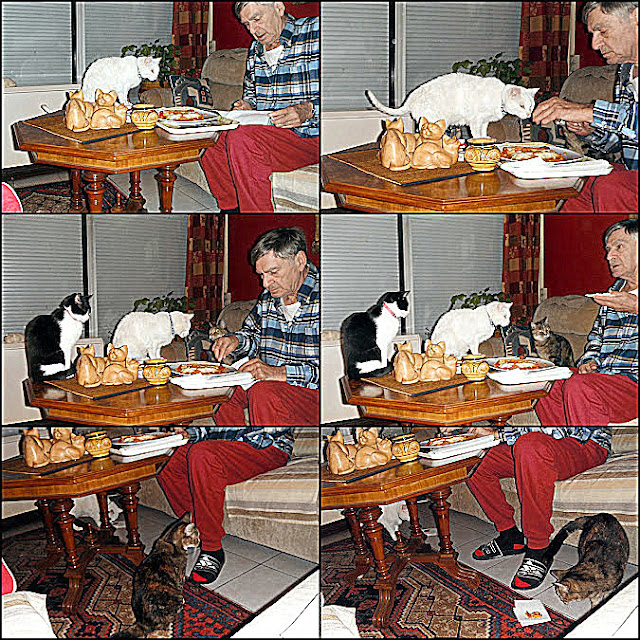 Each time Rick ate he complained bitterly to me, that he could never eat in peace and that I should help him. And while he complained he fed the always hungry Arthur (the white cat) and even put food on the floor for Pookie, only Rosie didn't accept anything she only ate her cat food and never something else, til today !

That's also what I miss, the call for help !

This was a very exciting weekend (?!) In the morning it was quite fresh and Maria could clean and even cleaned the enormous windows, I have. But around 11 the heat started to climb, fortunately I had closed windows and curtains and it was nice. But sitting in the dark in summer is not my cup of tea. I thought I should buy an air cooler or an air conditioner on wheels, but then I thought it's not worthwhile because it will only last for one or maximum two months.

Therefore I stayed inside, emptied completely Rick's computer, watched  a movie and then I sat outside because it was so windy again that I had to fix my fugitive parasol with one more cord but at least I was outside ! I checked twice the Webcam on the Grand'Place to see how it went with the flower carpet, (see post below).

On Sunday the weather was even worse ! It was cloudy and nice until 10 and then suddenly it became hot, very hot 34° and still with a covered sky ! I managed to keep a temperature of 24° inside, only by closing the windows, as there was no sunshine I let the curtains open. When I had to go outside I thought I would enter an oven ! My old school friend from Germany called me to know how I was, and she also complained that she had to stay inside as it was far too hot to sit outside. Their house is not so well insulated as my apartment because it is much older. She has a lot of health troubles, little once fortunately. Perhaps on their way to the Netherlands they will come and visit me, they haven't seen yet where I live now.

Nicole called me too, I think now she is ready to go into a retirement home, because she has fallen 3 times out of her bed during this week and lay on the floor until her daughter was alerted by the Tele help service (Nicole has to wear a necklace with a little box and a knob to call for help) Her daughter is exhausted and she remarks it and once her son came at 3 am, I hope she realizes that she can't continue like that. The nurse who comes in the morning couldn't get in because Nicole hadn't heard the doorbell etc etc. So next week as soon as it's a bit cooler I will go with her "retirement home" hunting. It probably will be the same as Rick, because not only it's nice but she also can take her cat along. Cats are allowed. Little dogs too, but they don't have to bark too much !

Tomorrow the shops are all closed again and the city looks dead in this heat. That's not summer, that's like hell !

If you have difficulties to comment, just scroll down to :
Subscribe to: Post Comments (Atom)
click on it and then you can comment !
I have the same on other blogs and it took me quite some time to find out !
Posted by Gattina at 07:00 8 comments: