1. As it was whit Monday, Waterloo's city center was dead, all shops closed and nobody on the streets. There was nothing going on either. Ilona needed to go out and we went to the old Mont St. Jean Farm, which had once been a Hospital for Wellingtons wounded soldiers 200 years ago. 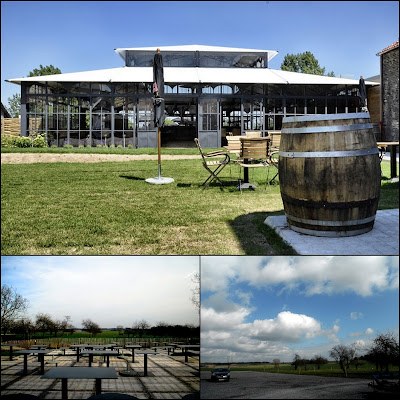 Behind the farm is L'Orangerie du Prince our favourite place for a drink. There of course it was full, we hardly could find a seat outside with this wonderful view on the open fields.

2. We discovered a "new" (for us) restaurant in Waterloo with a nice terrace outside, the owner is Italian and there were of course a lot of Italian specialities on the menu card. Unfortunately for me, because I eat Italian each day ! But for a drink it was OK !

3. The friendly gardner I had found through the Waterloo Facebook page, came and trimmed everything which had grown so much, and put new bark on the ground. Now the garden looks clean again. The only thing which is missing are the flowers in the pots. The pots are still empty. I decided to put fake flowers in them, it's in front of the house and nobody will noticed the difference when they walk by and I don't have gymnastic to do and climb up the little hill to water the plants. Mr. G. had it done once, with two plants because he hadn't noticed the difference amongst the real once. 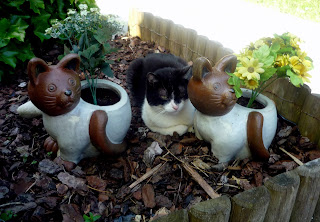 Rosie had found a new place

4. We had a terrible storm 90 km/h and all parks and graveyards were closed. There were quite some damages but fortunately not in our area. I don't like this strong wind whistling around the house.
Therefore I couldn't "plant" my flowers and the pots are still empty. Now it rains !

5. After painting class Ilona and I went to our Greek restaurant where we could sit outside then we had a good cup of Espresso here. Ilona went home and I had to go to the groomer with Kim ! 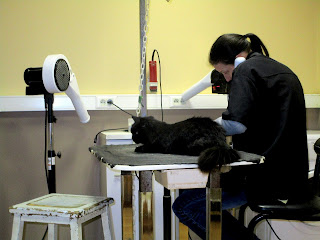 Despite the fact that she allows now Mr. G to groom her, there was a huge amount of hairs coming out of her fur ! I am more and more convinced that she had been a sheep in her former life ! 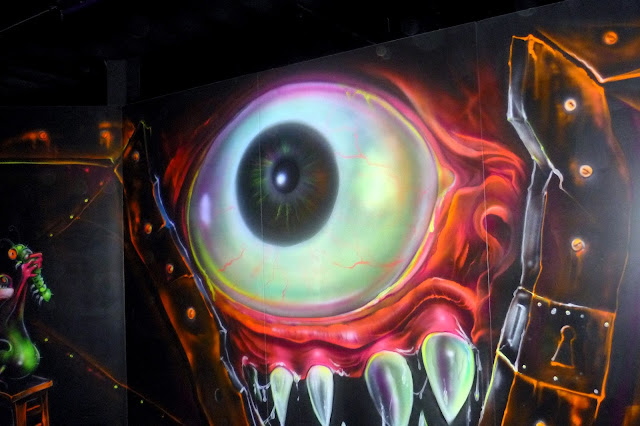 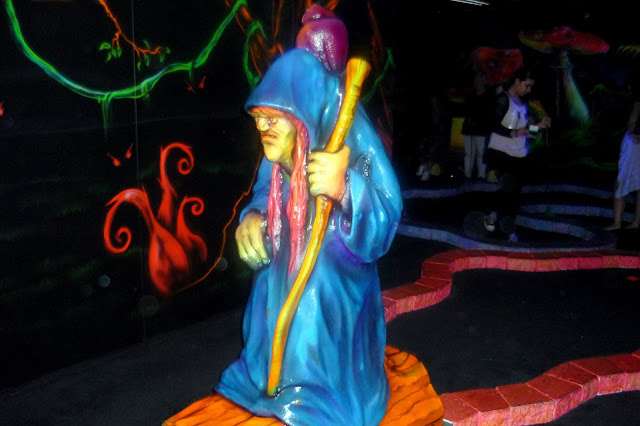 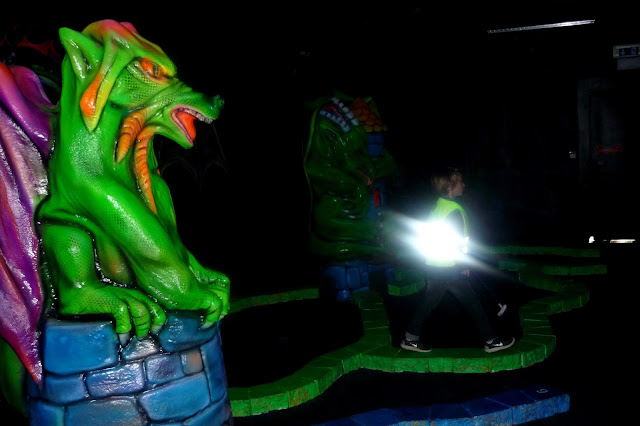 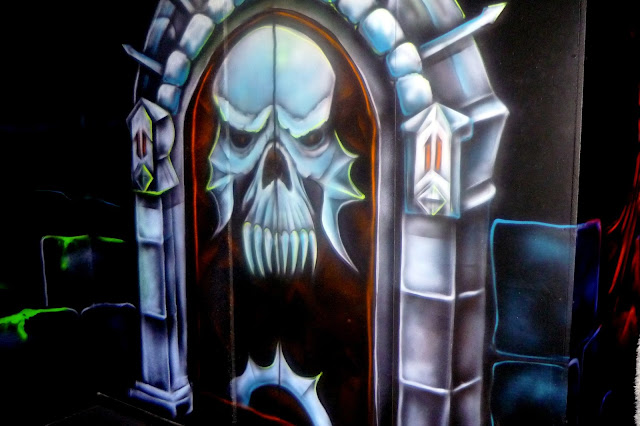 Decoration of an inside mini golf for children !

Each year Waterloo organizes a trip for the seniors of the city. It's always very nice and we visit interesting places. We start early mornings at 7 am, have a coffee/croissant break, and then the visit, lunch and another visit where we usually have free time. This year we visited the Orval Abbey.