FINALLY A SOLUTION TO GET YOUR COMMENTS IN YOUR EMAILS !!

FOR THOSE WHO DON'T GET COMMENTS IN THEIR EMAILS Andrew from Highriser has found the solution and it works !!

Open you blog dashboard, that is where the compose button sits and all those buttons are on the left, along with the list of your posts, published and drafts. Go down to Settings and click, then Email. If you were receiving emails of blog comments, your email address will be there in the box next to 'Comment notification email'. Delete your email address within the the box and at the top right, click 'Save Settings'. It has been suggested that you should close down and restart your computer. Do so if you wish.

Then, go back to where you were at, Settings/Email and add your email address to the box 'Comment Notification Email' and again click Save Settings.You will receive an email and within the email there are two options. Select 'Subscribe'. Voila, you will now receive an email when someone comments on your blog. It may take a little time to start working though.

In my case it worked immediately ! 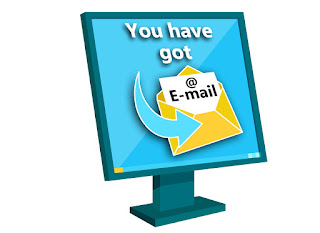 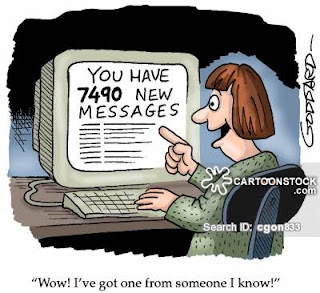 The week started with me being completely overworked ! I had to sit and watch a movie while the gardener cut the hedges, and shrubs, pulled out the weeds and they were two to work for 6 hours. Now our garden looks like the one of Versailles or Buckingham Palace ! A part from that while I prepared my photos and posts, the window cleaner took care of all windows in the house. Now I have to pay attention that I don't go through the window door without opening it, because it is so clean ! 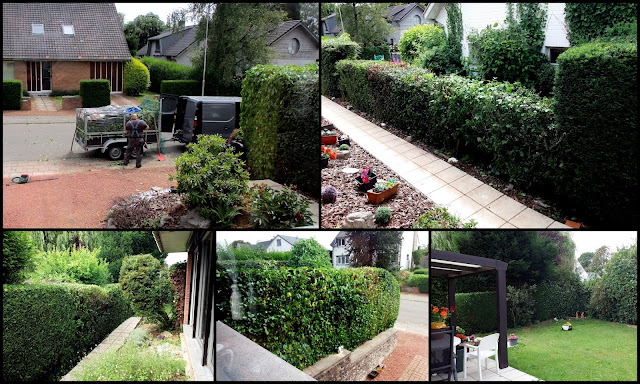 The next day I drove Nicole to the Belgian coast, where she had rented a nice apartment and she had invited me to stay with her 3 days before her family arrived. 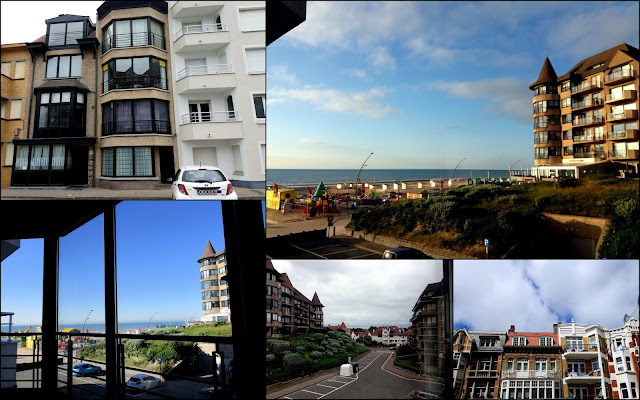 Above right the little narrow house on the 3rd floor was our flat, two bedrooms, living room and open plan kitchen. The bay window gave us a beautiful look on the sea ! 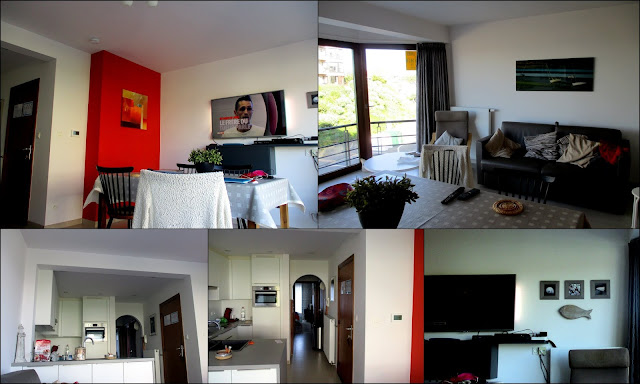 The living room, kitchen and way to the two bedrooms.

We were quite tired when we arrived around 4.30 pm, although we had almost no traffic. Must have been the air of the sea. Nicole to be sure to sleep well the first night had put earplugs in her ears, that's at least what she thought, but she had put two in one ear and was surprised to hear people speaking outside. I slept like a baby !

The next day we did a little shopping for things we would need, like water, kitchen paper, etc.
Then we stopped in a little restaurant at the beach and saw that they served very tasteful looking chips ! We couldn't resist, had both a rather big portion and an ice cream as desert.

We walked along the seaside and had a coffee in a nice café with very comfortable chairs and sofas and stayed there the whole afternoon on the beach.

In the evening we were too tired to watch TV and went early to bed.

In the morning we expected a friend from France whom we had met in Egypt in our hotel and we became friends. She lives near the Belgian border and was only 45 min away from us.

She arrived around 10 and we spent the whole day together. 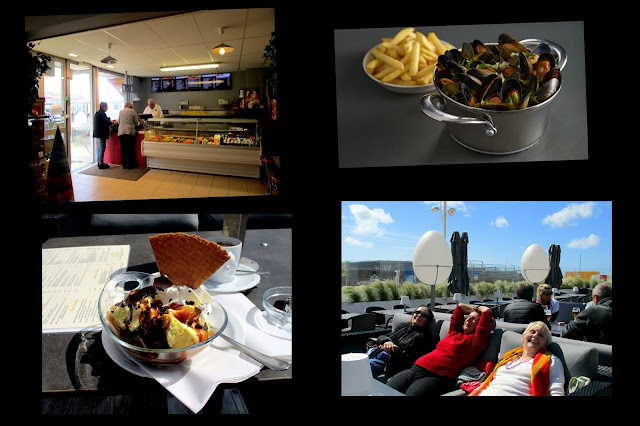 We had mussels with chips in a little restaurant, a Dame blanche (French, "white lady") is the name used in Belgium for a sweet dessert consisting of vanilla ice cream with whipped cream, and warm molten chocolate. It tasted delicious !

The whole afternoon we were "hanging" around on the sofas of the beach restaurant and enjoyed the sunshine. It was very windy, but as we were well protected it was nice and warm.

Our friend left late afternoon to return home to France and we stayed home and observed the high waves from our bay window.

more participants at Susanne at Living to tell the Story.
Posted by Gattina at 07:00 11 comments: 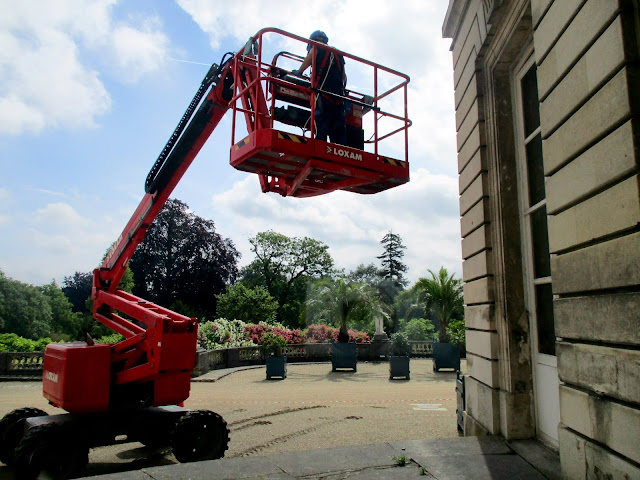 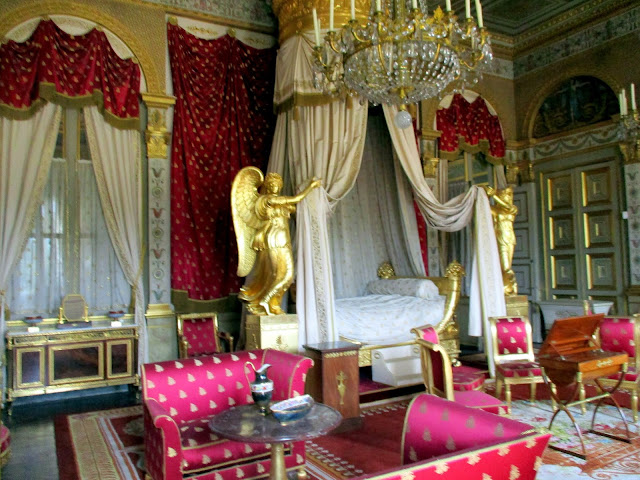 1. Summer is upon us this week in the Northern hemisphere. Tell us three things on your summer bucket list.

Visit different events here in Belgium, going a few days to Amsterdam to see my grandson and family and of course my trip around the Northern countries. Enjoying warm weather and sunshine wherever I am

2. Something fun you used to do as a kid in the summertime?

Jumping from a barn window into a huge hey "mountain" !

3. Rooftop or backyard? Why?

In the past I would have preferred my backyard, for the kids, barbecues and friends. But now I changed my mind, because there is a lot of work in a backyard. Now I would prefer a rooftop to chill out and watch what is around me ! Unfortunately I still have the backyard ! 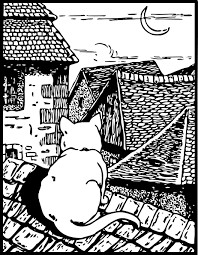 4. Do you read food labels? Place importance on them? Make an effort to find out/care about where your food comes from? 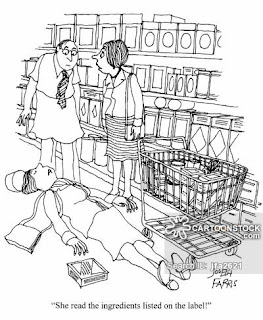 Not at all ! I have eaten so many things in my life with or without food labels, expiration dates etc, I just eat what I want and trust my taste. Anyway it seems to me a bit ridiculous, because when I am in Belgium they praise the Belgian origin and label, and when I am in Germany, the UK, Italy, France etc, everybody wants me to buy their products  because they are the best .....

5. A song you'll have on repeat this summer? 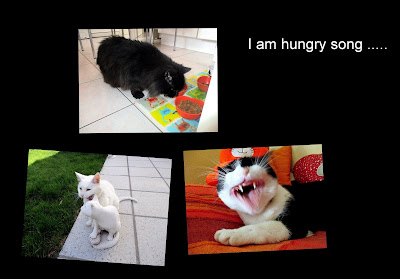 My cats when they are hungry

This afternoon I will go with my friend Nicole to the sea. It's about an hour drive but as the weather is like a roller coaster I rake my brain what to take along for 3 days !

On our senior citizen excursion we also visited the Palais of Compiègne. It was an enormous building !
Built by Louis XV and Louis XVI, and remodelled by both Napoleon I and Napoleon III, the Palais de Compiègne was a centre for court life and the exercise of power. The originality and beauty of this biggest neo-classical palace in France, alongside Versailles and Fontainebleau,  is one of the three largest royal and imperial residences in France.

The 1337 !! room palace, (I haven't counted them) originally built for Louis XV, hosted Napoléon III's dazzling hunting parties, which drew aristocrats from all around Europe.  We could see the the empress's bedroom and a ballroom lit by 15 chandeliers.

This was a rather busy weekend ! As there is no Waterloo Apero in the park anymore but now in another place, we decided to do our own Waterloo Apero, and at 5 pm we met in a Brasserie called 421. Don't ask me why it's called 421 and not 22 or another number I have no idea.

We were 4 to try to change the world and the men, for 2 hours and then I went home, only to notice that my man hadn't changed at all ! Neither the world ! 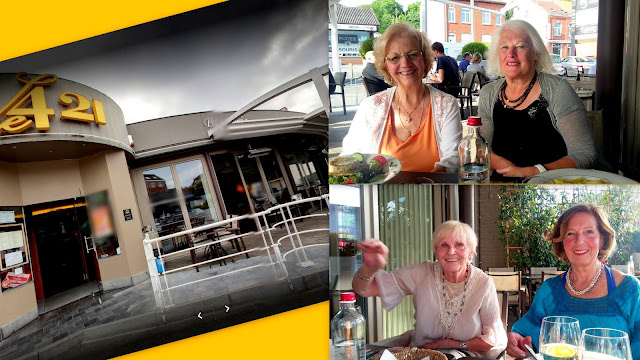 Such a little get together amongst women is always nice.

On Saturday morning we drove to Court St. Etienne where the crematorium was located in the middle of a beautiful and peaceful landscape. Mirella our painting teacher's last wish was to be incinerated here. 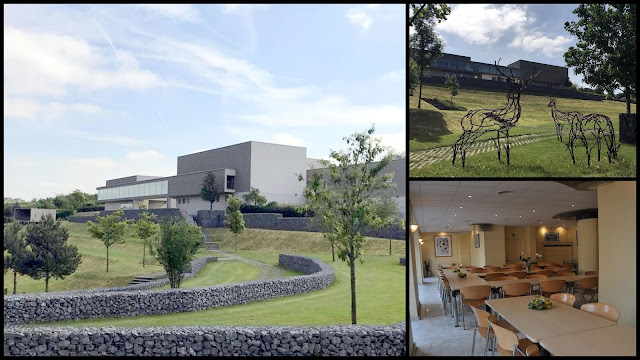 The building is very modern it was built in 2010 because more and more people want to be incinerated and the Brussels' crematorium had become too small. On the above picture you can see the crematorium and below one of the reception rooms.

There are no religion signs in the whole building, modern paintings were hanging on the walls. Nothing was sad here, to add to the sadness of the family and friends. Each rented room is decorated by the family. They have the choice between all religions or nothing. 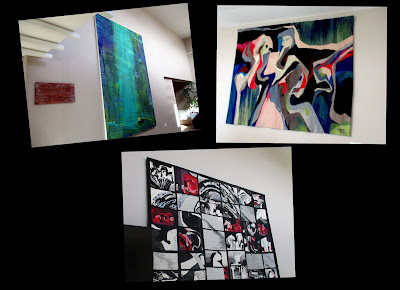 a few paintings I saw 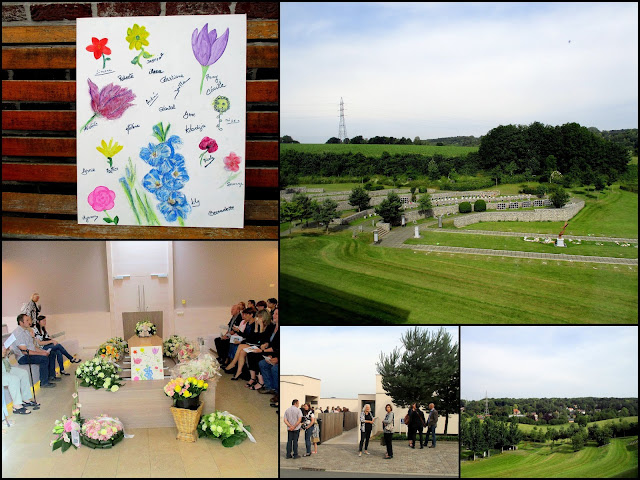 Mirella had wanted a very simple ceremony and it was fully respected by her 3 daughters. The music too was wonderful

She had chosen this song.

After coffee, sandwichs and croissants we returned home, while the family and closer friends had to wait for the ashes to be dispersed on the green fields behind. She didn't want an urn.

On Sunday there was a huge flea market in Waterloo ! 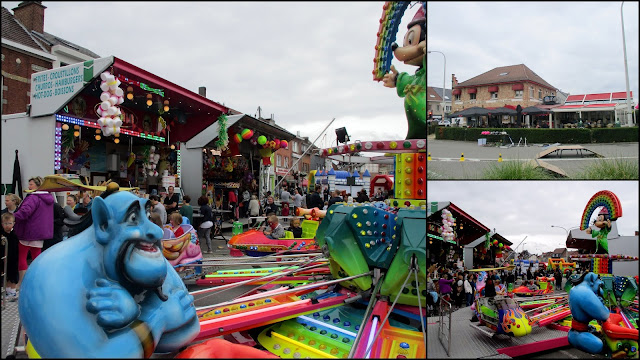 Lots of games for kids 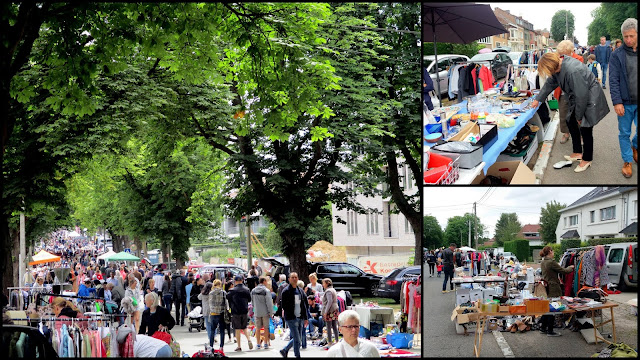 and a big crowd ! It was nice and warm and there was a lot to buy ! Nicole tried shoes, I didn't find anything. 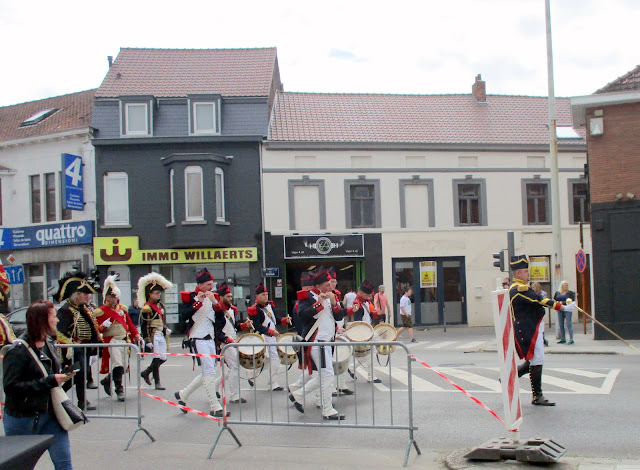 Even Napoleon's soldiers did their parade not to the flea market but up and down the street ! 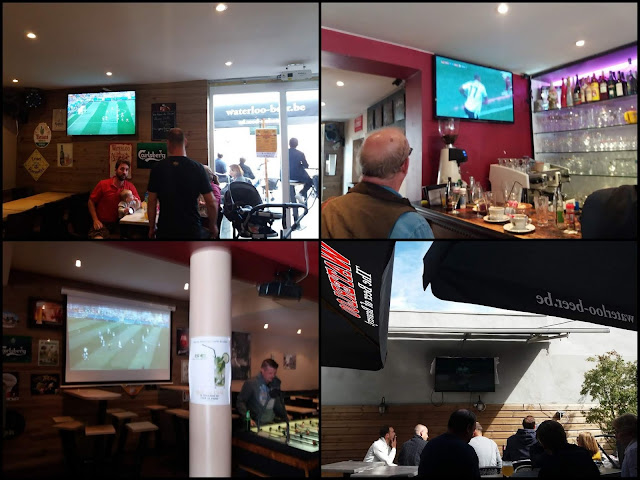 After having walked up and down the flea market, we were thirsty and went into the Café de Paris, where 4 screens were installed for the football (soccer) game, Germany against Mexico.

The whole town is in football (soccer) fever and  is decorated for the  world cup ! I have never seen so many Belgian flags not even at National Day.  The Belgian "Diables Rouges" (Red Devils) are participating  and are in Russia by now. For me it's hard to understand because neither Mr. G. or I are interested in football, but you can't escape ! It's everywhere ! The good thing is that it brings people together who usually would fight !