1.The weatherman had announced a nice and sunny Monday which meant that it was grey and not very inspiring to go out when not absolutely necessary. I had a lot of comments to answer which I did. After working on my computer I suddenly was fed up and thought I will look for children books as Toby my grandson loves books and he is coming this weekend. We had a little shop with second hand books of all kinds but it became so big, that they had to move and now it is an enormous store and nicely put in order per theme and sections. Before it was a mess and you had to go through all books to find what you wanted. Satisfied with my shopping I returned home.

2. Nicole's son had his wedding last Saturday, and she wanted to show me some pictures. I had a bone for Charlie which made him very happy, unfortunately I have to stop with bones because he gets sick ! 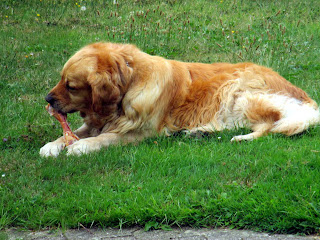 Poor Charlie, that was the last one

3.We were talking about the wedding and had a lot to laugh. Apparently it was a very funny one, not religious and lots of funny speeches and a video of their lives. Nicole who had been very reluctant to go to this wedding (it's the second one) told me that she had never had such a funny one than this !

4. Suddenly it became really hot again 28° ! We thought this might be the last real summer day, so Ilona, Nicole and I decided to go back to the lake we had been two weeks before ! 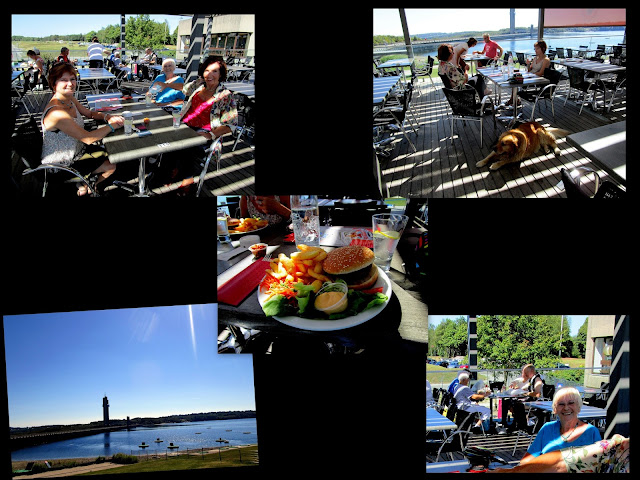 We arrived just at noon and had lunch at the lake. The hamburger we got was so huge, that Charlie had a lot of left overs to eat, which of course made him very happy ! 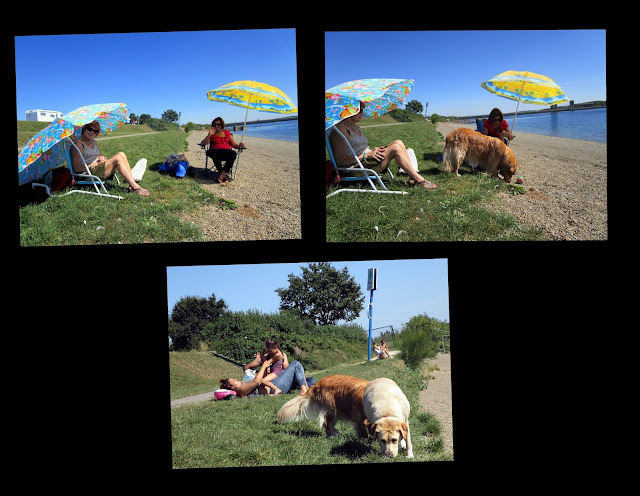 Then we sat in the sun, under our umbrellas and watched dogs and kids playing. As school had started there were not so many people there a few more late afternoon, because on Wednesdays kids have the afternoon off. 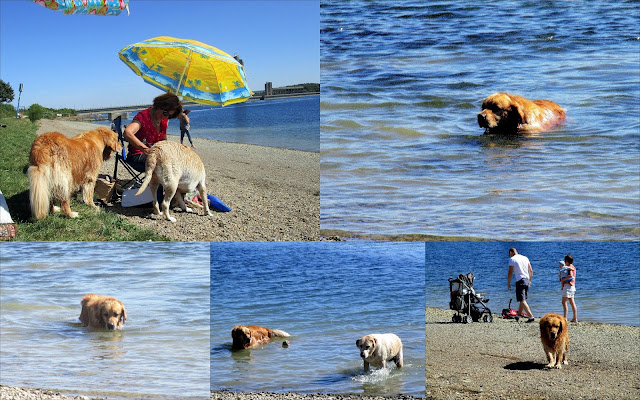 Charlie was in his element, he loves swimming and on top he had found a girlfriend, a very friendly Labrador. They always came close to us when they came out of the water and shook the water off their fur and we had a shower for free !

5. My painting class started too again and we have a few newcomers. It was very nice to see each other after 2 months, although some of us had met during the holidays. Now I am really back into normal life again ! 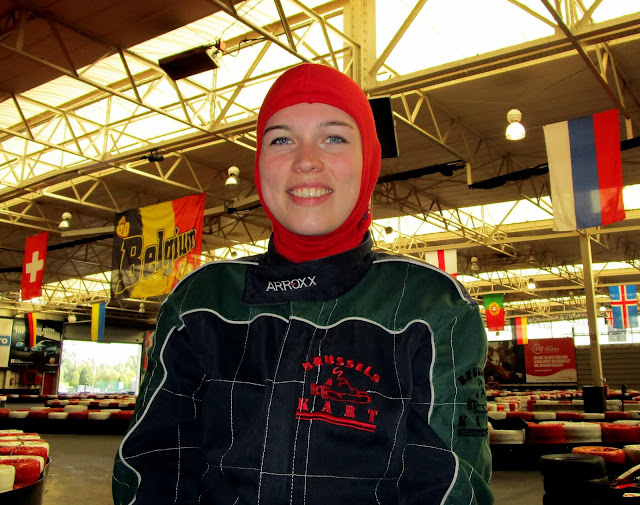 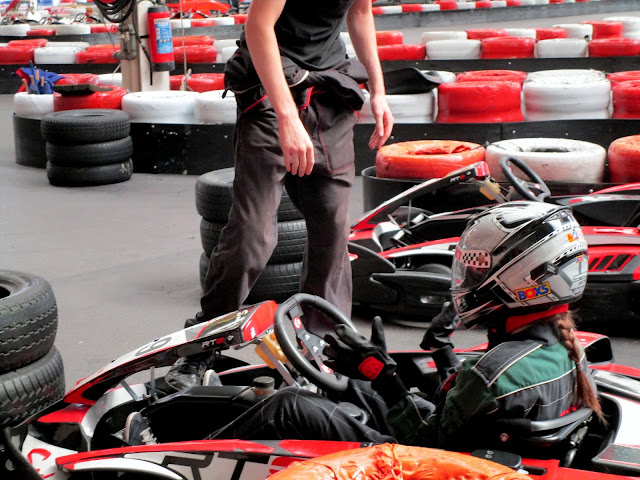 There is the Burkini and the Kartkini

After the Tattoo in Edinburgh, we returned the next day direction South and stopped at Loch Katrine which  is a 13km-long fresh water loch in the heart of Loch Lomond, in the Trossachs National Park. Read more here ...

As usual when it is nice the whole week, it rains during the weekends ! This time was no exception only the rain started late on Saturday afternoon.

Nicole and I had lunch in a little Greek restaurant, which is always very good. Charlie was happy too, because he got all the Pitta meat we didn't eat because it was too much.

Then we crossed the main street and had our coffee on a little place just in front. 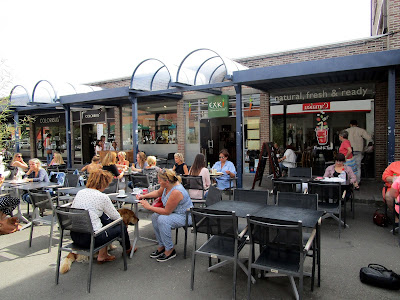 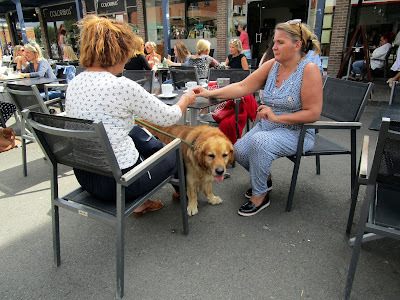 As usual when we have Charlie with us, people come and talk with us, but this time not Charlie was concerned but Nicole ! This young lady came over at our table and asked Nicole if she has back aches. Now Nicole suffers of her back since quite a while and she was very surprised and said yes. The young woman said then that she had seen it at Nicole's toes !!! I thought she was crazy. But then she explained that she studies a Chinese thing I have forgotten the name and told us what all depends on our feet ! It was really very interesting. She looked at Nicole's feet and explained what was wrong. I thought now she will give us her card and ask for a visit, but not at all, she thanked us for listening said bye bye and walked away. Nicole ran after her and asked her her phone number, she said she would give it a try. Why not if it helps. My feet showed nothing, so I have happy feet.

Sunday greeted us with buckets of water, when I opened the shutters and saw all this water I wanted to stay in bed, but I had too much to do. Our new dryer works perfectly, takes less time to dry the laundry, but still I have to fold the laundry and put it away, which I did.

I talked a bit with Toby my grandson on Skype, he had his football (soccer) outfit on because he plays now football in a little club. He also has started school, has a new teacher and some new classmates. Apparently the teacher is very nice. They will come next weekend.

The afternoon went quickly by, I had so much to do on my computer, all things I had neglected the last months. I also had to create a poster for the yearly exhibition of my painting class. So I did some trials.

All in all a very lazy Sunday ! 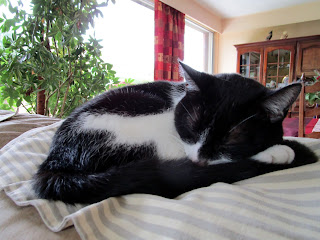