1. I got a telephone call from the Belgian TV, asking me if they could come and film our fancy internet connection for a special TV show called : "We are not pigeons!"(On est pas des pigeons)It is a daily consumer magazine, broadcast on the Belgian TV RTBF. It shows all kind of cases where the client waits for ages for a service, or malfunctions in administrations, etc. They proposed to come next week with cameramen etc to interview us ! Of course I agreed. It's now since November that we wait that this problem will be solved, and now my patience is finished. On our Facebook meeting, I had told the story to our mayor, but apparently she didn't believe me or she didn't listen properly, I didn't want to insist, because it was a friendly Facebook meeting and not the right place or time for complaints. 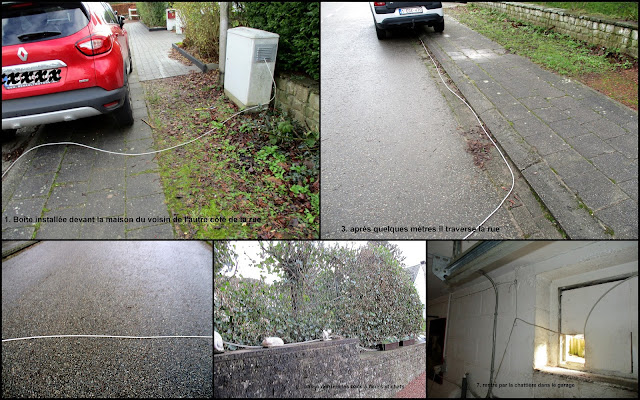 The cable goes from our neighbor along the sidewalk, crosses the street, goes along the little wall anf finally ends through the cat flap in our garage. It had to be replaced already 3 times because the cars drive over it and it broke. Fortunately our internet works even with this temporary solution.

2. As usual I lost at our weekly scrabble game, we were only 4 then 3, because one had toothaches and had to go to the dentist and the other had to leave earlier because she expected her granddaughter. But still we had a nice time.

3.
The sales are ending now at the end of the month so you can get up to 70%  price reduction. As usual it rained so I went to the shopping mall, where all shops are we have along the streets in Waterloo, only it's warm and dry in there. 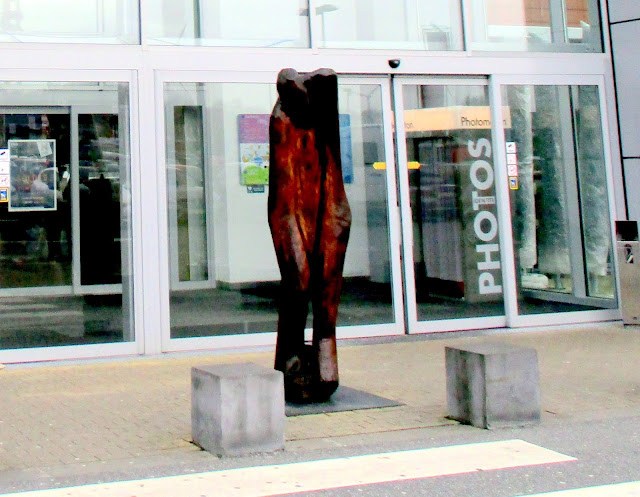 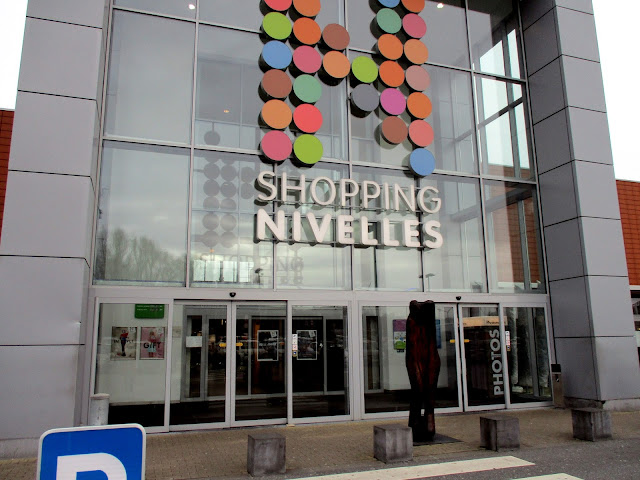 I noticed a new wooden statue at the entrance, but have no idea what it represents. Maybe a couple.

4. In my painting class the lady who decorates the room, had taken off the Christmas stuff and had started a new motif "Oriental" I found it very beautiful, she is very creative ! I continued the painting of cat Arthur, I want to offer it to my grandson, because he loves Arthur despite his cat allergy ! 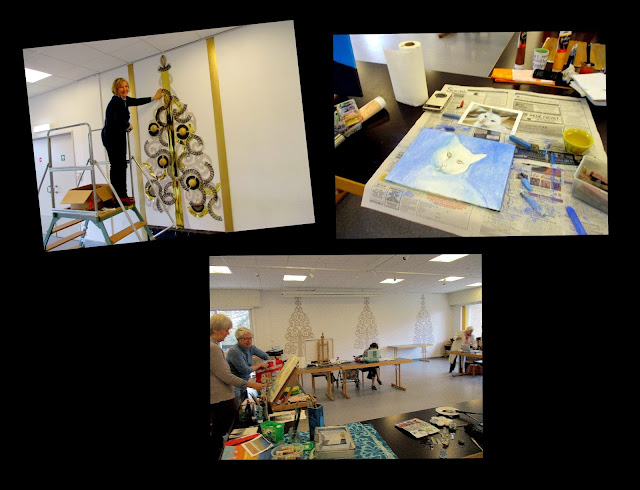 5.After the painting class we went for lunch to an Asiatic restaurant, and then separated. I needed not comfort food, but something else and as there is the sale of the sale I bought a cardigan and a long blouse. 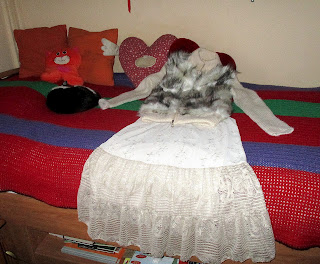 It looks very pretty and was so cheap ! It was really worthwhile to wait for the end of the Sales. The next official Sale will be end of July ! 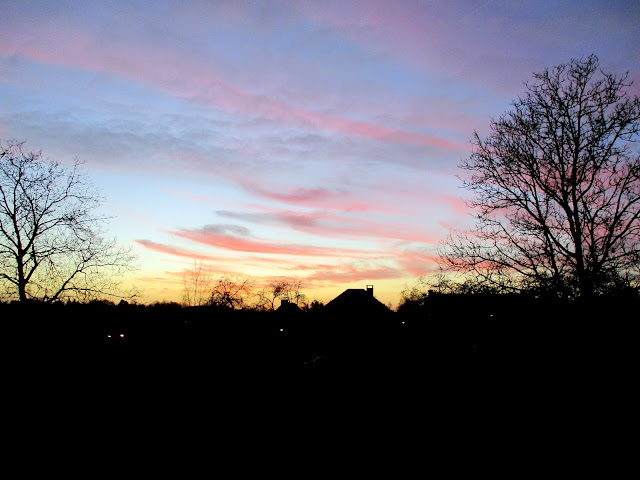 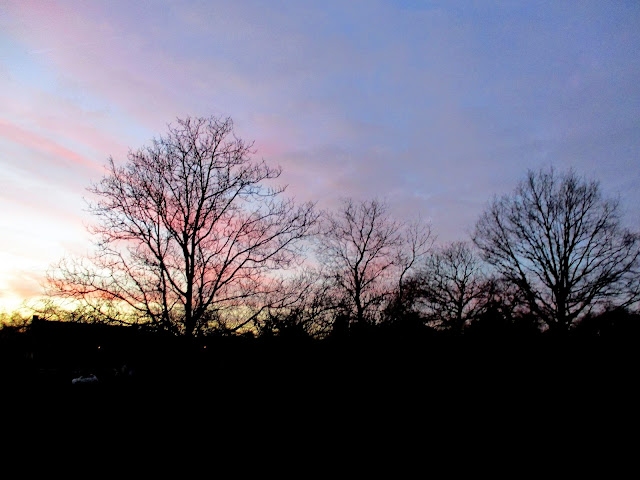 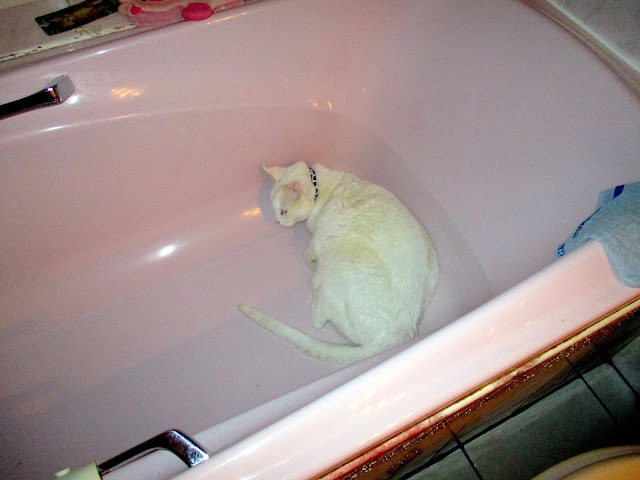 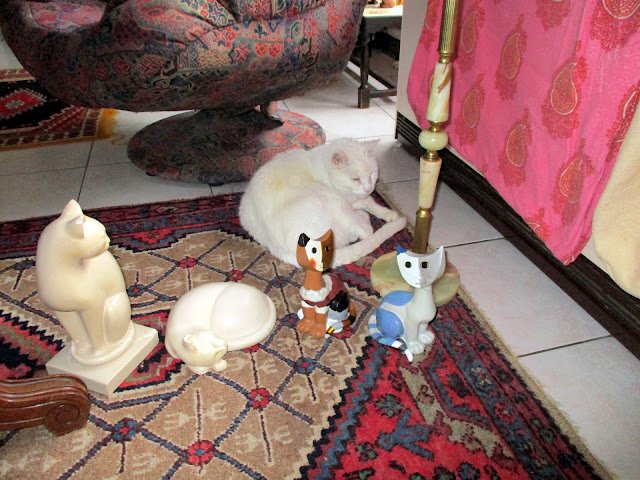 Sleeping in the wet bathtub and then drying in front of the radiator !


1. January 24th is National Compliment Day. Is it easy or not so easy for you to accept a compliment? Share a recent compliment you've given or received.

It is not a question of easy or not easy, I am just happy if somebody makes me a compliment. I am certainly not fishing for compliments. I don't remember when I got a compliment. It's nice but not important. 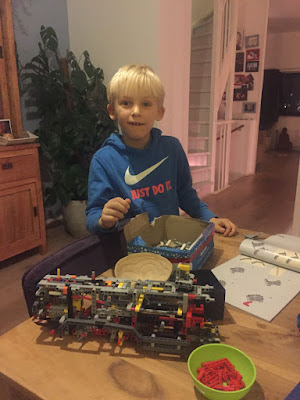 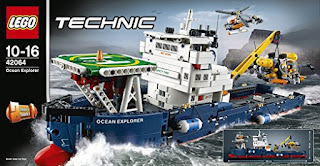 I made a compliment to my grandson because with his 7 years he had built this Lego Techno ship  all alone !

To be honest right now I love nothing except my cup of coffee, because I just got up. I rather have 10 little things which I don't like right now, the weather, making the beds, decide what to dress, clean a cat vomit on a rug,  making a shopping list, collect cat hairs, thinking of all what should be done, and that's it for the moment. There is not even a bird chirp to enjoy !

3. Would people describe you as a positive person? Do you see yourself that way? I read here a list/description of eight things positive people do differently-

Positive people find something to look forward to every day, they celebrate the small stuff, they're kind, they stay busy, accept responsibility for their actions, forgive themselves, know when to move on, and resist comparisons 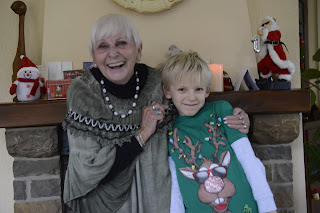 I am certainly a positive person I always look at the bright side of life. I stay busy, I love travelling, I need every day something new.

4. Homemade chicken soup, beef stew, or a bowl of chili...what's your pleasure on a cold winter's day?

Certainly not that kind of food, I would rather read a book or watch TV or visit a friend and sit in front of the open fire

Difficult to say for the moment I prefer afternoons in summer I also like the mornings. In fact it depends how I get up with the left or the right foot, which means in a bad mood, or full of energy ! 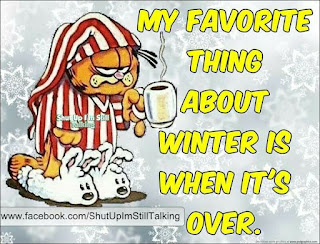 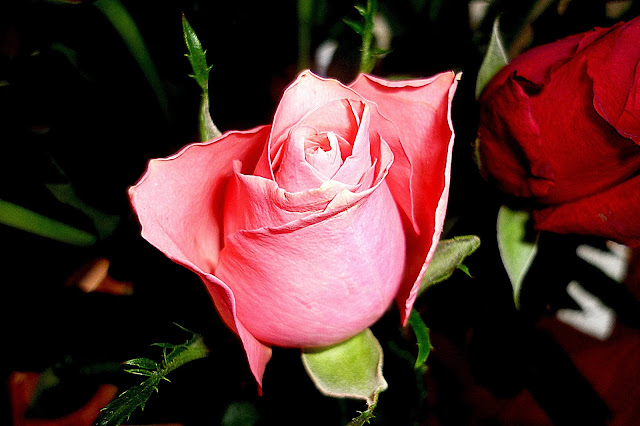 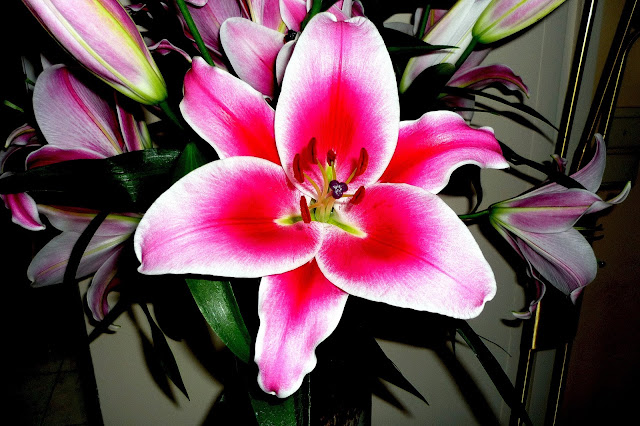 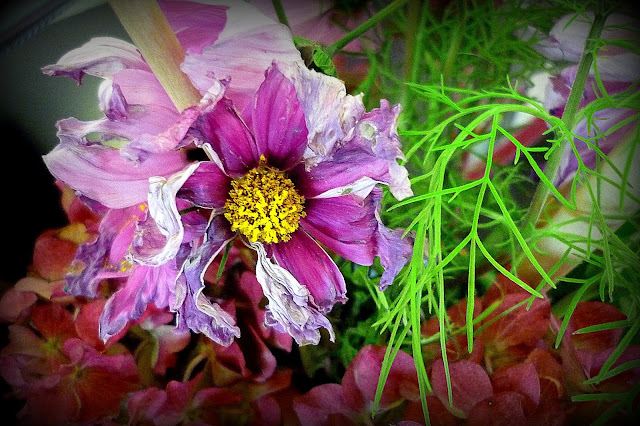 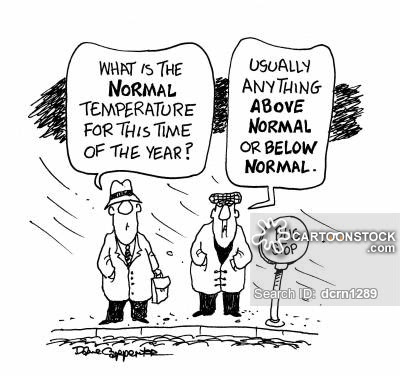 Plus the rain and wind it's true ! Fortunately I had some nice activities over the weekend. 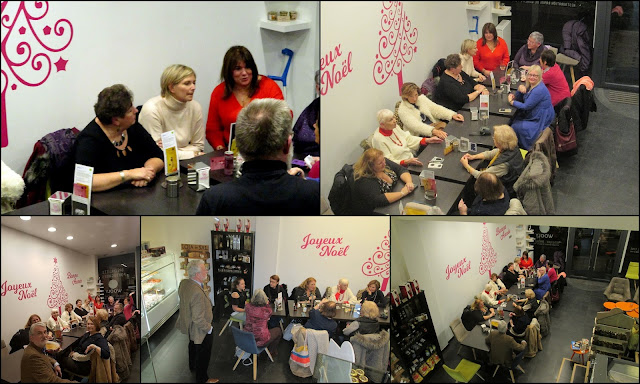 We had our very first Facebook meeting of our group "Living in Waterloo" (vivre à Waterloo) and even our mayor was present (on the first picture above left, the handsome blond girl in the middle). It was great fun to see each other life and we talked about everything going on in Waterloo.

During the day there was not much to do as the usual things in the household.

The next day the city had organized a "Gospel" concert. We were all very keen to go and finally we were 5. 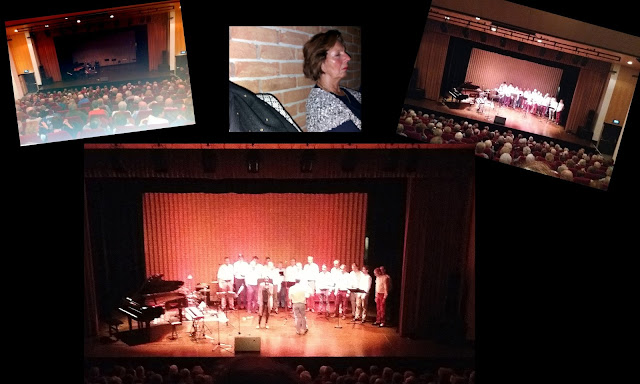 The concert was a catastrophe we were expecting a group of black singers as it should be, but it was a white group who moved like brooms and had not the special voice of a real gospel singer.

The leader of the choir started with explaining the origin of Gospel and I don't know from where he got this story, but most of it was absolutely wrong.

Besides there were not all gospel songs or only one or two. Amongst Jazz songs,  they even sang "Amazing Grace" in a "Gospel concert", which  has nothing to do with Gospel. Most of the people didn't know what it was, as they hardly know their own country's anthem. Fortunately in a few songs was a black female singer, and she was absolutely great, she killed the whole choir with her powerful voice. Nicole fell asleep, didn't even wake up when I took the picture with a flash, only when the black singer started she woke up ! Of course we all laughed. We were happy when the concert was over !

To recover we went in our newly discovered Tea room (see post below) and I ordered cream tea. I was so curious how they would present it as you can't find clotted cream here. When my friends saw what I got, they wanted to try they had never eaten a scone so we all had cream tea.

Despite that the cream was not clotted the scone was freshly baked and still a bit warm, the blueberry jam was homemade and both delicious and to replace the clotted cream the cook had added a bit of lemon juice to the whipped cream and it really tasted very good. Now they all decided that we would always have our cream tea when we are going there.

My friend Monique  had sent me these photos taken in the tea room and had added :

And she is absolutely right !
Posted by Gattina at 07:00 5 comments: