The weather continued to contest the weathermen's forecast and we had a bit of sunshine, a bit of clouds, but no rain. The elevator was still out of work and I really didn't have the courage to go down ! I decided in view of the next day's excursion to the sea to transform myself into a couch potato and joined Rosie who sleeps the whole day and jumps and plays and flies through the apartment sometimes landing on my belly,  of course during night.

The next day I had to get up at 6 am which is a criminal time for a retired vintage lady ! I drank two cups of coffee, picked up my neighbor and we drove to the place where the bus should pick us up. Fortunately she payed more attention than I did and the bus was there, waiting for us and we waiting for it !! It was a little bus with 16 seats, and not the usual big one and that because people had cancelled because of the dramatic weatherforecast of our weatherman, again heavy rains, thunderstorms and cool weather at the coast. When we arrived it was much warmer than in Waterloo, the sun was shining and we strolled through the market. I bought some bermudas for Mr. G. and trousers for me and then we sat at the sea in a nice restaurant and had a very good meal, shrimp croquettes, salad and of course the good Belgian (and not) French fries. We spent a real nice day at the coast and had only a few raindrops.

From all that walking we are not used anymore due to the lockdown my legs hurt, but I had to go down the steps for my doctor appointment. The worst was that I had nothing, everything was Ok except me ! She told me that I feel so exhausted because of the 5 months of stress I had behind me, that I should rest and have fun !! That's a nice prescription. Then again I had to go to the health insurance because this time they had sent me a letter refusing the reimbursement of a doctor's invoice, they had sent it by snail mail and it took two weeks until it arrived ! Meanwhile they had reimbursed me ! Of course I didn't contest. When I came home I couldn't believe my eyes ..... the elevator was repaired. My neighbor and I had left our shopping bags besides my car in the garage so that her son could carry them upstairs. So we picked up our bags and relieved took the elevator I only hoped it wouldn't get stuck now in the middle of two floors. But it didn't ! For a day I wanted to do nothing, I had my share ! I looked at Rosie and decided to do like her but on the sofa and not in a basket. 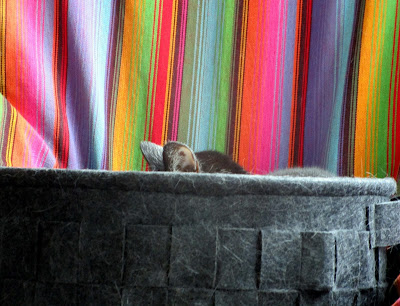 The week ended with the coming back of Maria my cleaning women ! She had been in Poland to see her family and was fed up of the heat! Apparently the temperature climbed  to 34°C per day  a real July weather while we here will need the heating on soon !

As it was our weekly restaurant day, this time we landed  in Turkey and had an enormous plate with gyros, salad and of course Belgian fries ! After that we visited Mr. G. Unfortunately he had a bad day and it was difficult to have a coherent conversation with him. Everything was bad  ! We didn't stay long and let him complain to whoever wanted to listen.

I was so tired when I came home, that I fell asleep while typing this post and when I woke up I saw ; Rosie too is tired

more participants at Susanne at Living to tell the Story.
Posted by Gattina at 07:00 7 comments:

1. Four words that tell us something about your July?

2. Four of your favorite summer foods?

3. What were you doing at a quarter past four yesterday?

I was sitting in a little tourist train and made a tour around the coastal city Blankenberg ! 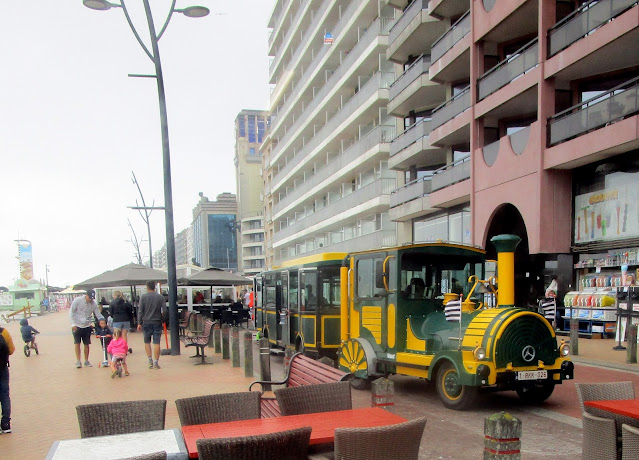 4. fore!, four letter word, four sheets to the wind, ten-four, 24/7, four eyes, these four walls....pick a 'four' phrase and tell us how you relate currently.

I choose "four eyes", because none of the other fours fit on me ! But since I was 12 I had four eyes but only to wear in the school because I had difficulties to read on the school board. But I don't remember that somebody called me four eyes, anyway that wouldn't have bothered me four eyes are better than only one ! And I was not a girl to be bullied !

5. Something you own that is four years old 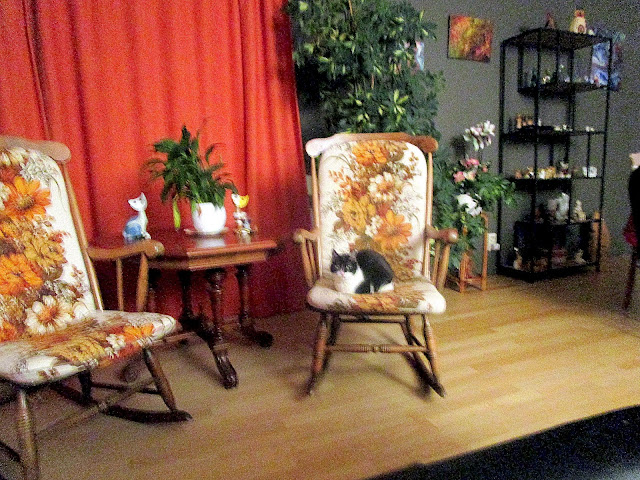 The two cats on the table

We were 2 weeks without a lift and had to carry the shopping up four floors (fits to the hodgepodge)  and the garbadge down ! This occupied my mind the whole morning ! Finally I took the phone and called the company.  In less than an hour I could take my random thought out ! The elevator was repaired ! So why didn't I call earlier ? Just because I thought the owners had done it ! 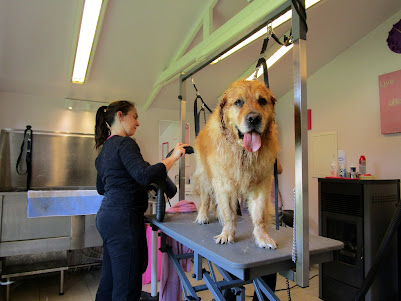 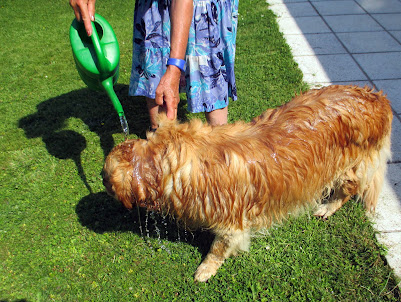 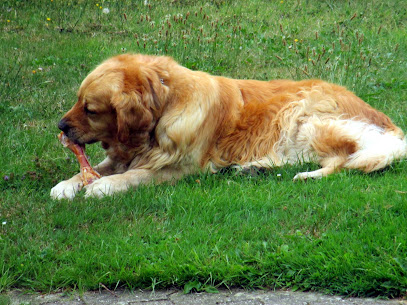 I never get a treat when I take a shower ! 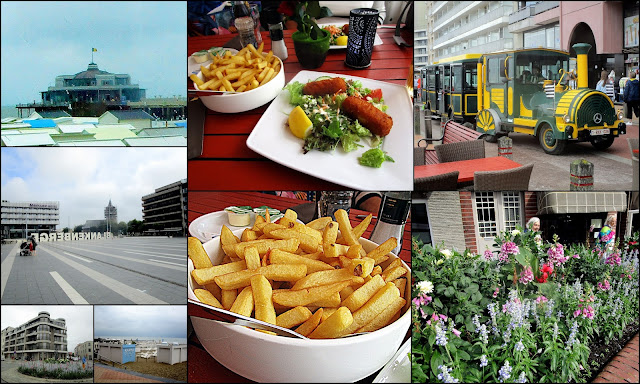 I just came back from my second one day "post Corona virus" excursion and it's too late to write a post for you. So I just give a little overview and next week I will write a detailed post. 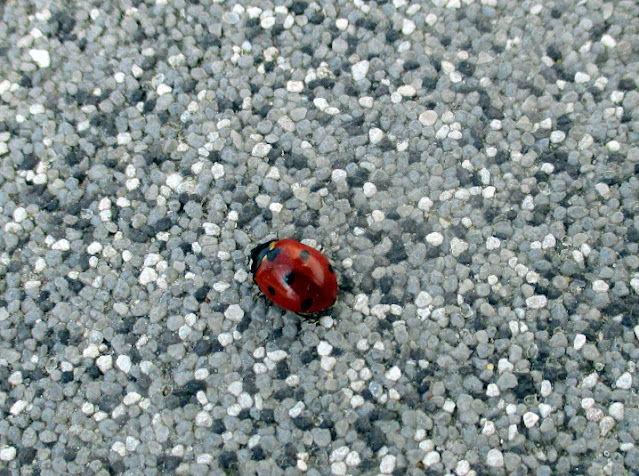 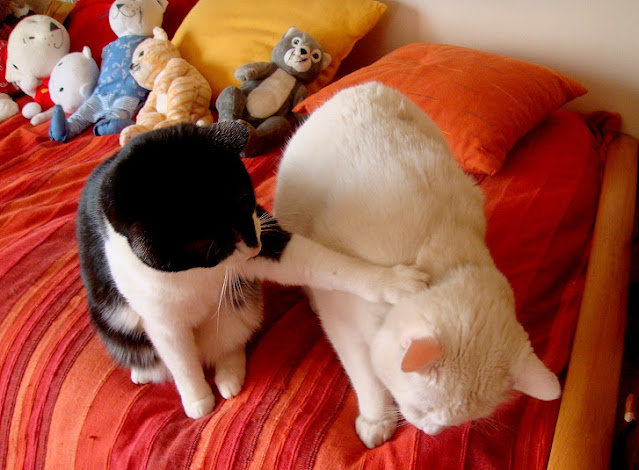 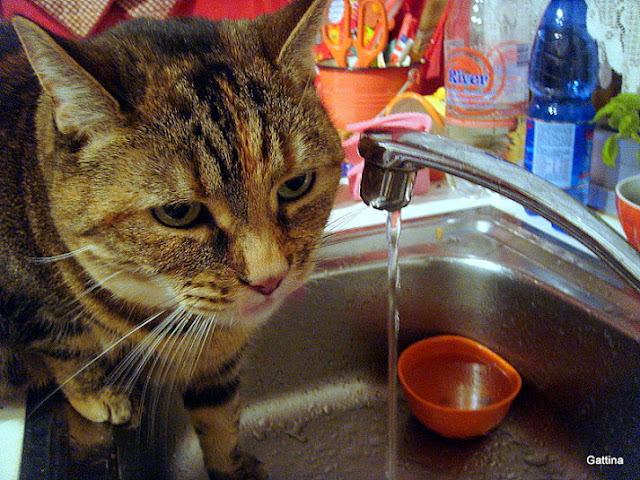 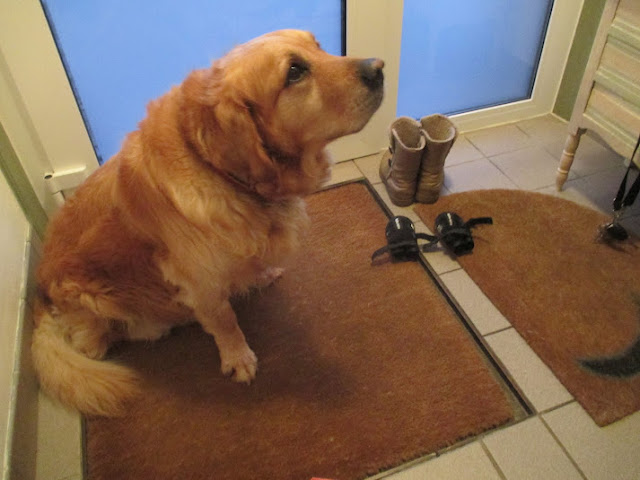 As the week had been quite busy, I thought I wouldn't move at all on Saturday. Anyway the weatherman had announced the worst weather dramas for us, thunderstorms, heavy rain, hail etc in short a weather either to sit in front of the television or to hide under the bed covers. Of course the sun was shining and not a single raindrop fell, and there was no hail in the night.

My neighbor asked me if I needed anything. She wanted to go shopping.Very kind of her especially that we still have our elevator out of work ! I am sure from all this climbing up and down I shortened a few cm. Finally at 3pm she still hadn't the courage to go down and we decided instead of buying food we would go in a shop which sells everything from furniture to nails for very cheap prices. We picked up Nicole and decided only to walk around and have a look and buy nothing. The result was that my trunk was full and one back seat too. I suddenly needed little things for Mr. G's room, like table sets and a steak knife and even a little bouquet of lovely fake orchids.

And because of the weatherman's mistake my friend who had invited her family for the birthday of her granddaughter had dressed a table inside but when the sun didn't stop shining she carried the table outside on her terrace ! A lot of work for 8 people ! I still trust more Miss Rosie the cat, she hasn't washed her ears !

On Sunday my son came for a flying visit, just to carry my garbadge down the four floors, swallow two hamburgers, had bought me appels which I had asked for, collected the clean laundry for his Dad, and disappeared again. I thought I could drop dead here he wouldn't even realize, a mother is not allowed to feel unwell and need a doctor !

That was my weekend and I am still waiting  for the world's end, but the sun is still shining ! In the News it was again the disaster in the South of Belgium ! We are really lucky to live in an area where no water is in view not even a little creek.