This year I make an exception and make resolutions for 2010. I never had made resolutions, because I don't keep them anyway, but these once are special

1. I will always replace the gas nozzle before driving away from the pump. Happened twice to me and I was wondering why people waved at me like they were escaped from a madhouse

2. I will always take toilet paper with me, sometimes it's missing in public toilets. I wonder if people take the roll with them due to the actual economical crisis.

3. I will avoid to talk about global warming, because it snows now in winter and it is warm in summer. (what we didn't have before global warming)

4. I will not stop smoking my 10-12 cigarettes per day, even if the whole world is concerned about my health

5. I will always appreciate emails like "VIAGRA Best Supplier for Gattina's personal 80 % off" ! (Please jump on this opportunity)

6. I will accept with pleasure the offer to put a total of " US $ 5million through diplomatic means" in my bank account from a caring Mr Mallam Alhad 32 Rue Avenue du Independence Ouagadougou, Burkina Faso (please note that it is either Rue or Av. de l'Indépendance, poor guy has money but can't write correctly) BTW do you kow Ouagadougou ?? Maybe it's a nice place to live !

10. I will accept the 3 weeks Bahama cruise all included I won, without playing

11. I will accept the 1000 $ Wallmart gift card, the only trouble is Walmart hasn't implanted itself in Europe yet. Poor Walmart has to wait until I get to the States

12. I will accept the 1 million £ I won in the British Lottery without playing, miracles happen !

A big THANK YOU to a certain Mr. リア友 who honors my post with doubtful dirty comments in chinese, which I unfortunately don't understand. Sorry Mr. リア友 you should choose posts in chinese and make chinese speaking girls happy !

PS. If you need money just write ! I have more then enough now !

MY WORLD - Malmedy at Christmas

I am your host today. As Christmas is just behind us, and New Year ahead, I thought I make it short and easy, and here is my proposition :

Take a picture of one Christmas ornament which you love the most, explain why, and if you don't have any explanations it's also OK. For those who haven't celebrated Christmas, just take a picture of something else you love as decoration.

If you are not at home, just show us the ornament or decoration you like the most at your hosts place.

We didn't spend Christmas at home and therefore had a real little Christmas tree for which I had to buy also little ornaments. The once I had were far too big.

and one of these little angels, which I found so cute. They are together with golden lttle balls and hearts

and there I loved the most the illuminated icicles.

The host for next week January 4 is Mariposa who kindly will devote herself again !

I am your host for Monday Dec 28. As Christmas is just behind us, and New Year ahead, I thought I make it short and easy.

If you are not at home, just show us the ornament or decoration you like the most at your hosts place.

the dog he "babysitted" while his owner was on Christmas holidays,

In this very old farmhouse which dates from 18 hundred something, there was still this old stove besides the central heating, and it made the room warm and cosy.

and we had a delicious meal which our son prepared, during the two days we stayed there. He is a hobby cook.
Posted by Gattina at 06:00 12 comments:

This is nothing about Christmas yet, because we are celebrating Christmas with out son and we drive home today.

But this happened to me last week.

Mr. G. loves to read, but only in his bed. So he retired at 8 pm to read his new book and I took the opportunity to look for a romantic film or something other than action movies or crime stories.

I don't know how many TV channels we have Belgium but far over 100 certainly and I really was convinced to find something. I had quite some choice as I could watch in german, french, english, and even the dutch/flemish channels as they are mostly subtitled in English. While I ate my apple slices, I started to zap.

First France, a stupid talk show with a guy who took himself for the belly bottom of the world and found himself very charming. I got bored and changed.

I just dropped in the middle of a CSI series where they were busy to find out what the victim had eaten, so they had opened its stomac with tweezers, showing some close ups of the stomac content, a disgusting dark colored mass which looked like vomit.

I looked at my apple slices and changed quickly. Next was a similar movie, where the pathologist was just busy to fumble in raw meat looking for a lost bullet while the blood dropped from the table.

Next was a scene of a couple who kissed themselves with passion and I thought I had found my romantic film, but then, suddenly, behind her back he had a string in his hand and what did he do ? While kissing her he strangled her ! Isn't that romantic ? She dropped slowly to the floor with big astonished looking eyes and died.

This was definitely no romance, I switched to the next chanel. This time it was something very interesting for me, a Golf game ! An old bold big bellied guy stand there like a statue, with his club in one hand and looked concentrated on a hole as if a mouse or a mole would come out. After a while, nobody came out of the hole and I didn't follow this thrilling event further so I zapped again.

Now I got the news. Some arabs with their checkered kitchen towel on their heads and some soldiers in their camouflage uniform, and big guns in their hands were discussing about I don't know what ! Nothing for me, I am a peaceful person.

Slowly I lost patience, still no love story. This time I saw a black dressed person with a mask jumping out of a bush and on a peacefully walking women, a blade was glittering in the moonshine (this was romantic, I mean the moonshine) and ....stabbed her in the chest ! I didn't wait for the blood streaming out, and quickly changed again. It became better. It was a a scientific explanation about spiders, beatles, worms and other disgusting critters, so I switched immediately to another channel, before the long haired spider was crawling over the screen.

After car accidents, floods, fire, bombings, bank attacks and other catastrophies du to global warming, I finally gave up ! there was nothing, but absolutely nothing on TV and I wondered why did we pay for it?

In the hope to find something amongs the new CDs what did I find ? CDs of my son, full of science fiction, action and other stuff of no interest to me. Offended, I switched off the TV and also went reading in my bed ..... a crime story.

Actually I am not at home and haven't seen my Christmas gifts yet. So this will be for next week.

But I always have some cats to show out of my collection of more than 450 cats (latest cat census of Mr. G, a very busy retired man !) 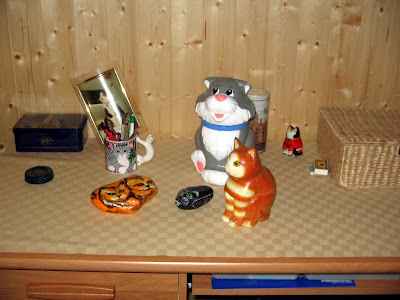 A cat "piggy" bank and a pebble I transformed myself to cats. 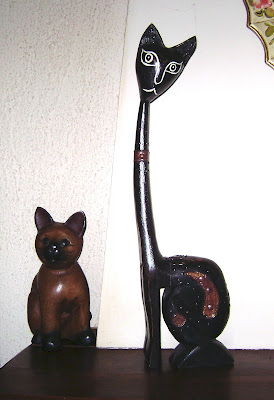 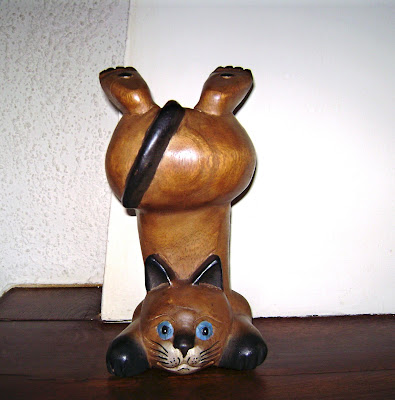 and some wooden cats 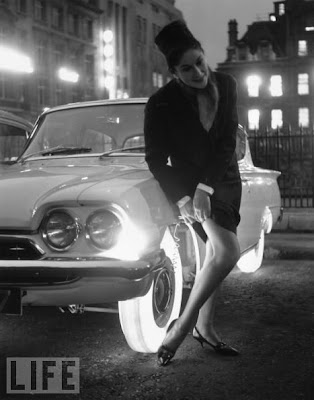 illuminated tyres to fix your stockings

Alarm clock will wake up even the heaviest of sleepers.When the alarm is triggered part of the alarm will fly and land at some random location in your room. Only when the piece is placed back on the stationary alarm piece will the alarm cease. 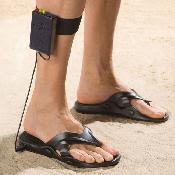 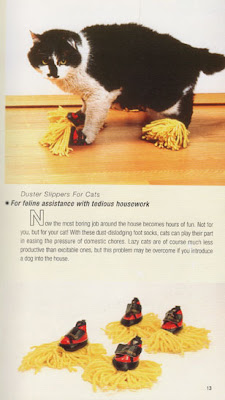 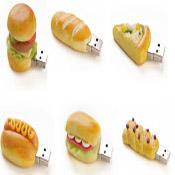 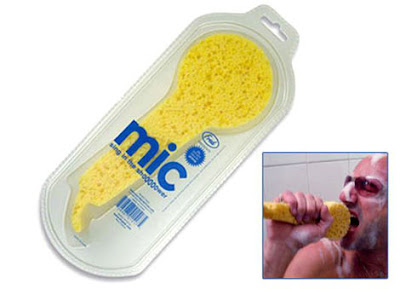 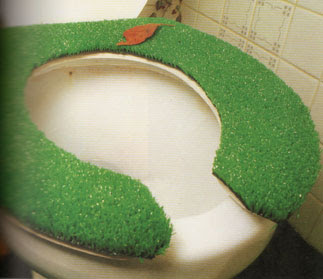 Do you want to keep your bottom cool in summer ? Here is an office chair with incorporated ventilator. That should do it. Connectable to USB plug

This is absolutely great ! No stinky odor any more, here is a parfum distributor of course connectable to your USB plug, the only thing you have to do is choosing a perfum you like for your office.

Arriving late in the office ? No problem. Adaptable tray on your keyboard, leaves your hands free for typing and having your breakfast at the same time. No crumps or coffee on your desk !

For the moment this rasor model connectable to USB is only available for men. You only have to charge it for 3 hours and then it's ready for a good shave before the meeting starts. Of course women can use it too.

This is a mouse cover for the night. You can not miss it, elegant and it fits on almost all usual models. Very nice for night blind people.

this indeed makes me wordless ! Can't believe it.
Posted by Gattina at 06:00 13 comments: