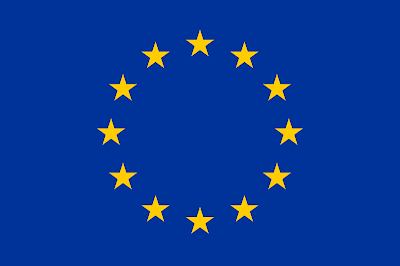 This flag represents only 63 years of peace in Europe. I am 65.

The search of an European symbol began in 1950 when a European committee looked into the question of a European flag and finally decided on this one, a constellation of stars, it was unveiled in 1958 World Expo in Brussels.

The European countries after centuries of wars against each other had finally understood that it was much better to live in peace together.

To come to this conclusion first over 70 million people, the majority of them civilians, had to be killed in World War II, making it the deadliest conflict in human history.

Wherever there is still war in the world, my only wish is that those countries start to negotiate instead of killing each other. 70 million human lives are a lot to pay for peace !

Join the Blog Blast For Peace here at Mimi's Blog
Posted by Gattina at 05:00