THE HIGHLANDS AND LOCH NESS 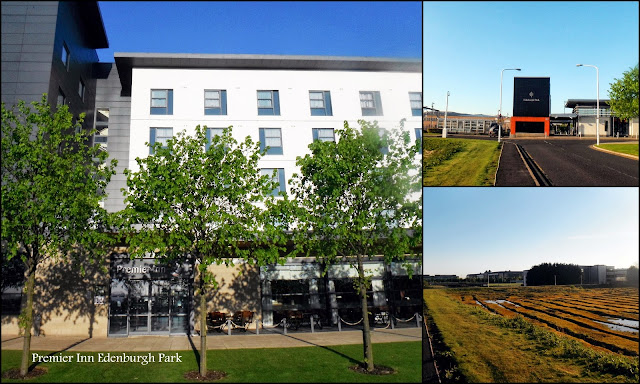 Our hotel in Edinburgh

We left Edinburgh at 7.30 am direction Loch Ness. If anybody would ever have told me that I would get a sunburn at Loch Nesss I would have thought he is crazy. But I did ! Tonight I have a red face ! 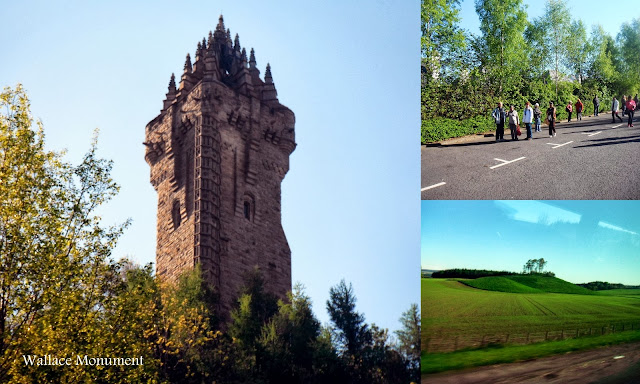 We drove through the beautiful Scottish Highlands, stopped at the Wallace Monument, who I guess was Braveheart. I had never seen this movie, but they played it in the bus. I preferred to look out of the window and see the landscape life. Anyway my poor head is unable to keep the history of all places we visit in mind, so I prefer to do a short resumé of my roundtrip and write about history dates and wars later when I have looked it up. 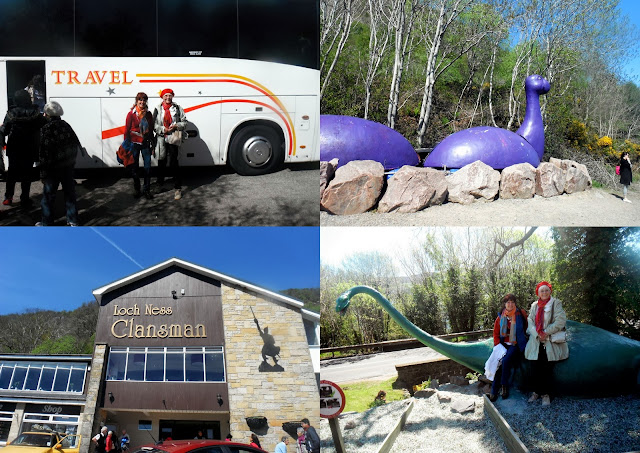 When we arrived at Loch Ness, the sun was shining as payed for and it was warm ! 15° C and of course in the sun even more. We made a cruise on the Loch but besides some people who looked like monsters I haven't seen Nessie ! The sun was probably shining too much, and he prefers misty and cold weather to scare people. 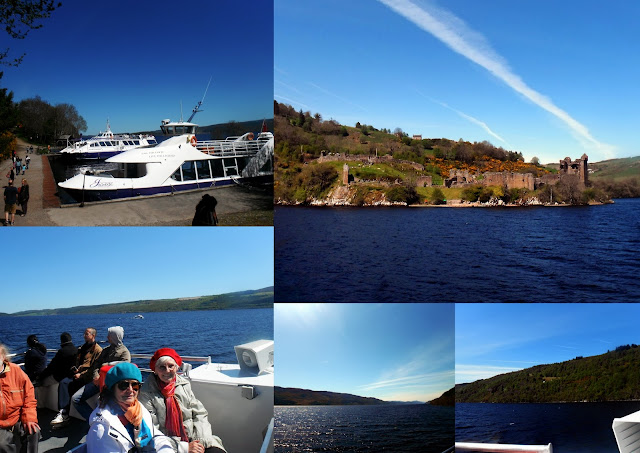 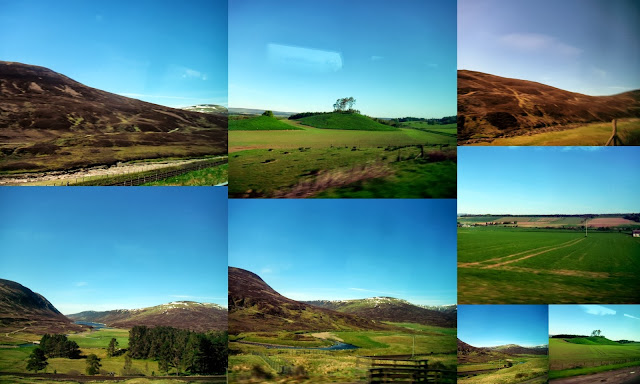 The cruise lasted one hour and was wonderful. What beautiful views !!

Then we continued through the Scottish Highlands and admired the stunning landscapes. I have already seen quiet a lot of beautiful landscapes but this one was really special 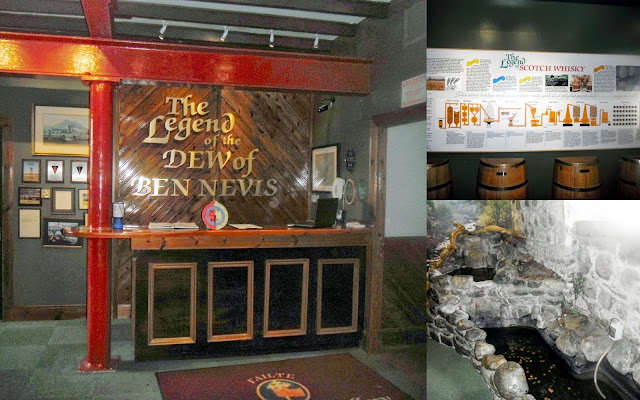 We stopped at a Whisky  distillery and had to listen to the explanations, 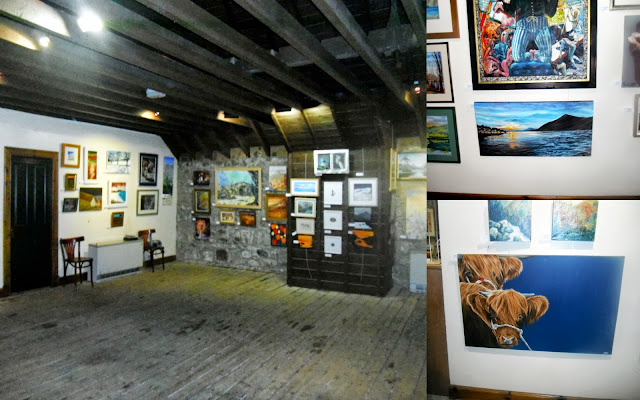 I wasn't interested at all and visited insteat the Art Exposition of local painters just besides the distillery. Which I found far more interesting. My travel companions didn't come out singing and stumbling, but a little disappointed, because instead of a glass of Whisky they had gotten only a few drops.
We then continued our way again through the Highlands and arrived in a little town  called Callander, where we slept in this kind of castle. 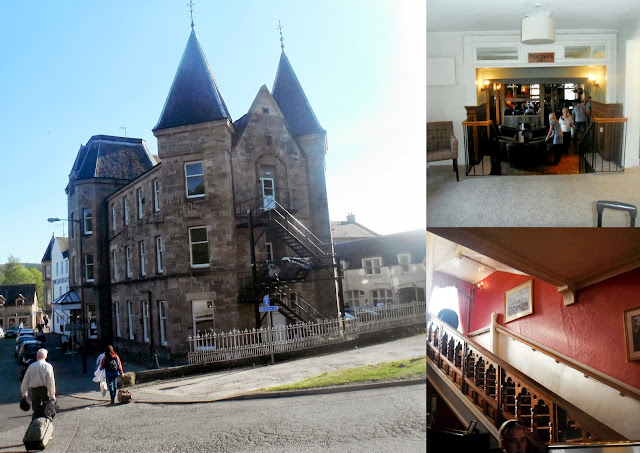 It was very romantic and beautiful, but the lift got stuck, we had to carry our luggage to the 2nd floor, the water of the shower was or burning or too cold and impossible to mix. The handle broke when I tried to get out of the bath although I don't have the weight of an elephant. But the supper was excellent and the grilled salmon so fresh that it almost jumped off my plate.

Unfortunately old hotels are romantic but not practical and it had no Internet connection at all !

After a rather strange breakfast with only jam, toast and porridge (the British cooked breakfast arrived when almost everybody had finished) We climbed in our bus again and as we have now to change our places, it was a battle to get one, as some of the people just throw a coat on the seats and then went off to I don't know where before taking their seats !

Then started a very long drive through the end of the Highlands and then after a stop in a little charming town we arrived in Liverpool.

I'll write about it later, because now we are off to visit Liverpool and follow the Beatles traces !

You are so lucky to see the loch in such excellent weather, usually it is very misty and so you can't see those magnificent views. That hotel sounds a nightmare all you needed was a ghost to wander through your room.

You are seeing such beauty and thank you for sharing it here. The Wallace memorial for the great hero, and that hotel/castle looks nice, even with the faults you mentioned. Fresh salmon, yummy.

Nessie is a he? Never thought about it but always thought of Nessie as a she. Someone else's blog I read got sunburnt in England too.

Exciting trip, lucky you with sunshine in England!!

Beautiful scenery, wish I was there. I love Scotland. Careful of that sunburn.

I guess from now on I must always wear sunscreen and a hat. No more red faces for this girl!