When a young man complained to me that his girlfriend hasn't worn any underwear in her garden when it was hot, and he asked me if this is "normal" I thought he is rather old fashioned, although he could be my son by far ! Anyway this made me curious and I wanted to know since when people used to wear underwear, because my ancestors ran around in furs and I think they were naked underneath. But apparently they wore a loincloth which is the simplest form of underwear and was probably the first undergarment worn by human beings. 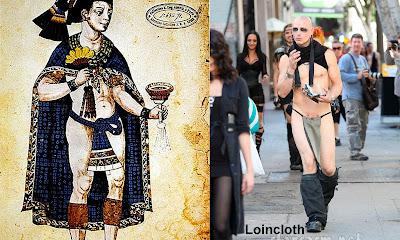 In warmer climates the loincloth was often the only clothing worn and was an outer garment rather than an undergarment,  but in colder regions the loincloth often formed the basis of a person's clothing and was covered by other garments. Anyway in most ancient civilizations, this was the only undergarment available. It must have been worn by both sexes, because I couldn't find any female underwear. Apparently women wore nothing special, or maybe the chastity belt when their men went on crusades. 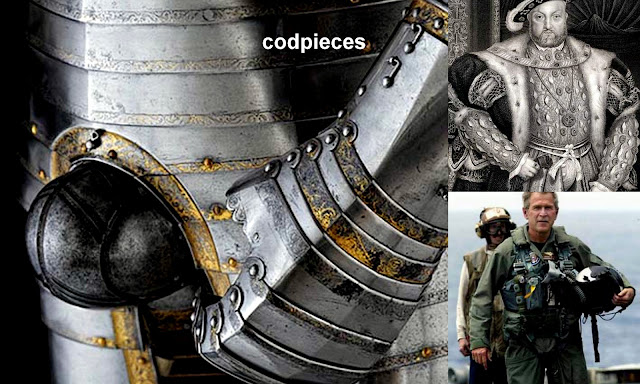 By the time of the Renaissance, braies had become shorter they were usually fitted with a front flap that was buttoned or tied closed. This codpiece allowed men to urinate without having to remove the braies completely.

Of course codpieces were really not adapted for women as they have no family jewelries.

Over the upper part of their bodies, both medieval men and women usually wore a  a chemise in France, or a smock or shift in England. Women wore a chemise underneath their gowns or robes.

In the 16th century wealthy women's nightmare started with the corsets  which refers to a stiffened decorative bodice worn on top of another bodice stiffened with buckram, reeds, canes, whalebone or other materials which must have been very comfortable and really not made to work on a field or raise 10 children !

The bra is an abreviation from brassiere which was worn after the corsets, and was only invented beginning 1900, and mass production started in 1912 in Germany. 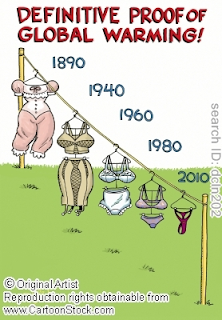