Helps you to remember what you have done on the weekend of October 6. If you participate please put the little logo on the top of your post and leave your link.

On Saturday we had an awful weather ! It was raining the whole day, together with a strong wind and it made you feel cold. When I opened the stores, I wanted to close them immediately and rather switch on the light ! It was disgusting outside ! 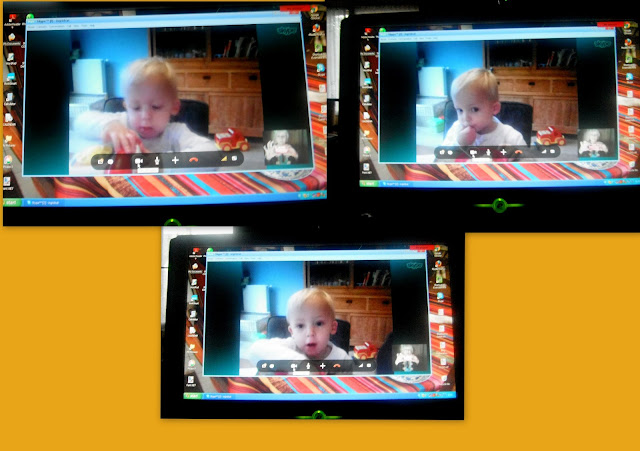 A little chat with grandson Toby cheered me up a bit, seeing each other on the screen makes me feel as if I was sitting with him at the table having breakfast ! Am I happy to be a modern Grandma who knows how to handle a computer ! All the others don't know what they miss !

Dominique who was in the same mood as I called and invited me for coffee together with Nicole. We had decided to take a season ticket for a cute little theatre not very far from Waterloo in a little country town. 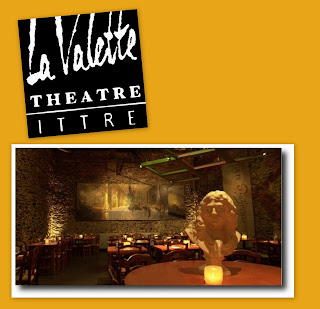 They mostly play commedies and the actors are all very good. So once a months we will go there. 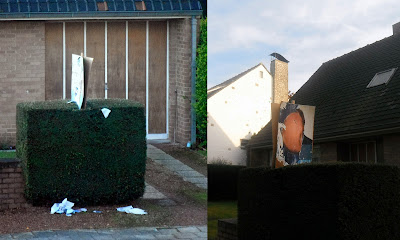 On Sunday morning when I opened the stores, the rain had stopped and the sun came out. The election poster of our mayor, which my neighbor had put up hadn't survived the rain and his face was washed away. I hope he has better luck with the elections !

In the afternoon and I went to Ilona and we did a long walk through the countryside close to her house but still in Brussels. 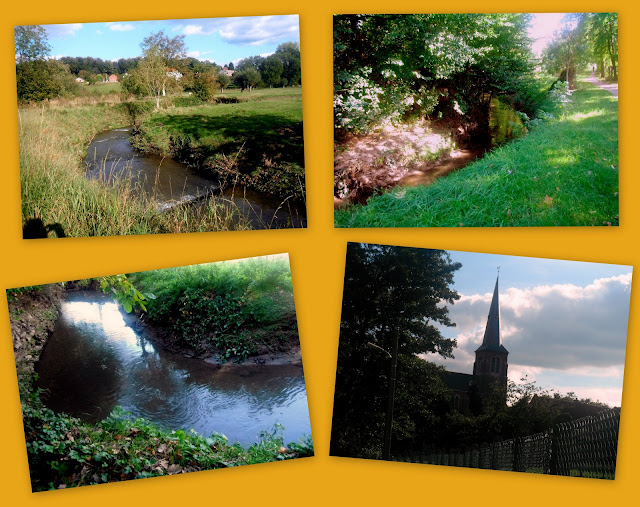 The fields were very wet and the little river still nearly filled up til the top, apparently it had gone out of its bed. Fortunately I had put on boots because there was quiet a lot of mud.

A good cup of hot tea warmed us up, because despite the sunshine it was rather cool.

Labels: grandson, Skype, What did you do this Weekend