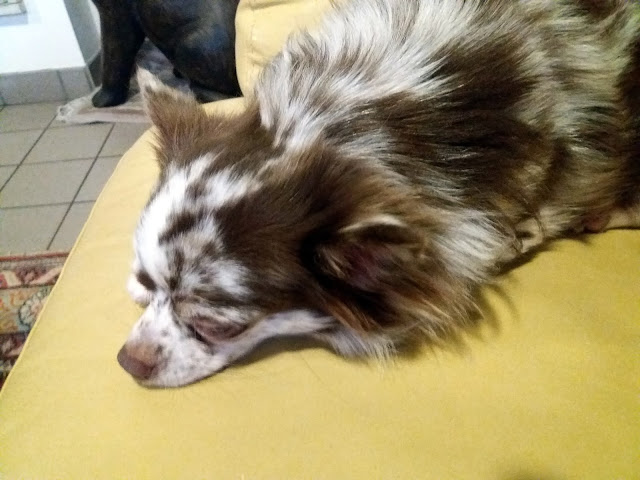 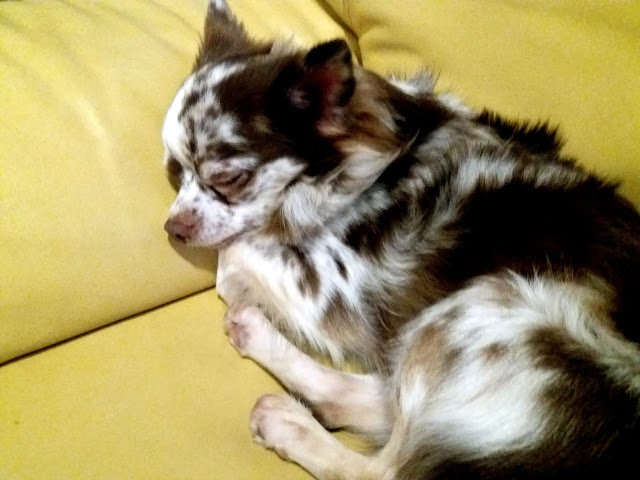 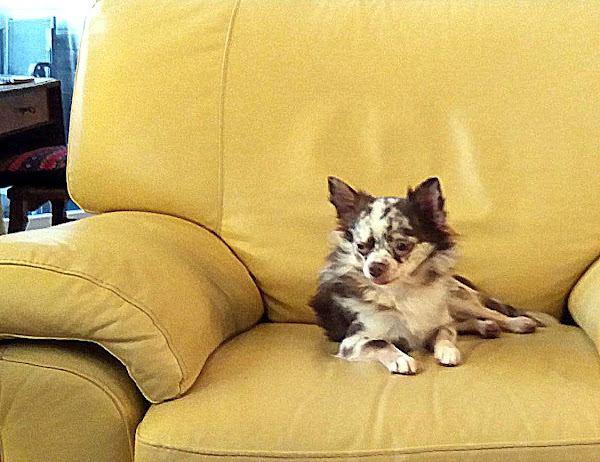 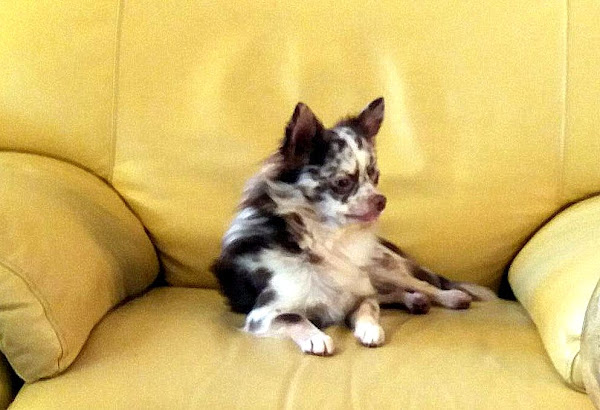 This is little doggy called Nelson, found his forever home with  the daughter of my Friend !
linking to  AWWW MONDAYS
********
WEEKEND
When I woke up on Saturday morning I was convinced it had snowed ! I jumped (really) out of my bed but outside it was green like every day, nothing special, same temperature and same grey sky.  I must have dreamed just before waking up.
Although we had a rather calm New Year's Eve (see post below) I felt as if I had danced through the whole night until early morning ! But I hadn't.
After coffee I filled in the washing machine, and then sat down to prepare my Friday's post one day late, but as most of the participants are later than we are with their mornings it was not so bad.
Mr. G. went to a friend to help out with the computer and I watched a movie and then a documentary about Celine Dion "My life after René" Although I still cannot understand that she fell in love with such an oldie (compared to her) who wasn't even handsome the film was very interesting  and she had become a strong woman probably because of him.
That was all I did, and am tired ! 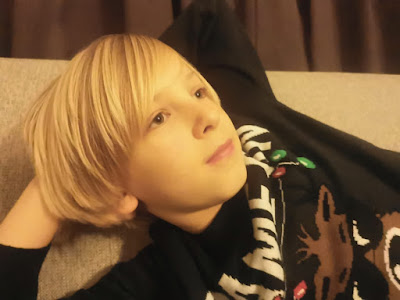 I have also got this nice photo of Grandson Toby.
Now I have a lot of filing to do !!
Sunday sunshine was announced with the result that it was grey and cold ! I did some photo filing and prepared my Cat Blog post and prepared myself  to join my frieds to celebrate the "King's Cake", which is celebrated on January 3rd in honor of the Three Kings.
It is a special cake in which  the tradition involves hiding a bean in the cake; whoever gets that bean becomes the king (or queen) of the day. The use of the bean dates back to the Greeks, who used it for the election of their magistrates. 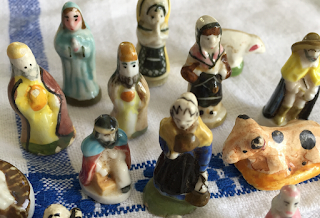 The fève or bean doesn't have to be a real bean but can also be little figurines etc. 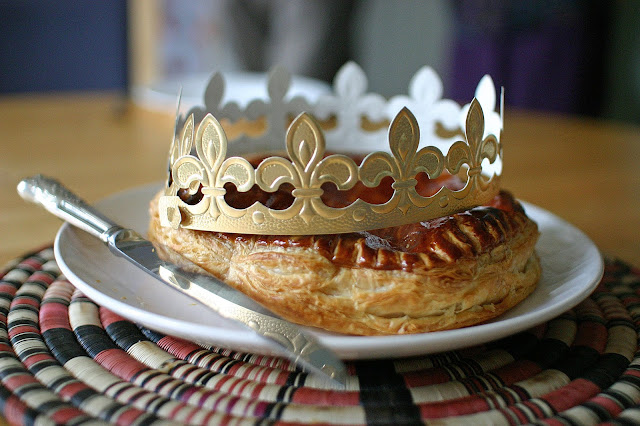 and this is the cake with the crown. Unfortunately none of us got the bean so I suppose it is in the two cake parts which we had left for  Mr. G. So tonight I will watch TV with a King !! 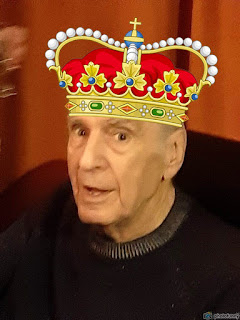 I like it all in your post: the doggy, the color of the sofa, the photo of Toby, the traditional cake, and the photo of Mr.G (the King). Lovely!

Mom remembers some people celebrating 3 kings day when she lived in Germany, but we don't know anyone that does it over here. Cute little dog. Glad it found a good home. Have a nice week.

What a cute little dog. Glad he's found a home. Lovely photo of Toby. Not sure it's a good idea to let your hubby think he is King lol.

Awww, Nelson is a cute pup. They are so loyal.

We are having the same grey skies. I'm waiting for some sun too.

Awww, what a darling pup, and a handsome grandson - and of course the King is looking pretty spiffy!

Darling pup! and your Grandson is very handsome! Have a lovely day and do not fight over the bean! hahah!