Another Corona lockdown week started and it becomes difficult to remember what you have done this special day, as all days are the same !

For Myriam it wasn't a problem but Nicole couldn't walk up 3 floors ! So we switched the homes and went to Myriam, and played scrabble which we hadn't done since a long time, but there was enough space around the table not to sit on each others lap.

The next day was again a summer day and as the weatherman said the warmest day since 1926 !! I had the window doors wide open and sat there in the sunshine ! It was strange it felt like summer I was wearing a little T-shirt, but the trees around me were naked or only had a few leaves left !

As all shops are closed except the food stores, I went window shopping virtually for some Christmas decoration. What I found was so funny that I ordered it, not really for our Christmas but more for our Grandson, so that he can show his friends once adult, that his grandparents had "survived" a Christmas with the Coronavirus and a masked father Christmas ! 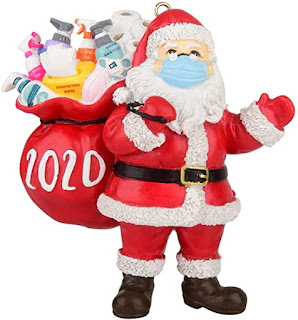 The one I ordered had all disinfactants in his backbag ! 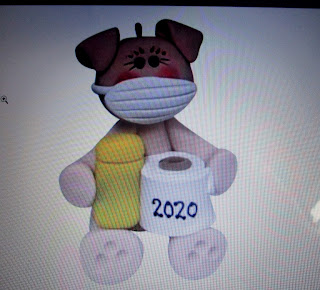 and here is a decoration with the famous toilet paper ! 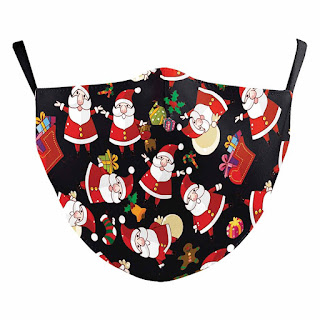 and there were also Christmas masks ! 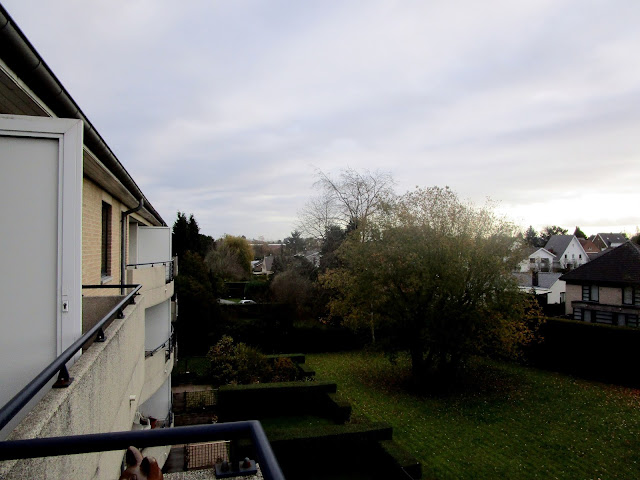 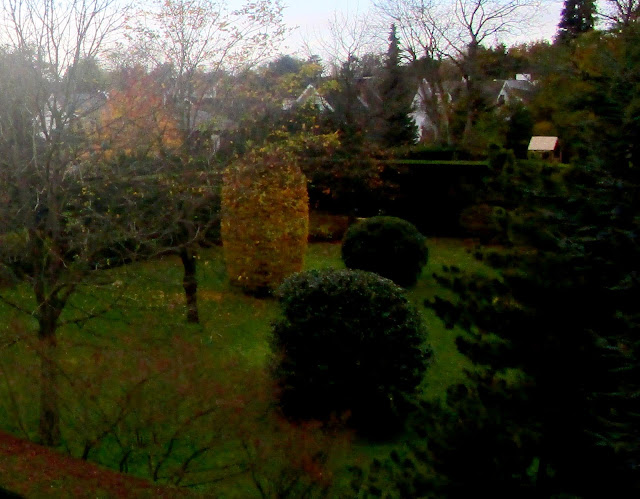 It was quite noisy in our living room, because around was an army of gardeners with their machines   and trimmed the trees or vacuumed the huge pile of leaves ! 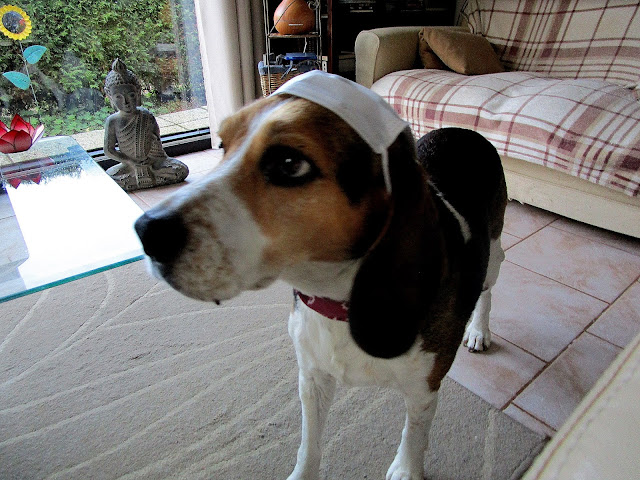 I visited Chantal who is allowed to receive one visitor, or maybe two but not at the same time, we have real strange and complicated rules, in some cases you should have a saw to cut one person into two ! I had put my mask on the sofa besides my purse, and Sheena the dog stole it and played with it. Chantal tried to put it on her nose, but with her long ears it didn't stay ! It slipped up and now she looks like a nurse.

The whole afternoon she had the mask on and we had our fun !

When I returned it was dark like in the devil's hole, thanks to the winter time light saving and on top it rained and I had to drive 15 km on a quite narrow street. I

I was relieved when I arrived home, it's difficult to drive when it is dark because the cars on the other side are dazzling with their head lights ! 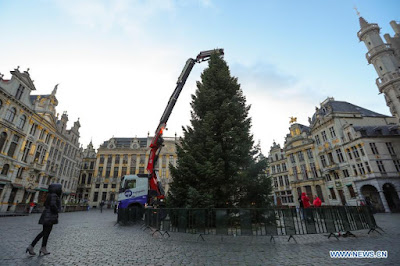 Today a 18 m high Christmas tree was put up on the Grand'Place in Brussels, this will be the only sign of Christmas in Brussels, the market had been cancelled and now the Government is talking about keeping us locked in until beginning January ! I don't know if that will work ! People start to loose patience and start protesting, others are depressed and think about suicide and the one young 24 year old hairdresser had really killed herself. There was a gathering around her salon many people put flowers at the doorsteps and her father spoke. It was so sad to see it on TV.

It's all sad around, but your Christmas decorations bring a smile to my face: the disinfectants, the toilet paper, the mask.
The solitary tree in the Grand Place of Brussels emphasizes the sadness of the world's corona stricken reality.

Sheena is a cutie.

Those special decorations for Christmas 2020 are really funny.

It is the young people I feel for during such tight restrictions. Sheena looks funny.

Silly dogs make us all laugh :)
I really do hope the lockdowns don't continue for a long time. It's hard on everyone.
The lone tree in the square looks a bit sad, but maybe it will bring a smile to people who see it.

The Christmas things look fun! Funny about the dog in the mask! I hope your lift is fixed soon.