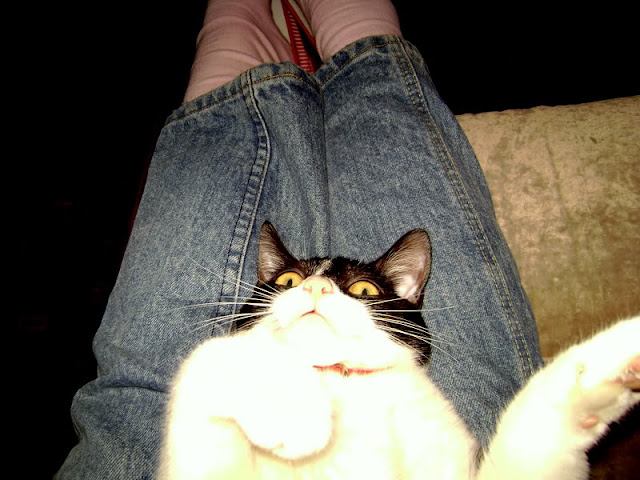 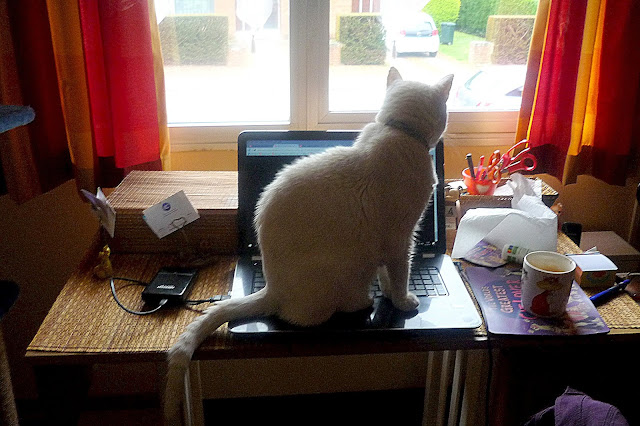 Mr. G had his second cataract eye surgery done on Friday and I had to drive him to the doctor on Saturday for a check up. Now he sees where he was used not to see and the other way around or he sees nothing especially when he has to read something. He probably needs other reading glasses. But the TV he can watch and his computer too so he is happy.

While he was at the doctor, I did a little walk and entered one shop, but the city center was so packed that I quickly returned and preferred to wait for him in the Doctor's waiting room.  We never had a real "black Friday" here but this year it is like a big black Tsunami ! And not only on Friday now they have invented the black weekend and even on Sundays the shops are open ! Wherever you go you are squeezed in a crowd !

Brussels Christmas market has been opened yesterday and immediately had a full success ! I will wait a bit and go during the week on weekends it's too crowded. 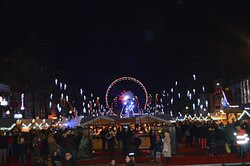 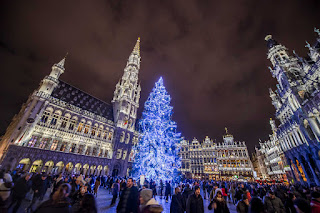 When I opened the shutters on Sunday the hope for a blue sky and sunshine flooding into my room disappeared, it was grey and dull and the street was wet. First instinctive reaction was hiding under cover ! 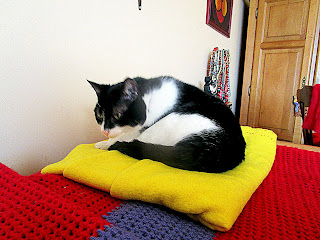 Rosie sleeping at the end of my bed shared my opinion, but she didn't get up !

Unfortunately I had to to get up to feed the singing cat Arthur,  drink my coffee and let Mr. G. sleep. He has to get up each and every morning at 7 am for the male nurse who gives him a shower as it is too dangerous for him to climb into the bath and the shower is in the basement in our guest room but then he has to go down the steps and with the freshly operated hip it's a bit difficult.  When the nurse is gone he usually goes to bed again ! I thought I will stay home the whole day it was to humid to go out with my asthma which has still not disappeared.

But then after a few phone calls of my friends who were also fed up to stay home and who had a cold except one, we were 4 to go to the cinema and watched a very funny French comedy "La retraite" which means "The retirement" . It was hilarious ! Exactly what we had experienced with our husbands, when freshly retired and suddenly being together the whole day ! Still laughing and discussing the movie we had a drink together before we went home. Finally the Sunday had been saved.