So far I had never to testify at a trial ! I never was a witness to a murder, or a running away terrorists, I only know that from my little crime serie I watch on TV.

Sometimes I have to testify that I am really married to Mr.Black, because on my passport is writen Mrs White, but that's why in some European countries the wife keeps her maiden name from birth on until she dies. That's easy so if you marry 10 times you need no proof that you changed also ten times. On the other hand it's a little strange when a family composed of 4 children, a husband and a wife, the only one who has another name is the wife, because the children usually take their father's name.

Mr. G. had started to work in Italy, which is normal he is Italian, but then he worked some years in Germany, and since 1967 he works in Belgium. The result is that each year he has to go to the local resident's registration office to testify that he is still alive ! Otherwise he wouldn't get his pension from Italy and Germany. Then he has to fill in administrative papers, although nothing has changed from year to year and he still presents himself in person. At least it justifies that the administration works.

I could have signed a circular letter by our neighbors to testify that Mr. G. is still alive even when they don't see him, they can hear him, he has a very loud opera voice and doesn't need a microphone.

The state is so angeous that I could put his pension in my pocked when he has joined the angels or the devil and I could play the "Merry Widow" with his money and therefore needs the paper to testify that he is still alive ! 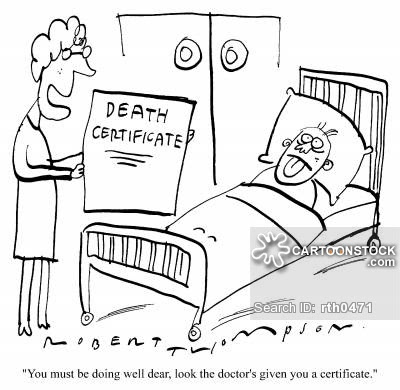 Jusjojan testify
Posted by Gattina at 07:00

Mr G has to do paperwork, even though he has lived in Belgium since 1967. Ridiculous.

To fight beureaucracy is almost impossible. Look at the bright side - he gets his pension. And he speaks three great languages: italian, german and french!

You would have thought there would be an easier way to do it.

Sounds like a lot of unnecessary paperwork, but it is the same Worldwide I think.

Mr. G has to testify that he is still alive! Sounds like a lot of work, but I guess it's much better than being considered not alive...!

Sometimes these jobs are created just for the sake of it!

It sounds quite complicated getting those pensions, but def itely worth it. I would testify to that. One of our daughters-in-law kept her maiden name, although they really are married. That is becoming more common over here, though rather recently. She and that one of our sons have no children, so they don’t have that confusion. Unless their dogs worry about what their last name is.

That can be complicated.

I got a letter in the mail for someone who used to live at the address I live at- though I wonder about it, given that the name is someone who's famous, and the letter can't decide if it's directed to the person or their estate. So the sender doesn't know if the person is alive or dead.