Waterloo had a busy time this weekend. At the Mont St.Jean farm,which during the Waterloo battle of 1815 had been used as hospital by Wellington for the British soldiers an old village out of that time had been built there for the "Gordon Celtic Week" although the week was only 3 days long.  I visited the Gordon Market when the stands had just been installed and nobody was there yet ! 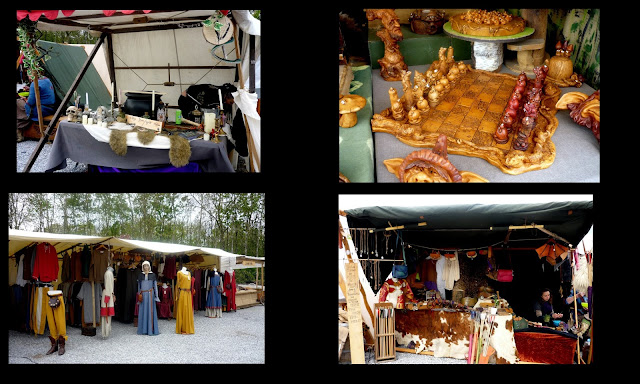 There were old things to buy from skulls to chess, clothes and fur tails. 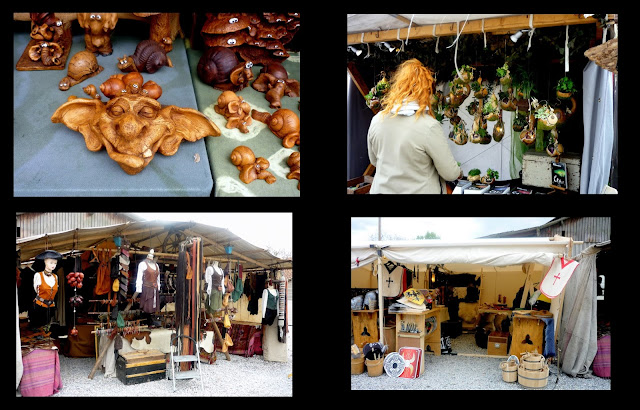 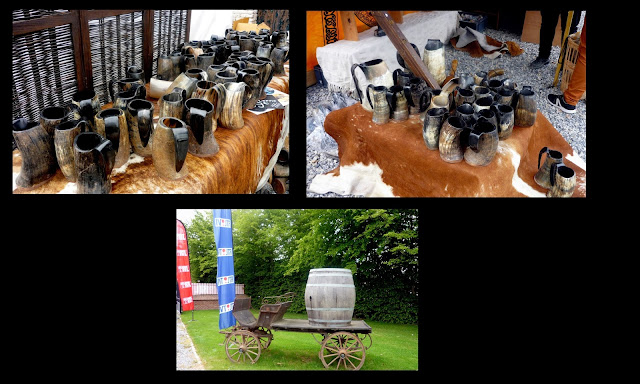 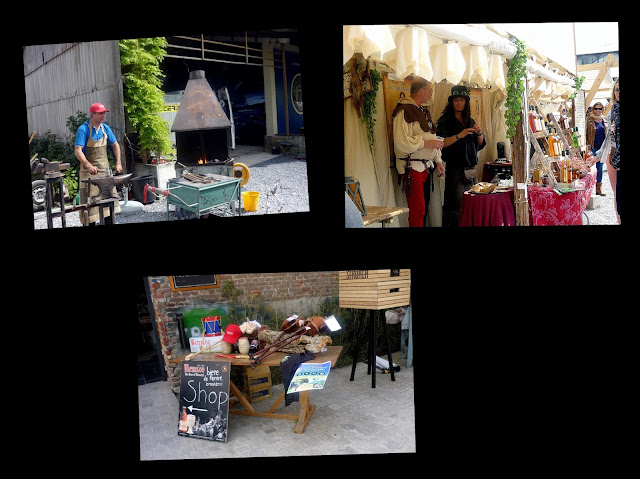 a blacksmith, and of course Waterloo beer in the shop, and souvenirs. 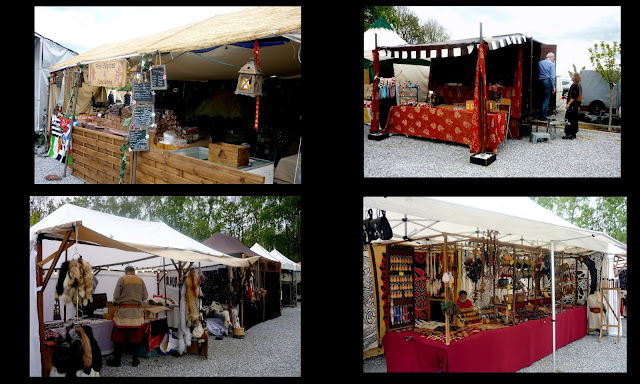 You could also buy fashion jewels and flower ribbons for the hair. 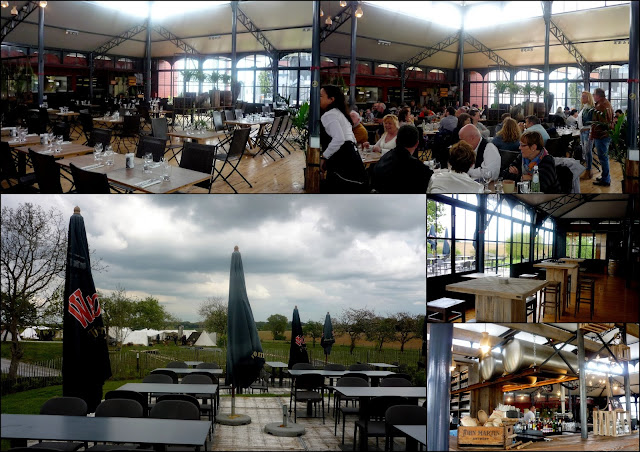 While the day before it was very cloudy, the restaurant l'Orangerie du Prince was empty, but it was not at all the case when I returned. The sun was shining, it was warm and the restaurant was full, inside and outside. I sat on this beautiful deck with a view over the fields. 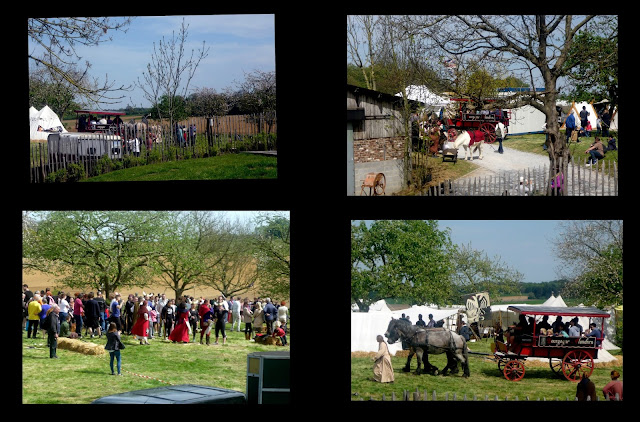 This time I had a view on the  Gordon Celtic Games but there were so many people that I only saw from time to time something swinging through the air.  Nicole joined me and we were sitting there chatting with people and watching ! After 45 min we had waited for the Waiter, I finally had enough and picked up our drinks at the bar. The barman didn't say anything, because the waiters were running around and apparently there were not enough. 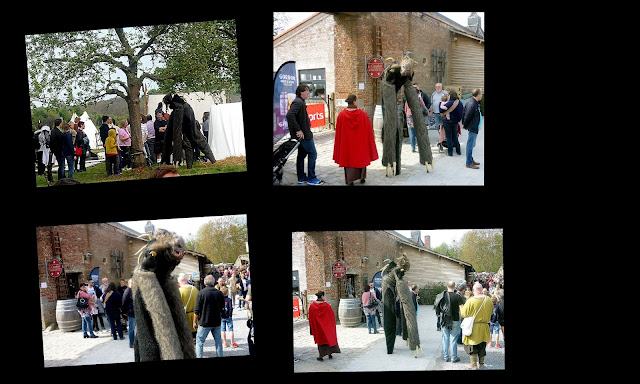 Then we walked around and saw this prehistoric monster, which made little kids scream 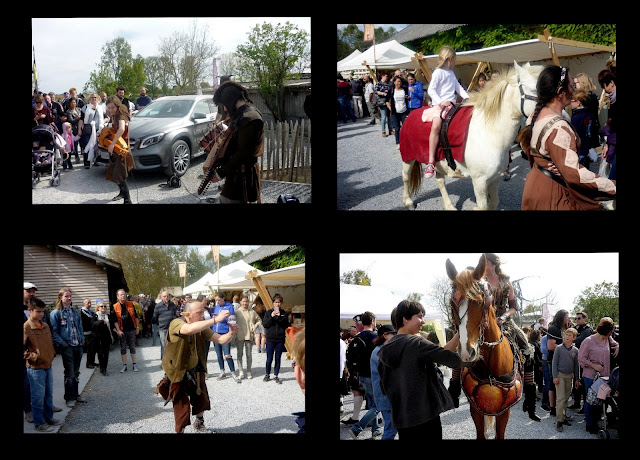 There were other attractions too, and Pony and horse riding children.  And something very special happened : For the first time in my life I petted a horse on his face !! I had always been so afraid of horses. 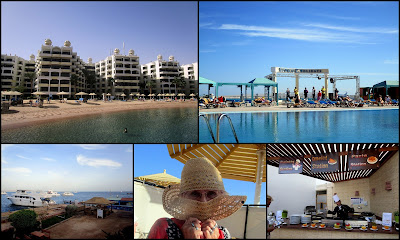 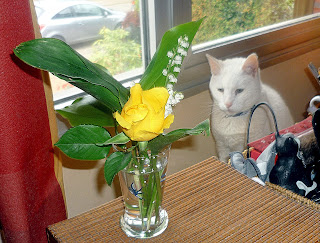 In Belgium you offer to your friends and family a Lilly of the Valley, happy first of May to you !