Each year we had a wonderful huge Christmas tree a real one, coming from Norway or the Ardennes standing in the middle of the Grand'Place. This year the city council members got probably boozed and accepted the tree's sponsor, electricity generator Electrabel,  and has opted for something new. A "Christmas tree" in metal,  attached some boxes on it and with a lot of phantasy you imagine that you are standing in front of a Christmas tree, which is rather made for your nightmares ! How it was built you can see here. There had been lots and lots of protestations, whithout result.

As I just came back from holidays and didn't have the opportunity to go personally to the Grand'Place, (besides it rained and it was cold), I had the good idea to watch the Grand'Place through the different video cameras which are there probably to observe the tourists or upcoming troubles. I wish somebody would dismantle this horror during night, but the big brother is watching you ! Myself included !

First I saw the box tree how it looks natural 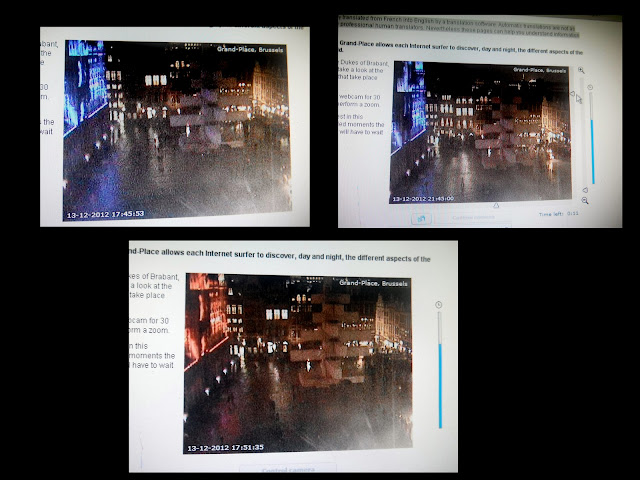 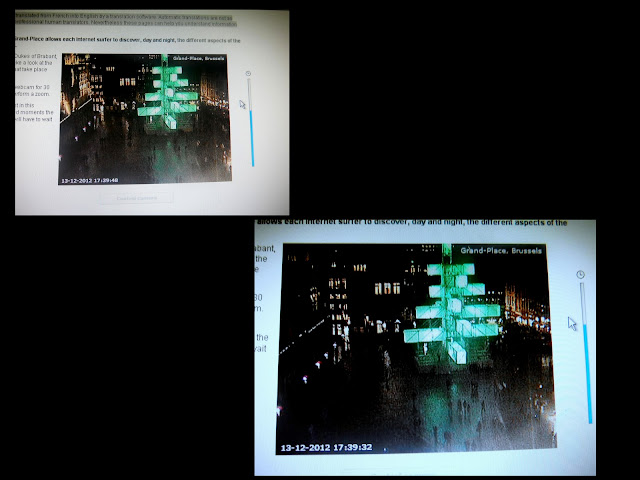 Suddenly the thing became green, and probably made the visitors green looking too. Faces ready for Halloween. 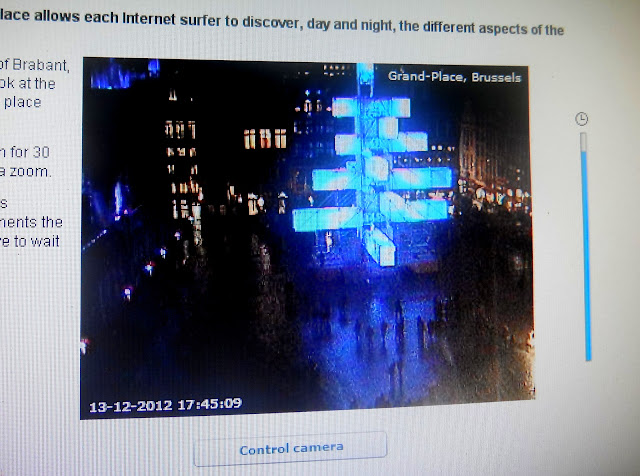 After a while everybody looked blue 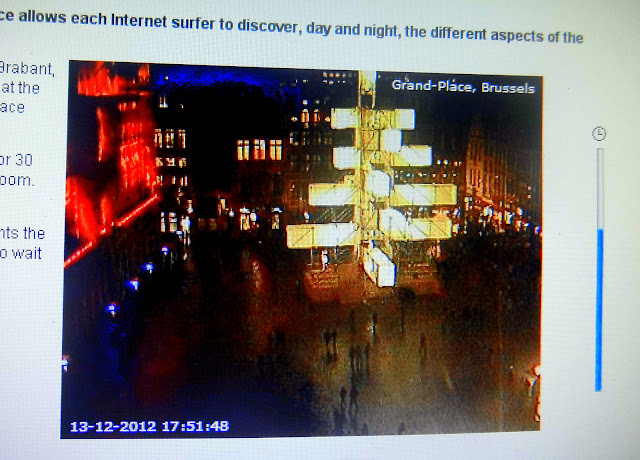 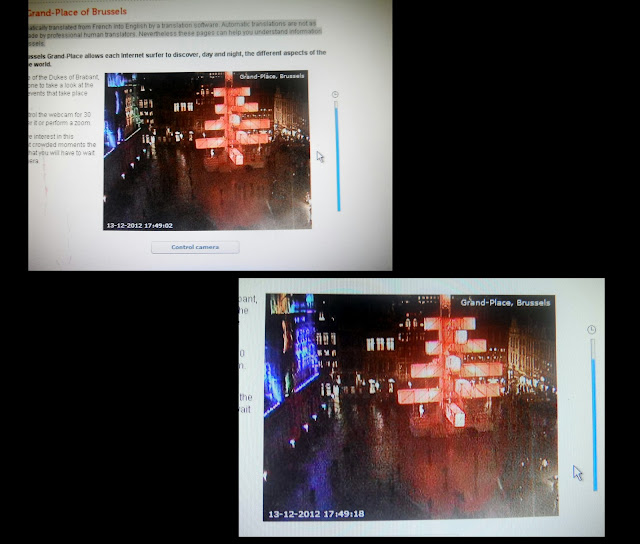 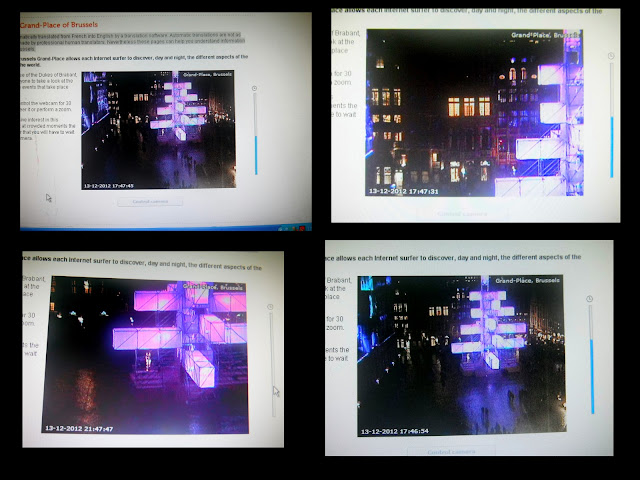 and then your face looked purple, before it turned to colorless again and the whole light show started again.

Here is an a article and a video from Euronews
Posted by Gattina at 06:00

I agree: it looks horrendous! I hope they will be back to their original trees next year.

It sure is a bit over the top. I think a traditional one would be better.

Yep, it gets my vote!

I have to agree. This is a horrible tree.
I'd ask to have a normal big one planted so this doesnt happen again lol

It really is hideous and changing the colours doesn't help at all! I bet it cost an arm and a leg, too . . . ghastly.

I prefer the right tree of christmas!!! I imagine your deception! but You'll see soon ours here, in Ollioules and around! Can't wait!

It sure different...anyhow does it have a tree scent to it.

Oh dear. That was a BAD idea!

All that good money badly spent...

It is horrible and I am tired of people taking something which has worked for hundreds of years and turning it into a modern monstrosity.