Helps you to remember what you have done on the weekend of December 8. If you participate please put the little logo on the top of your post and leave your link.

On Saturday it was again a very beautiful day and as it was our last holiday we enjoyed the sunshine until the last minute ! 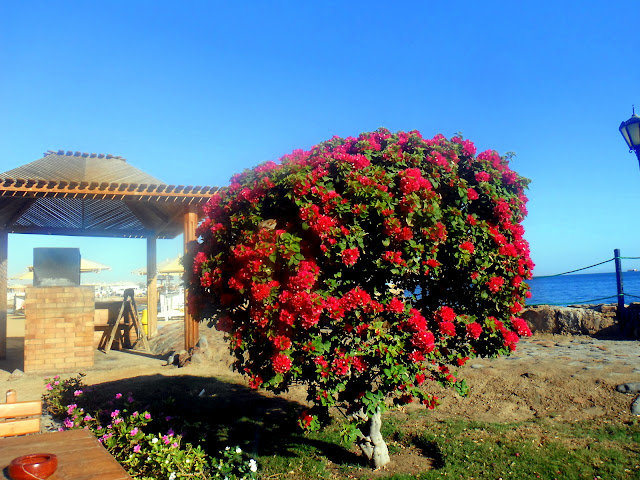 We said good bye to the beautiful flowers 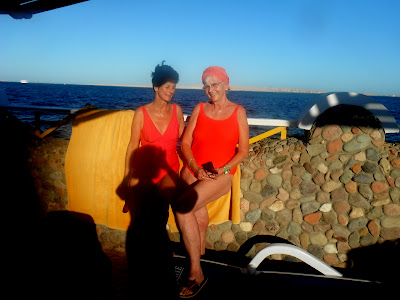 a last picture on the beach 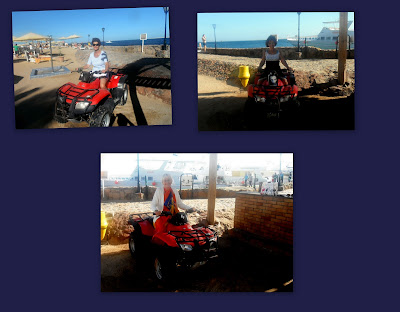 and on a quad just for fun because we didn't want to go with that thing in the desert. We would have prefered a camel, that's less noisy and more romantic 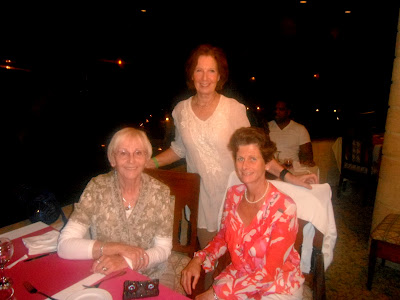 We took our last supper in our favorite restaurant which mostly served Egyption, Morrocan or Libanese food and after that, we unfortunately had to pack our suitcases 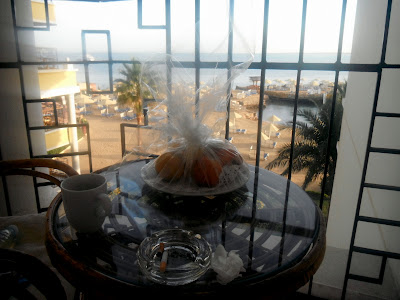 We had got another fruit basket for the last days, but which we had no opportunity to eat and then waited for the bus which should take us to the airport. 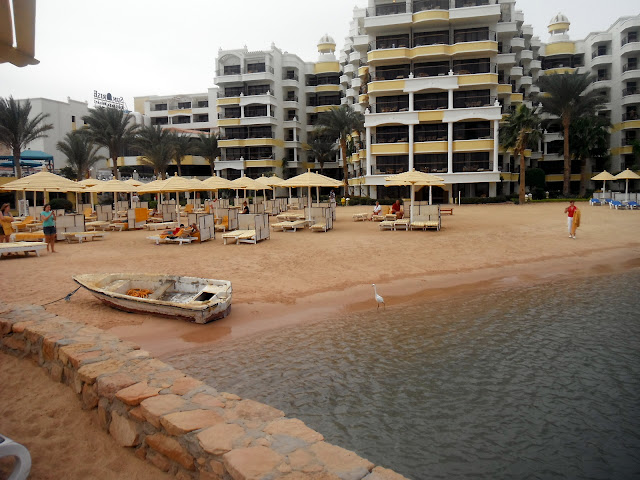 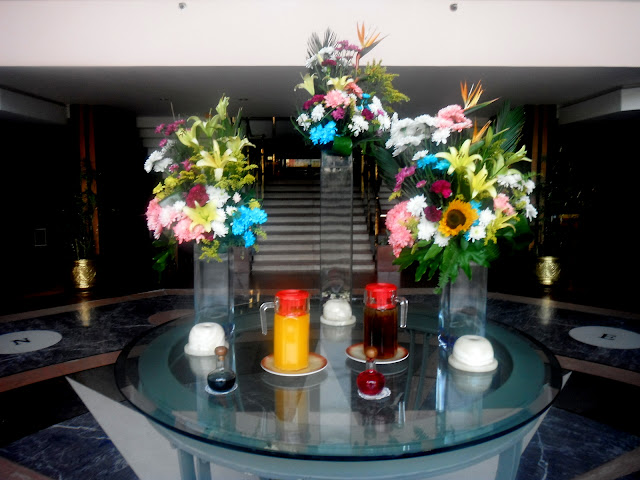 The bus arrived at 9.30 am and took us on a "sightseeing" tour through Hurghada, stopping in I don't know how many hotels to pick up guests and drive them to the airport. I had just time to buy some things in the free shop before we had to board. 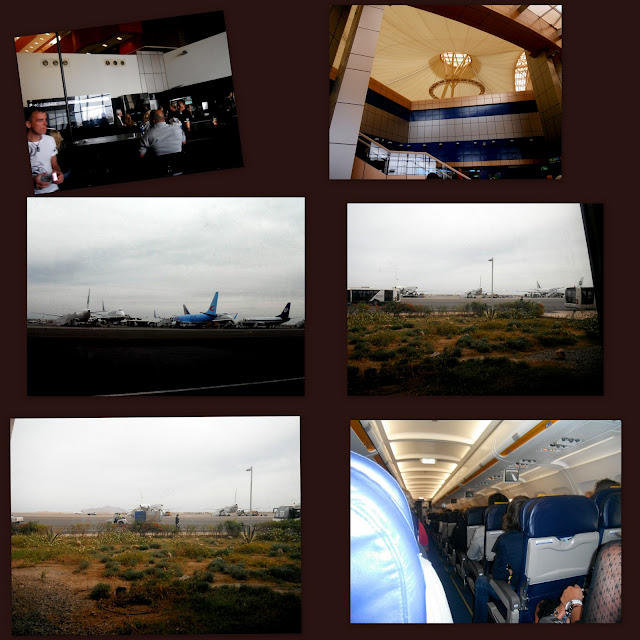 The  airport in Sharm el Sheik. During the flight we could watch the movie "We bought a Zoo" (??) which was a quiet funny film.

Once in the plane we were told that we had to stop in Sharm el Sheik before flying to Brussels. By the time they had explained how to survive in case of a plane crash, we had already arrived as the flight took only 15 min. We all had to get out of the plane, some of the passengers stayed in Sharm el Sheik, the others with some new comers were carried again to the plane which meanwhile had refuelled. Finally we went up into the air, watching again the hostess dancing her survival dance and flew without any incident this time right through to Brussels, where we arrived at 6.30 pm (there is 1 h time difference).

Of course the last suitcase which arrived to be picked up was Nicole's and we had to wait and wait until it finally arrived. Mr. G. thought we would never arrive then drove us home through an awful strong rain, and cold weather. I felt welcomed home. We stopped at Nicole's and said good bye and then went home. To end our holidays properly, Mr. G. had prepared warmed up Lasagne, we had a lot to tell and then Dominique went home, and I fell half dead in my bed. We had been 12 h underway (just for 4 h flight) Long live the security controls !

The one an only cat who greated me with joy was Arthur. He probably thought I would have brought him some Egyptian chicken ....

Labels: flying home, Hurghada, Sharm el Sheik, What did you do this weekend ? Holidays

Hi Gattina, what a wonderful holiday you must have had but I am sure that you are happy to be home for Christmas. I'm just stopping by to say how delightful your blog is. Thanks so much for sharing. I have recently found your blog and am now following you, and will visit often. Please stop by my blog and perhaps you would like to follow me also. Have a wonderful day. Hugs, Chris
http://chelencarter-retiredandlovingit.blogspot.ca/

Arthur looks a bit annoyed with his ears back like that. He must be disappointed with whatever you bought him.
Once again I enjoyed sharing your holiday, it was over too soon.

Welcome home! it sure seems like an adventurous trip back. My son had a snow storm arriving in Frankfurt with the train (glad he took the train, the airport was closed!)

Now you have those wonderful sunny pictures to look back at when it's too wintery for your :)

I am so happy you are home safe and sound. I was worried because we see on the news the unrest in Egypt. Also a German flight crew got killed on their way to the airport from a traffic accident. Apparently, Egyptian drivers are the worst.

Aw I was just getting into your holiday and it's over.

Sounds like the weather was cloudy a lot.
Well it was a nice break. And you can take a holiday now from your holiday as they say. lol
No place like home.:)

Your Arthur always makes me smile. Welcome back.