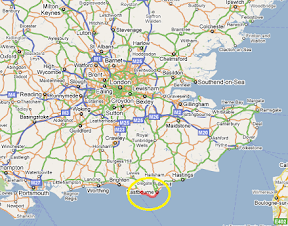 I was quiet happy when I saw the result of the pictures I had taken during the Olympic Opening ! 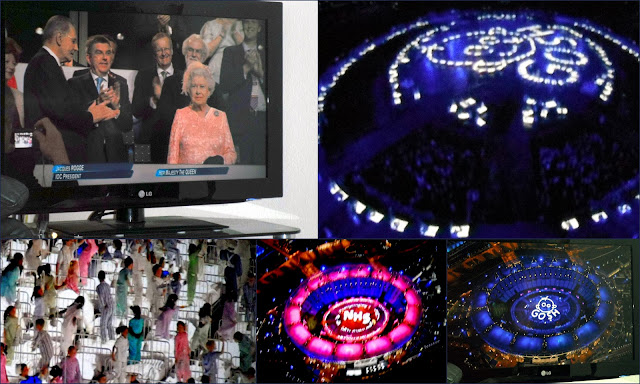 I had a very good place, close to the Queen and ... 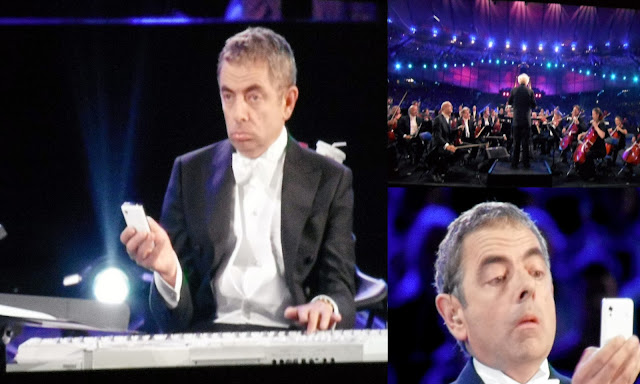 Today we went to the seafront in Eastbourne. 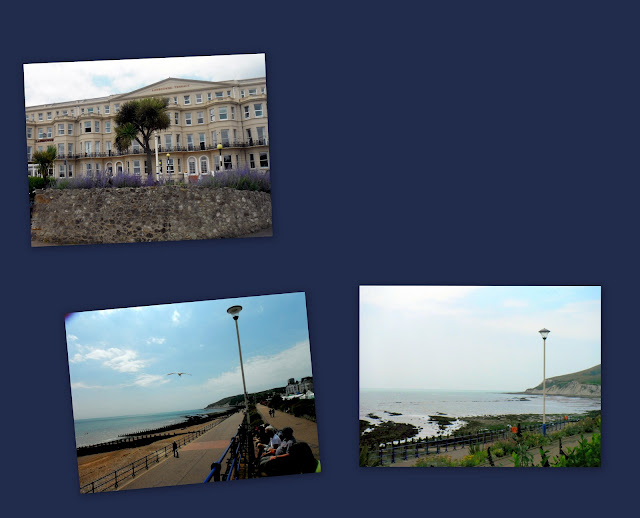 .
The weather was nice, despite the fact that the weatherman had announced showers !

At the seafront the Lammas Festival took place. This word comes from the old English for Loaf Mass" a celebration of the Earth's bounty which was traditionally held at the time of the cutting of the first corn crop. 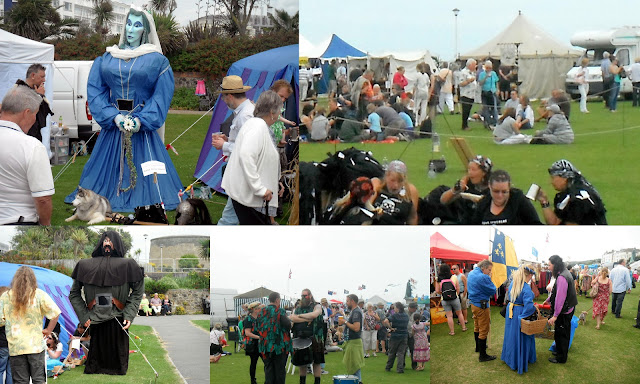 There were lots of peoples dressed in costumes 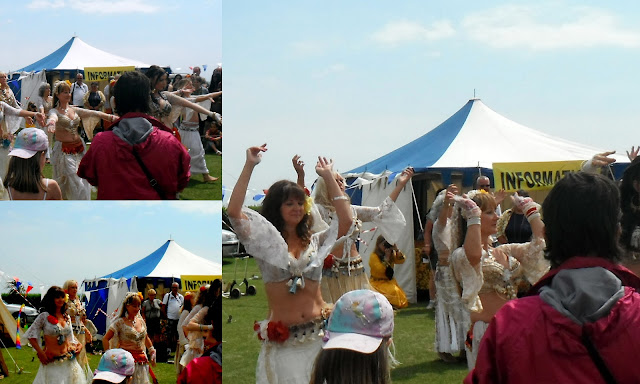 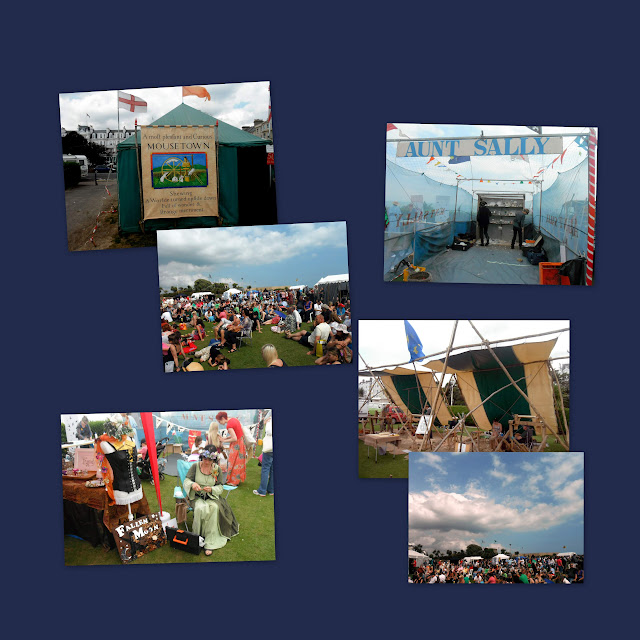 Lots of games and music bands, people were picnicking on the grass and everybody had a lot of fun.  I suddenly felt that I HAD to have a good portion of chips and bought me some. It was part of the festivities. 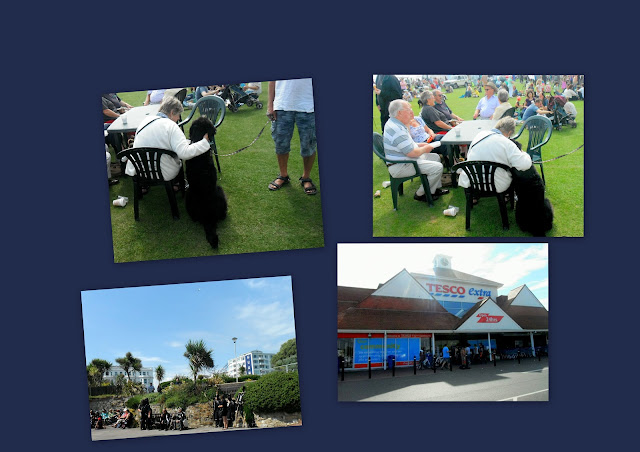 My friend Anne while waiting for her husband Doug, replaced him with this cute partner !

Then we left the place, which sometimes makes me think of a Southern country because of the palm trees and did our shopping for supper at Tesco's.

I have no interest at all in sport but I wish I had been in London for the amazing opening ceromony. Just to share the excitement. The Queen looked pretty in pink and I love Mr. Bean. London 2012 must win the prize for the best ceremony ever.
I want supper from Tesco too but will make do with whatever I can find at my local supermarket.

Hi Gattina .. I saw you mention Eastbourne in your comment to Janice and her daughter's wedding and felt I really needed to come by ..

I live here - and though I haven't been out and about - you've shown me that next year I need to do a few of these things.

Lucky you to have been up at the Opening Ceremony - must have been lovely ..

Enjoy the rest of your break here ... I'm off to Scotland on tuesday for a few days ..

Yes, the Queen and Mr. Bean! What a couple! lol!

Is it possible? Palm trees in England?!
I'm jealous as you were sitting near Mr Bean!!! You are a such popular girl in London, now!

The opening ceremony was great. The festival looked like loads of fun.

Wow, look at that WEATHER! The festival in the greens and the Olympics Opening ceremony looks good. I missed it... Hugs Jo