I visited the Windsor castle long time ago ! It was two days after Prince Edward the youngest son of Queen Elisabeth got married to Sophie Rhys-Jones in 1999. I was visiting my son who worked in London and who showed me the castle on a weekend.

At that time I wasn't interested in photography that was far too complicated ! Buying a film, putting in the camera bring it to a photographer wait several days to get the pictures and then you throw half of them away, because one picture was too dark, too light or you had two heads.

So when I watched the funerals of Prince Philip, I remembered the chapel and all the flowers which were still there from the wedding.

I had seen the wedding on TV and was a bit disappointed because in reality the chapel looked so small to me. I also remember that I nearly fell down the steps.

And now I took the pictures from our TV screen during the funeral of Prince Philip and I realized now how beautiful the chapel is inside. 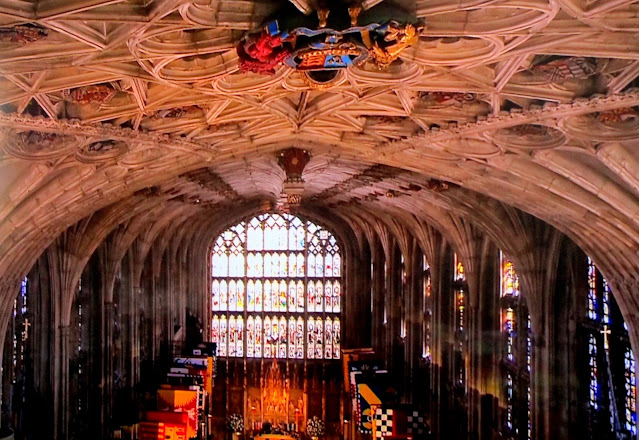 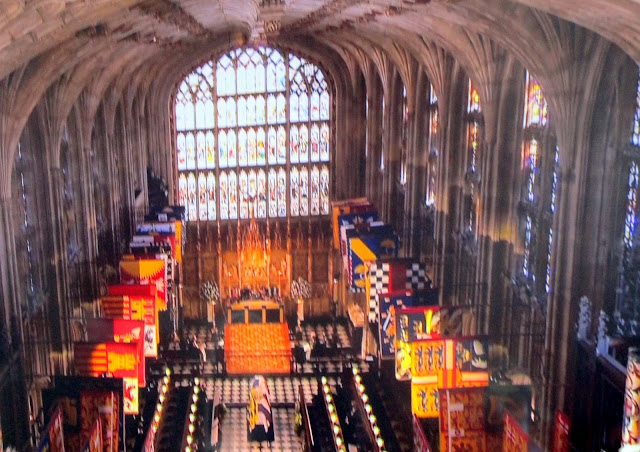 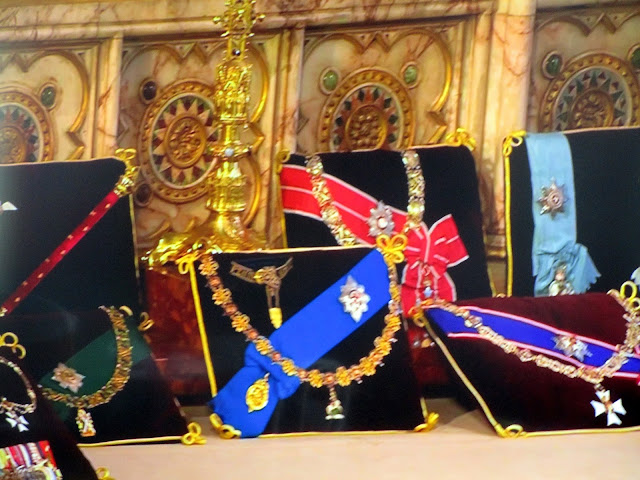 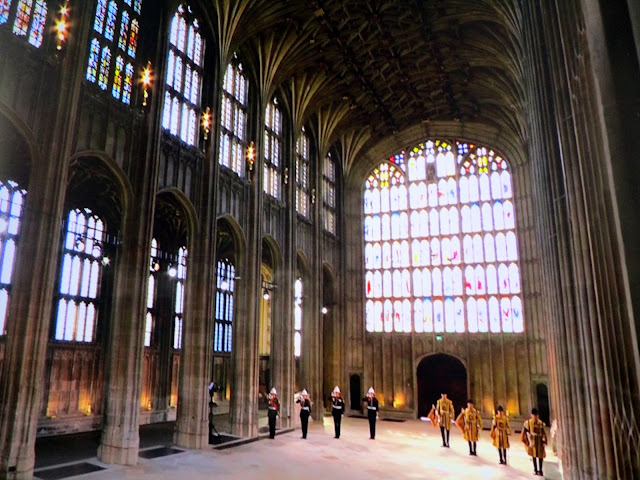 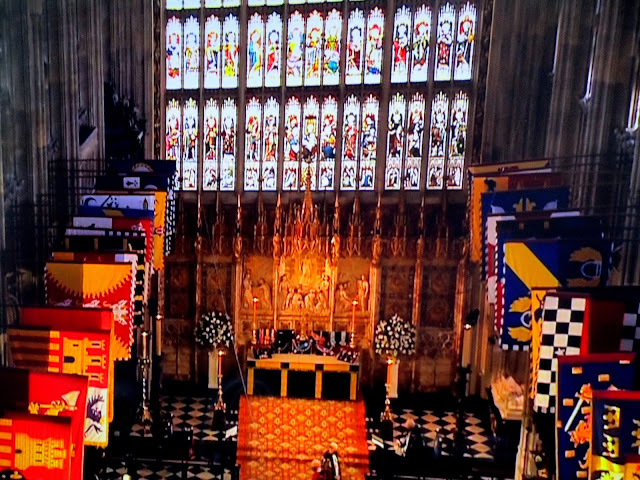 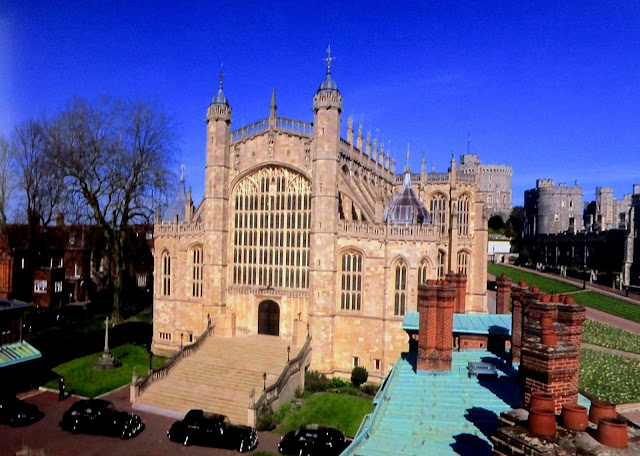 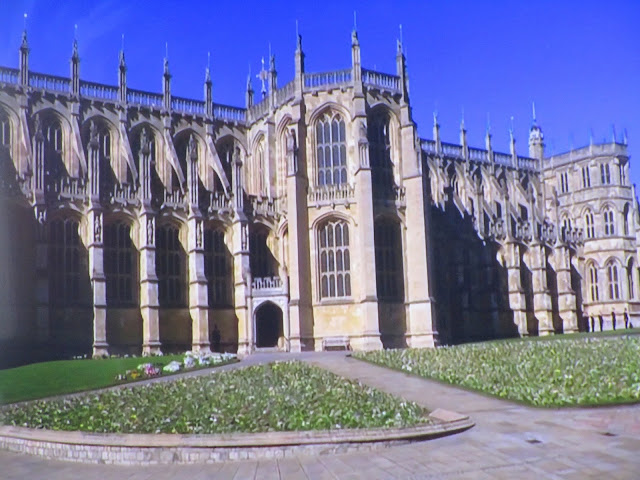