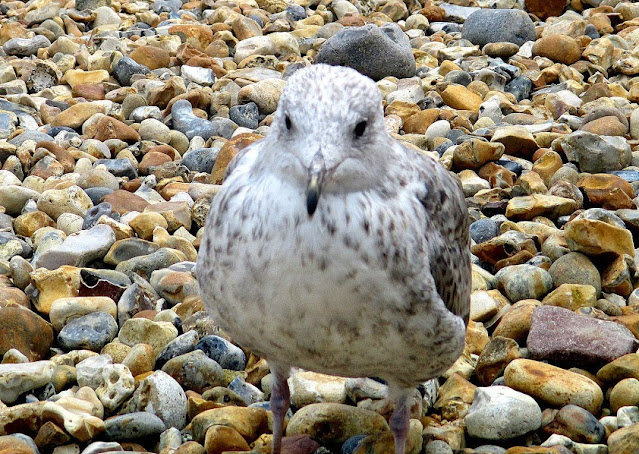 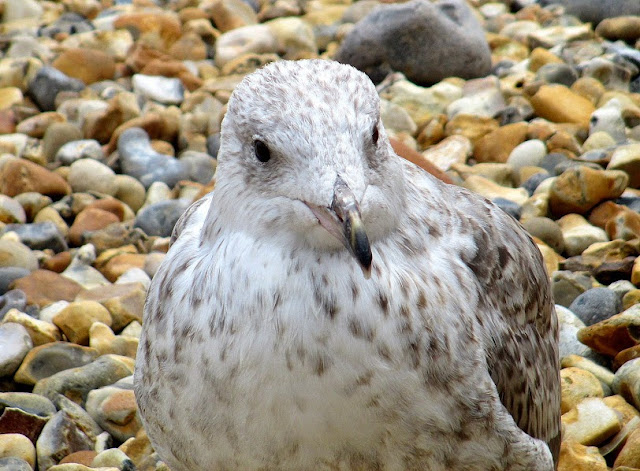 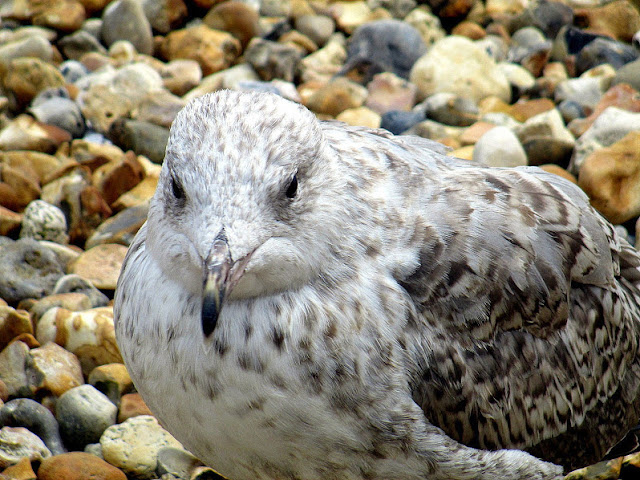 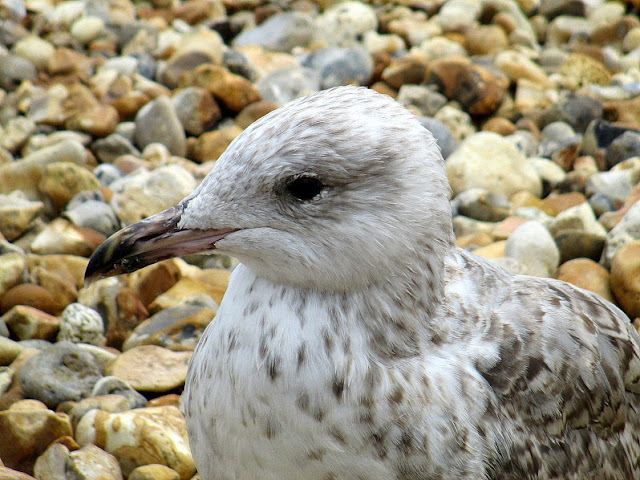 I love seagulls they make me think of holidays !

Yesterday I made a real bargain I bought 6 rolls of fake grass for half price,  to put on our balcony it's like a carpet ! It certainly will look very nice but first the balcony has to be cleaned and the garden furniture too. For the moment it's very sunny but still too cold to sit outside.
A friend came visiting me, she was in Waterloo and called me to know if I was there, I was very happy about her visit, it was a long time we hadn't seen each other. I know her from London, she is English and the wife of my son's best friend. She brought me a beautiful bouquet and we had a lot to chat of course. The rest of the afternoon I was hanging around I called twice Mr.G but each time he complains and wants to come home I can't get it in his mind that I am not the doctor and cannot decide ! So today despite the sunshine I was angry with the whole world  ! And this %£*€¨"$ lockdown doesn't make it better !
Sunday morning I prepared a bag for Mr. G because finally I could see him despite our ennemy the Virus who poisens our lives ! The  clinic allows visits each Sunday from 2 pm to 4 pm. It took me half an hour to get there because my GPS was not informed about round abouts which grow out of the streets like mushrooms ! Mostly only to disturb the traffic. 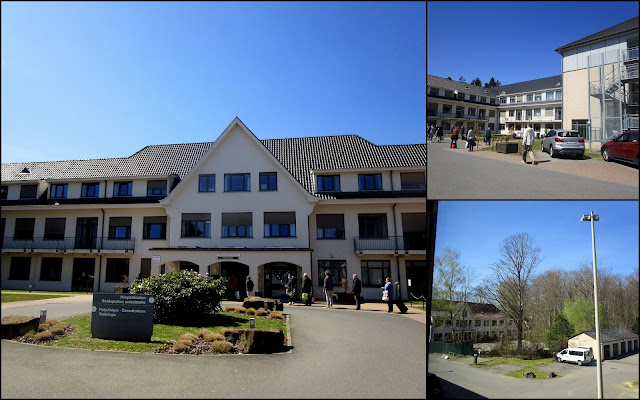 When I arrived  shortly before two there were already visitors lined up. I thought now it will take hours until I can get in  and they will ask me if I am tested or not, but not at all, a friendly girl checked that we all had a mask and disinfected our hands and that was it. So it went quite quickly.
Mr. G.'s room was on the second floor (on the picture on the right side) He can observe who comes and see all people.
I was really delighted when I saw his spacious room very light with a big shower room, of course TV  and telephone. He told me that the food is very good and that the nurses are very friendly and ..... there were enough ! There was no shortness in the personal !
I stayed  one hour and then I left because he became very tired and then he can't concentrate anymore on what he is saying. But I was pleased that he looked much better as when I had seen him shortly last time 2 weeks ago for his 80 birthday.
This ward is specialized for  people who had a stroke, or have paraplegia,  multiple sclerosis,  and Parkinson's disease. 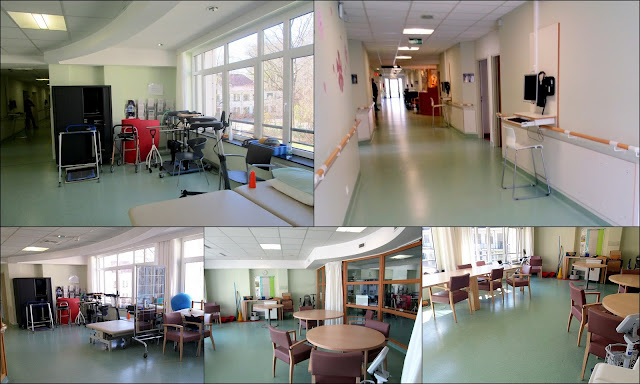 I looked where the re-education takes place, one room is for physical exercises  and the other is like a schoolroom. There were also computers in the hallway. Everything looked modern and new.
When I left they gave me a bag with dirty laundry at least with the name on ! and there were no other laundry in the bag then his own not like the mess in hospital !
Very satisfied I left, took the wrong direction because as usual I went left instead of right although the female voice had told me to turn right, in short I went back to the clinic twice before I payed more attention to her instructions and finally arrived home !