After our first visit in Edinburgh together with our guide we decided to go today on our own to Edinburgh because it was a "free day". 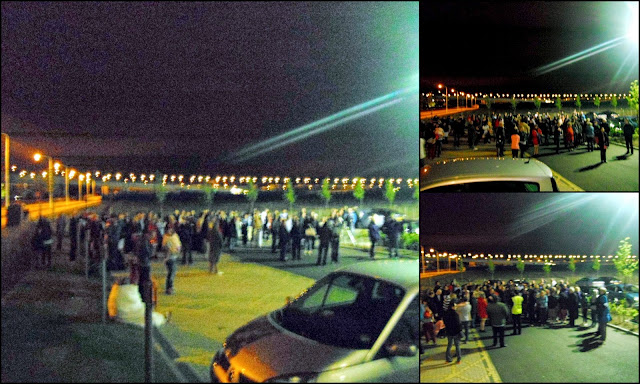 But first at 2.30 am the firealarm went on and howled through the hotel. Ilona first thought it was her mobile, and I thought it was something behind my bed, finally we looked out of our room and saw a few heads peeking out of their rooms too. As we didn't hear anybody of the stuff, I put my jeans on reluctantly and a coat and went downstairs with the others. Ilona was quiet in panic, but I thought it's not serious, I saw no firemen and nobody from the hotel staff on our floor. We were 6 to go out on a side street and then saw all the others standing in front of the hotel, freezing ! One had even taken her bed cover and wrapped around her and looked like a snowball.

Of course I had to take pictures and found the whole event rather funny, because it really didn't seem very serious to me. But rules are rules. We then were told that we could go back into our rooms which we did. After these emotions we all went to bed again.

This was the second fire alarm we had since we started our trip ! Now I wait for the third. There is a proverb saying "never two without three".

After breakfast we started our free day by taking a sightseeing bus at the station. It took us to the "new" part of Edinburgh which we hadn't seen yesterday.  The weather was wonderful, the sun was shining and we could sit on the deck of the bus. 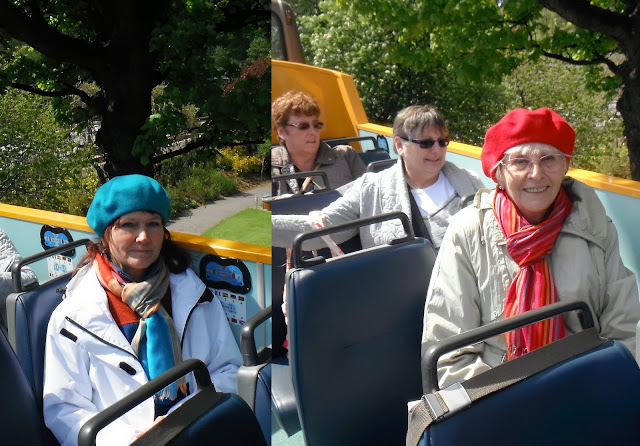 We listened to the explanations and looked around and tried to see as much as we could. 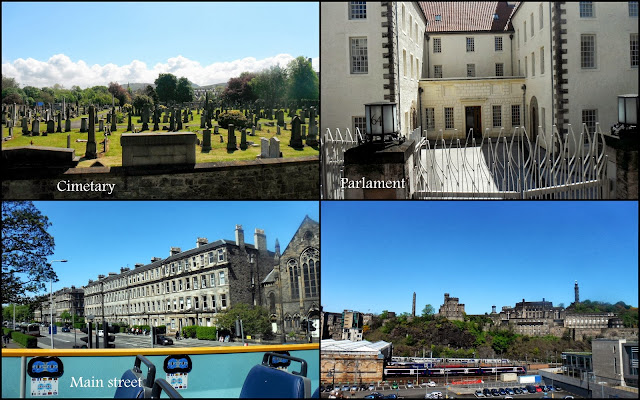 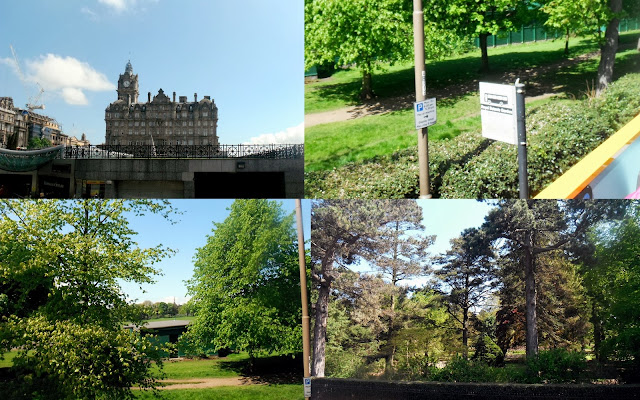 We passed by the botanical garden, which looked beautiful 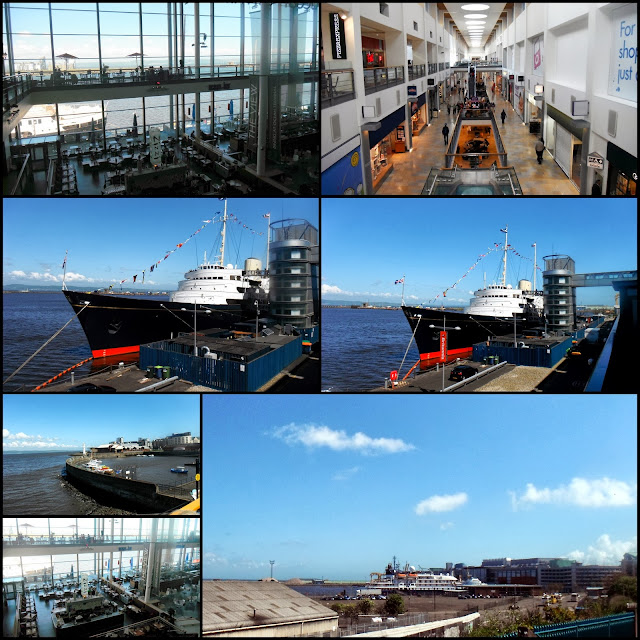 and got out of the bus to see the "Britannia" the yacht which took Queen Elizabeth II and her family around the world. Now she is permanently moored as an exhibition ship here in Edinburgh. The entrance to the yacht is via the Ocean Terminal. We didn't go on board, we had no time for that. But at least we had seen the beautiful ship from outside.

We hopped on the next bus which took us around another side of Edinburgh and then brought us back where we had started from. I think it's the best way to see the maximum of a city if you don't have a lot of time. 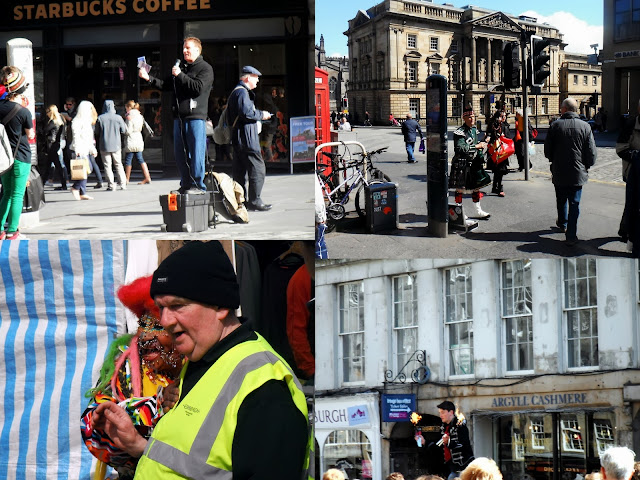 Then we walked along the main shopping street, where saw some interesting fancy people, a guy who talked about Jesus and our sins all alone for hours, but nobody listened to the poor man. A bagpipe player,  a woman who had her face covered with piercings so that you couldn't see her skin anymore and a fire  juggler !

We had lunch in a nice pub and Ilona ate "Fish & Chips" for the first time in her life and found it delicious. 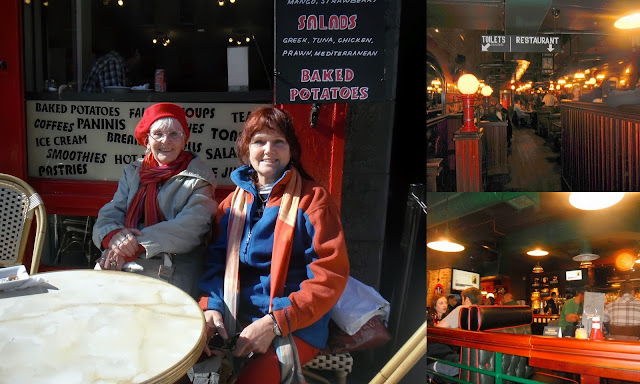 We did some window shopping, Ilona bought 3 Scottish scarfs, and then we sat again in the sunshine and had a nice ice cream ! We were so happy that we had such a good weather for once we were in Edinburgh !

We returned to our hotel and rested, tomorrow we will see "Nessie" at Loch Ness ! If you don't hear from me anymore either Internet is not working or Nessie ate me !
Posted by Gattina at 06:00

Fortunately there was no fire. False alarm. Phew. :P

Fun and interesting trip. Wish I was there.

Please give Nessie a pat from me when you see her/him as I'm sure you will.

The second time with the alarm!!! hihi!!!We will see if the third time will come!! I can't wait to know more about your meetting with the monster of the Loch Ness!!!

Lovely post Gattina! I'm glad you had good weather for your Edinburgh trip and I do hope Nessie wont eat you up! Enjoy your trip.

I can't believe you've had 2 fire alarms to deal with. I hope you're not a secret smoker. LOL You seem to have covered the whole of Edinburgh in one day.