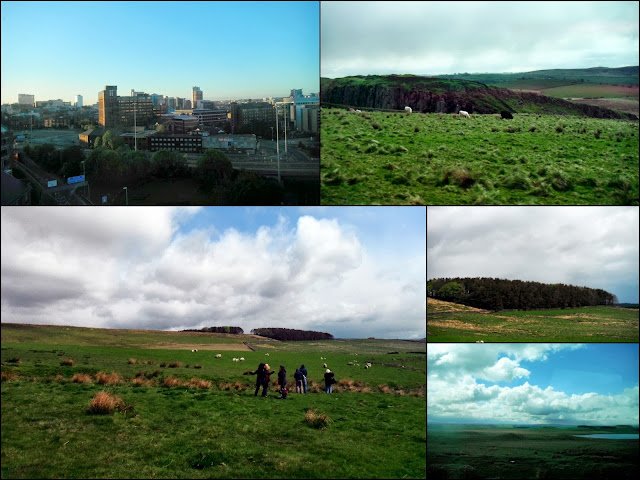 The morning started with a nice breakfast and then we left the hotel at 7.15 direction Edinbourgh in Scotland. It was quiet cool and very windy which made the temperature even more unpleasant. 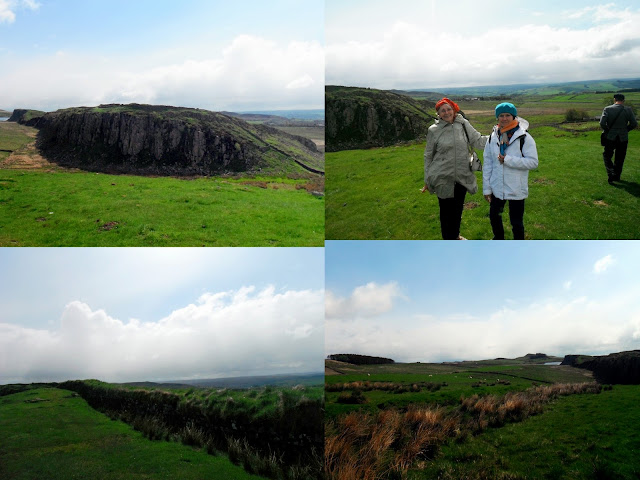 Our first stop was the Hadrians wall, very impressive when your think that this wall is over 2000 years old and was built by the Romans. The landscape was of outstanding beauty ! This patchwork of different greens and yellows was just amazing.

After having taken enough pictures of the wall, we returned to the bus just in time to avoid a shower. In fact we were quiet lucky, the sun came out when we were outside and it started to rain when we got back into the bus ! 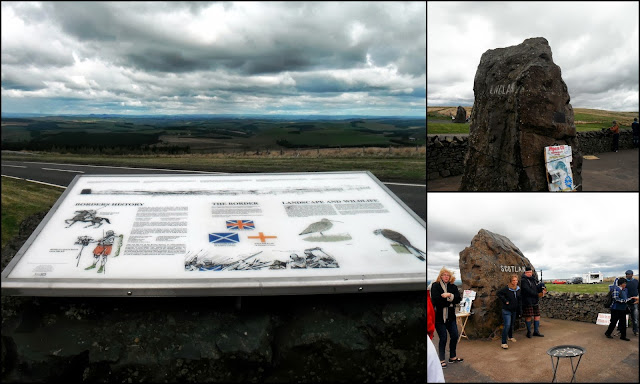 Next stop was the Scottish "Border" with a guy in a kilt playing backpipes and against some money allowed to take a picture of him. I didn't like at all the fact that there was a "border", after all I was in the United Kingdom ! Apparently there was Scottish money too, but I haven't seen any. 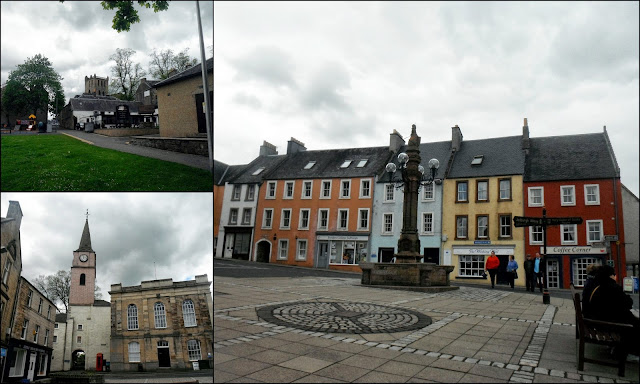 We then made a stop at Jedburgh for lunch, there was not much to see besides the Abbey, but I found a nice red beret which I bought because the scarf I was wearing was not warm enough, it was as cold as in winter ! I also bought a thicker scarf. We left Jedburgh for Edinburgh and arrived there at 2 pm. 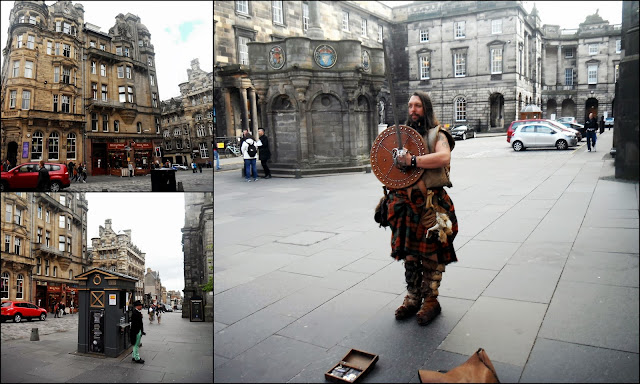 Our guide took us for a walk through the city and explained some historical buildings. 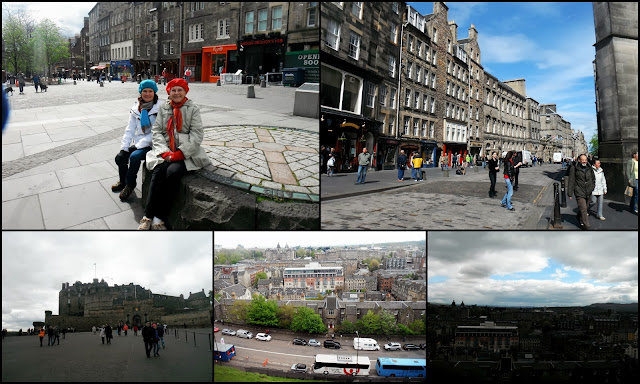 We went up to Edinburgh castle from where we had a very nice view over the city. 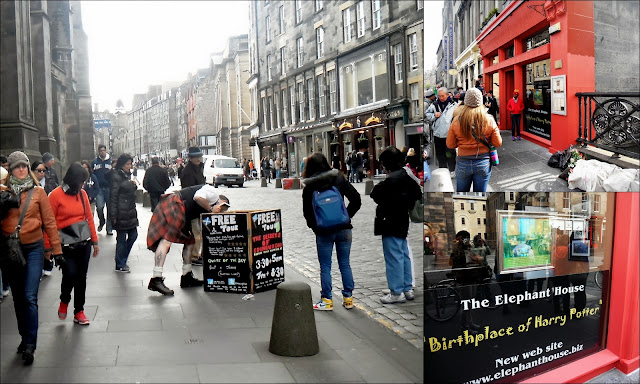 We saw the Pub where J.K. Rowling wrote Harry Potter, because it was cold and she had no money to pay the heating for her flat. Today she probably could pay the heating costs of whole Edinburgh. 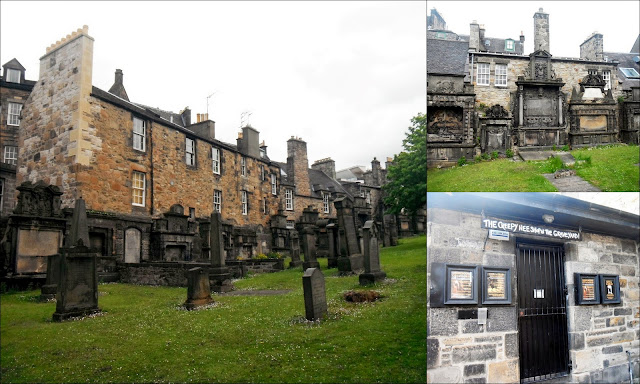 To finish our  tour we went to the graveyard which was quiet special as people were living in these houses and had a nice view on the old gravestones. There were many creepy stories about this graveyard.

After such a long day we had our supper in the hotel and I am just able to write this post and will then fall into my bed half dead ! Tomorrow is a day off and we will make a tour through Edinbourgh of our own. So we can rest a bit and go later to visit the town.

Your trip sounds wonderful. I love old graveyards and bag pipes and men in kilts and 2000 year old walls, in fact the whole of the UK. Especially Scotland. Have fun. Well I don't need to tell you that, I think you are having fun.

Hi Gattina .. it is cold and I expect more so further north .. your red beret and scarf look wonderful.

The photos too - and I'm sure walking around Edinburgh will have been fun ... you're fitting lots in .. I've never been to Jedburgh .. but obviously a place I should go to ..

Thanks for taking us with you in this wonderful trip!Your pictures are wonderful!
Léia

What a pity about the weather. It is very cold at the moment but that red scarf and beret looks just the thing to be wearing. I am following your tour with great interest. You are managing to see and do so much in such a short time.

So wish I had realised you were in York as we would have come to have coffee with you. We are only 20 mins drive from York .

You must have been in Newcastle to see Hadrian's Wall, where my partner comes from.

If it rains: go to the whiskey experience (close to the castle): you get to learn how to drink whiskey!