After a nice trip without any problems we took the Eurostar train in Brussels and not even 2 h later we arrived in London.

I had looked on internet which tube to take to our hostel and we found it without any problems. Public transports in London are just great even I with my non existant orientation sense found the way ! I turned out that the bus we had to take at London Bridge stopped right in front of our hostel. 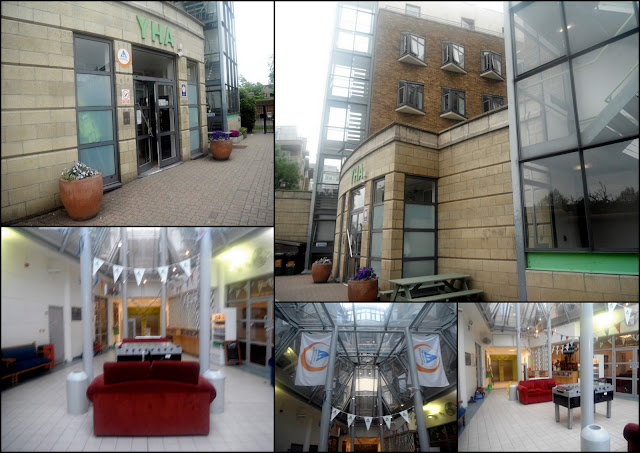 We had just put our luggage in a locker because it was 11 am and our room was only available at 2 pm, that the fire alarm started howling that it hurt our ears, we had to go outside and 3 min later firemen arrived and checked what had happened. 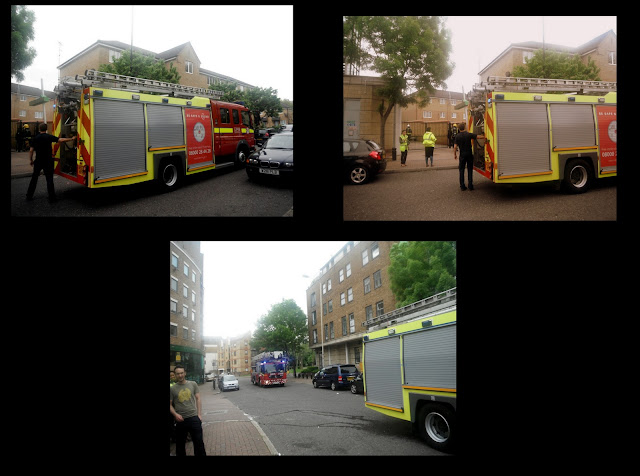 Then arrived a second truck. I found that rather funny, the other guests laughed too, but Ilona was worried about our papers we had left in the locker. But 10 min later we could go in again, apparently a washing machine had caused steam and the fire alarm went off. What a "warm" welcome ! 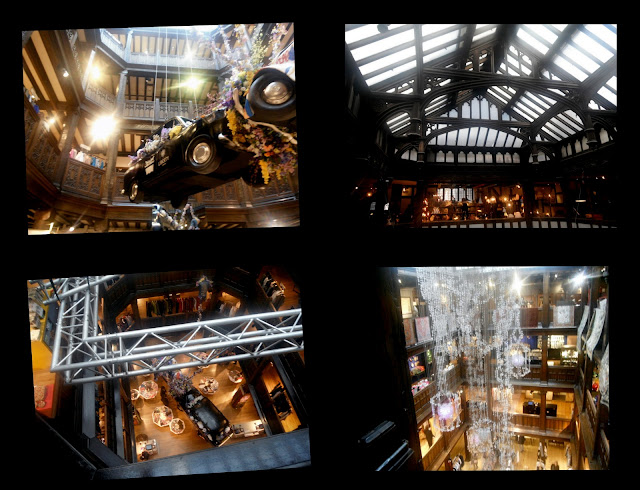 After this "shock" we went to London's city center, walked along Oxford street, had a look into the beautiful "Liberty house" store, where cars covered with flowers were hanging from the ceiling.

We walked through Carnaby street and then I wanted to show Ilona Covent Garden. I don't know why, but I mixed it up with "Camden Town" which is completely in another direction and rather far away from the center. 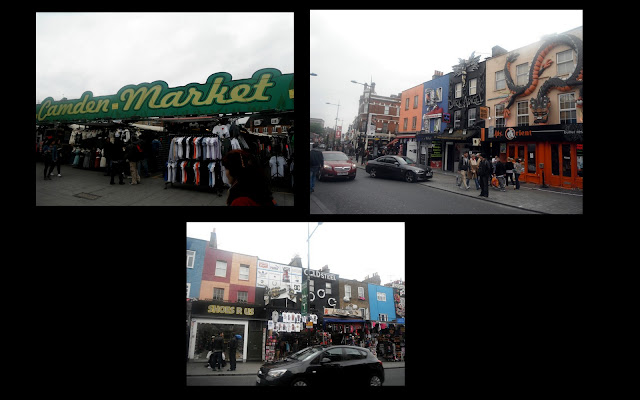 But it was very nice, because it's quiet a special area with lots of tatoos and piercing shops, very fancy clothing and lots of Punks and Gothics walking around. We had coffee there and then took the tube and the bus back to check into our hostel and got a room in the 4th floor with bank beds ! I think I once slept "on the first floor" of a bed when I was about ten, so I insited to sleep up there 60 years later. Ilona was happy because she didn't like to sleep "high" ! I just wrote this post and then we went to bed.
Tomorrow morning our bus tour starts at 6.30 am !
Posted by Gattina at 06:00

Wow, glad you're having a lot of fun on your first day of the UK trip. I need to get back there again, it's been a while.

Hi Gattina .. well you got some exercise seeing so many places .. and am happy the bunk beds seem satisfactory and hope you had a good night's sleep.

Nice hostel, hope it is inexpensive. What an exciting welcome! LOL

Happy travelling, try not to fall out of your top bunk bed.
Why were there cars hanging from the ceiling in Liberty? Interesting!

I loved Camden Town! Spent a whole day and it still wasn't enough!

Mistakes can be good. I think Camden Town might be more interesting than Covent Garden.

I have the funniest memories of my visits to Camden Town....wishing to be there again. Maybe soon...I hope.

You are SO good in London, so I'm not surprised you took the bus that dropped you in front of your hostel. Wow, that sure was a warm welcome. I enjoyed this post and look forward to more. (I still wish I was with you! ) Hugs Jo PS is the weather a bit better than it was a year ago?

Sounds a lot of fun!!! The hostel looks very nice! I would want to see the punks ! But I"m sure you took many pics!!!I'll be patient to see them! Bonne route!

What an exciting start with the fire brigade turning up. It's a shame you mixed up Camden with Covent garden but there are many things of interest in Camden. Did you walk down by the canal which runs alongside London Zoo?

I am so excited for you and to read your posts. In 2007, we spent three months in London (to celebrate our Golden Anniversary year); it was a dream come true for me! I agree, the tube/bus/train system there is absolutely fantastic.